Holden had the first of a two-part class last Friday down at the Lower East Side Ecology Center.  I reached out to them a few months ago and asked if they did classes for elementary age kids.  Usually, they bring their instructors into schools to teach about topics such as Urban Biodiversity and East River Ecology.  They do offer after school classes at their space on the shore of the East River, just under the Williamsburg Bridge, and said that they could do something for homeschoolers there as well.  So I booked two consecutive Fridays for a group of about 30 kids.


It was a gorgeous day to be at the river and the class was fantastic!  The kids got to pull up oyster cages and see lots of marine life and then take it into their classroom and inspect them under a microscope.  They learned how to test the water for salinity and turbidity (and why those are important).  They discussed why the health of the river is important to our own health and what pollutants there are.  There was history, science, math, social studies...all wrapped into one! 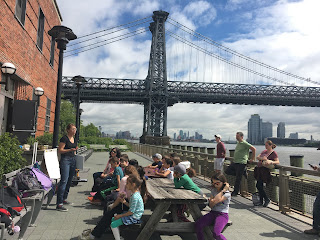 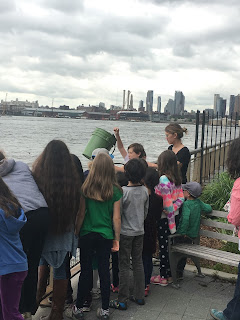 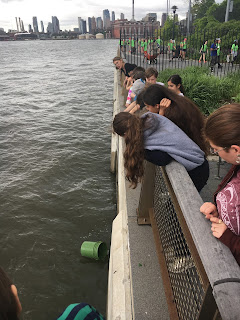 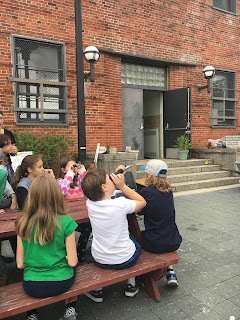 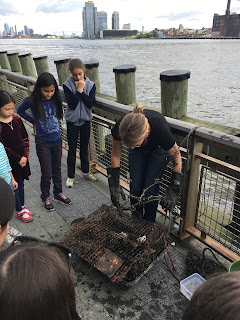 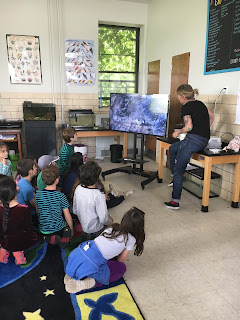 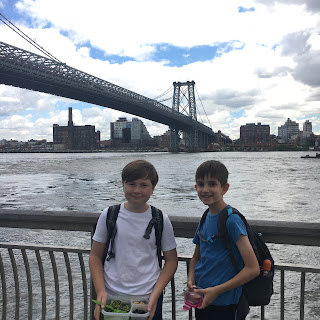 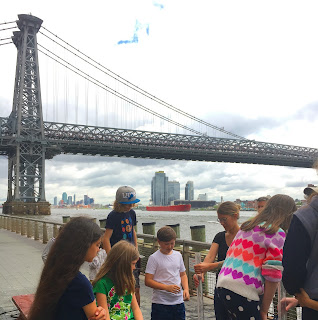 We return tomorrow for part two.


Today Holden is back at the Bronx Zoo for his weekly zoo school class.  This week they will be learning about predators and prey.  Luckily, my good friend offered to take Holden this week so that I could catch up on a long list of to-dos (not the least of which was catching up on this blog!).  We are leaving at the end of this month for a big trip (I'll leave those of you who don't know in suspense!) and so I've got much to do to get ready - in addition to my regular job description as catch-all for this family.

We had an amazing Memorial Day weekend up in Woodstock.  The weather was beautiful and Holden brought his friend Simon up with him.  While we didn't have time for a long hike (there was a short one though), we did finish a lot of the things we wanted to get done before summer and visitors coming.

Here are some before photos of the back house.  We've been using it as storage since we bought the place but had always planned to turn it into extra sleeping space. 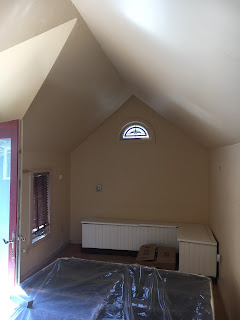 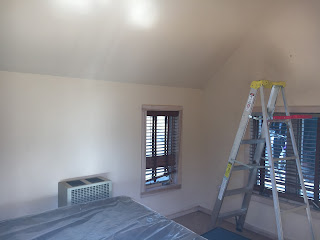 It wasn't horrible, but a blah beige color with ugly linoleum flooring.

Now it's fresh and bright and clean and has a beautiful wood flooring!  And the best part is we did it all by ourselves. 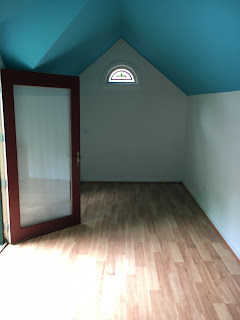 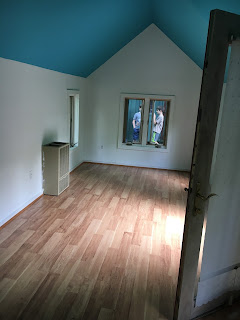 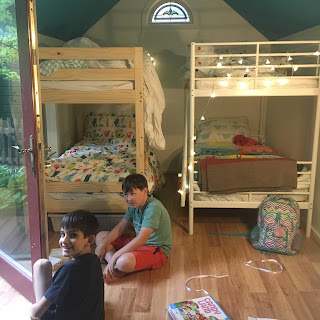 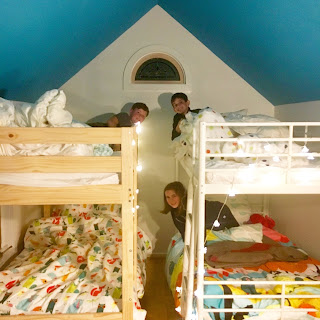 The kids slept out there and absolutely love it!  Kevin and I felt like we were on vacation by ourselves with a quiet house at night, sleeping in and having a peaceful cup of coffee in the morning.  All without little ones running around.  And of course the kids love the independence and privacy.

Kevin and I walked into the house after the last piece of IKEA furniture was assembled, high-fiving and congratulating ourselves on all of the hard work we accomplished on the back house, only to find a pool of water under our washing machine!  Old Kevin and Gretchen would have grabbed the phone and called a plumber.  But we have a new sense of confidence when it comes to DIY.  Instead I pulled out my phone, searched a few sites, and before long had Kevin pulling out the machine, finding the leaky hose, heading off to the hardware store to get a new one, and replacing it all by ourselves.  Ten bucks and we were back in laundry business.  Seriously, it's such a good feeling to figure it out ourselves.

Simon and the kids got to see lots of wildlife - a snake, frogs, woodchucks, and even a mama deer and a brand new fawn right in our front yard.  The crazy thing is that it was Memorial Day weekend last year when we saw the exact same scene.  Perhaps even the same mama deer. 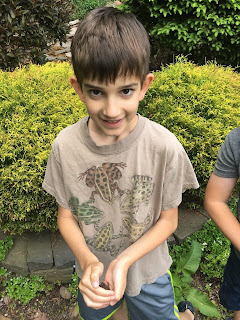 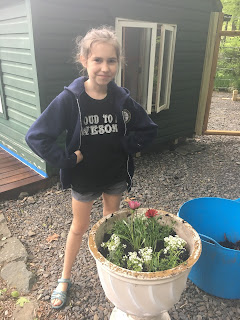 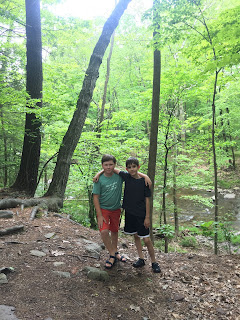 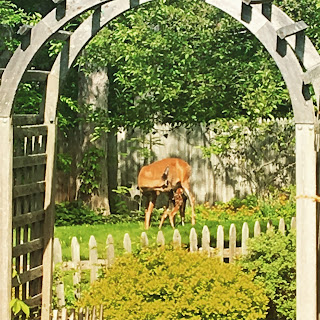 We enjoyed several barbeques including using the BBQ as a pizza oven.  And on our way home to the city on Monday we stopped just north of the city at our good friends the Van Engens, for Sharon's 40th birthday party.  A great end to a perfect weekend. 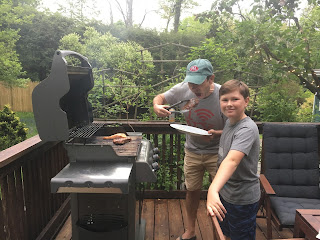 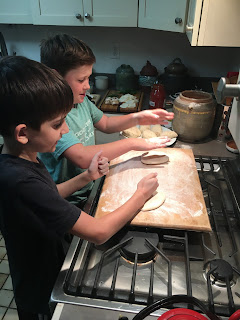 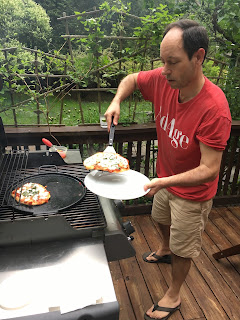 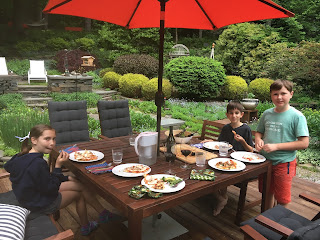 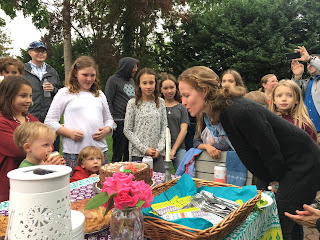