That is our family's philosophy (without ever really having discussed it).

The work part came last weekend in Woodstock.  Spring seems to be when we work on the house.  Summers are spent at the swimming hole, winters on the ski slopes, but spring is when we fix/clean/plant/paint/improve the property. 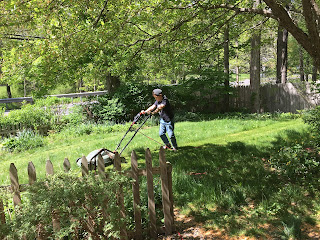 Kevin and I are feeling *really* proud of ourselves.  Before moving to New York, we were not at all handy.  When your father-in-law is like MacGyver and can fix anything at all and make it look effortless, and he lives just 8 minutes away, why would you ever learn to do anything yourself?  So once we no longer had our free handyman within driving distance, we started doing small things ourselves.  First we watched videos on how to replace the light fixture in the guest room.  Then I read articles on how to replace a toilet seat and install a European-wired chandelier.  But this weekend we graduated to installing wood flooring.


Here are the before pictures of the back house.  It had some nasty, stained linoleum. 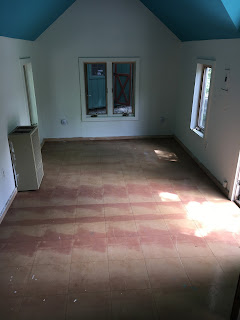 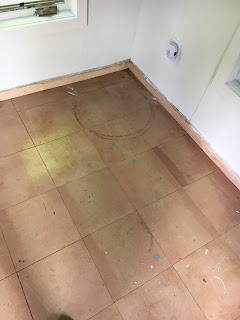 I can't tell you how many YouTube videos I watched, but what I can tell you is that there is nothing you can't learn on YouTube.

Our local hardware store rents tools so we were able to rent a circular saw to cut the end pieces.  In just a few hours we had beautiful, new wood flooring down in the kids cabin. 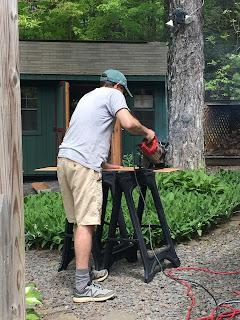 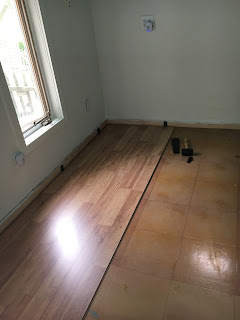 This weekend we'll finish the quarter rounds along the edges.  We figured out the hard way that we're going to have to rent a nail gun for that.  Once those are in I'll get a nice photo of the finished flooring.

Our garden is going bonkers.  May is its heyday.  And I can see that this weekend when we go up the peonies (my favorite!) will be in bloom.  You couldn't keep me away. 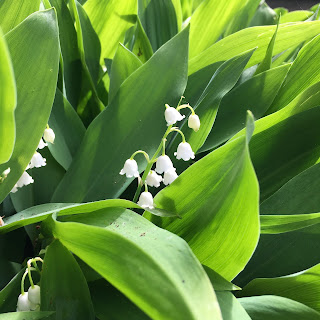 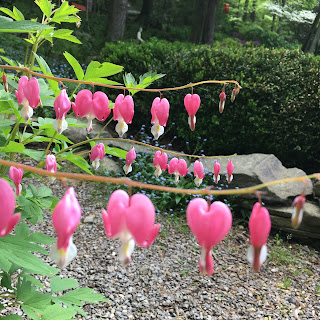 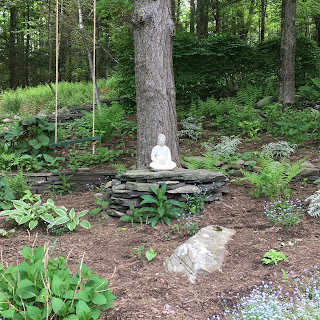 The weather in both Woodstock and the city have been gorgeous and we've tried to spend as much time outside.  It's a fairly short window between being too cold to be out and being to hot and humid.

Holden had Zoo School this week and his sword fighting class in Central Park, and I joined my buddies on my friend's rooftop for some cocktails at sunset. 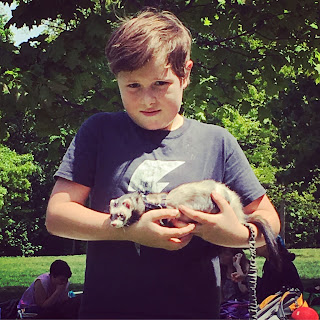 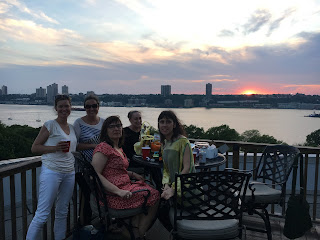 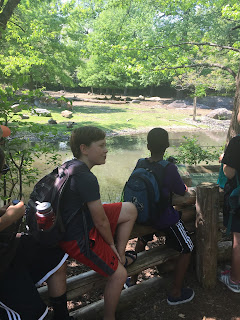 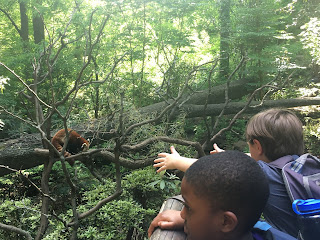 I even took Ella's book club out to Lincoln Center for lunch to enjoy the sunshine. 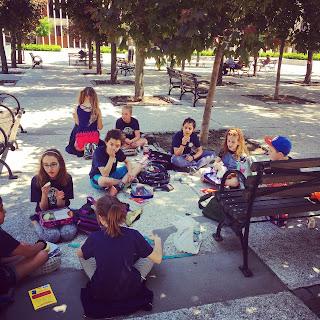 The current president of the Parents Association at Ella's school asked me if I would join him as co-president next year.  It's a two-year term and honestly, I don't think I totally know what I'm in for.  But we ran and were elected and now I'm committed to figuring it out over the next two years.

My first executive action was to host a Moms' Happy Hour last night at a bar near her school.  Middle school is different from elementary school in that the kids get to and from school on their own, so you don't have as much opportunity to meet the other parents at drop off and pick up.  I had no idea if anyone would show up to a happy hour but I thought it would be nice for us to get to know each other better.  I sent an invitation to the 8 email addresses that I had for moms at the school and told them to forward it to their friends.  We had at least 60 moms there last night!  The place was packed and everyone was so thankful to have an opportunity to get to know each other.

I think I have this president thing down better already than Trump.