In an effort to catch up on my weeks of neglect, this is my second post today.  So if you haven't read anything about Team Skaggs in three weeks, scroll down to the first post about our spring break before reading this one.  Not that it makes much difference.  Now that I think about it, read it in any order you want.  Our life is happily, predictably unpredictable. 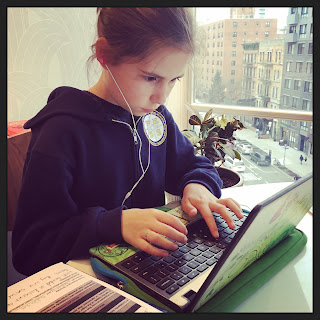 Life since spring break has been filled with lots of academic and personal achievements for Ella.  First, she was notified that she made the honor roll for a second time in a row.  She is rocking this school thing.  Then we found out that she is once again being honored with a small group of students who were "caught being good."  Apparently that means that they are proudly representing their school's values: creativity, wonder, compassion, and resilience.  How cool are those values?? 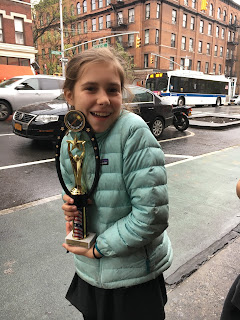 You may remember that at her first debate tournament last fall the principal had to comfort Ella when she started crying.  Fast forward seven months and she won all four of her debates last Saturday and the topics, as usual, weren't easy: "Gentrification does more harm than good", "Pluto should regain its planetary status", "The Supreme Court should significantly increase its number of justices", and "New York should remain a sanctuary city."  This was against dozens of top schools in the greater New York City area (I believe hers is the only public school in the league) and teams with 8th graders (Ella's school doesn't go through 8th grade yet).  Our little eleven-year-old came home with a trophy and enough self-confidence to burst her enormous head. 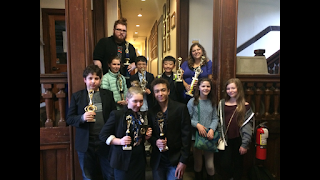 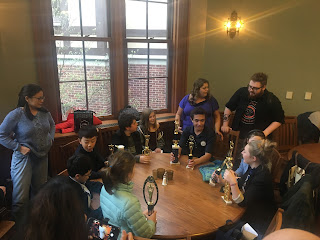 I've been able to chaperone a few field trips at Ella's school.  In the last couple weeks we've hit the Jewish Museum (field work for their comparative religions paper), a puppet show about the watershed in New York and where the city gets its drinking water from, and a one-woman show about a book that Ella read called The Children of Willesden Lane, about an Austrian Jewish girl in WWII which was amazing.  I know how to volunteer for her school! 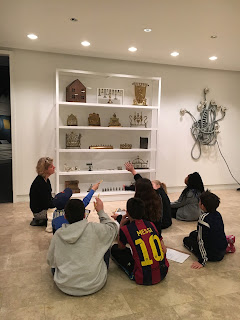 Ella also got to take a Crew bonding trip to the campus of Outward Bound NYC for an afternoon of rock climbing. 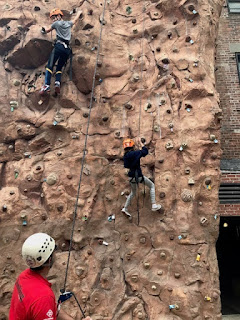 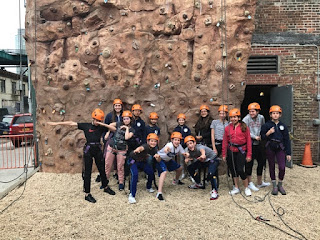 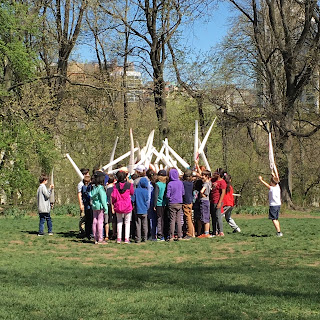 He has enjoyed a play in Spanish with his best friend Simon, not one but TWO slumber parties, a going away party for a good friend, and an amazing day out on an island in the New York Harbor for Earth Day. 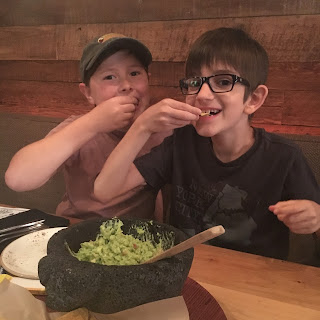 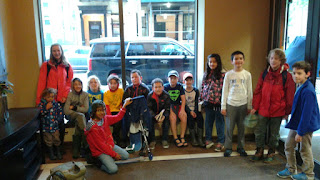 We joined a group of homeschoolers for a day of working on a teaching farm on Governors Island, a small, former military island in between Manhattan and Brooklyn.  The city is now fixing up the island for public use and it is also home to a public high school where kids can learn to captain a boat, scuba dive, and anything having to do with marine biology.  Pretty amazing. 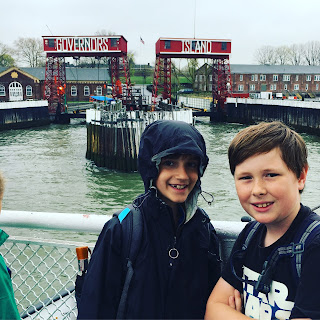 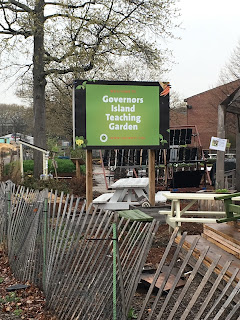 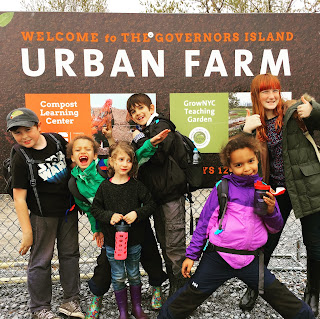 We worked mostly in the composting learning center and really did learn more than I ever thought I wanted to know about compost.  The island is where all of the compost that is dropped off at any of the dozens of farmers markets across the city end up.  Holden and I spent three hours shoveling rotten food into bins to be fed to the chickens on site.  We also planted pansies and herbs in the garden, searched for eggs in the hen house, and got dirtier than I would have liked considering we then had to take the subway home during rush hour. 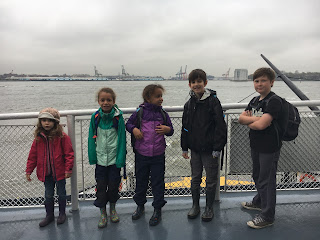 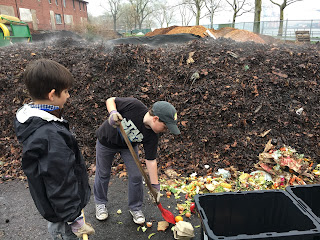 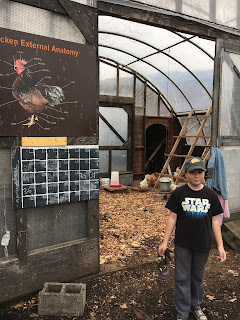 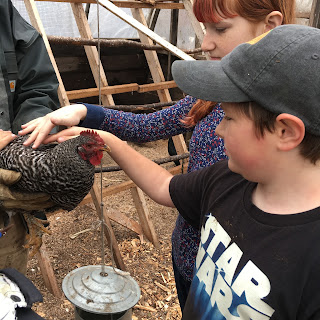 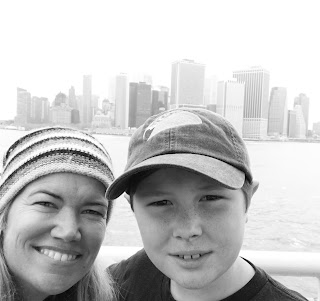 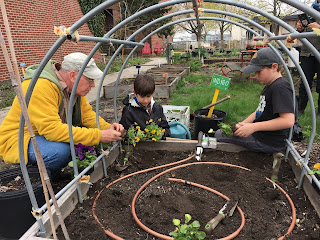 Last weekend Kevin and I got a treat.  Our good friends from the old neighborhood, Lori and Angus, were in town.  Angus produced a short animated film that is beautiful. It was chosen by Whoopi Goldberg to be included in the TriBeCa Film Festival.  It was so fun to celebrate with those guys out on the town and to bring our kids to see the show and hear Angus speak on a panel the next day. 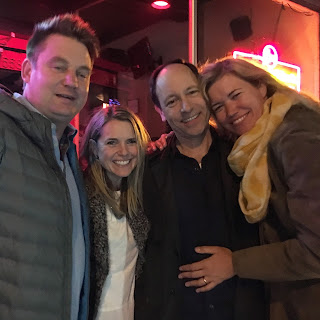 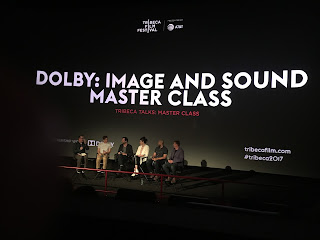 You know, just another boring week for Team Skaggs. 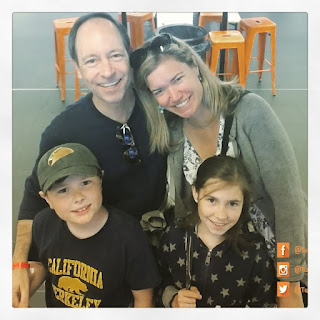