My biggest act of rebellion against our current administration is not the protests I attend or the phone calls I make or the postcards I write.  I'm thinking more long term.  Especially after hearing on the radio this morning that the Gorsuch appointment will change our Supreme Court (not in my favor) for a generation.

My act of rebellion is raising politically aware and socially conscious kids. 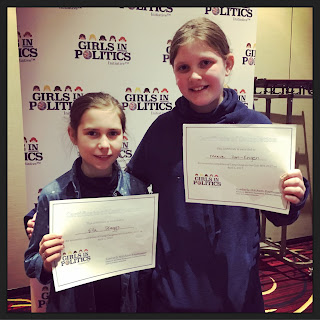 Ella spent all day on Saturday in a conference room in Midtown.  Girls in Politics is a program of the Political Institute for Women that introduces girls ages 8 to 17 to politics.  They offer different camps across the country throughout the year covering the United Nations, Parliament, careers in politics, and congress.  Saturday was the Camp Congress for Girls where they learned by actually recreating running for congress, making real fundraising phone calls, completing the same forms anyone running for congress has to complete and writing bills.  Who knows if Ella will ever go into politics, but this experience will teach her more about how this part of our political system works than any school or class could. 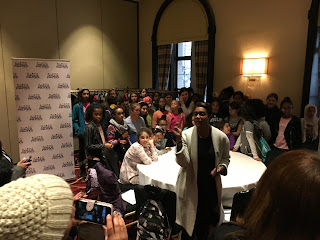 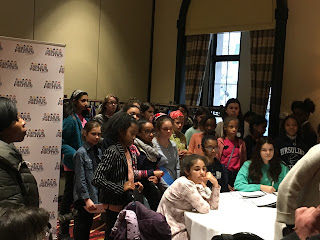 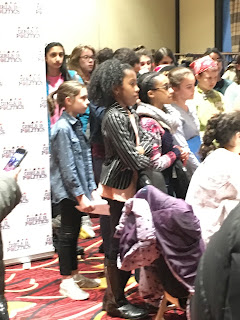 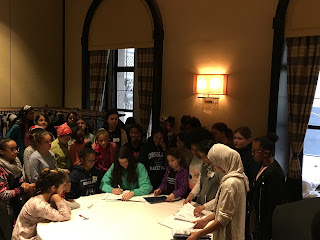 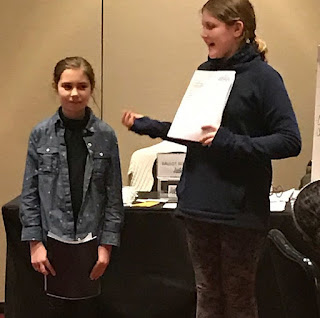 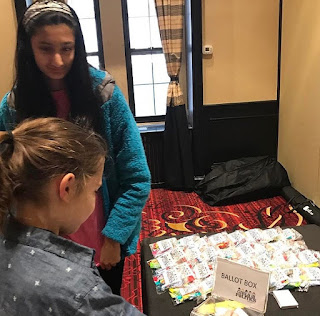 While she and her friend Maeve were in camp, Maeve's mom and I spent an amazing 9 uninterrupted hours enjoying each other's company, eating out, visiting not just the Whitney Museum but also the Museum of Modern Art.  Both of us needed this entire day to just be women and not mothers. 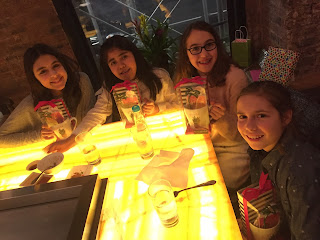 And after her very long day on Saturday, Ella enjoyed herself at a very Manhattan 12-year old birthday party: a late night sushi dinner at a hip restaurant.

I also got to have some quality me-time on Friday night while the kids were in their Met class and Kevin was home in bed not feeling well.  I rented an audio guide of the new China exhibit and spent a couple hours walking through it on my own, remembering many things I had seen when I visited China with my mom when I was Ella's age. 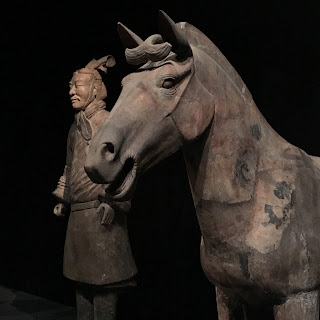 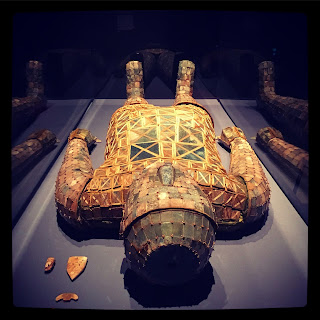 Back to raising my freedom fighters.

Holden spent last Wednesday helping to make and serve lunch to 100 hungry New Yorkers.  I was so proud of how easily he did this, not feeling uncomfortable at all approaching homeless and poor people to ask what they need, if he could refill their coffee, bring them more soup.  This synagogue has a very dignified model of actually serving those who come to eat, as you would in a restaurant, rather than have them wait in line to collect their food.  It's their one time a week to be waited on. 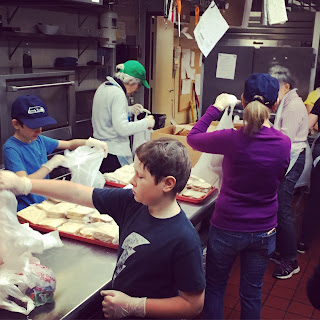 For obvious privacy reasons I didn't take photos while we were serving the guests.

Holden also recently completed a homeschool class on Fake News.  I posted a New York Times article to our homeschool list serve that discussed how to teach about fake news to kids and evaluating news sources.  Another mom on the list who is also a professor replied that she teaches this subject at the university level and would be happy to pull together a similar course for young children if there was interest.  There definitely was interest and Holden benefited greatly from her class.  She even had the kids write their own piece of satirical news.  Holden's had something to do with Trump not only banning Syrians but also Syrian hamsters (such as our very own Bob).


The best news is that the weather has finally officially turned to spring.  That means much rain here but at least it also means that the threat of more snow is over and the temperatures are climbing.  The kids and I will spend all of next week (Ella's spring break) up in Woodstock, hopefully outdoors, while Kevin visits us there on the weekends. 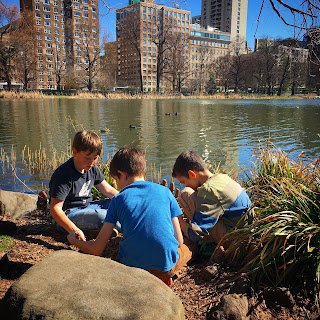