My excuse for my very long absence is that I was flying solo for a week while Kevin played worked in Austin at the South By Southwest Festival (SXSW).  The kids and I still had a fun week without him but blogging was way down on my to-do list. 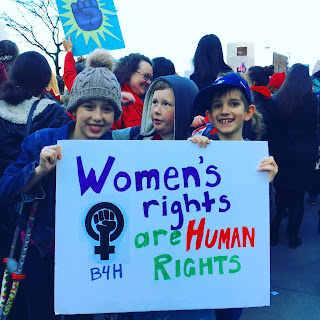 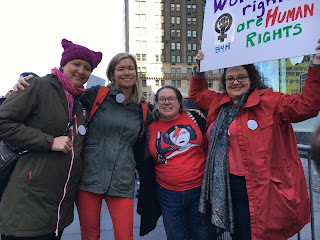 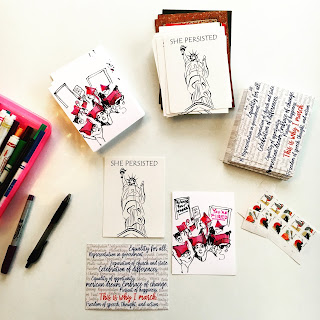 The kids and I continue to fight the good fight by attending rallies, writing letters, making phone calls to Congress, and protesting policies we are against.  The silver lining is that it has all been a great learning experience for the kids on government and more importantly, citizenship. 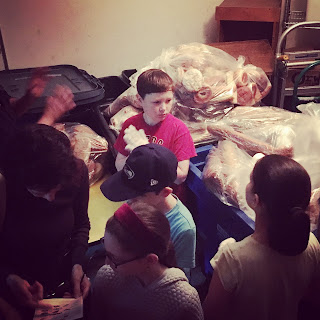 I try to connect this with the volunteer work that Holden continues to do on Wednesdays with his homeschool volunteer club.  In the last couple weeks they have sorted food at a food bank and socialized with seniors at a local senior center.

It sounds like Kevin had a great time in Texas mixing business with pleasure.  He got to hear some of his heroes speak (and even met a few), listened to good music, ate great food, and met up with some old and new friends.  He also missed out on our East Coast blizzard and enjoyed t-shirt weather. 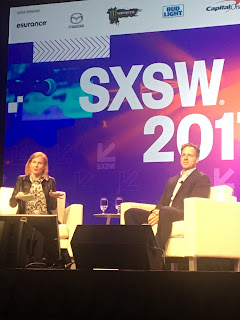 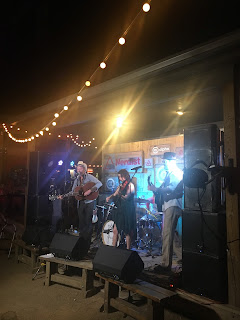 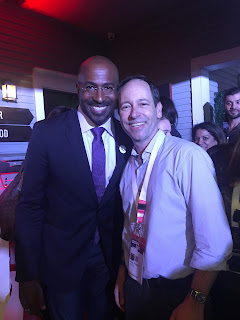 He got to spend an unexpected extra day there since he wasn't able to fly through the storm.  Luckily, he scored a room at the Four Seasons for his last night.  Meanwhile, the rest of Team Skaggs stayed put at home on Tuesday since NYC schools were closed, watching movies and being warm and lazy. 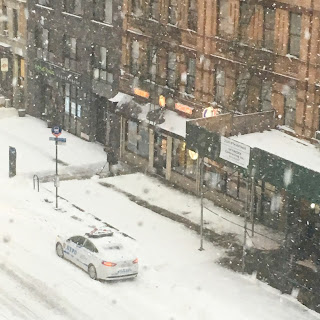 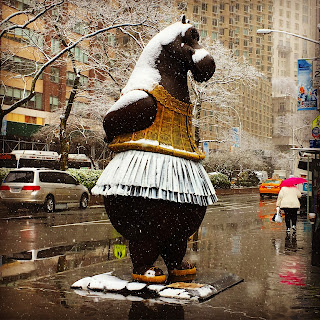 Holden continues to love his homeschool classes.  While Ella had a big debate tournament on Saturday (her team won a trophy!), Holden and I took a class at the Center for Architecture.  They are currently showing an exhibit on African Modernism, modern buildings from the 50s and 60s.  We toured the exhibit and then the kids had a couple hours to create their own modern structure and present it.  Holden did a fantastic job and the teachers even took photos to share with friends. 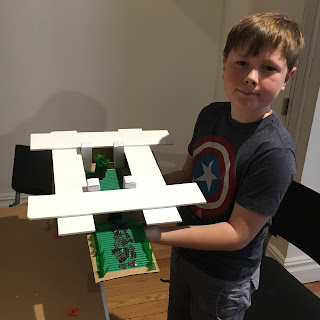 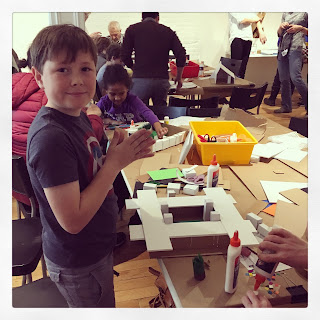 Ella finished her second expedition at school called The Hero's Journey.  All of her classes are connected under a common theme or umbrella called an expedition.  This is one of my favorite things about her school.  Expeditionary Learning ensures that everything is connected and subjects aren't taught in silos.  She brought home a test of hers and I literally couldn't tell if it was a math test or a science test.  The teachers do a fantastic job of working together and coordinating all parts of the expedition and connecting it to the real world.  At the end of each expedition (there are about three per year) the students present what they've learned to various groups: other students, parents, professionals in the field, etc.  Also, instead of parent-teacher conferences they have student led conferences.  Each student presents to the parents and their Crew teacher what they have learned this semester, what their strengths and challenges are, and show us three pieces of work that they are proud of or learned from.  Ella did an amazing job.  It teaches her to really reflect on her learning and her work and to present it publicly. 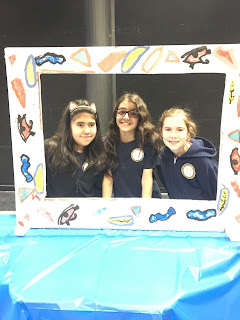 I'm also pretty excited to say that I was asked by her principal to lead a lunchtime book club!  We started this week with the book The Tiger Rising by Kate DiCamillo.  We meet twice a week at lunchtime and I'm so happy to be able to work with Ella's school and get to know her classmates.  I've got a nice mix of avid readers and a few who would probably rather be off at recess but whom the principal thought might benefit from reading with a group.

And finally, Holden and I continue to benefit from midweek, midday plays and concerts at a steep discount.  In the last couple weeks we saw two fantastic shows.  The first was the final show in the Broadway Playhouse series which highlight different composers.  This last one was about Alan Menken who basically wrote most of the big Disney songs that you know and love.  We even got to meet and chat with his sister. 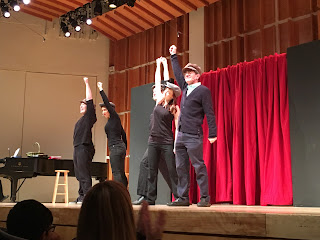 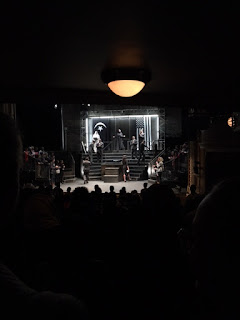 I'm getting as much out of homeschooling as he is, I have no doubt.