Winter: Now You See It, Now You Don't

Last weekend was exactly why we bought the cabin in Woodstock. 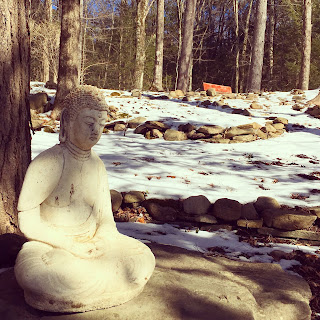 After a stressful week (due to our country's new administration), spending a quiet weekend out of the city, completely unplugging, was exactly what the doctor ordered. 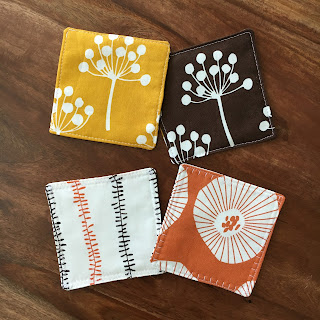 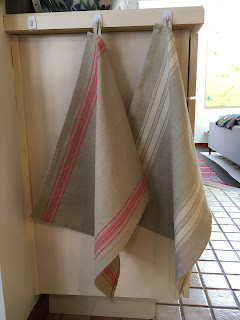 I spent Saturday sipping tea, listening to soft music, and sewing up some coasters and dish towels for the house. 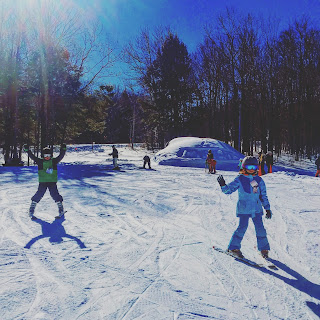 Kevin and the kids had a fun-filled day on the slopes.  This was only Ella's second time skiing but before lunchtime she had had enough of the bunny slope and was already riding high up the mountain on the chairlift. 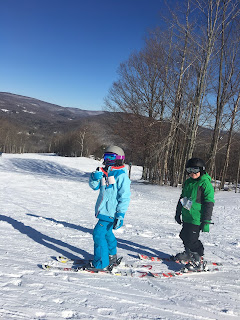 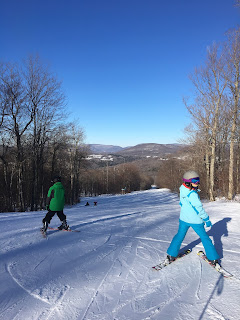 Kevin is thrilled that both kids love skiing so much.  And I was thrilled to have some quiet time alone to recharge. 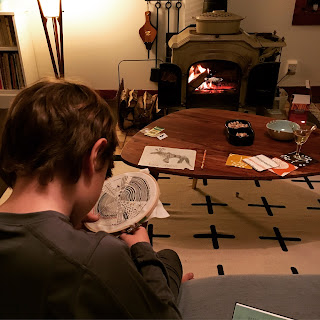 We had a relaxing evening by the fire learning embroidery and having a dance party.  Then a lazy Sunday until we headed back to the city and to some friends' house to watch the Superbowl (really, to watch the commercials and halftime show). 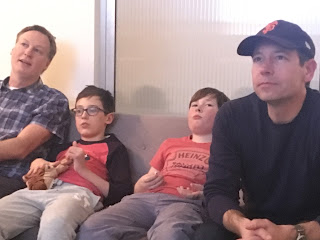 Holden started a new class on Monday morning - coding in Spanish.  He needed another Spanish class a week because one time a week wasn't enough, and since his teacher is also a coding teacher (in English) at a few local schools, I asked her if she could teach Holden coding in Spanish - kind of a two-for-one.  Holden is still taking the coding class with his friends on Thursdays where he's been learning JavaScript and HTML, but in this class his Spanish teacher is helping Holden learn how to program his Sphero (one of those rolling BB-8s).  He LOVES this class and I love that he's getting a second opportunity to speak Spanish during the week. 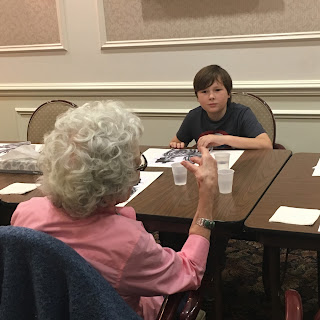 He also continues his Volunteer Club on Wednesdays.  This week they returned to a senior center that they visited last semester.  They painted again with some of the residents who were thrilled to have the kids there to chat with.  One woman was even once a student of the painter Jackson Pollock! 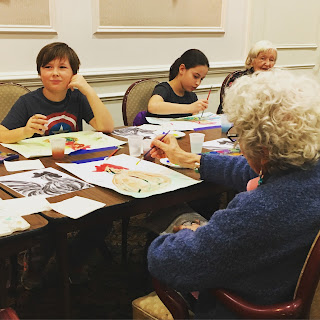 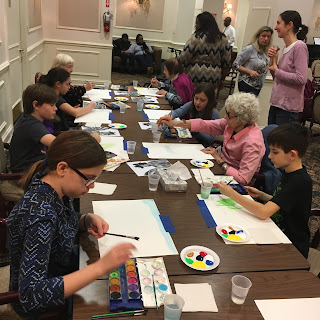 And yesterday we played in Central Park for hours with only short sleeves on - high 60s in February - because we knew that this morning we'd wake up to a snow storm.  It's crazy (or just climate change) that the weather changed so drastically, so quickly.

So both kids are home today enjoying a leisurely snow day.  Yes, even homeschoolers get snow days. :)