It's Good to be Holden

As much as Ella loves her school, she still gets really jealous often when she hears about what Holden and I did during the day.  And I can't blame her. 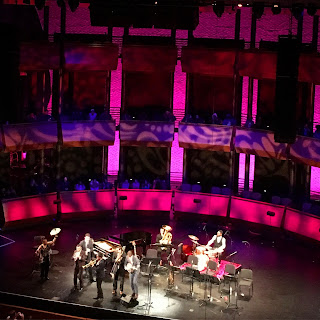 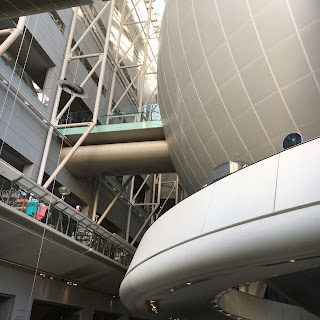 Holden also got to spend his Spanish class this week at the Natural History Museum, his home away from home.  They've been learning about space in Spanish recently, so his teacher had their class this week right in the museum.

And no week would be complete these days without a political protest. 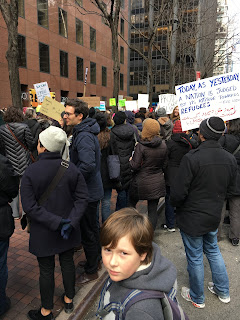 Holden and I made our way down to our senator Chuck Schumer's office to protest Trump's anti-environmental policies.  It worked out well because just that morning he and I had been learning about climate change.