It's been a political week.  Our new president was sworn in last week and I am among many (*many*) who are concerned.  This goes beyond differences in policy (although I disagree with everything I've heard from him so far).  My belief is that he doesn't seem to want to treat this government as being "by and for the people".  He has much more of a "I'm the dad and I say so" kind of mentality to governing.

He's also not even as smart as my 9 and 11-year-old children. 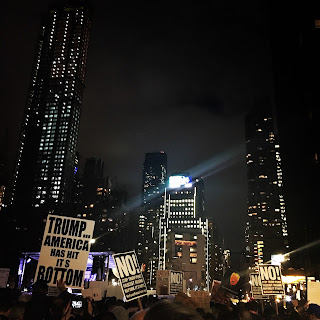 And so on the night before his inauguration I joined 25,000 of my fellow New Yorkers in a rally led by movie maker and activist Michael Moore outside Trump Hotel.  It was an evening filled with inspiring speakers who reminded us that we need to keep President Trump on notice.  He can't proceed to take away the rights of Americans, destroy our relationships with other countries, and make policy decisions that will further jeopardize the future of our planet.


At least, not without a big fight.


Kevin and Holden had a boys weekend up in Woodstock.  Holden had his second trip with the homeschool ski club on Friday and apparently improved dramatically skiing all day with his friends. 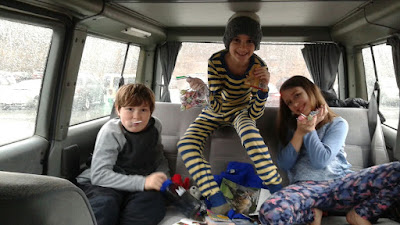 Then on Saturday, he and Kevin skied all day together near Woodstock.  By the end of the day Kevin had Holden taking the chair lift to the top of the mountain.  They closed the place down, taking their last run after the sun had set.  I'm so happy for both Kevin and Holden that he's taken to skiing.  Ella says she's excited to get back up there again, too. 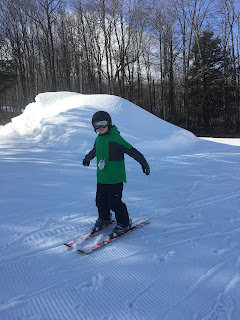 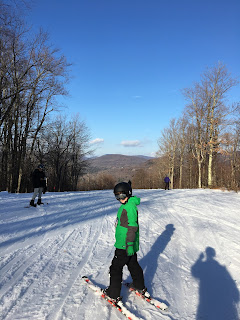 Meanwhile, Ella and I did our own bonding.  On Friday afternoon we joined hundreds of pink hat wearing women (and men) on a train down to Washington DC for the Women's March on Washington.  Ella and I read through and discussed the goals of the march as stated by the organizers on the ride down.  We talked about how important it is to be active in our government.  I explained how many of us had become lax over the last eight years because we had a leader whom we trusted and agreed with on most issues.  But now that we have a new president who makes it sound like he isn't interested in hearing what the majority of citizens want, and who has threatened to take away rights of so many people, I told her how important it is that we stay involved and active.  And the first way to do that is to march and send a message to the White House that we need to be listened to. 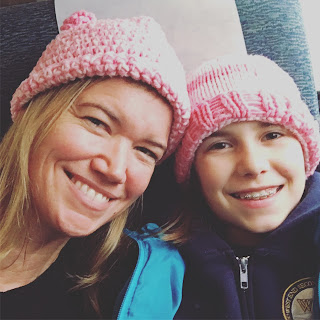 We stayed with my friend Stephanie and her family just outside of DC.  The kids made signs on Saturday morning and the weather couldn't have been nicer for a January day.  We didn't even wear coats! 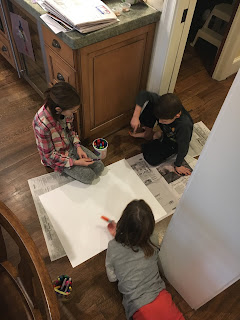 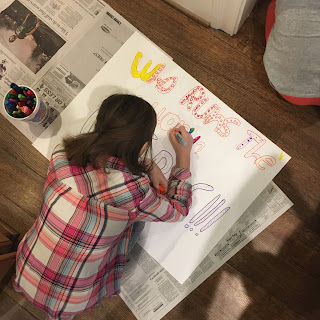 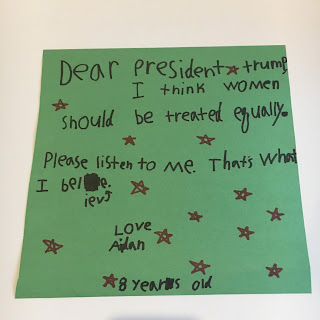 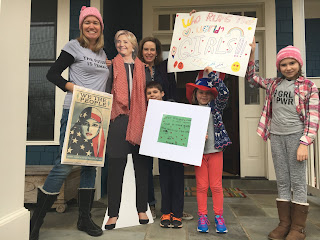 It was an incredible experience walking peacefully down the mall on Washington with hundreds of thousands of like minded people.  No matter which direction I looked, I could never see the end of the marchers.  They still don't know how many were there but estimates are between half a million and one million men, women, children, and everyone in between.

And not a single arrest. 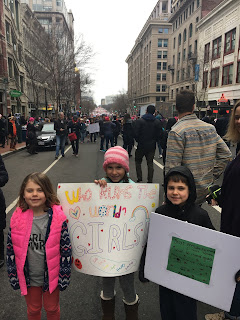 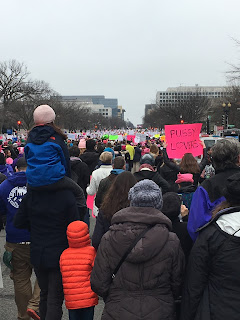 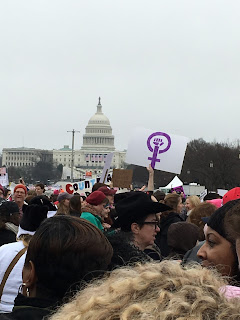 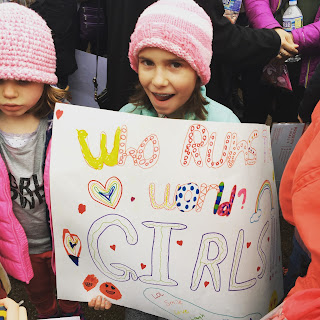 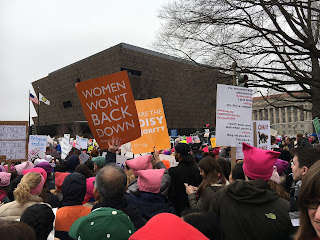 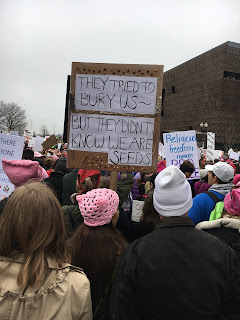 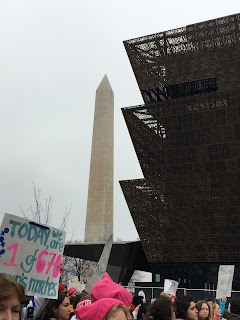 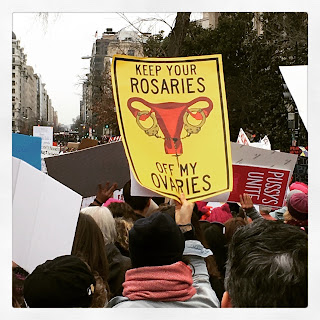 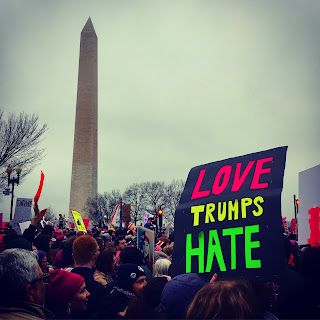 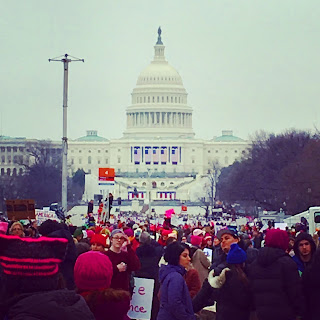 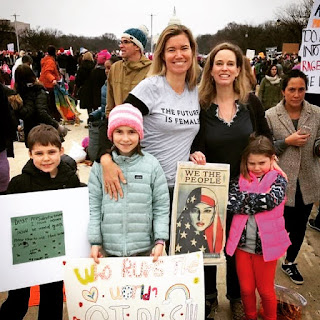 We came home that evening both exhausted and energized.  We watched the news coverage of the hundreds of similar marches around the world on all seven continents.  It is so inspiring to see so much solidarity around the world for women's rights.  Ella and I talked a lot throughout the day about what it means to be a feminist, why all people regardless of gender, race, religion, or sexual orientation are equal and should be treated as such.  And we talked about privilege and why it's important to speak out even if you don't feel like your rights are being threatened. 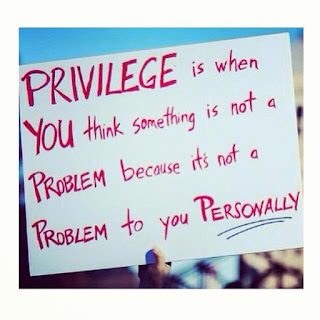 Just when I thought the day couldn't get any better, Ella handed me this. 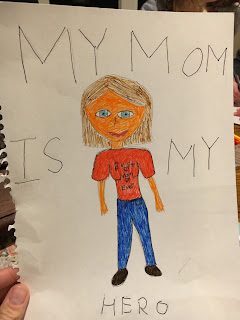 I'm not crying, you're crying. 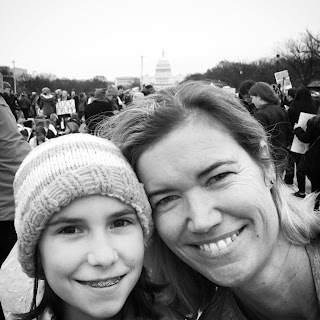