Sumerians, Vikings, and Gladiators, Oh My!

The days are flying by.  Securely back in a routine - early alarm clocks, rushed breakfasts, racing to the bus stop.  Then by 7:30 I'm back home starting on my second cup of coffee and on to what I'm calling my Second Mom Shift - doing it all over again with Holden, minus the run to the bus stop. 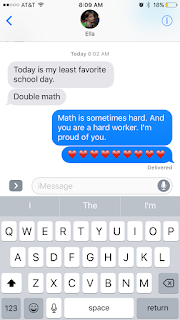 Other than the long days Ella really loves her new school and being back in school in general.  Math, as you can see, is a struggle, but she doesn't give up.  And frankly, she's doing some hard stuff that I almost have trouble helping her with.  She says she's disappointed that some kids at school don't want to be there and don't like school.  She wishes everyone in her class loved learning as much as she does.  I really am proud of her.

Kevin continues to teach the kids history on the weekends.  This year they're focusing on Ancient History which will have a lot of overlap with what Ella is covering in school for Social Studies.  But I doubt her Social Studies teacher will make learning about the Sumerians as much fun as her Dad. 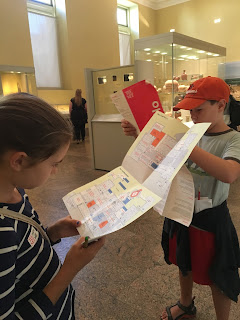 On Saturday after Ella's soccer game, Kevin took the kids to The Met and gave them each their own custom scavenger hunt.  They ran around the museum seeking out a map showing the fertile crescent, a clay tablet from Mesopotamia, an example of cuneiform writing, and references to Isis and Osiris, among other things.  Kevin pulled together a separate list of artifacts for each of them and they all read a chapter from their history book about the first writings of the Egyptians.  I'm pretty proud of him, too. 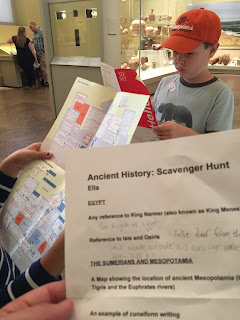 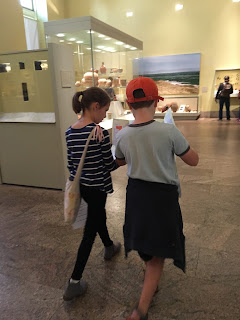 After Ella finished up her homework on Sunday morning we headed out of the apartment to explore the city.  Since we've been spending so many weekends up in Woodstock, we have all really missed our urban adventures. 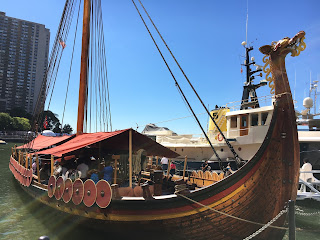 We started way downtown near the World Trade Center where the world's largest Viking ship was docked.  The Norwegian Draken Harald Hårfagre arrived in New York after a sail across the Atlantic from Norway and was open for tours.  The ship followed the historic route of the Norse Vikings and will now continue up through the Great Lakes.  We all enjoyed climbing aboard and hearing about their sail and the craftsmanship of the boat. 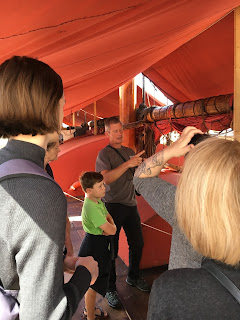 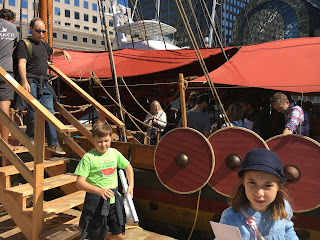 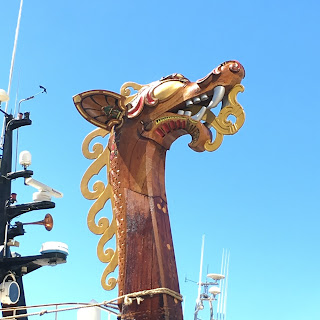 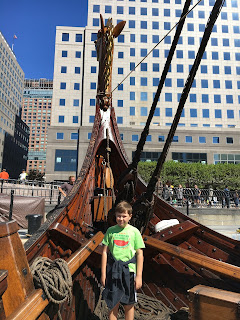 From there we wandered along the waterfront, all the way down and around Battery Park City.  That was our first time walking through there and the path was stunning.  Gorgeous parks along the river with beautiful views of the Statue of Liberty and harbor.  The weather was so nice that we plopped down on the grass and read and relaxed for over an hour. 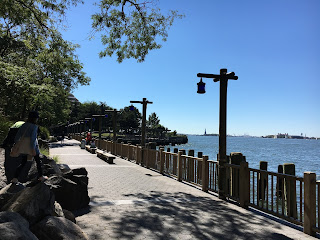 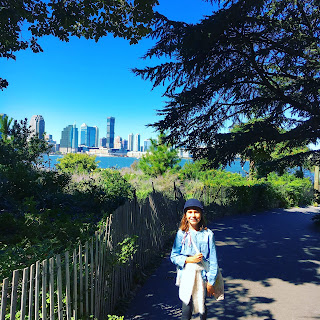 We also finally checked out the brand new $4 Billion shopping mall built at the foot of the World Trade Center.  The Oculus is an enormous, stunning, sculpture-like space with a cut-out (oculus) in the ceiling where the Freedom Tower peeks through. 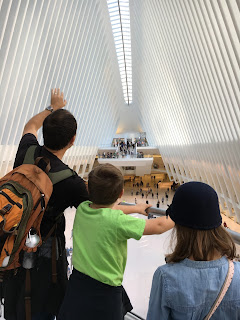 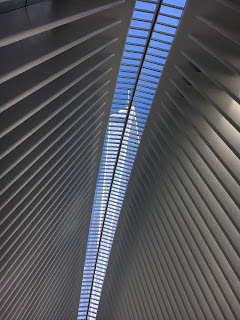 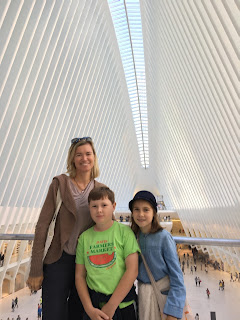 I'm not going to lie though, after we took a few photos and wandered for a few minutes past soldiers holding machine guns, I decided we had seen enough and that it was time to go.  The news of the recent mall shootings and the site of the tower were enough to make me want to be elsewhere.  It was probably one of the very first times I've ever felt even slightly unsafe in New York.

Somewhere that I felt completely safe and at home was last night at the Apollo Theater!  A friend and I went to a Debate Watch Party there and had a blast.  We hooted and hollered as though we were in a Roman arena watching Gladiators fight to the death. 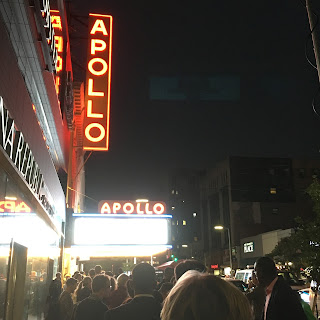 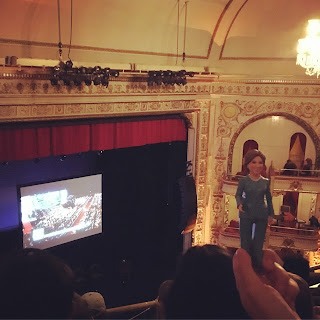 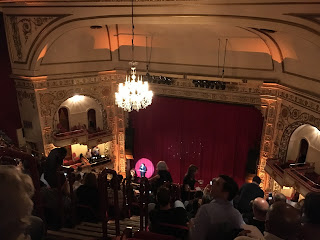 It was the place to be last night. #imwithher