The kids and I had a very relaxing and quiet week up in Woodstock last week.


They went to tennis camp for a few hours each day while I tried to finish emptying the last of our boxes from storage.  This was Ella's first time playing tennis and she fell in love.  She's becoming quite the athlete. 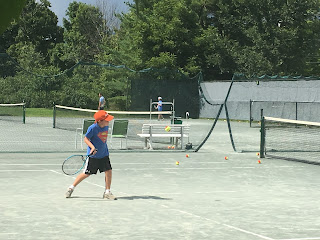 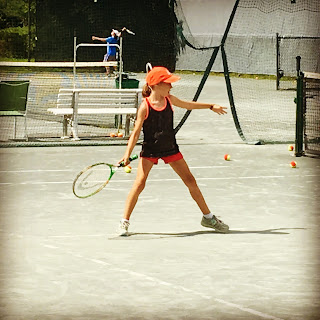 After pick up each day we'd head straight down to one of our two favorite swimming holes to cool off. 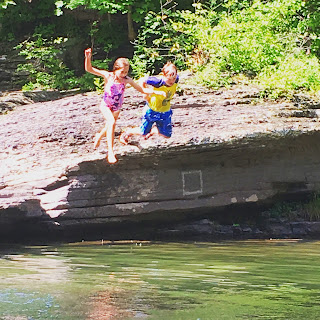 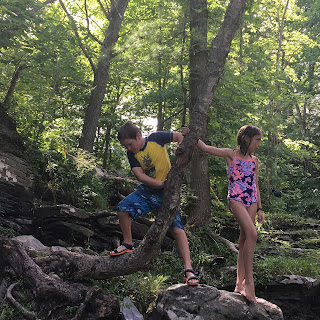 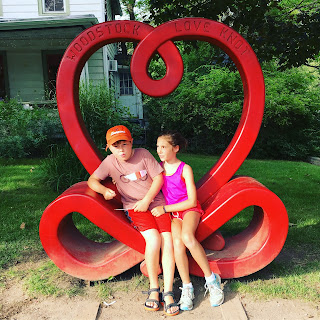 One evening the local public library hosted a rocket science show on their front lawn.  The kids are both very into science, as you know, so it was a hit.  Even when the scientist tied Barbie to one of the rockets and tried to launch her into space. 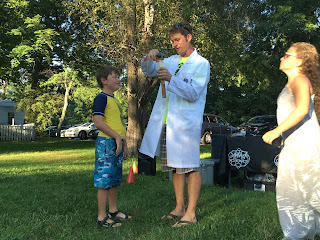 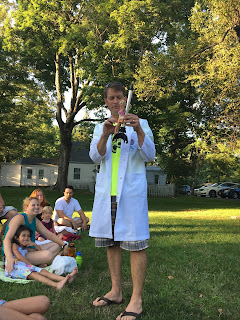 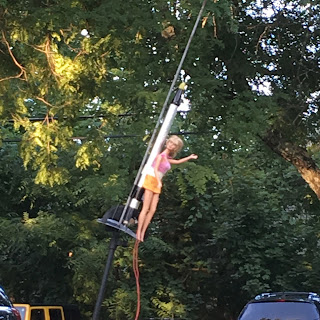 Kevin joined us on Friday and we had another amazing weekend together.

On Saturday we went on what looked to be a short hike behind the Byrdcliffe Art Colony in Woodstock.  The Byrdcliffe Guild, as it's now called, covers more than 300 acres and was a colony formed in 1902 by a group of artists and writers who wanted a place for fellow artists to be able to create.  It still hosts artists in residence in small cabins and has a theater and exhibition space.

We hiked up the mountain behind it and while it was only a mile and a half hike, it was straight up.  My phone thinks that I climbed 49 flights of stairs that day. 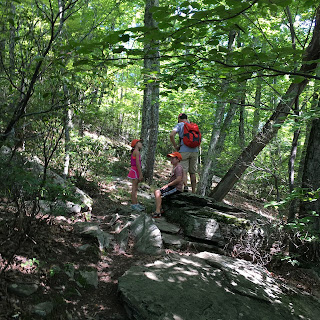 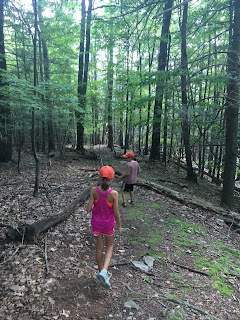 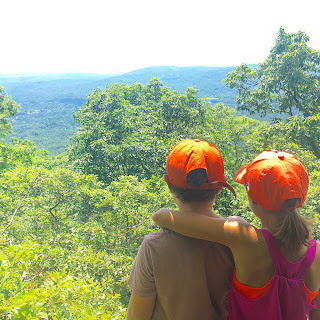 Of course the view at the top make it worth it.

After our hike we quickly showered and changed at home and headed back out to the historic Maverick Concert Hall.  Two of the original Byrdcliffe founders had a falling out in 1916 and one of them broke off and bought a hundred acres on the other side of town and created his own artists retreat.  His was more focused on music and he built an incredible barn modeled after Fijian communal huts, which still stands today.  Mavericks Concerts is the oldest continuous chamber music festival in the country and concerts are held there every weekend with musicians from around the world. 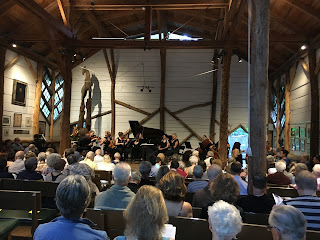 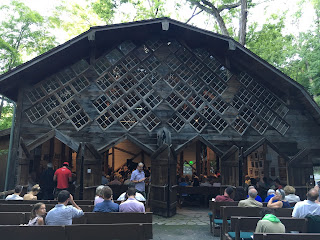 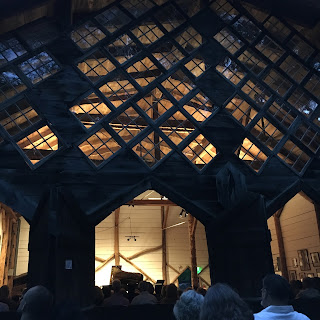 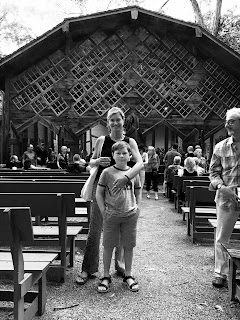 It was pretty magical to sit and listen to this incredible music as the sun set and the cicadas joined in.  Kevin's already asking when we're going back for our next concert.

On Sunday we headed out of town a little earlier than normal so that we could make a stop in the town of New Paltz on the way home.  We've been having fun exploring everything in between the city and Woodstock on our trips home.  After a delicious lunch and stroll through the town filled with bookstores and coffee shops, with live music going on all over the place, we our way to the edge of town to the historic Huguenot Street. 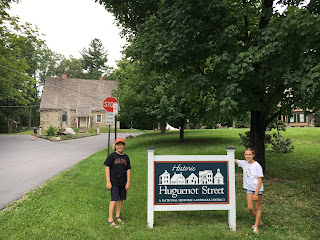 In 1678 a group of Huguenot families found refuge in this area of the Hudson Valley from France, escaping religious persecution, much like the pilgrims from England.  They settled in what is now New Paltz and seven historic stone houses and a church still remain.  We took a self-guided tour down the street with the help of an audio guide we downloaded. 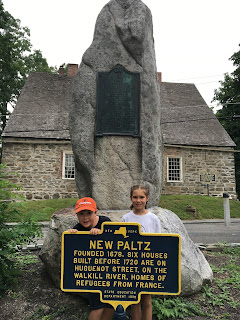 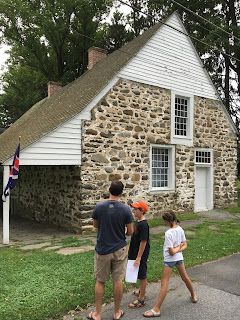 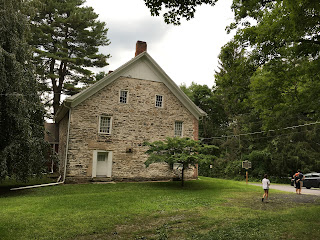 There's so much incredible history in the Hudson Valley and we're having fun discovering it all!