We picked up Ella on Friday after two weeks at sleep-away camp! 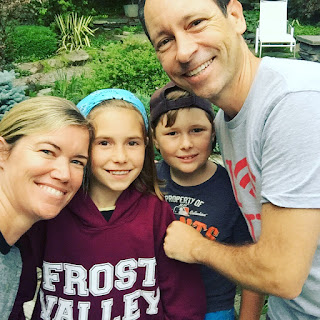 She wasn't allowed to call while she was there but luckily the camp posted photos each day of the campers and I was able to see Ella's smile throughout the long two weeks. 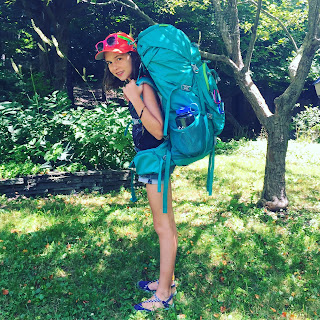 I was so proud of her.  When we first pulled up the camp's website in the spring to choose a camp, she quickly picked the more strenuous backpacking camp rather than the traditional YMCA camp.  She spent the first week learning all about being in the outdoors: how to make a fire, read a map, pitch a tent; how to respect nature and the wilderness; how to pack your backpack.  They did a lot of group bonding activities such as ropes course, day hikes, games. 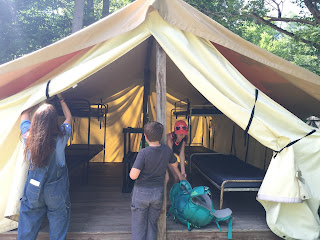 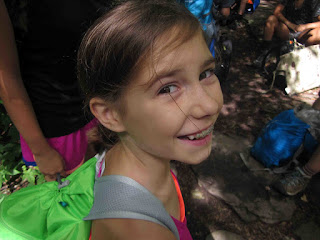 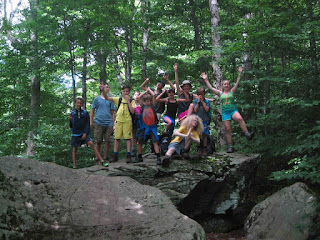 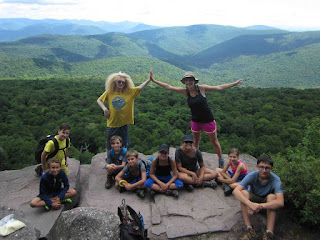 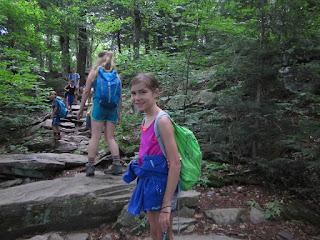 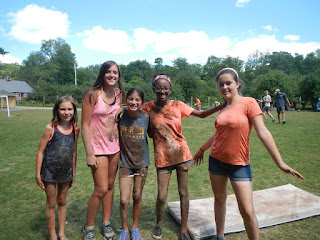 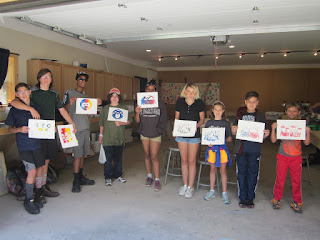 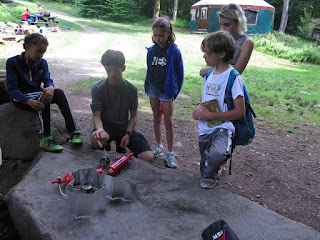 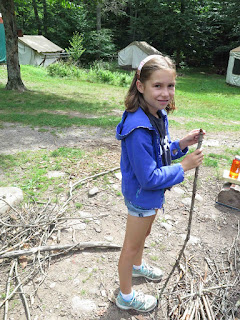 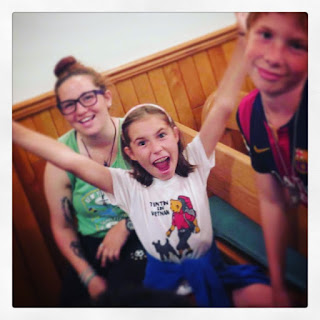 The second week they set off on their backpacking trip.  As you can see, her backpack probably weighed as much as she does.  The first day it rained all day as they hiked, so instead of stopping at the four mile mark where they had planned to string up a tarp for shelter to sleep under, they continued another four miles for a total of EIGHT miles to reach the covered pavilion.  And that was just their first day. 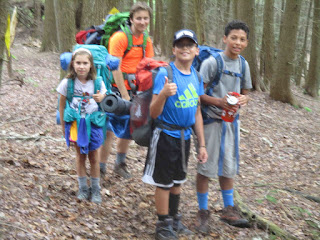 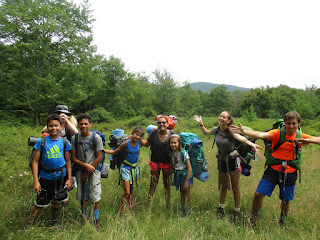 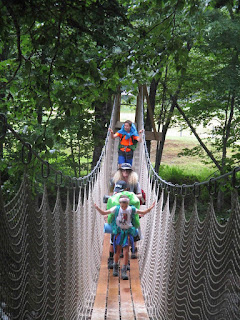 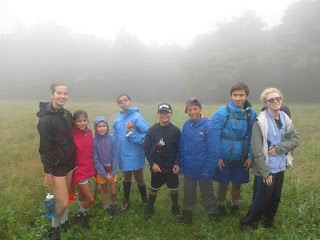 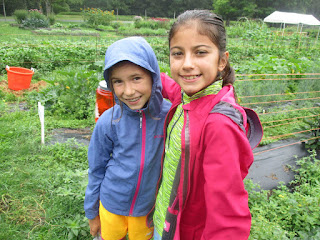 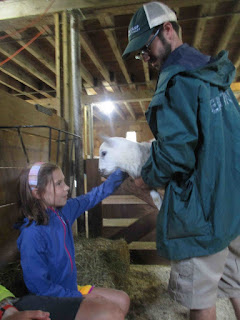 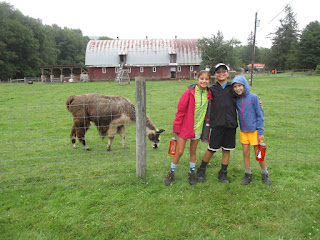 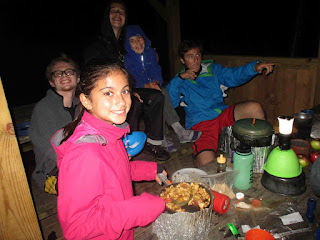 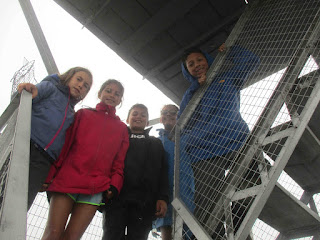 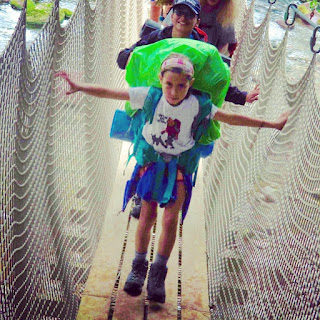 They visited a farm, climbed to the top of a fire tower, cooked their own food, and played a lot of cards.  She said she was exhausted at the end of each day's hike but was really proud of herself for making it.  She was the youngest on the trip and I'm sure at 53 pounds, the smallest. 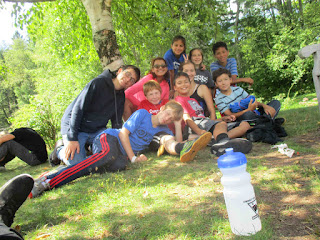 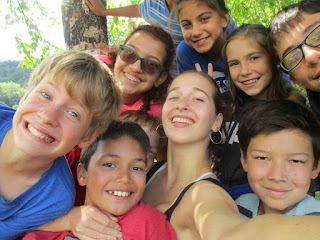 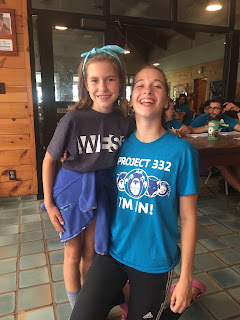 The difference between the one week camp last year and two weeks this year was huge.  She said she really got to bond with the other campers.  Last year when she went to camp with her cousin, she didn't try very hard to make other friends.  But this year since she went alone and for a longer time, she really made some great friends.  I think she also matured a lot.  She returned to us with a bigger appetite, more patience with her brother, and using longer words.  As we walked hand in hand across the field back to our car, she called out goodbye to an older boy she had befriended with a confidence I have never seen in her before.

All of this on the eve of her starting middle school, starting to take the subway alone, starting her independence from me.  And as I looked at this new version of her, instead of feeling sad for the little girl I was losing, I felt so proud of the young woman I was about to meet.