If you have a birthday that falls in the middle of summer, then you know that it kind of sucks.  Your friends are all away.  If you're a school kid, you can't bring cupcakes for your class to celebrate.  So Kevin had the idea that this year we should celebrate Holden's birthday a month early and have his first ever traditional kids' birthday party, complete with friends and cake and presents. 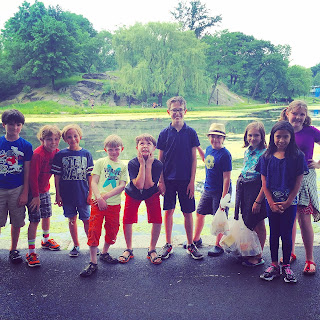 First of all, Holden has had his buddy Zeb staying with us this weekend while Zeb's parents are out of town.  Having his first friend sleep-over added to his first birthday party, kind of blew his mind. 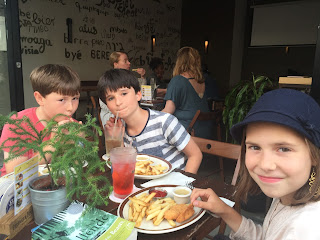 Holden chose to have his birthday party at the place where he takes his engineering class.  He asked them if they could do a project that was Star Wars themed for his friends.  On Saturday morning, ten of his buddies joined us at Dazzling Discoveries where they spent two hours creating motorized creatures and lightsabers from LED lights.  They stuffed their faces with pizza and ice cream cake and may have even learned a thing or two about electricity and circuits without even realizing it. 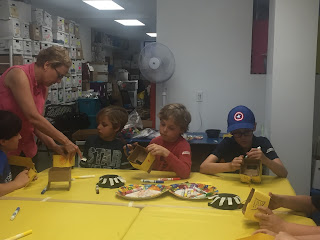 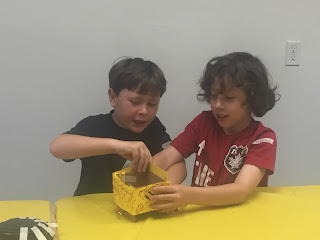 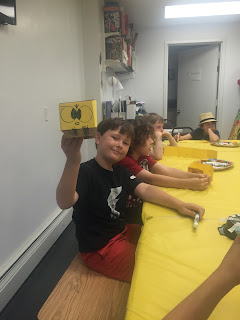 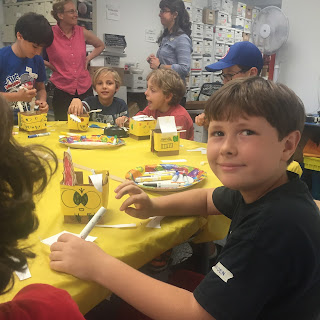 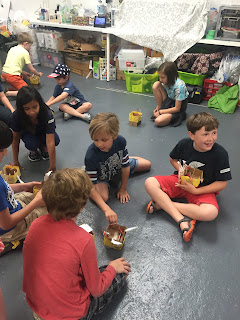 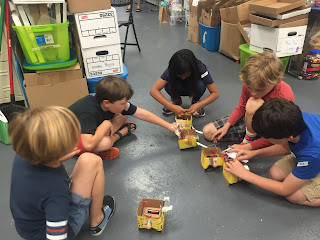 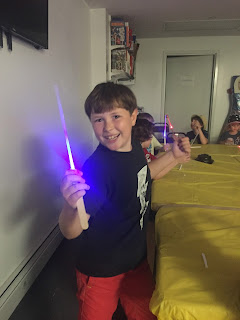 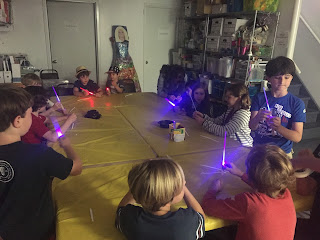 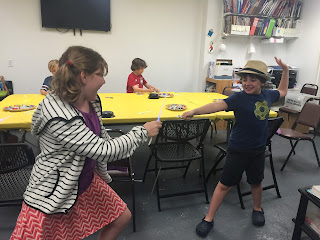 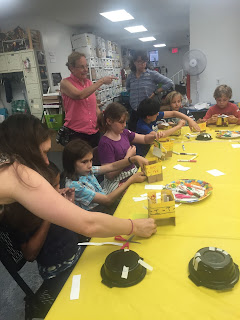 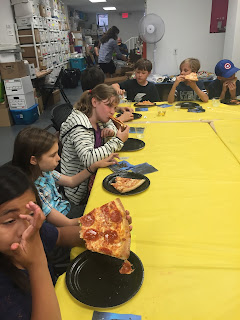 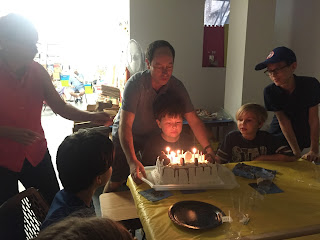 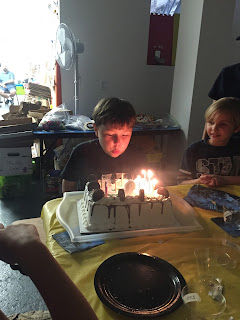 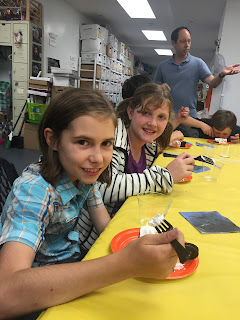 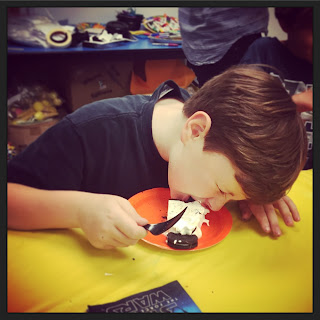 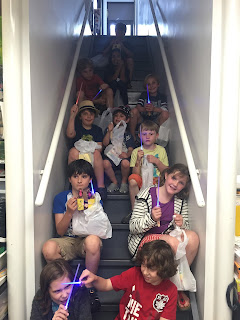 After the party we all walked over to Central Park and the kids played for a couple hours in the heat and humidity, running through the sprinklers and cooling off. 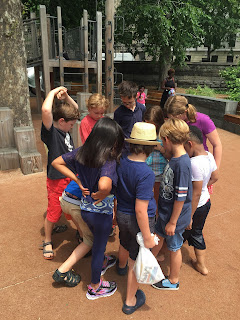 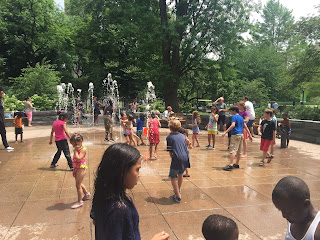 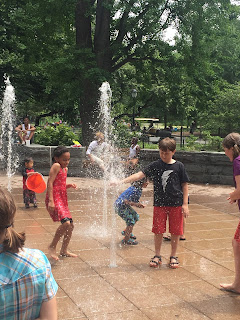 Holden's wish of having his friends sing happy birthday to him and loading him up with gifts (all of which were Star Wars related) came true on Saturday. 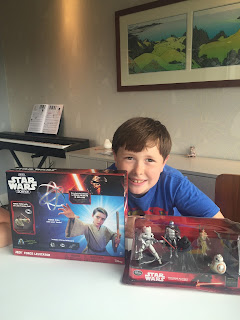 Happy almost-ninth-birthday Holden!  xoxo
Posted by Gretchen at 11:38 AM