Kevin and I celebrated thirteen years of marriage this week.

We all celebrated the first woman ever to be nominated for President of the United States. 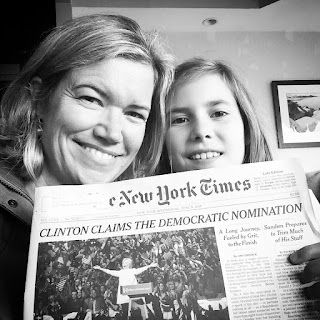 The kids finished school this week which means that Ella finished elementary school. 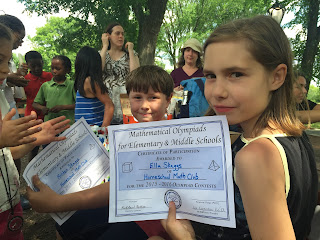 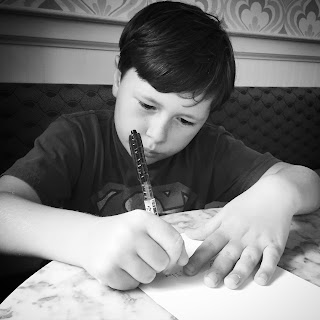 They had a great time competing in a scavenger hunt in Central Park with their Math Club. 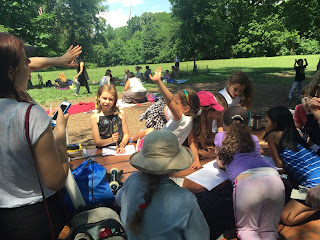 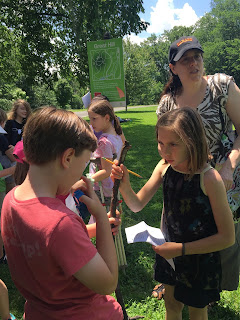 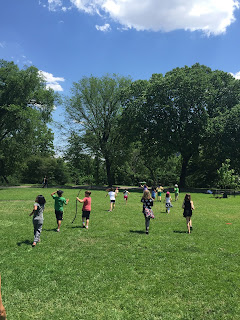 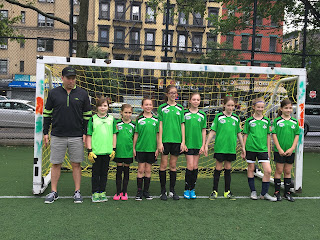 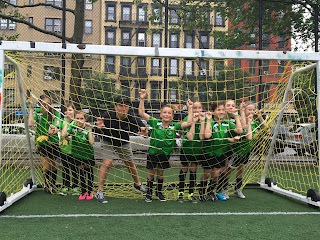 And Holden still LOVES dressing up and chasing people with swords. 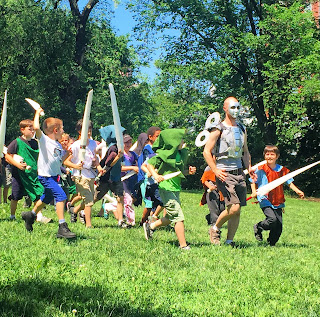 Ella submitted a persuasive essay lobbying for a hamster.  She awaits a ruling. 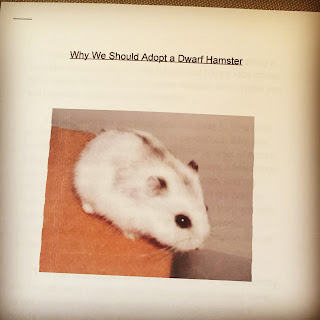 And the biggest news of all doesn't even have any photos to go with it.

Ella, Kevin, and I had an orientation at her new school.  Yes, you heard me.  She's going to middle school in the fall!  We're all really, really excited.  The school seems like a dream, so far.  It's a brand new 6-12 school that just opened this year.  They currently only have a 6th grade.  Next year when she starts they'll have 6th and 7th grades and will continue to grow one grade each year all the way through high school.  We're pretty proud of her because it sounds like they got a whole lot of applications for the incoming class.

While it follows the same standards that all public middle and high schools in New York are required to cover, they go about it in a very alternative way.  It's an Outward Bound school which means that they use real world issues and concerns to learn their academic content.  Throughout the year they work in various project-based expeditions where all disciplines (math, science, language, history, etc.) are covered following a single topic.  For example, one expedition last year was called "Down the Drain".  The students spent weeks learning about the sewage system in New York and how the Hudson River is affected.  They conducted experiments on the water, worked with a documentary film maker to create short films about the pollution in the river, incorporated art, math, engineering, even history into learning about waste water in a large city.  There are no textbooks.  When it's time to learn something, the kids all go out and do research and bring it back to teach it to each other.

Ella got to meet her "crew" - a group of 12 students who will stay together and meet twice weekly all the way through high school.  She saw a couple kids that she already knows through soccer and her previous school.  We got to hear from the principal and teachers and current parents who all have so much positive and exciting energy that comes with starting something new from scratch.  We also got to hear about the principal's previous experience starting a new school which helped put our minds at ease.  The school has even been in the news several times this year for their innovative approach to education.

Ella will start off the year with a 3-day backpacking trip with her new class led by Outward Bound leaders.  Fingers crossed, but I think we've found a perfect match.
Posted by Gretchen at 4:20 PM