OK, so I've got almost two weeks to catch up on here.  Sorry about that.  Life, you know.

It's officially summer here, if you go by air temperature for such things.  The kids and I have been spending as much time outdoors as possible, before it becomes too humid to do so.

The kids joined a track club that meets twice a week in the north end of Central Park, which is of course very convenient for us.  Holden hates running.  I mean hates it.  That's why he dropped soccer and stuck with baseball because baseball doesn't require a lot of physical exertion.  But both kids were really in need of some more exercise than just their weekly soccer/baseball game or the miles of walking they do each week by virtue of being city kids. 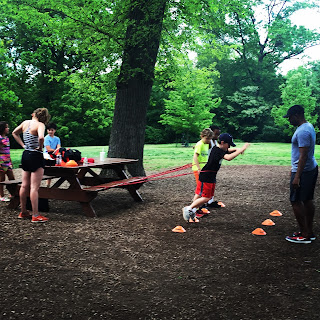 So when I described the class to him, I left out the word running.  I said it was like a P.E. class in the park.  He had so much fun at the initial trial class that he begged to come back again. 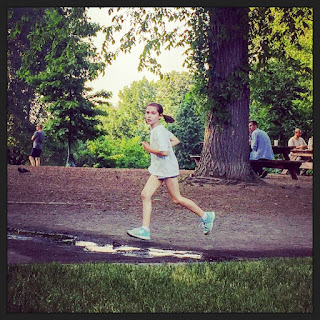 So far he loves the shot put the most, but he is still required to do some laps around the track before he's allowed to do it.  Apparently Ella is a natural runner who already has "perfect form".  And it's a nice time for me to kick back on the lawn and read my book for an hour and a half twice a week.

We had a fabulous long weekend up in Woodstock.  Kevin brought some work with him so that we could drive up on Thursday night and avoid the holiday traffic.  We spent Friday trying to do some last minute prep work on the house for our first guests, Maeve's family, who arrived on Friday night. 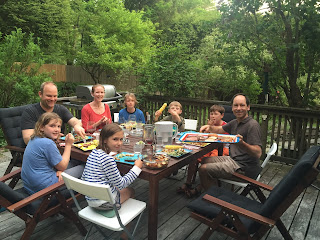 It was so much fun to host friends for the first time at our new house and show off the local hikes and sights and water holes.  The garden looked spectacular and we were even entertained all weekend to an episode of Animal Planet right in our yard.

On Thursday night after we put the kids to bed, Kevin and I were sitting on the back deck having a glass of wine when we heard what sounded like an animal being killed.  It was an awful screech.  Saturday morning the ten of us were treated to doe nursing her newborn fawn on our front lawn!  They stuck around all weekend and didn't seem to mind us being around and watching them. 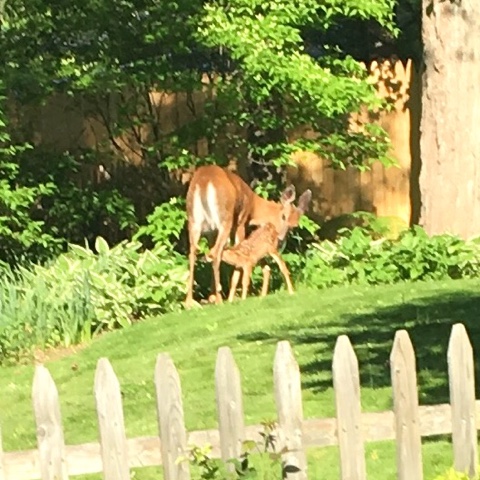 We took them to our favorite swimming hole, Millstream, and another called the Big Deep.  We enjoyed a couple hikes including one up to Kaaterskill Falls which we had hiked last year when there was just a trickle of water.  This year was much different. 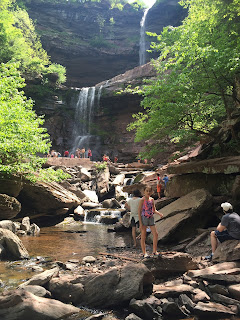 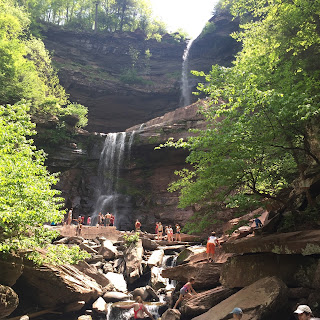 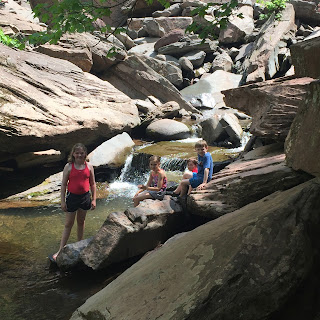 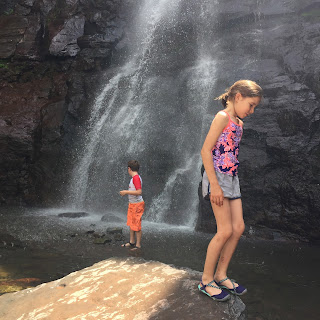 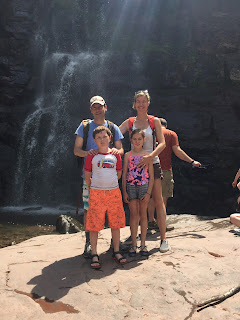 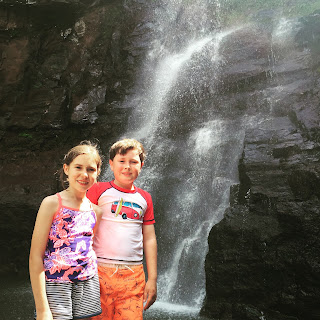 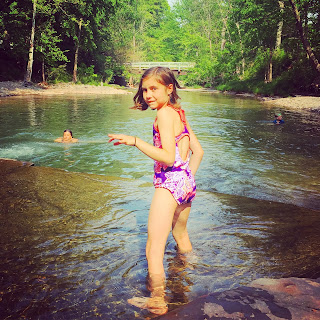 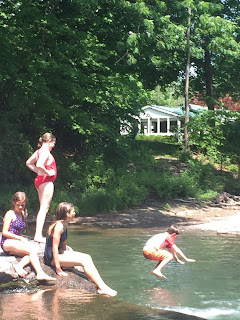 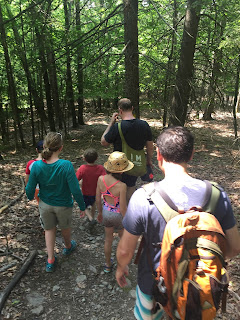 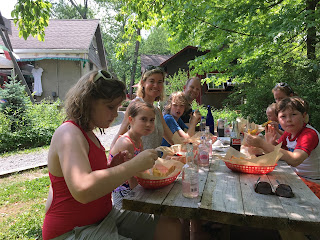 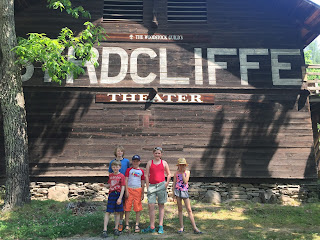 Our friends left on Sunday afternoon which left us to enjoy a quiet evening just the four of us.  We took what has become our nightly cocktail hour stroll along Cooper Lake across the street where we saw lots of geese and even a swimming beaver. 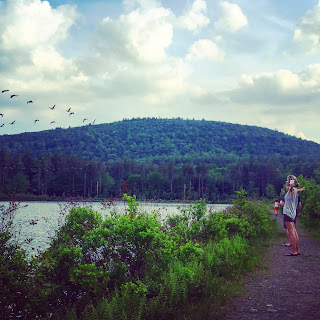 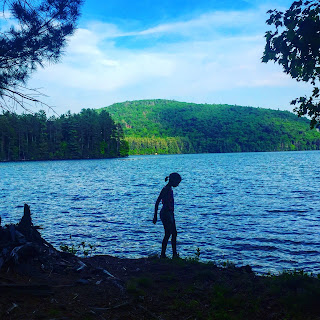 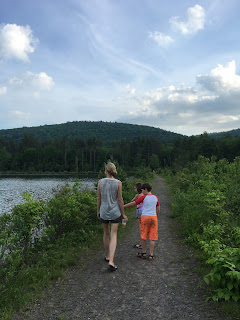 With all of this heat and humidity, I pulled the trigger and cut off several inches of my hair.  It feels so nice! 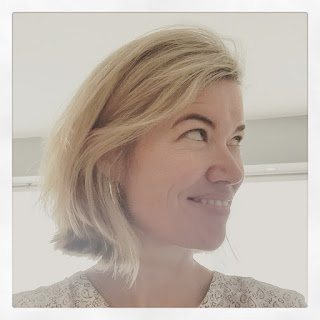