Last week the kids and I got to see a Members Only Preview of the brand new fashion exhibit at The Met, Manus X Machina. 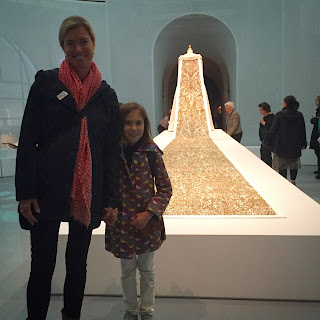 The Met has an annual Met Gala to open this fashion exhibit.  It's one of their largest fundraisers and is attended by all the biggest celebrities.  They had just hosted the event the night before we got to see these insanely gorgeous dresses.  This year's theme was 'fashion in the age of technology' and we saw inventive dresses made from 3D printers, man-made fabrics, metals, feathers - even real coral. 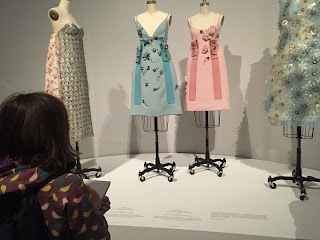 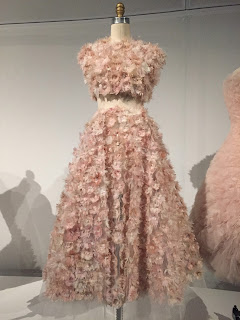 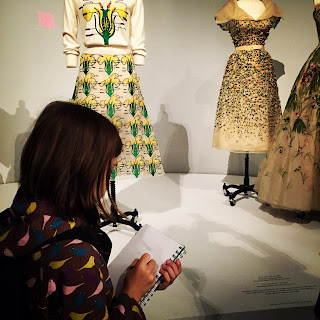 And as usual, Ella sketched her way through each and every gallery.  I saw more than one person stop and take a photo of Ella sketching.

We are in full spring mode here on the East Coast, which means rain, rain, and more rain.  Holden especially loved playing his Wayfinders Experience game in Central Park in the pouring rain. 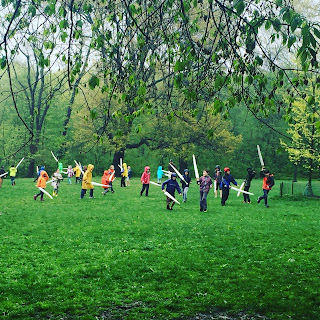 Kevin and I decided last minute that it would be fun for him to surprise his family in California for Mother's Day and our brother-in-law Sean's birthday.  It sounds like he had a fantastic weekend with his parents, sister, nieces, Sean, and Sean's parents.  And I'm sure they were all thrilled to see him. 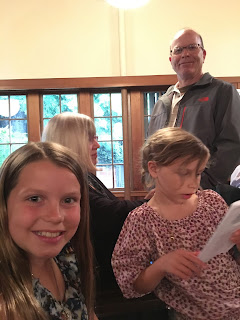 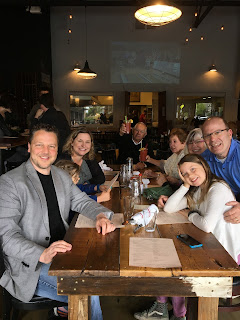 Meanwhile, the kids and I headed up to Woodstock on Friday.  In just a few days the garden had changed to much!  There were many more blooms on trees, bushes, the ground.  Many of the tulips and daffodils that we saw last week were already gone.  It's a well-planned garden that seems to have a constant motion of blooms and fades.  All perfectly timed. 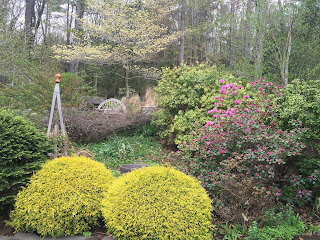 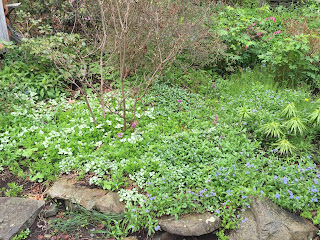 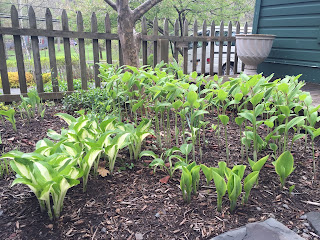 It rained all day Saturday while we were there.  I got about another 15 boxes unpacked which continues to take an emotional toll.  I spent time looking through photo albums and putting away things that I know we no longer need and will rarely look at, but can't throw away.  I'm finding it pretty weighing to keep holding onto these things - items such as old college sweatshirts, yearbooks, journals, letters - and to keep moving them from home to home, only to stash them away in a garage until the next time we move.  I saw my sister's handwriting. She died fifteen years ago. I found one box that I opened full of art and framed photos that I hadn't seen in years.  I was a little confused until I looked at the date on the newspapers that they were wrapped in and realized that the box had been packed exactly ten years ago next month when we moved from San Francisco to San Mateo.  We never even opened it when we lived in San Mateo.  It sat taped shut and unmissed in our garage for 7 years, then in storage for another 3 years, only to be opened in Woodstock a decade later.  And honestly, most of the things I found in there I wouldn't hang in Woodstock either. 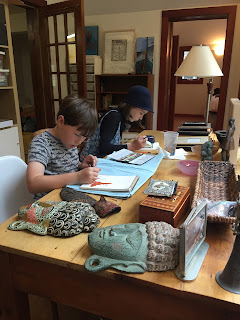 The kids had fun all day with Kevin's paint set and his old sketch books.  They worked in their Nature Journals and did some watercolors.  We all read a lot and found a nearby grocery store and stocked up the kitchen a bit.  The grocery clerk told us about an area with lots of waterfalls and great hiking that we're looking forward to exploring.

On Sunday morning we had to leave early to get back to the city for soccer and baseball games.  I heard Ella working in the kitchen and assumed (correctly) that she was making me toast for Mother's Day.  All of a sudden she screamed, "DEER!!"  Holden and I shot straight up in bed and looked out the window to the backyard.  Right there were two deer just a few feet away from us. 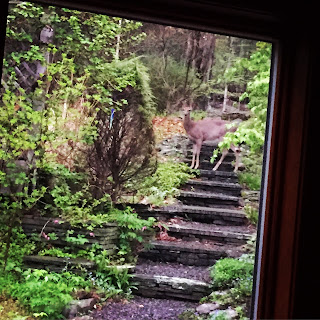 I imagined him saying, "You don't mind if I have your garden for breakfast, do you?"

The morning rain stopped in time for their soccer and baseball games to not be called off.  The kids and I had a really nice Mother's Day outside in the sunshine, watching sports, and ended with a dinner at our favorite local restaurant - a beer garden where the waiter knows us well, wished me a happy Mother's Day, and asked where Kevin was.  It was a nice way to end a weekend with the kids all to myself. 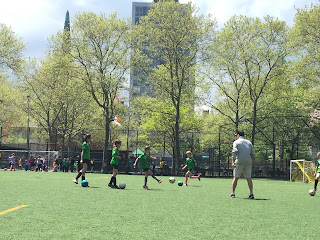 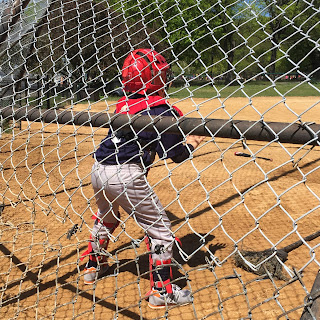 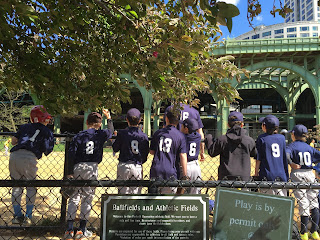 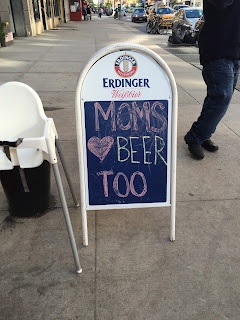