"But what do May flowers bring?", asks Ella.
Pilgrims!
Think about it...

It's been a quiet week for a change.  As the weather warms, the kids and I are feeling the end-of-the-school-year drag.  Productivity is decreasing as the temperature outside is increasing.

We got out on Wednesday night for a Members Only program at the Natural History Museum.  Some astronomers were giving a talk for kids on the "Path of the Planets" under the dome of the planetarium.  Normally, all of the night programs we go to at the museum are targeted at adults, so the kids really enjoyed this first program just for them.

The kids and I took a whirlwind trip up to Woodstock and back on Thursday.  We hired a man with a van (actually two men, one van) to help us swap the couches and a bed between Harlem and Woodstock.  It was a long day of driving for us (two and a half hours of driving each way and school work up and back for the kids) and we spent a mere 20 minutes actually in Woodstock since I was paying the men by the hour.  But what we saw after only being away for just under two weeks really surprised us. 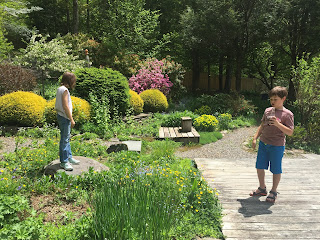 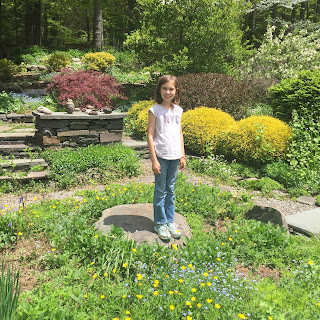 So many flowers and bushes and trees have come into bloom in these last couple weeks!  The garden just keeps getting more and more amazing.  Even the movers let out a, "Wow!" when they walked into the back yard. 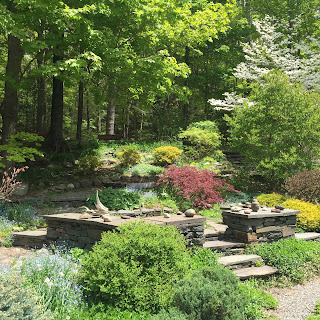 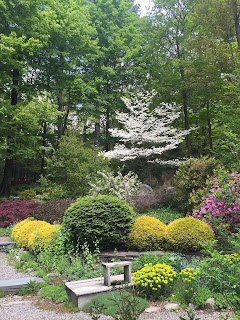 Luckily, we're going right back up there tonight with Kevin who hasn't seen it since late April.

And since it was such a quiet week with not much to report, I'll throw in a couple random photos from the week.