Real world learning.  That's what homeschooling is all about. 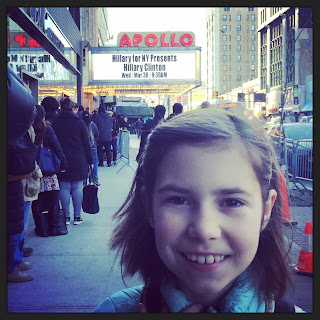 When I heard on Monday that the former First Lady, Senator of New York, Secretary of State and presidential hopeful Hillary Clinton was going to be a few short blocks away from us on Wednesday, I cleared our schedule. 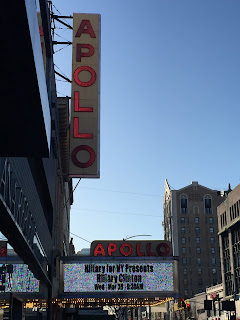 And the fact that her rally was at a world famous, historical theater, The Apollo, was icing on the cake. 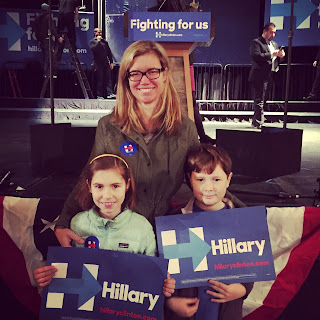 We arrived early and although we were already near the front of the line, we were ushered up to the very front of the theater.  I'm assuming it was because I brought two of the only children in attendance. 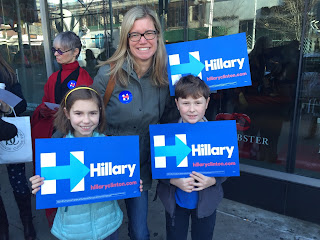 It was an exciting day for all of us.  I have always been a very big fan of Mrs. Clinton, ever since her work as First Lady on the Children's Health Insurance Program and universal healthcare.  But more than that, it was so thrilling to be caught up in the excitement of a presidential campaign, one that might elect the very first female President of the United States. 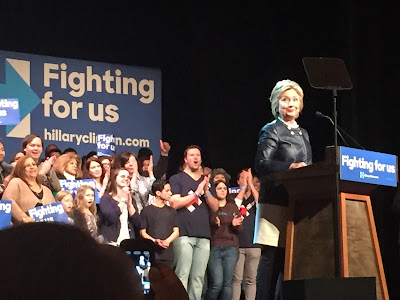 It was a very positive atmosphere - lots of music, chanting, clapping.  Her messages were all of unity and progress.  There were no sucker punches.  No fights broke out.

The kids and I talked about the political process, the Presidential election, campaigns and rallies.  We discussed why it's important to be vocal for candidates whom you support.  And we discussed why Kevin and I want to see Hillary win. 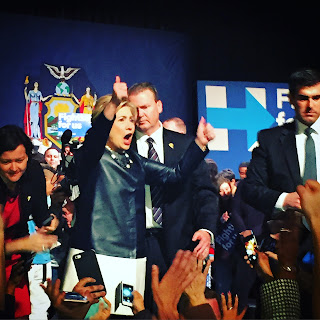 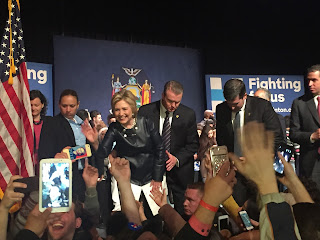 I'm guessing that it was an experience the kids won't soon forget. 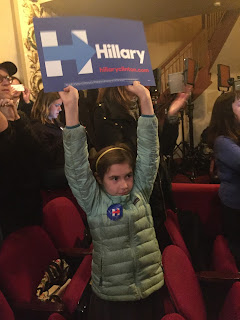