This last Wednesday is what I love most about living somewhere with four distinct seasons.  The temps shot up to the mid-70s and everyone was euphoric.  Neighbors chatted in the elevators about the weather, pedestrians smiled at each other on the street.  People on the East Coast really appreciate the sun and spring weather.  After months of cold and snow and grey skies, when the weather turns it's like we're all reborn. 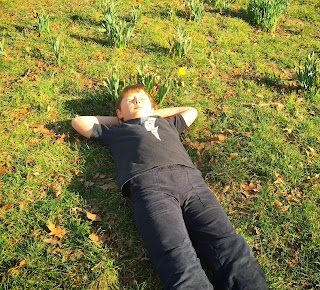 We spent several hours on both Wednesday, Thursday, and Friday in the park with friends.   Holden said that Wednesday was the best day of the year so far. 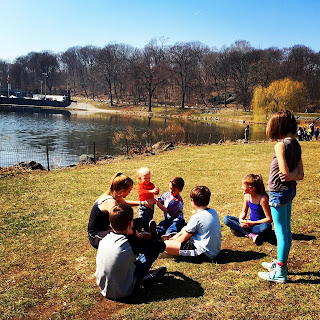 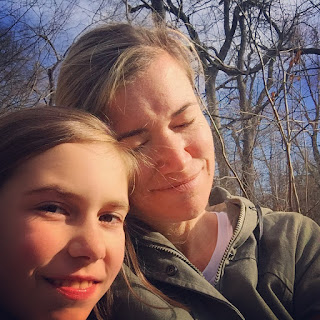 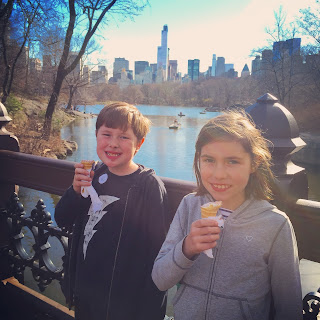 We enjoyed another great Friday night at The Met.  Kevin and I are hooked on Ella's mythology class and have been joining every week (parents can choose to either drop off or hang out with the class).  This week we found ourselves dancing the box step in a 200-year-old British dining room and reading Ovid's Metamorphosis in the Precolumbian gold depository. 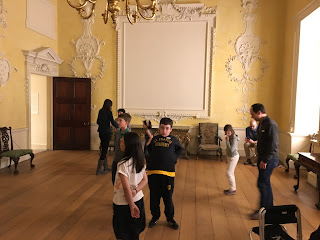 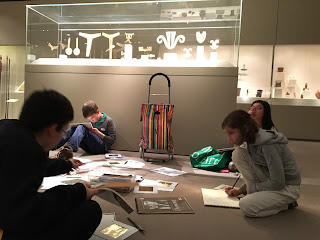 We had a family of six over for dinner on Saturday night - the most dinner guests we've had since moving to New York.  Although we had to eat in shifts and sometimes sit on the floor, we had such a fun night. 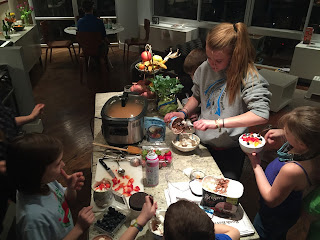 And as you know, Sunday mornings are spent in church - which for us means a museum.  This week we walked through Central Park over to The Met's newest addition, The Met Breuer.  This week the new extension of the museum was open only to members, so we got a sneak peek at the space that used to house the Whitney Museum. 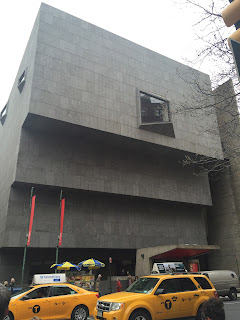 I was excited to see the new museum, but was feeling a little apathetic about the actual exhibit - Unfinished: Thoughts Left Visible - an exhibit focused on unfinished art works.  But as usual, I was wrong. 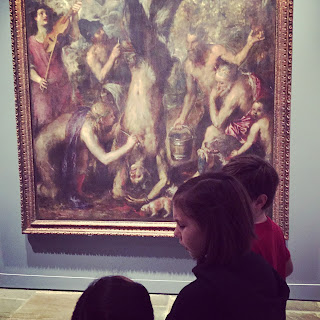 Holden absolutely loved the Van Gogh painting that the artist had started before his death.  After visiting the Van Gogh Museum this summer in Amsterdam, Holden says he's his favorite artist.  For all of the unfinished pieces (some unintentional, some intentional) it was really fascinating to see the process of painting, the layers, the sketches underneath.

Ella was impressing all the other visitors within earshot with her knowledge of so many of the artists.  She's been studying art history (specifically painting) this school year and was excited to recognize so many of the paintings and artists.

And we even came across these two paintings depicting stories from Ovid's Metamorphoses! 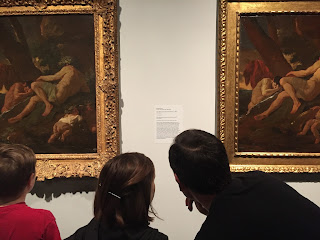 We rounded out the perfect weekend with an amazing theater experience.  We've been subscribers to the New Victory Theater for the last year.  The kids have also joined several homeschool field trips to see shows there.  And not one single show has ever disappointed.  This was no exception. 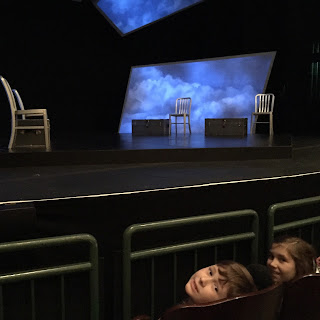 Fly is the story of the Tuskegee Airmen, the first group of African-American pilots who flew in World War II and the prejudices they faced abroad and at home, even though they fought for our country.  It was incredibly moving as well as entertaining.  And it didn't hurt that we had front row seats.  After the show they had a Q & A with the actors and in the audience was a woman who had two brothers who were part of the Tuskegee Airmen.  One brother was shot down during the war and one is alive and well in upstate New York.  The entire experience brought tears to all of our eyes.
Posted by Gretchen at 11:20 AM