From Prehistory to Infinity and Beyond

You may have noticed that I've been trying to get away with only posting once each week, as opposed to my normal Monday/Friday.  This has been an unusually busy few months and our weekdays, although busy, have been pretty repetitive and didn't seem to warrant a separate post.

But now it's caught up with me and I may have to do one of my "Best of" reels, because we had an exciting week. 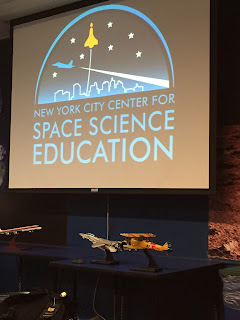 The highlight of the week was right off the bat on Monday.  The kids and I joined a homeschool field trip to the New York City Center for Space Science.  It's not open to the public but is run by the Department of Education and available only to New York City students.  I was really blown away at the experience.  The kids got to first enter a space shuttle, buckle up, and take off (via a big screen monitor in front of us). 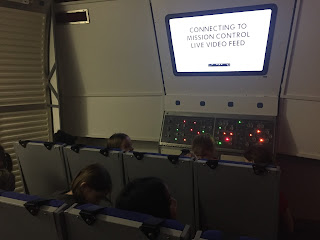 Then after going through the air lock room we entered a model of the International Space Station where they had various stations for the kids to practice assorted tasks that astronauts perform on board: moving a mechanical arm, assembling parts, conducting biological experiments. 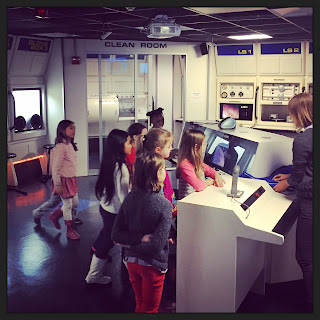 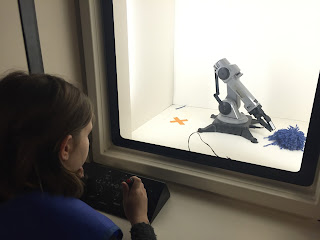 And finally we traveled back to Mission Control in Houston where they were able to design their own space patch. 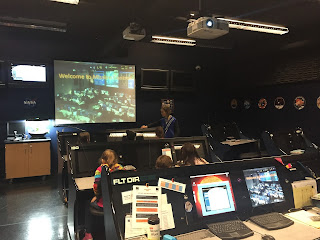 The leprechauns didn't disappoint this year on St. Patrick's Day.  Although the kids engineered a complicated trap to catch them, the little green guys were their usual naughty selves and were successful in making a big mess of the kids' bedrooms and even left them some goodies.


We arrived to the New York Historical Society early on Friday for Ella and Holden's immigration class so that we could check out the new exhibit on Mo Willems, popular children's author of such books as Knuffle Bunny and Don't Let the Pigeon Drive the Bus. 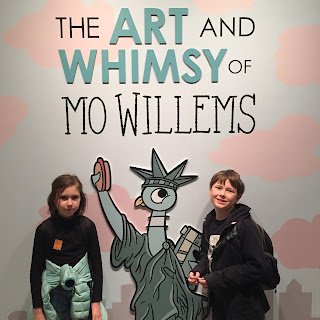 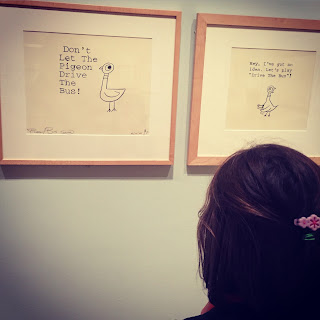 Did you know that you pronounce the K in Knuffle Bunny?? Kuh-nuffle.

Friday Nights at The Met continue to be a great way to end our week.  This week Ella's class read about Icarus and Daedalus from Ovid's Metamorphoses and created their own art from feathers and beeswax. 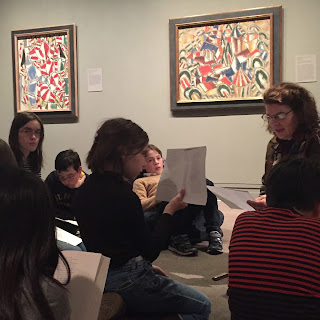 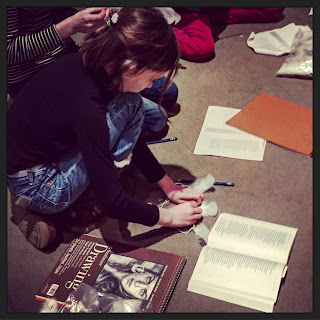 And our week and weekend were also filled with visits with old friends, some on purpose, some by chance.


Walking down Central Park West on Friday I happened to run into an old friend and co-worker from my travel agency days whom I hadn't seen in probably 12-13 years.  And then on Saturday while in the Natural History Museum, Kevin and I ran into some old friends from when Kevin worked at VeriSign in Mountain View - again at least a decade ago.  We now have five new children between us who didn't exist when we saw each other last. 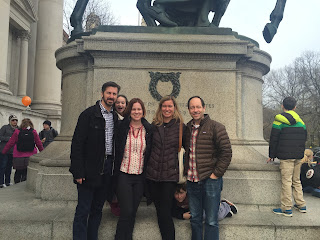 The planned encounter was with our friends Ken and Marie and their two children.  Again they're former work colleagues and friends of Kevin from his days at Snap.com.  We've visited them at their home outside of Philadelphia since moving here.  They were having a fun weekend in the city with their two kids and we had a great day showing them the Natural History Museum.  Although we know the place inside-out and have seen every room and exhibit, it always feels new and different when you're experiencing it with people on their first visit. 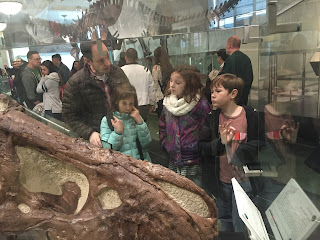 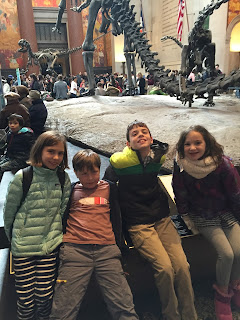 There's even plenty of fun that was had this week that I'm leaving out, but this post is already getting too long.  I promise to try to return to my biweekly updates, dear people!
Posted by Gretchen at 12:39 PM