It was a long, slow week of trying to get back in our routines and rhythm.  My mom spent the week steadily recovering from her surgery and should be going home today after nine days in the hospital.  Hopefully she can finally get some sleep. 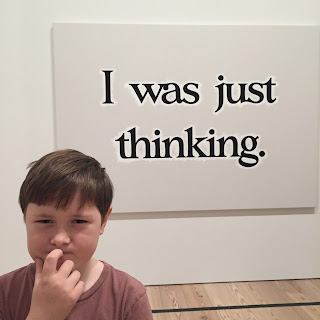 Team Skaggs wasted no time getting back to our frenetic, hectic schedule.  We hit no fewer than three museums this week, spent a day out of the city visiting friends, had dinner with a good friend who was in from San Francisco, and stayed up WAY past all of our bedtimes last night watching the Academy Awards at our friend's Oscars party. 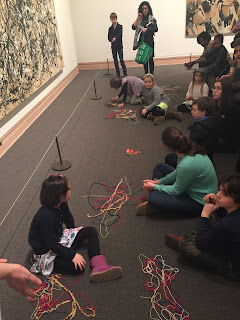 Friday night the kids started back up their mythology classes at The Met.  Kevin and I decided to join Ella's class this week, Pause for Pegasus.  For this eight-week session, the group of 10- to 12-year-olds will be reading Ovid's Metamorphoses and seeing 3 to 4 artworks each class which the teacher links to the book first published in 8 AD. 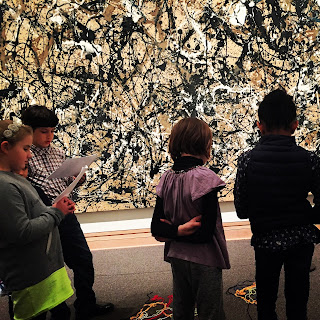 I couldn't figure out how in the world she was going to connect Jackson Pollock's painting above to the Metamorphoses.  But after having the kids work on their own chaotic works out of string, the teacher had the kids stand up and take turns reading aloud from the first book of the text, The Creation.  In it, Ovid refers to the beginning of the universe as a frenetic, ordered chaos.  And there it was.  We were looking at the beginning of time.

The class reminded me of something that I have always believed, but certainly do now even more that we're homeschooling.  Kids live up to expectations put on them.  Never assume something is too difficult or too sophisticated for a child.  Invariably, they will surprise you. 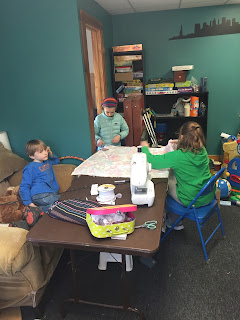 On Saturday we headed out of the city, just north to Dobbs Ferry where Maeve's family moved to last year.  We had a great day hanging out with our friends, playing basketball in the street, sewing for the girls, sword fighting for the boys, and sitting around a fire pit in their backyard for the adults.  All the best the suburbs have to offer.  It was exactly what we needed. 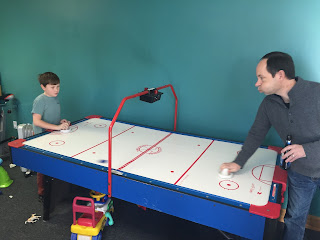 We woke up bright and early on Sunday morning because the Whitney Museum was having special early hours for members.  It's so much more enjoyable to be in a museum without the crowds. 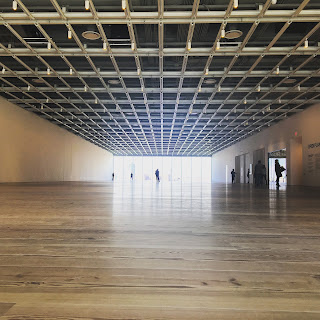 This gallery was kind of crazy.  They cleared out an entire 18,000 square foot floor of the museum.  When we got off the elevators there were only 3 or 4 other members wandering around.  But the room was incredibly noisy.  Lots of loud background noise as though it were a crowded restaurant.  Banging of what sounded like pots and pans, shouting.  After a while we found a sign that explained that the sound we were hearing was being piped in from Sing Sing Prison, about 30 miles north of New York City!  It was pretty mind blowing to realize that the banging was actually cells opening and closing and the voices we were hearing were real prisoners. 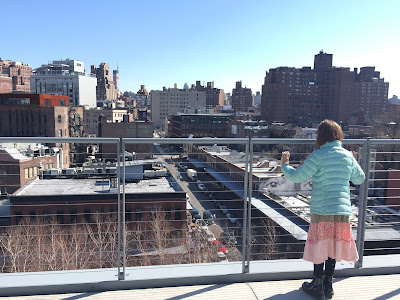 I parted ways with the rest of my family after lunch and headed south as they headed back north to home.  In the afternoon some friends and I took a vegetarian, Ayurvedic cooking class that was so much fun.  It really inspired me and I learned several new, fun Indian recipes that I think Kevin and the kids will love.  Plus, it was just really nice for me to spend an afternoon with my own friends, not being a mom, not being a teacher. 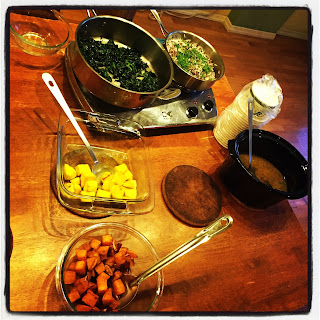