I Left My Heart in San Francisco

Before you get all mad at me for disappearing on you...I have a very good excuse. 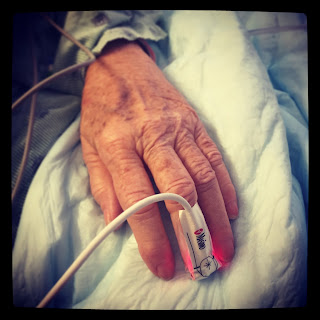 I've been in San Francisco for the last week while my mom had heart surgery.  The five-hour surgery went very well and she's recovering slowly but surely. 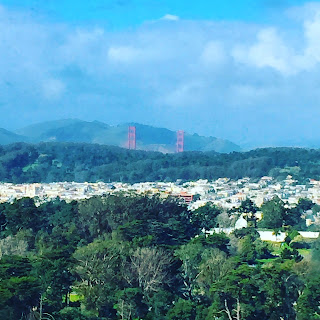 I'm doing my own recovery (although on a much smaller scale) this week.  I returned to New York on Sunday physically and emotionally exhausted, as you can imagine.  But luckily I have the most amazing best and oldest friend in the entire world. 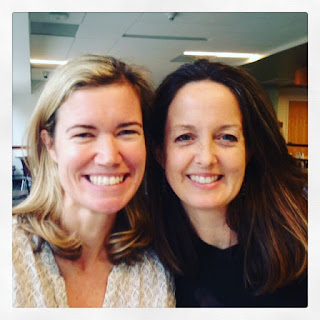 Alyssa took the day off work and drove two and a half hours in traffic just to sit with me all day in the hospital waiting room.  She said she didn't want me to be alone.  Now that's love. 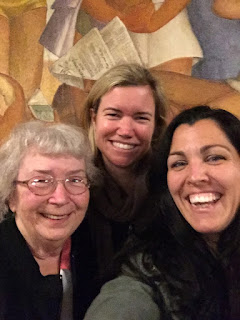 I also got to spend a couple days and several meals with my mom - even if most of the time was bouncing between doctors' appointments - and a fun night-before-the-surgery with my niece (and mom's granddaughter) Robin.  She helped to take both of our minds off what was looming the next day.

And as I said, although it was a long ordeal, the doctors are all happy with the results of the surgery (she got a cow's valve) and her recovery.

While I was away, the kids had fun with Kevin and spent several days in a science camp.  Luckily, the timing was perfect because last week was mid-winter break for the public schools so there were plenty of day camps for us to choose from to put the kids in so that Kevin could have time in his office each day.  If the surgery had been any other week, coordinating childcare and Kevin's work would have been much more difficult. 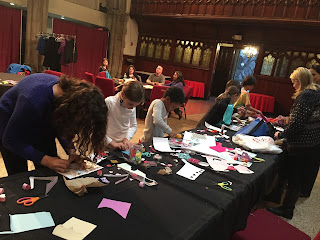 Kevin and the kids took a walk through Columbia University one night on the way to dinner and found an alumni wall on the School of Journalism building.  Someone's name was proudly featured... 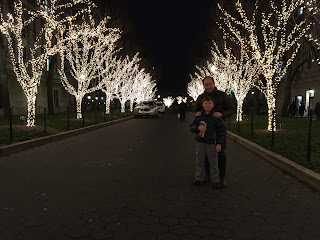 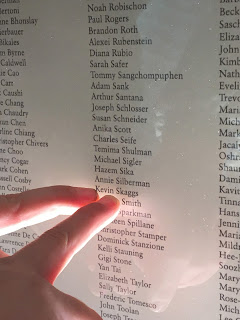 I got to enjoy my last night in California with my two adorable nieces and their equally adorable new puppy, Rosie.  I had such a great time with them, realizing that I never see them without my kids in tow.  And if my kids are around, the four cousins are inseparable.  So it was a treat to be able to get some one-on-one time with them and actually hear about their school, their friends, how they're spending their time. 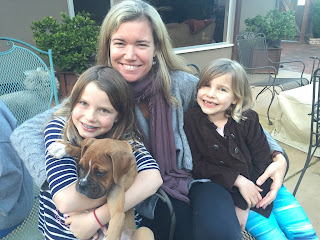 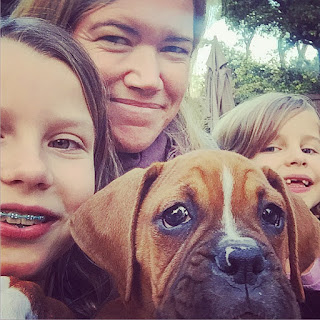 I never get homesick for California when I'm in New York.  But when I'm in California (especially when it's 72 degrees and sunny in February!) I definitely get a lump in my throat.  So much of the week was spent driving past former houses of friends, former workplaces of mine, the street where I first learned to drive, restaurants that are still there from my childhood.  It really is home. 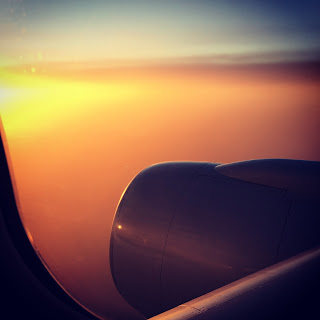 I've never been in love with two men at the same time.  But leaving San Francisco to return to New York, I think I know acutely how that must feel.