I know you all want to hear about Blizzard Jonas.  But before he rolled through town, we did other stuff, saw other people.  So first things, first. 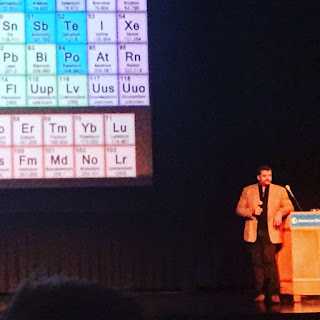 The highlight of my week was getting the chance to see Neil deGrasse Tyson in person for a second time.  He's the famous astrophysicist who runs the Hayden Planetarium at the American Museum of Natural History and created the remake of Carl Sagan's original Cosmos series.  He's also written lots of books and because he has such a great personality, has appeared on countless talk shows and late night comedy shows.  When Kevin and I saw him speak last year I was so mad at myself for not bringing the kids.  It didn't occur to me at the time (mostly, because it was a weeknight event).  But they've watched and enjoyed the Cosmos series, so this time we brought them and they laughed through the whole thing, even when he was talking about neutrino oscillations and why Pluto isn't a planet (he gets very emotional about this).  Bringing science to life. 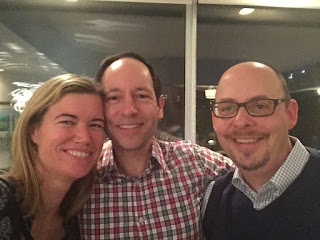 We also had a visitor from home.  Fifteen years ago to the day, I met Kevin and Rich on a wine tasting trip to the Russian River Valley.  Rich happened to be in town this week for business so we had him over for dinner to celebrate.  Somewhere in storage I have a photo of Kevin and me on the day that we met, looking very different from the photo above.  Who could have guessed that fifteen years later we'd be living in Harlem with our two children? 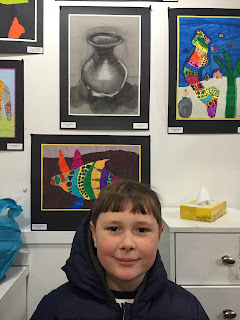 Friday night was the big art show for the kids' fine arts class.  It's the end of their first semester and Kevin and I were blown away by the quality of the pieces they had on display.  The charcoal vase is above Holden's 8-year-old head.

Here are some more: 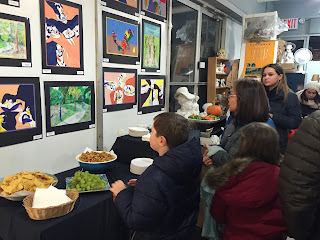 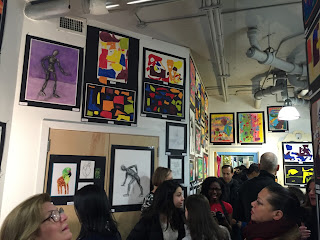 We celebrated over sushi after the show and prepared ourselves for what we knew was coming overnight, Superstorm Jonas.

Here is my before photo taken Friday morning.  Not a flake of snow. 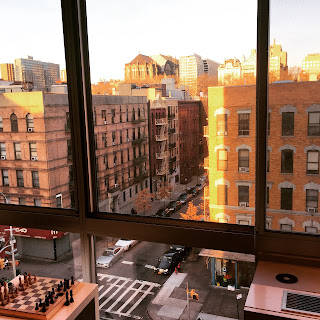 When we woke up on Saturday morning I was surprised to even see snow at all because when you're told a major storm is coming, you expect lots of noise, windows rattling.  We had a completely silent night and woke to this. 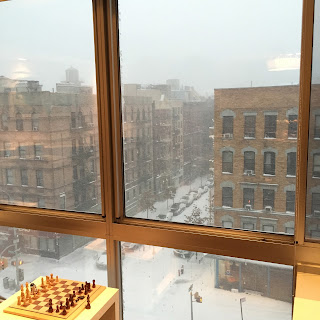 Of course, that was just the start of it.  It continued to dump snow all day long with no stops.  Roads were closed, people were warned that they would be subject to arrest if they were caught driving.  Most businesses closed, but I spied two businesses from our windows that stayed open throughout: Dunkin' Donuts, and our beer garden across the street.  That says so much. 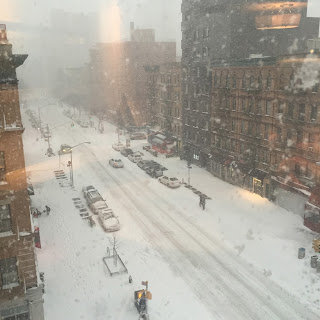 Kevin and the kids tried heading out for a short while, but returned home when I heard the mayor say not to even let your children play in the snow yet.  Meanwhile, I stayed in my pajamas the ENTIRE day and read an ENTIRE book from cover to cover.  So I thought it was a fantastic day!  I love blizzards!

The next day we woke up to blue skies, no more snowing, and lots of fresh powder to go play in.  In the end, it turned out to be the second largest snowstorm in NYC on record and dumped 27 inches of snow in one day. 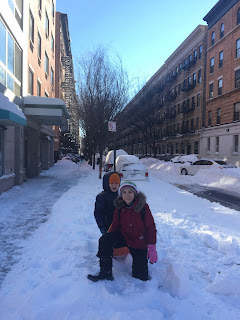 We headed for Central Park and stayed a few hours sledding with what felt like the entire city. 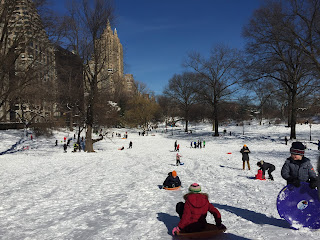 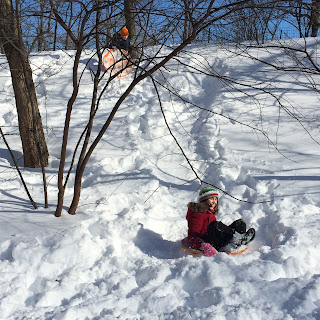 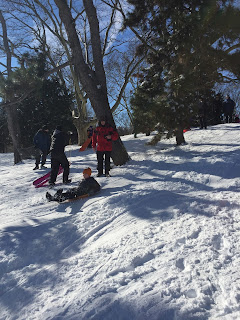 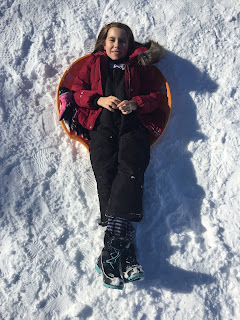 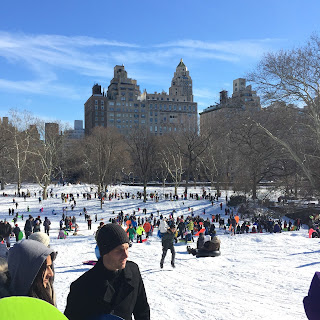 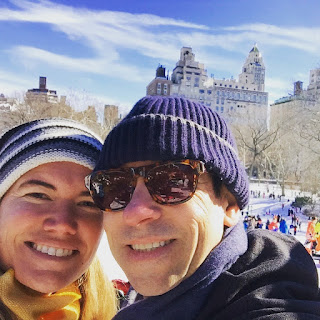 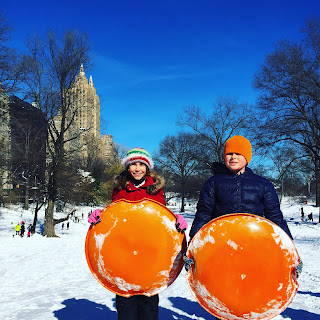 We ended our awesome weekend by meeting up with some awesome friends at a local pub to watch the football playoffs.  No complaints here.
Posted by Gretchen at 1:17 PM