Age Doesn't Matter (Unless You're Cheese or Wine)

One of the things I love most about classes for homeschoolers is that they are almost always grouped by ability and interests, rarely by age.  The kids often take classes with other children a few years younger or a few years older than they are.  I think they learn a lot both by having older kids in their class to look up to and learn from as well as younger kids to model for.  Last year both kids took a computer coding class at a place meant for after-school kids.  They were the only homeschoolers.  It worked out fine and they spent a year learning Scratch, which they loved.  This year I tried to enroll them in the school's Python class, the next offering they have after Scratch.  Holden's registration was rejected because they said the class was for 9 and 10-year-olds only.  I explained that although he was only eight, he had spent a year there taking the prerequisite class and was ready for the next step.  They told me they had a strict age policy and that he could enroll next year.  I was lamenting about this to a fellow homeschool mom.  She said, "My fourteen-year-old taught himself to code.  What if we have him teach a weekly coding class for homeschoolers?" 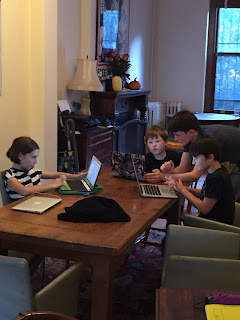 Brilliant!  So now not only are they learning coding in a mixed-age group but they're also learning from a fellow homeschooler whom they can look up to.  Grouping students simply by their birthday is silly. 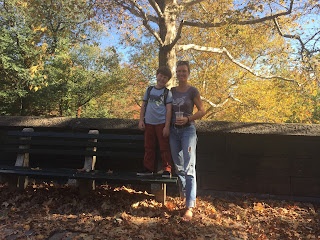 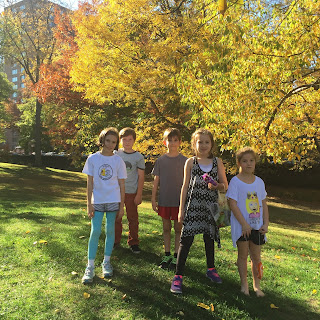 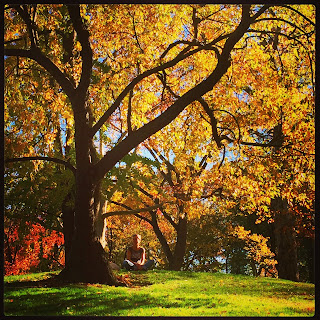 The last picture makes me feel all warm and fuzzy inside.  Ella was playing with her friends when she came running up to me asking for my phone.  She ran off and I assumed she was going to take a selfie or play a game.  She came back a couple minutes later and handed me the phone and said, "I just wanted to take a picture of you sitting under the tree," and then ran off to rejoin her friends.
Posted by Gretchen at 12:05 PM