You wouldn't know it from reading this blog, but the truth is that before moving to New York I knew next to nothing about art.  My only childhood memories of going to museums was on our once yearly school field trip and those were always history museums.  When the kids were younger in California, the extent of our museum trips with them was to children's museums.  Very rarely did we venture into an art museum. 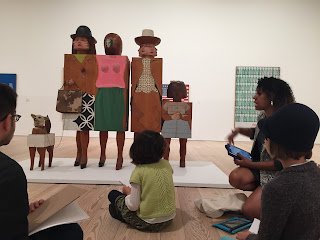 Fast forward forty years and there isn't a week that goes by that we're not in a museum at some point.  Honestly, we average about 4 museum trips each week, if you include their classes.

On Saturday Ella and I took advantage of a kids' sketching tour at The Whitney Museum of American Art.  I had been to the new space that the Whitney moved into this year but the last time Ella was at the Whitney it was still in its old location.  I was excited to show it to her (it's a gorgeous building right on the Hudson River) and what better way to spend a Saturday morning with my favorite daughter than sketching art?  Also, the Whitney has the kids' tours before the museum is even open to the public, so we literally had the entire place to ourselves (along with the 3 other kids on the tour).  Pretty incredible. 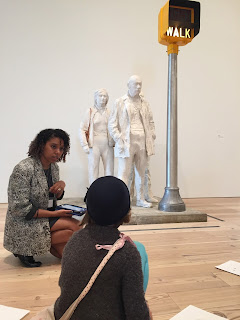 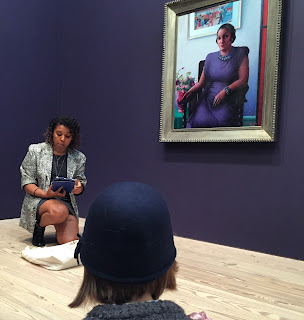 Earlier in the week we met Kevin on Thursday evening after work down in Chelsea, the epicenter of art galleries.  Thursday nights are a happening time down there because that's the night all of the galleries have their openings and so art lovers from near and far come to see and be seen.  It was quite the scene and Kevin and I felt completely underdressed and a little uncool dragging our kids around with us until a woman looked at Ella admiring a picture made completely out of pencil sharpenings and said, "I wish I had thought to bring my daughter tonight." 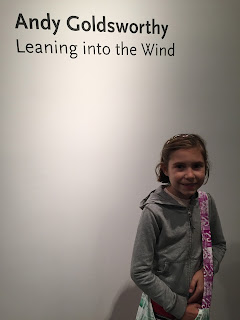 We were there to see the opening of a book of photographs by one of our favorite artists, Andy Goldsworthy.  You've seen his work on this blog at Storm King and if you haven't watched the documentary about him, Rivers and Tides, do yourself a favor. 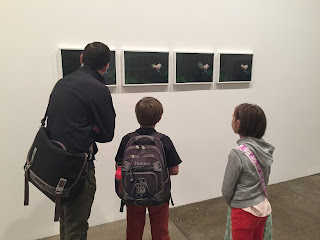 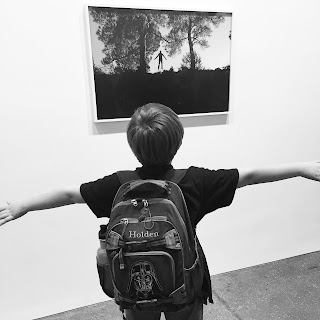 What I love about his art is that it is so accessible for the kids.  Everything is made out of nature.  We often play "Andy Goldsworthy" when we're camping.


We continued to wander around Chelsea, popping into various galleries until the kids made us stop to eat.  This strange performance piece was a hit with the kids (yes, it's a live man with his head and legs in large pots of coffee beans). 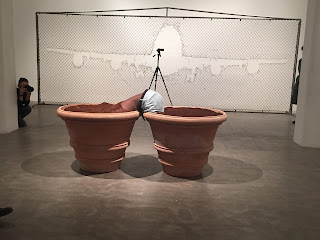 So I'm becoming an art expert right along with the kids.  Luckily, I came across a study this week to help justify all of the time and money we've spent in museums. 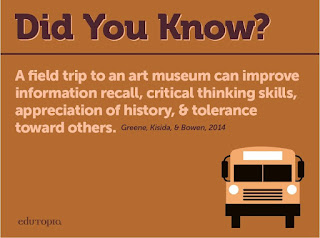