Feeling a bit like a chicken with my head cut off these days - running around in circles, seemingly getting nowhere.  The school year is in full swing and part of the benefit of feeling more confident in my abilities this year is that I also feel more confident that I know when things aren't working and am less reluctant to make immediate changes.  But that means our year is starting off slightly chaotic and scattered.  Hopefully it will all pay off in the end and we'll be rewarded with a smooth school year. 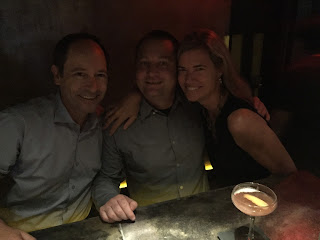 Meanwhile, I skipped a Monday morning post this weekend because frankly, other than a couple of great bookends our weekend was pretty crappy.  Friday night we were lucky enough to grab dinner and drinks with our good friend Angus from our old 'hood in California.  And on Sunday night our building had a wonderful pot luck dinner in our common back yard to welcome us and the other new family who moved in just before we did.  We met lots of really, really great neighbors and it turns out there are tons of kids in the building.  At the end of the night two little girls came up and gave Ella big hugs to say goodbye.  But everything in between was *meh*.  I was down with a stomach bug and between the pope's visit and Beyonce playing a concert in Central Park, we didn't dare venture far from home.  Too, too many people out there.

The highlight of the week was meeting up with some friends who spent the last several months traveling through 47 U.S. states in an RV.  My mom-friend took her four kids all by herself (her husband met up with them on the weekends) and fulfilled her daughter's dream of seeing the country.  All while raising money for suicide prevention.  She's an inspiration.  We met up with them at a pop-up shop for Holden's current favorite "toy" littleBits, in SoHo.  If you have a budding engineer, I highly recommend checking these little guys out. 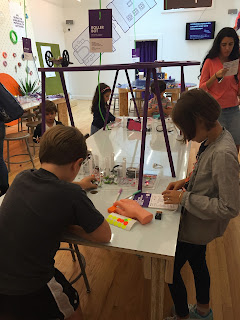 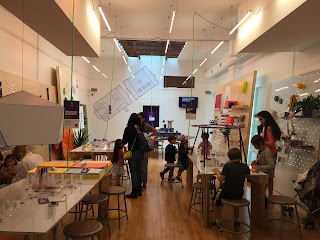 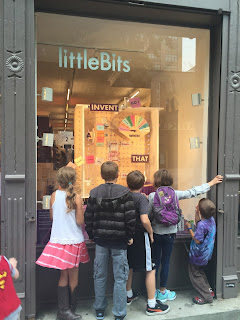 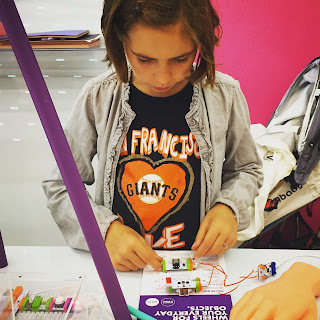