We wrapped up Zoo School on Friday with our final class on Polar Expeditions.  The kids actually thanked me for organizing the class. 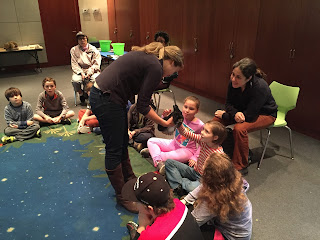 We got to pet a real chinchilla and arctic hare (do you have any idea how soft they are??) and learned a lot about animals that live in the arctic and antarctic, their habitats, and adaptations.  I think I'm learning as much as the kids. 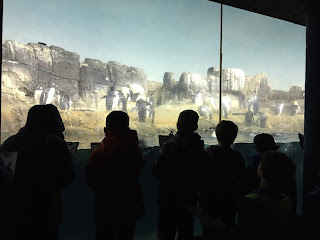 We got yet another visit from a good friend from the 'hood back in California, our neighbor Crystal.  It was so nice to catch up with her and hear all the neighborhood gossip.  Her family is one of our favorites.

And we got lots of unexpected free time this weekend.  Both Ella and Holden's soccer games were unfortunately cancelled due to rain and a soggy field.  But I have to admit I really liked getting some extra time this weekend and didn't mind using the rain as an excuse to hang out at home a bit, do some organizing, and play some rainy day games. 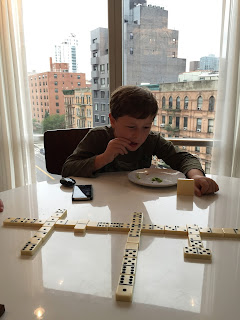 We even used the rain as an excuse to go to a movie in the middle of the day, something we never do. 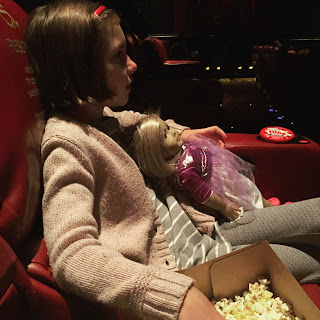 On Saturday night we saw a fantastic performance of Robin Hood.  We have season tickets to The New Victory theater in the theater district.  The New Vic hosts amazing theater troupes from around the world for really the best children's theater I think there is.  We've seen several shows there and nothing is ever condescending or silly, as some children's theater can be.  It has always been really quality, thought-provoking shows.  And this one was no different. 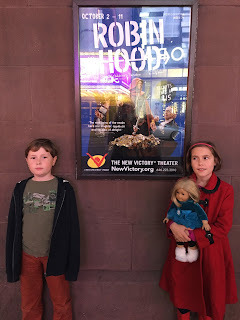 I was thinking this weekend about how much I love living somewhere with four distinct seasons.  I realized that it's because I really love change.  I get bored easily.  As I've said many times, I'd move every two years if I could.  But having seasons allows us to start wearing new clothes (so excited to pull out the boots and scarves), doing new activities (like seeing a movie in the middle of the day), and even eat different foods (yey for butternut squash soup!).  And while I love summer and all of the sunshine and free time, fall is definitely my favorite season.