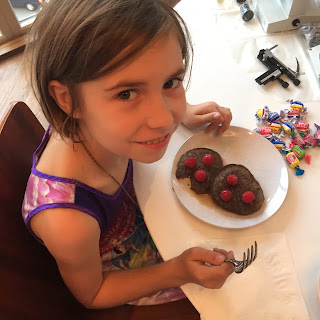 I have been a parent for a decade now and you know what?  I know even less about parenting now than I did then.

It kind of took me by surprise at how much this birthday of Ella's has hit me.  Ten years old is a big deal.  Double digits.  Most likely more than halfway through her time at home with us.  No longer a "little kid".  I've been very emotional all week. 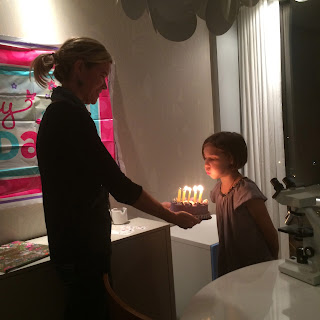 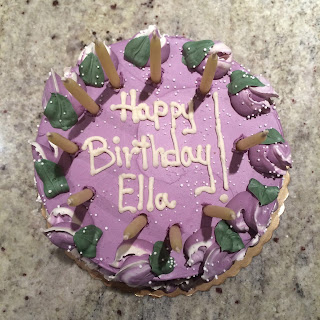 She's really growing into such an awesome person.  Ella has always been fiercely independent - extremely difficult to parent, but a trait I know will serve her well in adulthood.  She doesn't suffer fools.  She is much more likely to have just one or two true friends than to surround herself with people just to have company.  She doesn't mind being alone.  As a matter of fact, she seems to prefer it most of the time.  She knows herself well for a ten year-old and seems to have already learned lessons I didn't figure out until decades later. 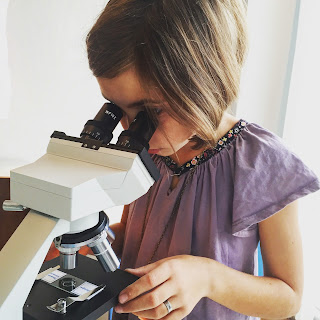 For her birthday all she wanted was a microscope.  She started asking for it months ago.   If you were to ask her what her favorite subject is she'd say science.  And history.  And art.  Oh, and wait, art history.  And math.  She likes math now.  Basically, she just loves to learn.  We took this week off school (we're doing a 6 weeks on/1 week off schedule this year) and she spent the entire first day learning everything she could about the International Space Station.  She watched YouTube videos, a couple documentaries.  All on her day "off". 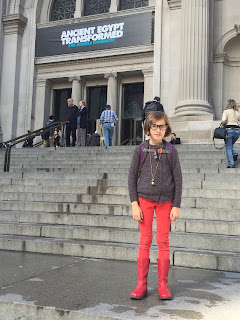 She couldn't believe her luck that The Met was opening a new exhibit about the Middle Kingdom of Egypt on her birthday.  We got to see a Members' Preview and be some of the first people to walk through.  While Holden and I enjoyed the audio tour together, Ella was off on her own, exploring the exhibit, sketching away madly. 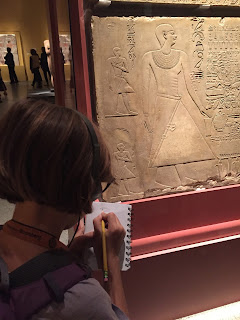 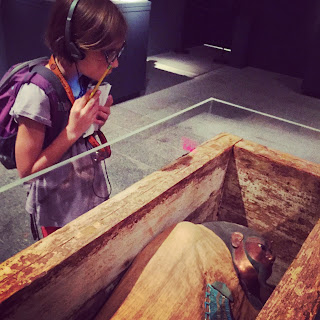 She was thrilled when I told her that I got us free tickets to see a dress rehearsal of the four-and-a-half-hour German opera Tannhauser at The Metropolitan Opera House at Lincoln Center on Monday.  She happily got herself and her doll Kit all dressed up.  After a bit of time she said, I think I'll stop reading the subtitles and just enjoy the music. 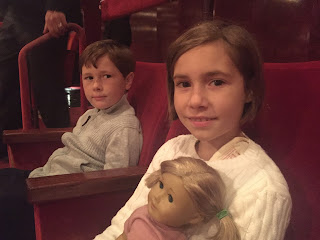 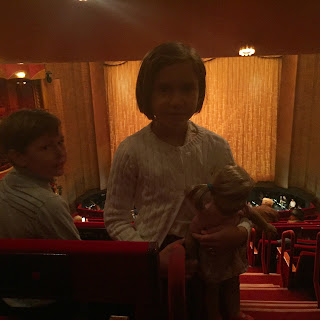 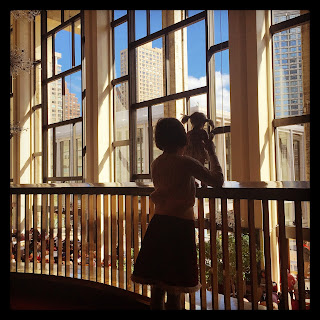 She'd be considered a nerd if she weren't so damn cool.

Happy tenth birthday to someone that I would want as a friend if you weren't already my daughter.