Our good moods from our weekend in nature carried us through the week. 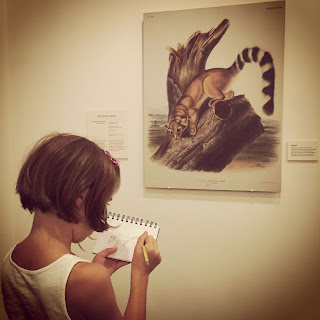 It turns out the best day of the entire year to go to the Museum of Natural History (and likely any museum) is the first day of school.  We had the place to ourselves on Wednesday as all of the New York City public school kids returned to classes.  After our work was done at home the kids had the idea to head down and see the new documentary there on ocean life and do some sketching.


Several of their classes started this week such as fine arts and creative writing (originally planned to be graphic noveling but the kids decided at the last minute to switch, which I am thrilled with).  That meant seeing friends they hadn't seen all summer, which really made them happy campers. 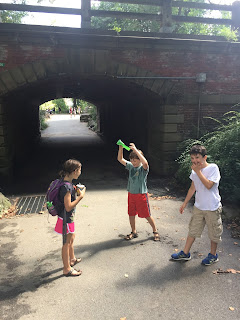 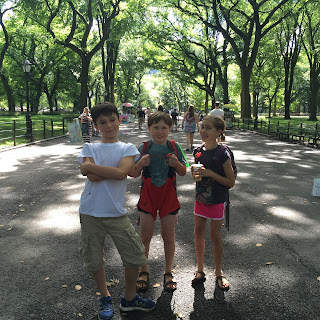 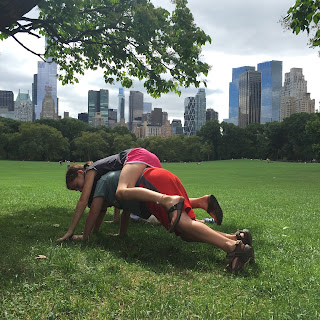 I also got to reconnect with homeschool mom-friends and meet a few new ones this week.  I had an especially nice picnic lunch with a few moms, all of whom are homeschooling boys, and got some really great advice and tips.  I've already ordered a couple new math curricula to try with Holden, one of which is completely based in comic book fashion, with the math lessons involving beasts having to do problem solving.  I'm most looking forward to checking that one out because I think it will be right up Holden's alley.

All of the classes we take and field trips we go on are each arranged by a parent who takes it upon themselves to organize such a thing.  I have pulled together a class or two in the past (at Writopia, their writing school), but nothing as big as the one that started on Friday.  I reached out to the Central Park Zoo last May and asked if I could organize a series of classes at the zoo for homeschoolers.  Yesterday was the first of three classes and was focused on the tropical rain forest.  I had 35 kids sign up, all 8 to 10 years-old.  We're calling it Zoo School. 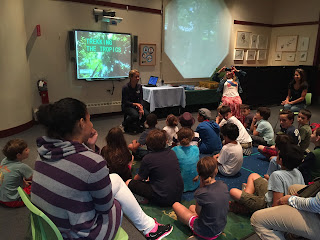 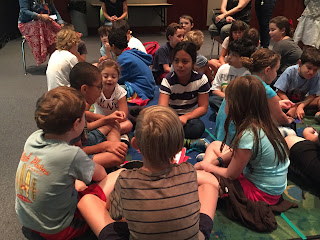 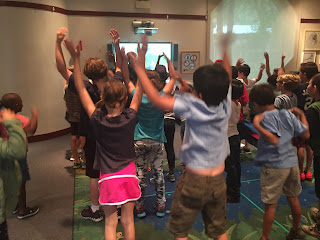 The kids all had such a great time and even I learned a lot about tropical rain forests and the creatures who live there.  There was some classroom time, some group activities, and then a tour through their tropical zone. 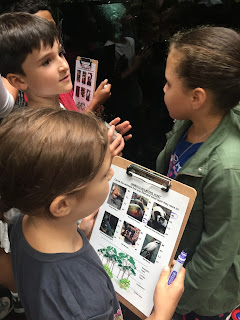 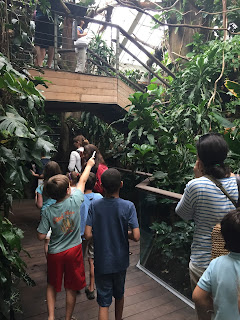 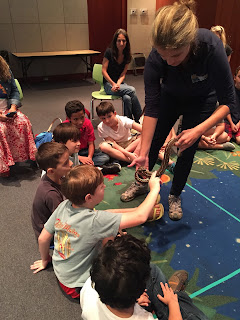 Next week will focus on habitats and environments, and then the third Friday will be a "polar expedition".

The weather is finally starting to feel like beautiful early fall, my favorite time of year here.  After Zoo School we didn't want to leave Central Park so the kids spent the entire afternoon playing, climbing trees, eating ice cream and dawdling through the park. 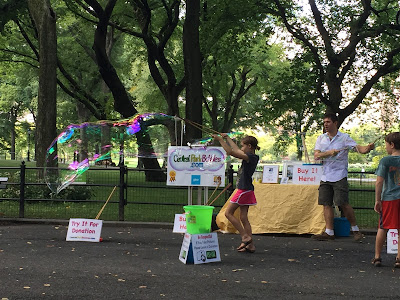