Besides putting away the last of our belongings in our new home and hanging the last of the artwork on the walls, we also had a fun weekend exploring our new neighborhood and beyond. 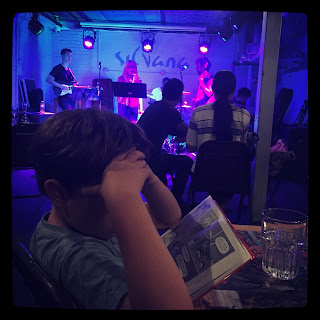 Friday night included bouncing around a few new spots in our 'hood.  Kevin and the kids played some soccer in Morningside Park after work and then we all met up at a nearby bar with a backyard for Friday night Happy Hour.  We made our way down the block for a delicious Carribean seafood dinner at Lolo's Seafood Shack - also with a backyard (essential since New York hasn't gotten the memo that summer is over - still in the 90s this week).  We weren't quite ready to go home yet and the kids were deep into their books, so we dragged them to one more stop on the way home, a basement jazz bar with live music 7 nights a week.  They didn't seem to mind having a couple of reading kids sitting in the audience (it was only 8pm), so we had a final drink listening to some Herbie Hancock covers.  All of this within 3 blocks of our new home. 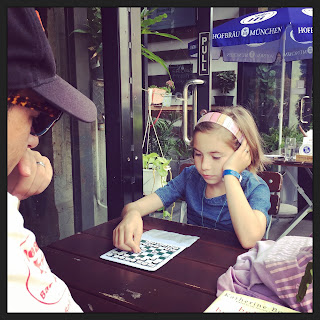 On Sunday, after some housecleaning and general laziness around the apartment, the beer garden across the street was calling to us so Ella had the brilliant idea to bring their portable chess game along.  I could get used to this homebody stuff.

Just kidding.  You know we also did our share of adventuring this weekend, too.  On Saturday the kids really wanted to take Kevin to see the China: Through the Looking Glass exhibit that we saw last week at The Met.  It's only there another couple weeks and Kevin didn't want to miss it.  Again, Ella had the great idea to start with Dimsum in Chinatown and make it a theme day. 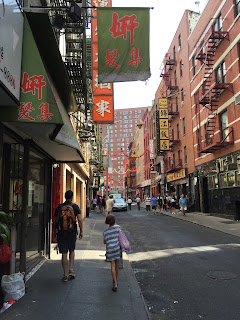 Kevin found the oldest Dim Sum parlour in New York's Chinatown and we gorged ourselves on dumplings and tea for lunch and then wandered the streets of Chinatown, trying to follow along on a couple walking tours we passed.  We eventually made it back uptown to The Met and Kevin was as equally impressed with the exhibit as we were. 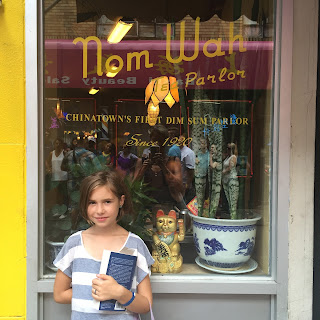 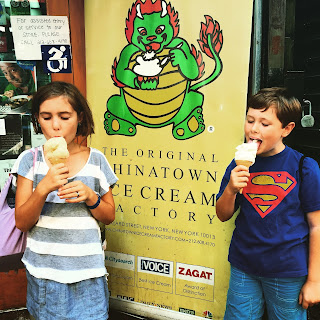 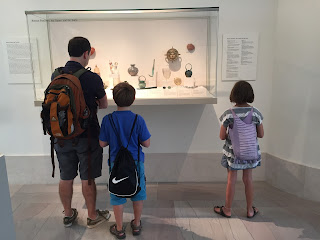 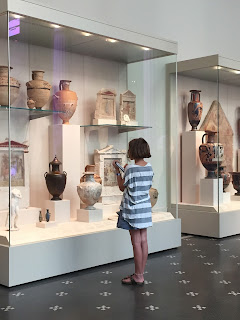 Those photos are of course not of the Chinese exhibit.  It was too dark in there to take good pictures.  These are from when the kids had a contest to find the oldest item in the museum.  We may have to return but I think Kevin won with a 4,000 B.C. figurine from the Middle East somewhere.  Six thousand years old....crazy.

We spent the evening picnicking in Central Park with friends and watching Superman 2 outdoors as part of the park's annual film festival.  This year's theme was movies from 1980 (the year the Central Park Conservancy was started).  Apparently there weren't a lot of child-friendly movies made that year because this was the only one this week we could bring the kids to. 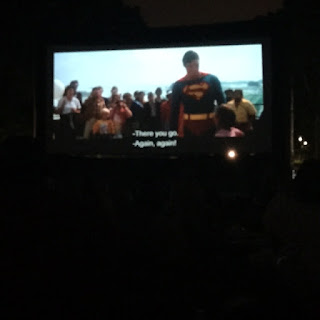 There's probably a time in our future when our kids will no longer want to spend their weekends taking us to museums, playing chess with us, leading us on adventures across the city.  But I don't want to think about that time.

I know how good we have it right here, right now.