This time last year, as brand new homeschoolers, our days were pretty quiet.  We did our work at home and then went to some classes where I dropped the kids off and then found a quiet coffee shop nearby to read.

Fast forward a year and I'm turning down play date requests left and right (we have real schoolwork to do, people!), the kids are in way too many classes and activities, and my "time off" is almost always hanging out with multiple other moms, chatting and swapping information and ideas.  In other words, our community has greatly expanded.

After Wayfinders (their role-play, sword fighting class) in Central Park on Tuesday, one of my mom-friends said, "Ella and Holden are coming over for Math Club, right?"  I ignored the fact that we are already completely overscheduled and have no time for any additional activities and said, "Of course!"  Math Club is a group of their friends who meet across the street from Central Park on Tuesday afternoons to play fun math games and enter a monthly competition.  How could I say no? 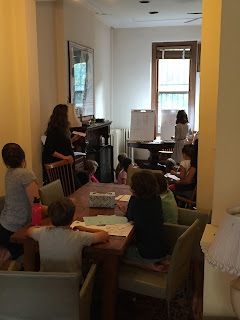 At first Ella was less than thrilled.  She's actually pretty good at math but has never enjoyed it.  I hoped that this might be the link to making math fun for her.  I kind of sprung it on the kids.  At first I said we were just going over to our friend's house for a play date.  And there might be math games there...  But after an hour and a half both kids begged to come back next week.  Their first competition is in November.

I've also hit the jackpot with Holden's math curriculum this year.  Recommended by a mom who is also a math tutor, I ordered Beast Academy which is an entire math curriculum written as a comic book!  It's genius!  And it's Common Core aligned, if that matters to you. 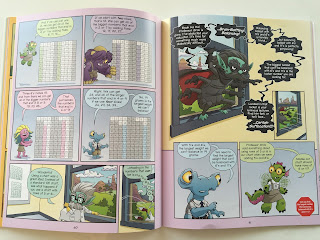 He loved it so much he read the entire book (a quarter of the school year's worth of work) in one sitting.  Now I'm making him go back and do the accompanying practice book.

In addition he's also taken to an online math curriculum that has lots of bells and whistles and prizes to be won.  A boring old text book just isn't going to work for him. 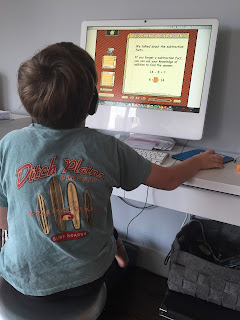 We returned to this week's Wednesday Homeschool Recess in Central Park.  Again we showed up to see a couple dozen of their friends playing in the park. 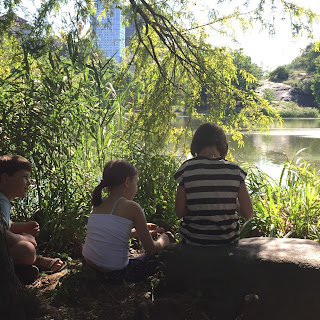 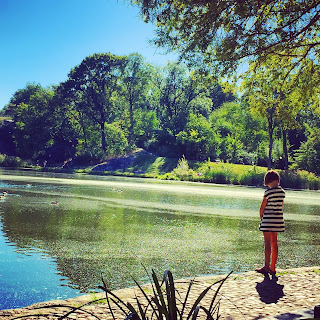 Last Thanksgiving when we were in Washington DC, we got to see one of only four remaining copies of the Magna Carta - the actual 800 year-old document.  At the time I told the kids that this was a once-in-a-lifetime opportunity.  Well...less than a year later we got to see a second copy, and this one is 80 years older than the first one we saw!  They aren't going to take me seriously anymore when I say things like that. 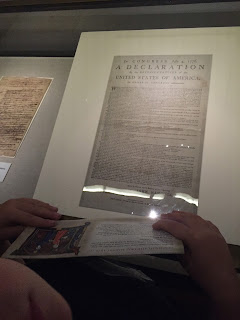 The copy is at the New York Historical Society for only a week, on tour for its 800th birthday.  Also on display were drafts of the Declaration of Independence, the Constitution, and Thomas Paine's Common Sense pamphlet.  I had the kids watch a Brain Pop video (awesome animated educational children's videos on any subject or topic you can think of) before we went to refresh their memories on the importance of the Magna Carta.  When we walked into the room I said, "Wow, there's also a draft of the Constitution here!" to which Holden replied, "Well, that's because the Founding Fathers based the Constitution on the Magna Carta."  All heads in the room swiveled to look at the nerdy eight year-old.

We're trying to spend the rest of the week and weekend as close to home as possible.  Between the Papal visit and a concert in Central Park tomorrow featuring Beyonce, Pearl Jam, and Coldplay, our city is basically on lockdown.  Street are closed off, thousands of police are wandering the streets and subways, barricades everywhere.  Oh, that's right.  Ella and Holden both have soccer games in Central Park this weekend...lucky us. 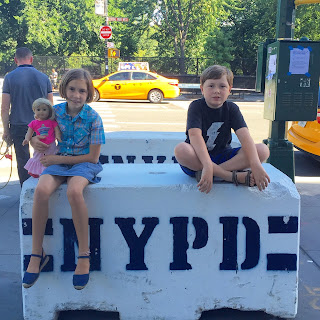