What a difference a week makes.

Remember last week when I was gushing about how easy the beginning of the school year was starting out?  How I had done such a good job of easing the kids into schoolwork that they hardly even noticed?  Well, they're on to me.


At least one of my kids has realized that school isn't as much fun as summer vacation.  One of my kids has been causing me to pull my hair out, pleading with him (see, I just gave it away) to AT LEAST FINISH ONE PROBLEM!  At least write a single paragraph.  At least, at least try to stay focused. 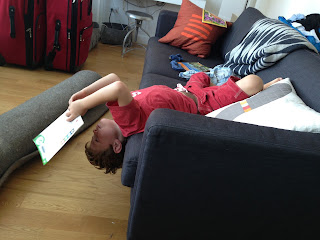 You see, one of my kids learns VERY differently from the other.  I don't usually like to categorize things into "boy" and "girl" qualities, but I don't think it's a coincidence that by far most of the homeschoolers we've met in New York City are boys.  I think many boys have a much harder time in traditional school settings.  If I ask my boy to both sit still AND focus on what I'm saying, I can see by the look on his face that he is being tortured.  You see, sitting still takes all of the energy he has.  There's nothing left for him to use to actually listen to what I'm saying.  At least not for very long.  So I was reminded this week that I will need to make some changes to our curriculum this year for the boy.


Luckily, Ella has gotten even easier to homeschool this year than she was last year.  She has been starting her work on her own each morning, checking her computer to see what her assignments are, making her way through them.  Calling to me when she needs help.  She, like me, likes to check the boxes and make her way through a list.  She has been done with her day's lessons each day before lunchtime. 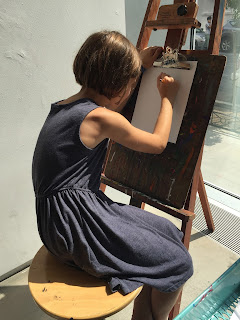 Holden, however, is going to need something much more interesting than multiplication flashcards, or writing a paragraph about himself, or acing yet another spelling quiz to keep him motivated.  I'm going to have to work a lot harder to win his approval and keep him interested.  He's going to make me work for this.

At one point I actually caught myself telling him to stop reading his book because we had to do his mythology lesson.  He replied, "But mom, I'm reading The Heroes of Olympus."  Not only was he learning a lot more about Greek mythology from his enjoyment of the book he chose for himself, but it's a book that's probably several grade levels higher than what an average 8-year-old reads.  I need to learn to back off a little.  Real learning for him isn't going to come from checking off boxes on a list of to-dos.  He loves learning.  He just doesn't love doing it in any kind of traditional way or on my time schedule.

Luckily, we live in NYC and I can't imagine "home" schooling anywhere else.  Starting next week some of their out-of-home classes start.  This fall they'll be taking a science class with other homeschoolers, a fine arts class, and a graphic noveling class.  They'll continue with their history class at the New York Historical Society, which will focus on slavery.  They'll also continue with their Spanish tutor twice a week and their world mythologies and art class at The Met.  Their team-building/sword fighting group starts up again in Central Park and they'll both begin soccer again on the weekends.  Ella is even taking a fashion design and sewing class in the Garment District which will end with a runway show of their finished works.

And I'm worried that he's not going to learn enough?? 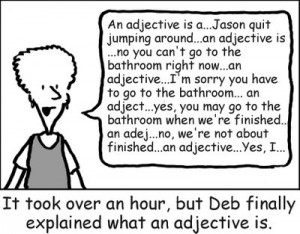