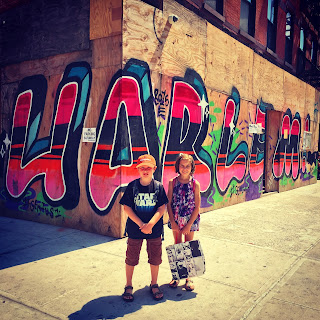 We've spent the week exploring our new neighborhood, putting away the last of our belongings, and packing our bags for a week in Amsterdam and another week on a Baltic cruise.  I'm pretty sure I've earned this vacation.  The last three weeks have been insane.  Moving is so, so draining.  But it's over!  And we're all settled in!  So settled in that we even had our first house guests this week. 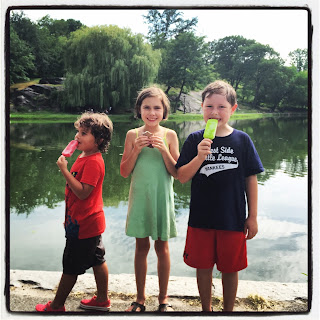 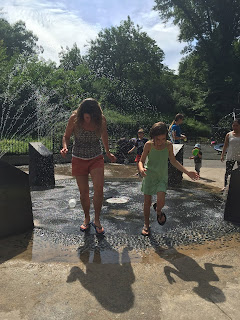 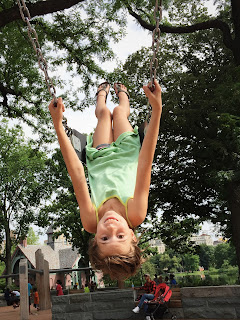 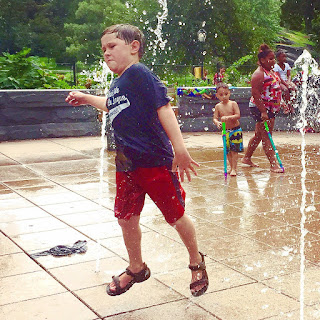 Our good friends Teresa, Tuan, and Ian arrived this week.  They'll be taking care of our apartment while we're away but we wanted to be sure to see them before we left so we overlapped our vacations by a couple days so that we could get some quality time with each other.  And that we did. 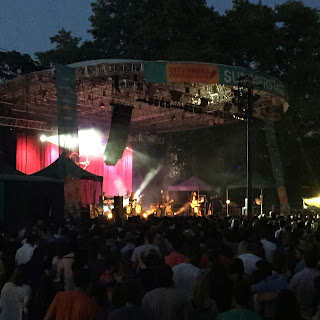 Kevin and I also got a much needed date night this week.  We saw a concert in Central Park on a gorgeous summer night (Father John Misty) and then had a romantic late night dinner at a great restaurant near our new home.  Just the boost we needed after a hectic few weeks.


I've hesitated taking any photos of our new home yet because although our boxes are unpacked, it's still not looking the way we want it to.  Plenty good enough for now, but not photo worthy.  But I couldn't leave for two weeks without giving some of you (especially mom) at least a glimpse into our new space.  So use some imagination.

And before I sign off for probably a couple weeks (who knows, I may try to figure out how to post from abroad), I wanted to do a little bragging on my beautiful daughter.  While I was busy packing up our old place, Ella was busy studying for an online standardized assessment I was having her take this summer.  She and Holden both took the California Achievement Test at the end of the spring and both aced it.  Literally.  Holden didn't miss a single question and Ella only missed a couple.  While we were proud of both of them, frankly, the test was super easy.  I read most of the questions over their shoulders and I think I would have been disappointed if they hadn't done well.  So I turned those scores in to the homeschool office but I started asking around about a test that might actually give me a better idea of how they're doing.  The CAT only tested math and reading comprehension.  I wanted something more thorough, something that would tell me what grade level they're at.  The Stanford-10 was recommended highly.  So I decided to have Ella take that one as well, just in case we find a middle school that she wants to apply to.  In addition to math and reading, the Stanford-10 covers social studies, science, history, language arts...a lot.  I didn't give her near enough time to prepare for the test since we were so busy in California.  So I just told her that this was a practice test and we didn't need to show the results to anyone.  I figured that if she didn't do well I could just show schools the CAT results.  The test took two long days to complete.  She could take as many breaks as she wanted but she had to complete the first 4 sections online on the first day between 9am-5pm and the second 4 sections the second day during the same time period.  She was pretty exhausted by the end of it and I seriously had no idea how she did.  I tried to just stick to packing and keeping Holden out of her way.  But 24-hours later the results were emailed to me and she did fantastic!  She scored way above grade level in all subjects except spelling where she scored right at grade level (which we were thrilled about because she is an atrocious speller).  More importantly, she is very proud of herself and I think taking such a hard test and doing so well on it has really raised her confidence level.  We're really happy for her. 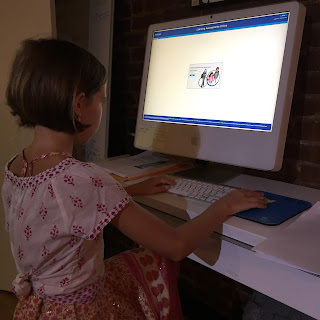 Now, time to hop across the pond and take a well earned vacation with my three favorite people.