Did I forget to mention that we're moving?  Again?  After my last post I received a couple texts from friends who were surprised when I casually mentioned in my last post about the impending move.  I guess I had assumed that everyone who reads this already knew.  To tell you the truth, I have no idea who reads this blog.  I've been talking about it nonstop for the last couple months.  But only to people I see face-to-face.  I forget that 'you people' also includes those whom I do not see very often.  Or maybe never see.

So, yes.  We are moving for our third time in less than three years.  Why do I bother to ever unpack? 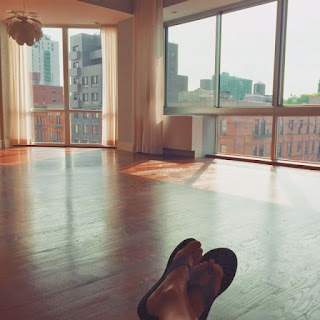 I will post more info and photos once we're officially in.  But as you can see above we're no longer in a dark, basement apartment.  We have light.  Lots of light, people.  And bedrooms, three of them!

And as we discovered last night, an awesome beer garden just a half block away! 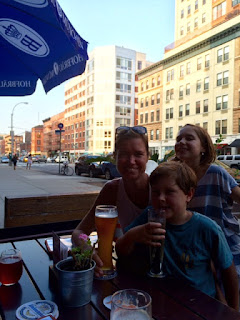 That tall building with the grey and brick behind us will be our new home by this afternoon.  The movers arrive in an hour...