Get Thee to Innisfree

We're winding down on our Friday nights at the Met, at least for this school year.  The kids only have a couple world mythology classes left.  Luckily, the martini bar on the roof just opened for the season so we'll get a few more weeks of living like the one-percent, sipping Champagne and cocktails overlooking the cityscape while the kids are toured around the museum.

This week the kids and I arrived early and sat on the lawn in the shadow of the museum, reading this book about the Dutch painter Vermeer. We're starting a series of art history lessons on a few Dutch painters in preparation for our trip to Holland this summer.  We'll be spending a week in Amsterdam visiting museums such as the Van Gogh Museum, Rijksmuseum, and the Rembrandt House Museum so I want the kids to have some background before we go.  Vermeer seemed like the easiest to start with since very little was written about his life and it's believed that he only painted forty paintings.  Lucky for us, several of them are right in our backyard. 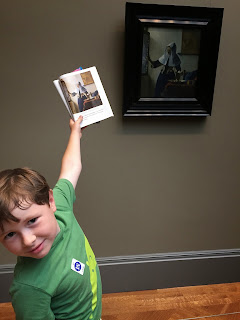 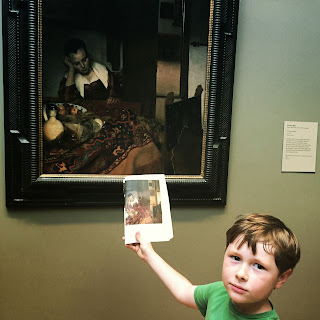 In addition to learning about artists, we're also starting to discuss Anne Frank and the Holocaust.  Ella's read a couple books in preparation including a biography of Anne Frank and Number the Stars by Lois Lowry.  The plan is for the three of us to read The Diary of Anne Frank together.

After the baseball and softball games on Saturday, we spent some time laying around the Great Lawn in Central Park reading and then headed down to Bryant Park where they have started their Shakespeare in the Park series.  Bryant Park is right in midtown and lays in the shadow of the New York City Main Library.  A strange place to relax and watch Shakespeare but it seemed like a very New York thing to do.  The kids loved it so much that once it started raining halfway through The Two Gentlemen of Verona (set in modern day Little Italy, New York), Ella cried all the way home because we had to leave. 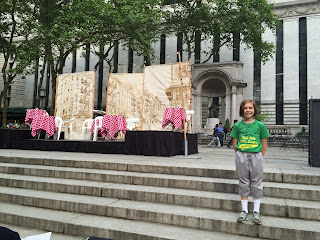 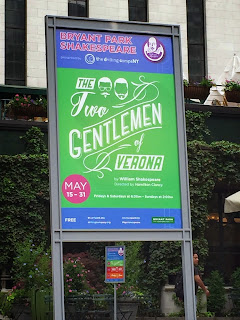 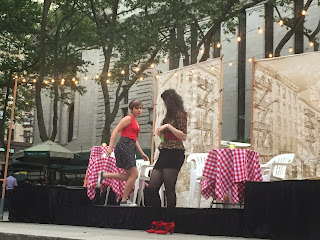 Kevin was determined to get us out of the city on Sunday.  He's had a visit to Innisfree Garden on his Bucket List.  Innisfree is about an hour and a half north near where Kevin went to college in Poughkeepsie.  Kevin visited the garden once while he lived there and remembered it as being magical.  He was right.  Innisfree is over 100 acres and was created in the early 1920s by an avid gardener and his heiress wife who were very influenced by Asian art and gardens.  It is considered one of the ten best gardens in the entire world. 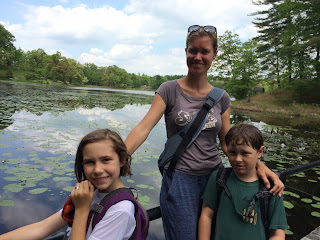 We spent a few hours wandering around the grounds, picnicking, finding centipedes, snakes, frogs, birds (that we were now able to identify thanks to our bird watching walk last weekend) and butterflies.  It isn't a natural garden, but a very staged, purposefully planted piece of art.  You might turn a corner and see a beautiful arch made of stone or a storybook setting with miniature flowers and a stream.  There were lotus flowers in the lake about to bloom and geysers of water spraying from an iron sculpture.  We all were entranced and after complaining the entire drive up, even Ella confessed, "I'm SO glad we came up here!" 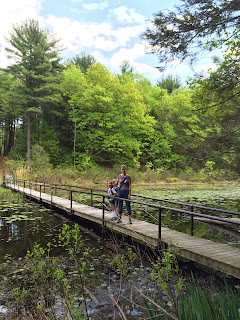 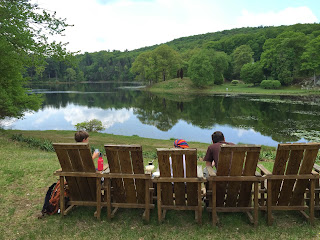 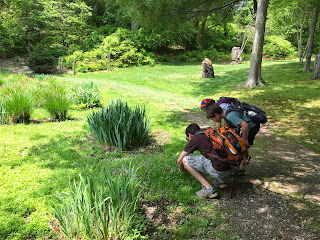 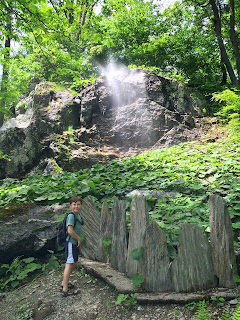 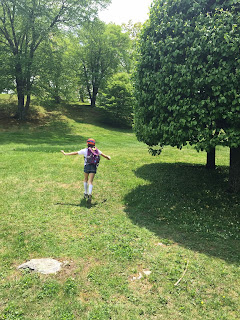 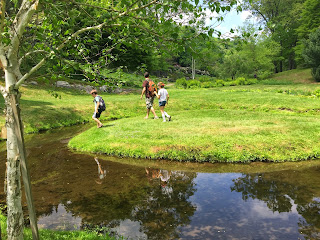 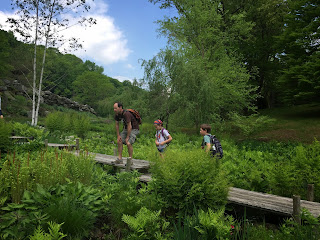 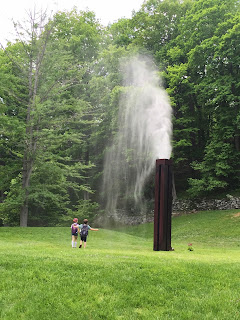 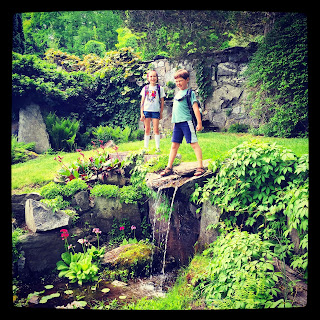 As we were heading home Holden said, "Mom, I definitely want to be an ecologist when I grow up."
I said, "Buddy, you already are!"