The sun is officially out and that means that Little League season has started (yes, a few weeks later than you people on the West Coast, for obvious reasons). 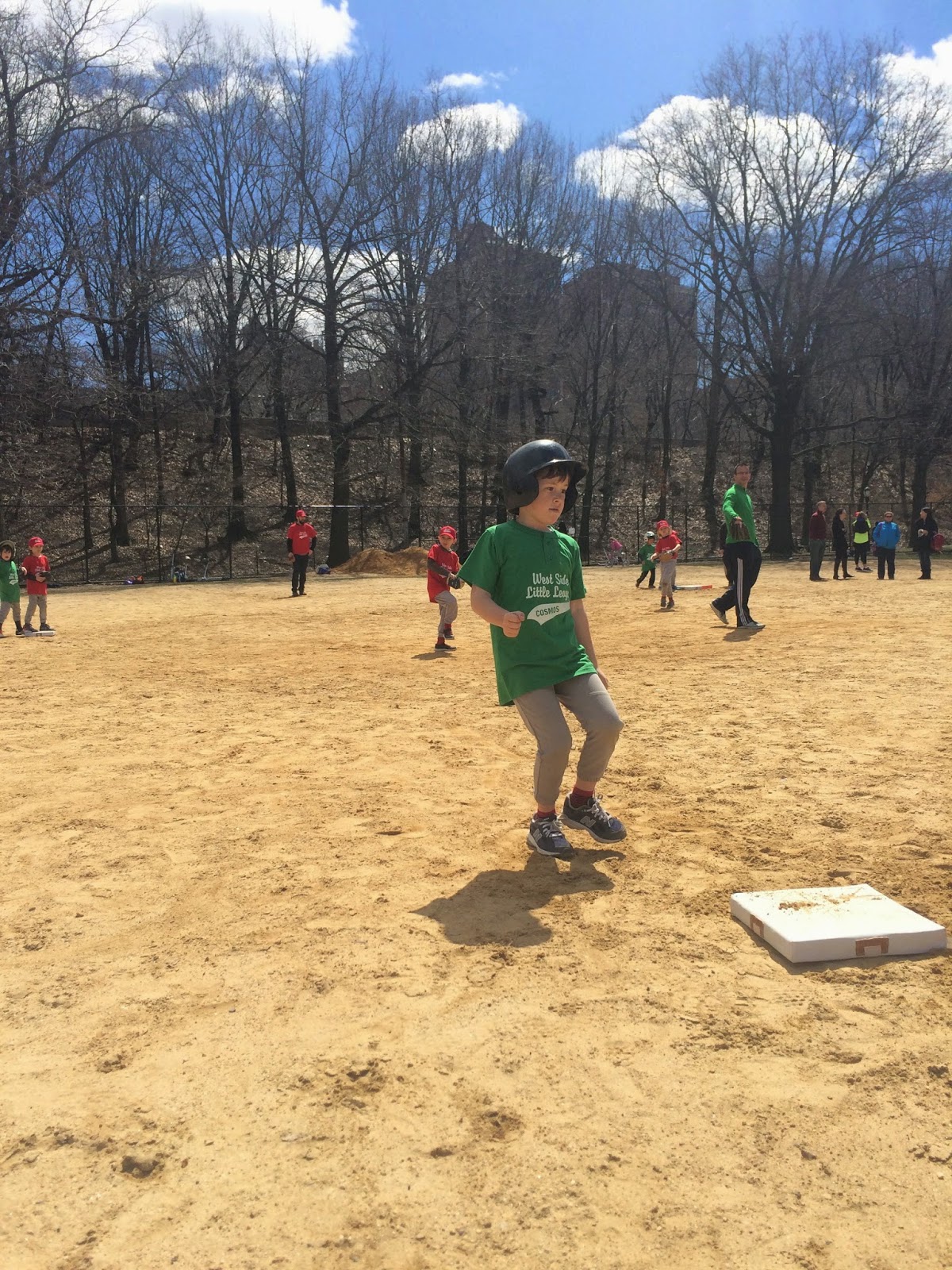 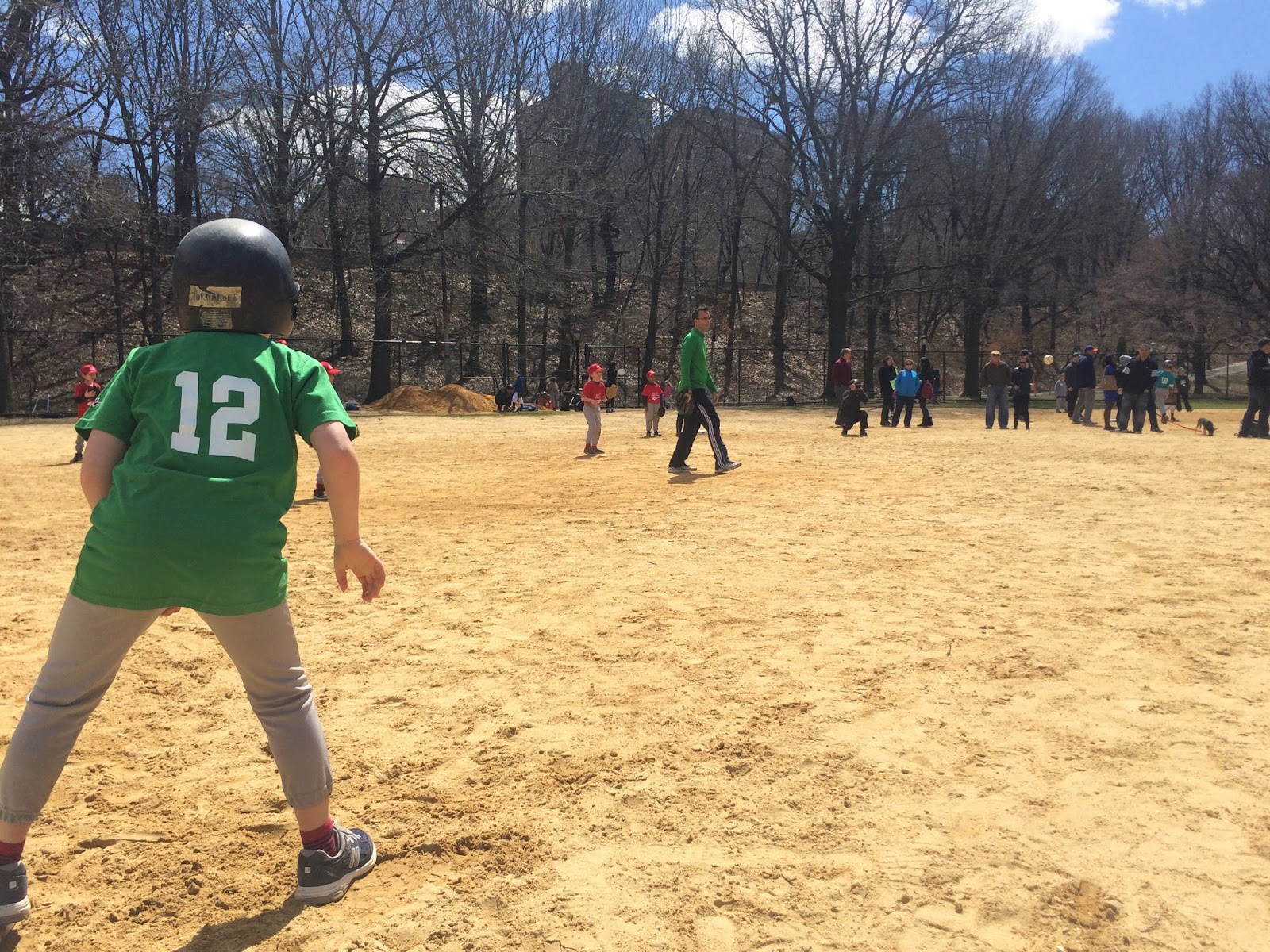 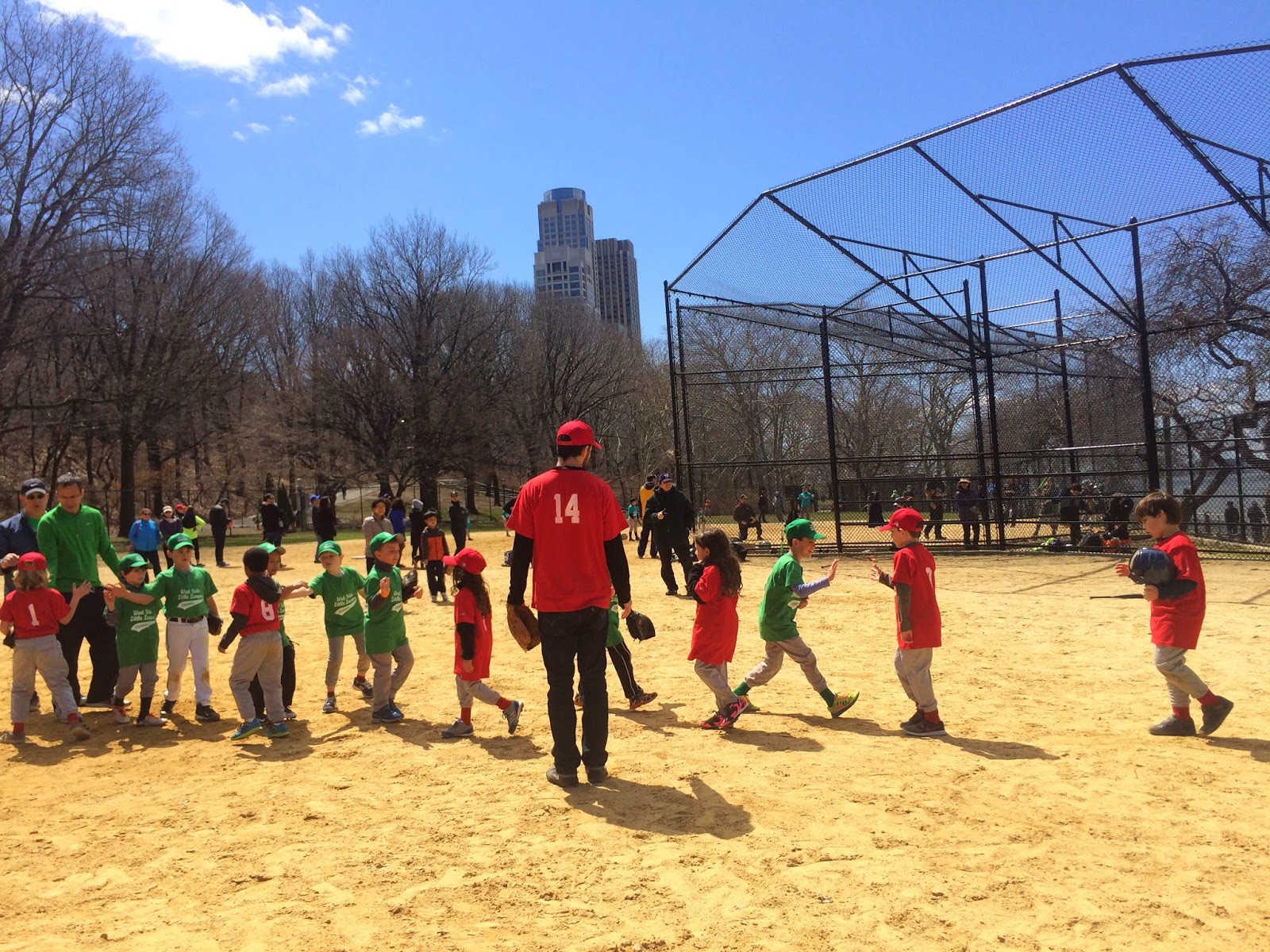 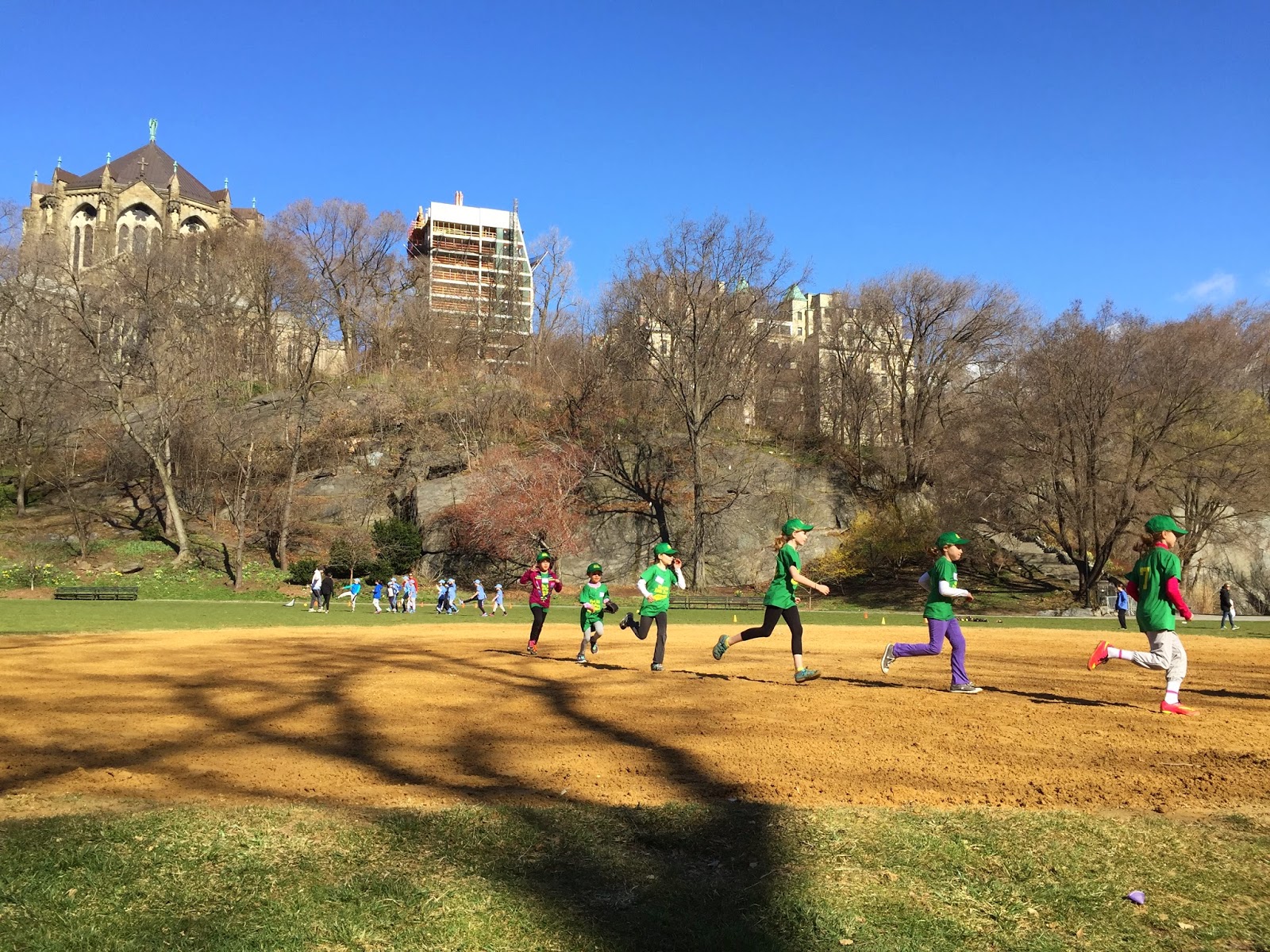 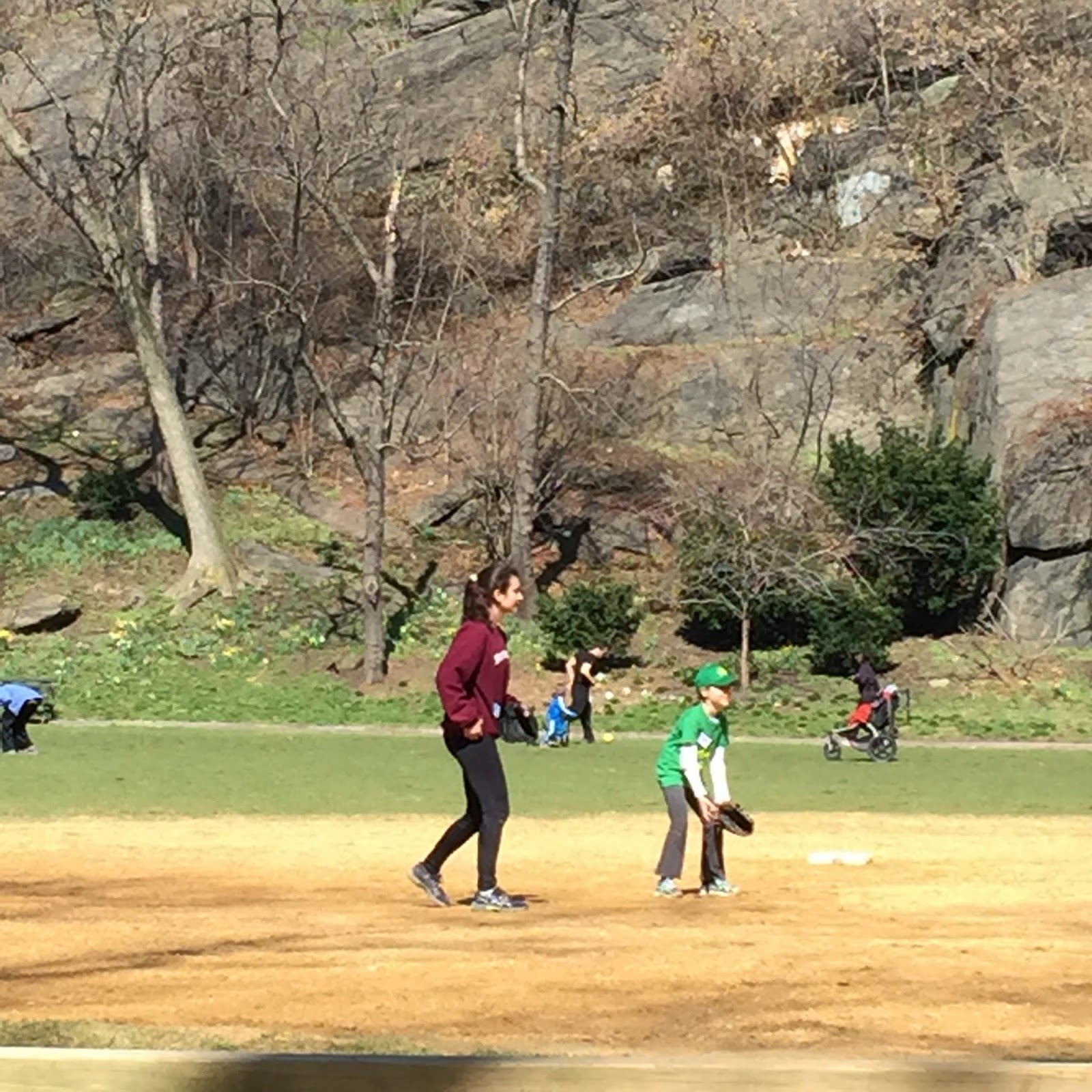 This season may get a little confusing because both Holden's baseball team (the Cosmos) and Ella's softball team (the Peaches) are both green.  The last two photos above are actually Ella.  A couple weeks ago when I reminded Ella that softball season was nearing she groaned.  No interest.  I can't blame her.  Unlike soccer, she spends a lot of time just standing around in softball.  And I'm sure I'm committing parenting blasphemy when I say this, but I really don't enjoy sitting around for 2-3 hours watching them play, making small talk with the other parents.  I know good parents actually enjoy watching their children play.  And I really don't like our weekends revolving around sports schedules and being tied to staying in the city.  So I was more than half-hoping she would back out of it.  But she decided to try one more season and you know what?  She loved opening day.  Had a great time.  I forgot that most of the enjoyment for her is the social aspect with her teammates.  So I'm glad she's playing this season and maybe I'll get some extra reading done on the sidelines. 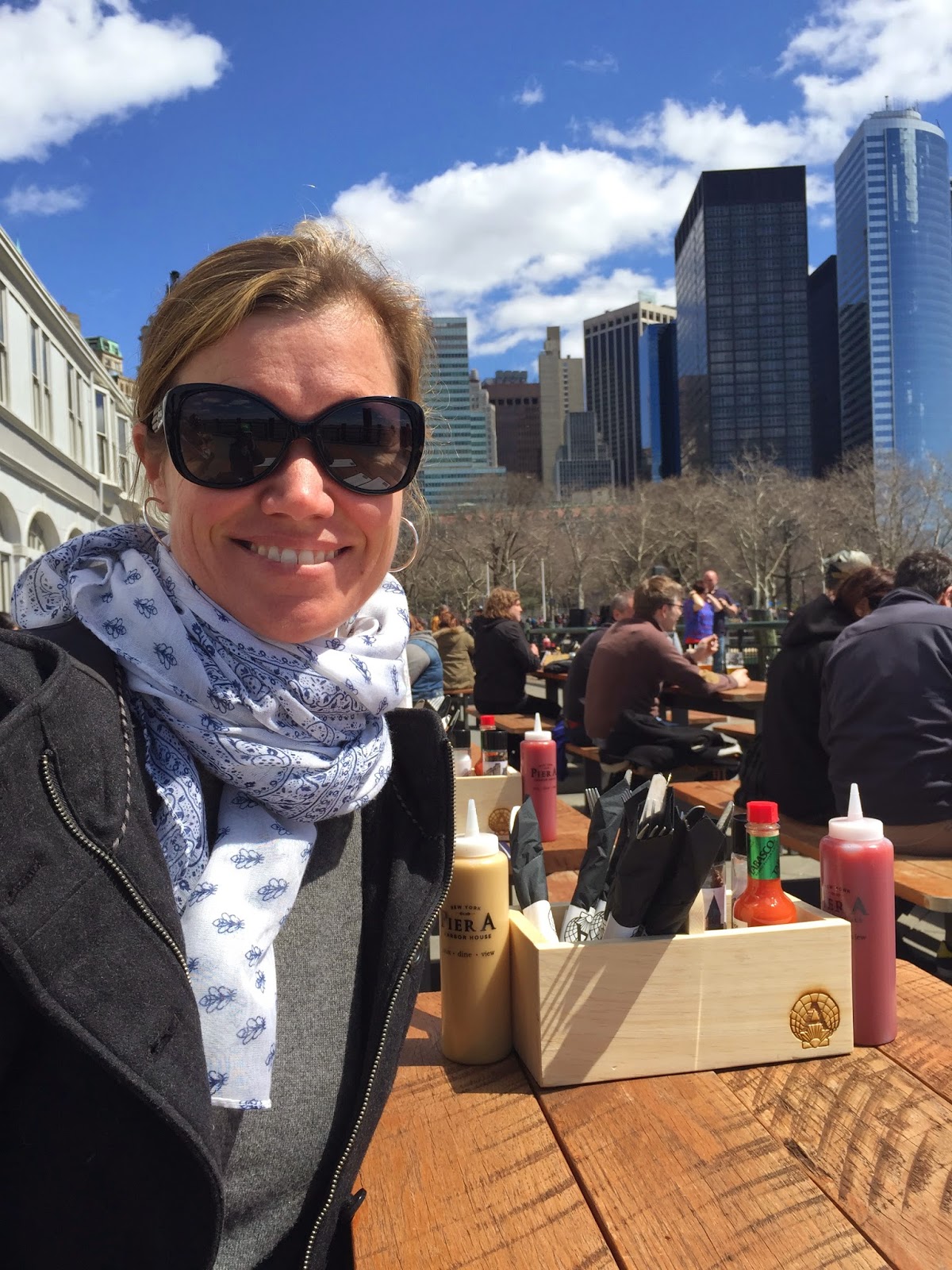 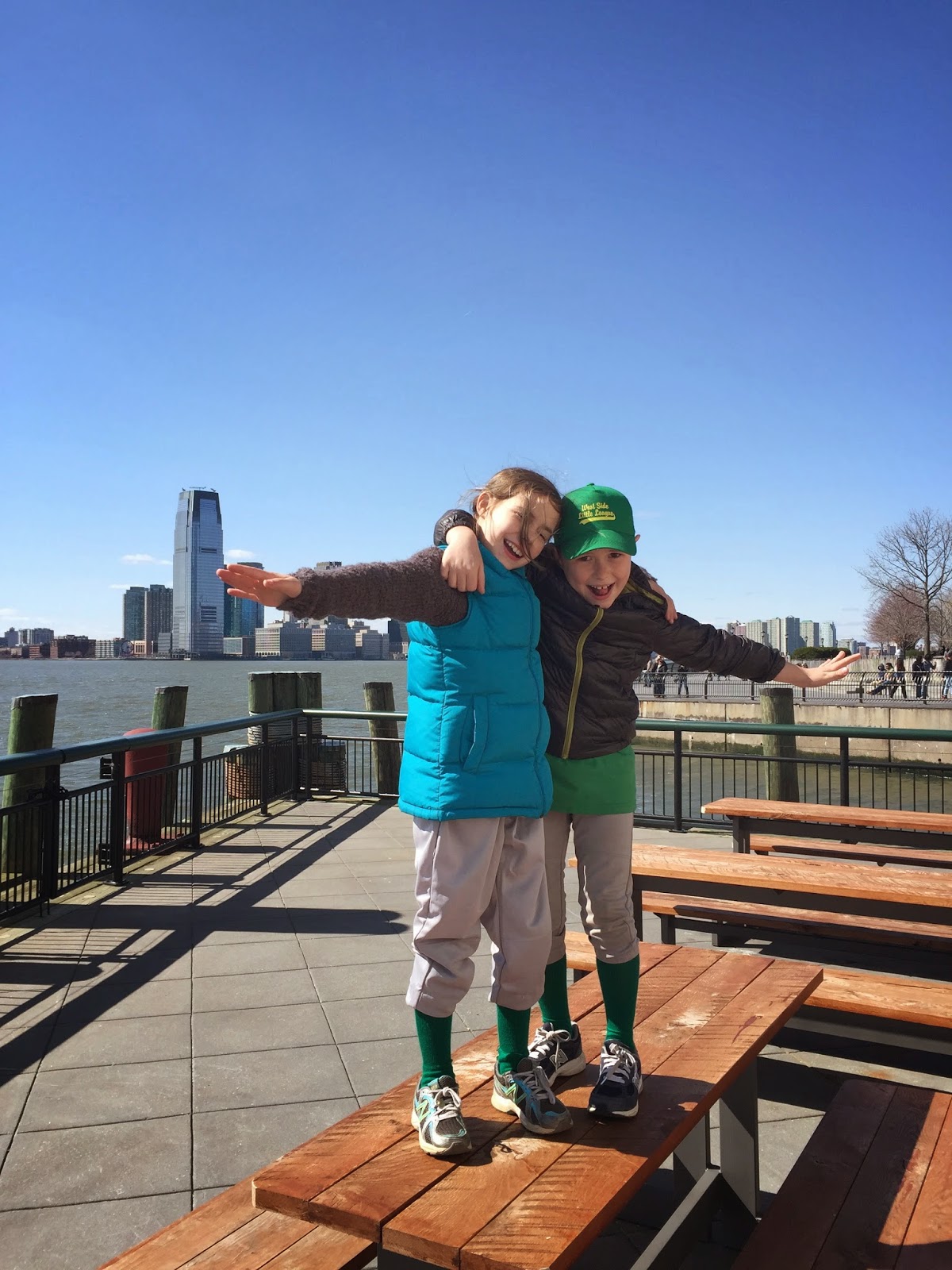 We spent as much of the weekend outdoors as possible.  Our friend Derek from California was in town so after sports we met him at a new outdoor restaurant/bar on the banks of the Hudson River, overlooking the Statue of Liberty.  Of course I didn't actually get a photo of either the statue or our friend, but trust me when I tell you that we spent at least three hours out in the sunshine, drinking beers and catching up.  I have the sunburned face to prove it.

Sunday was another beautiful day so we headed north to the Bronx to spend the day in the New York Botanical Garden.  We wandered for a few hours, still a little early in the season for much to be in bloom, but the gardens were packed with New Yorkers like us who just wanted to be outside enjoying the sun.  The kids spent a lot of time in the family garden learning about ecology and environmentalism from the garden's educators while Kevin and I planted ourselves in a couple of Adirondacks. 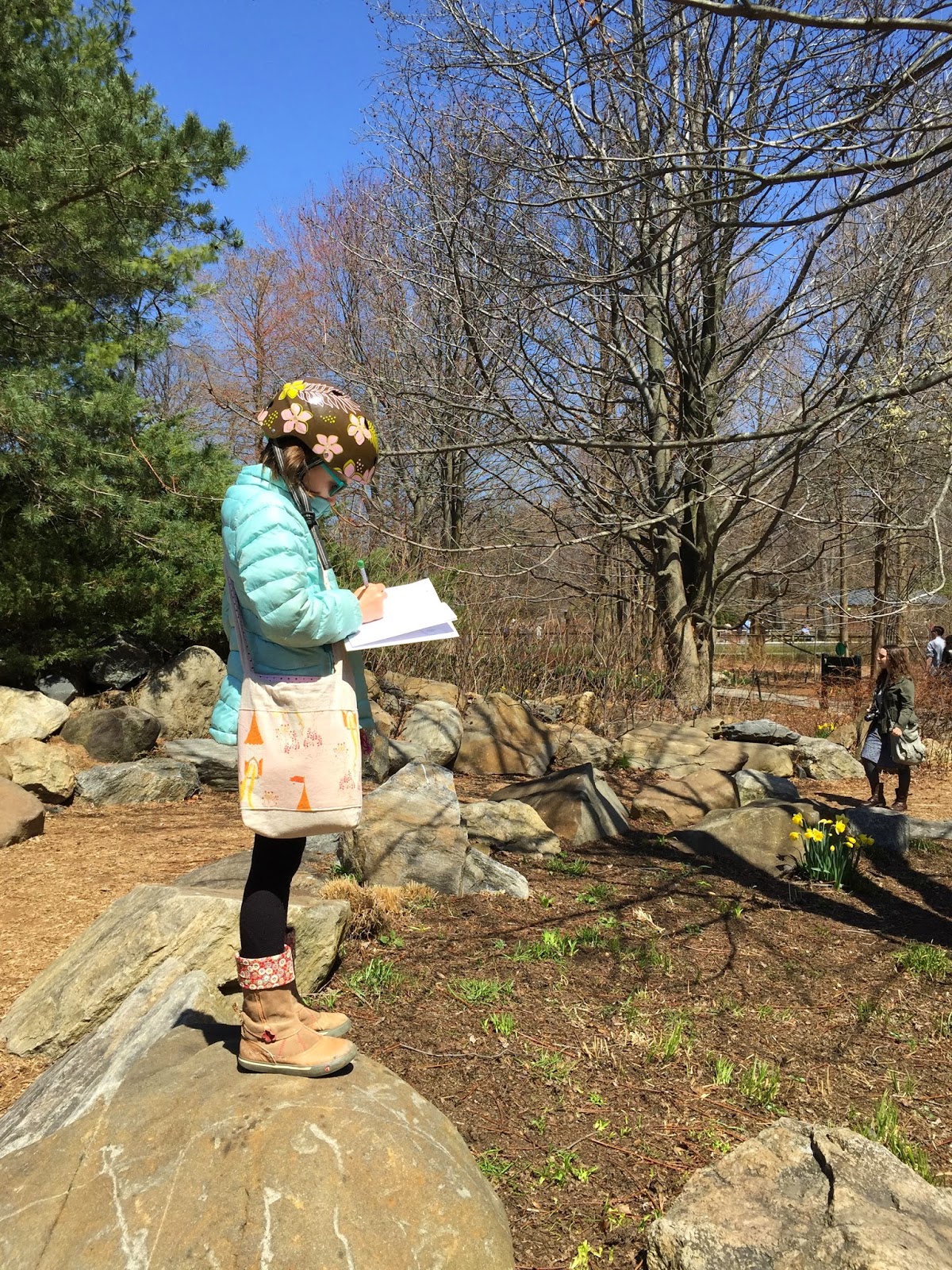 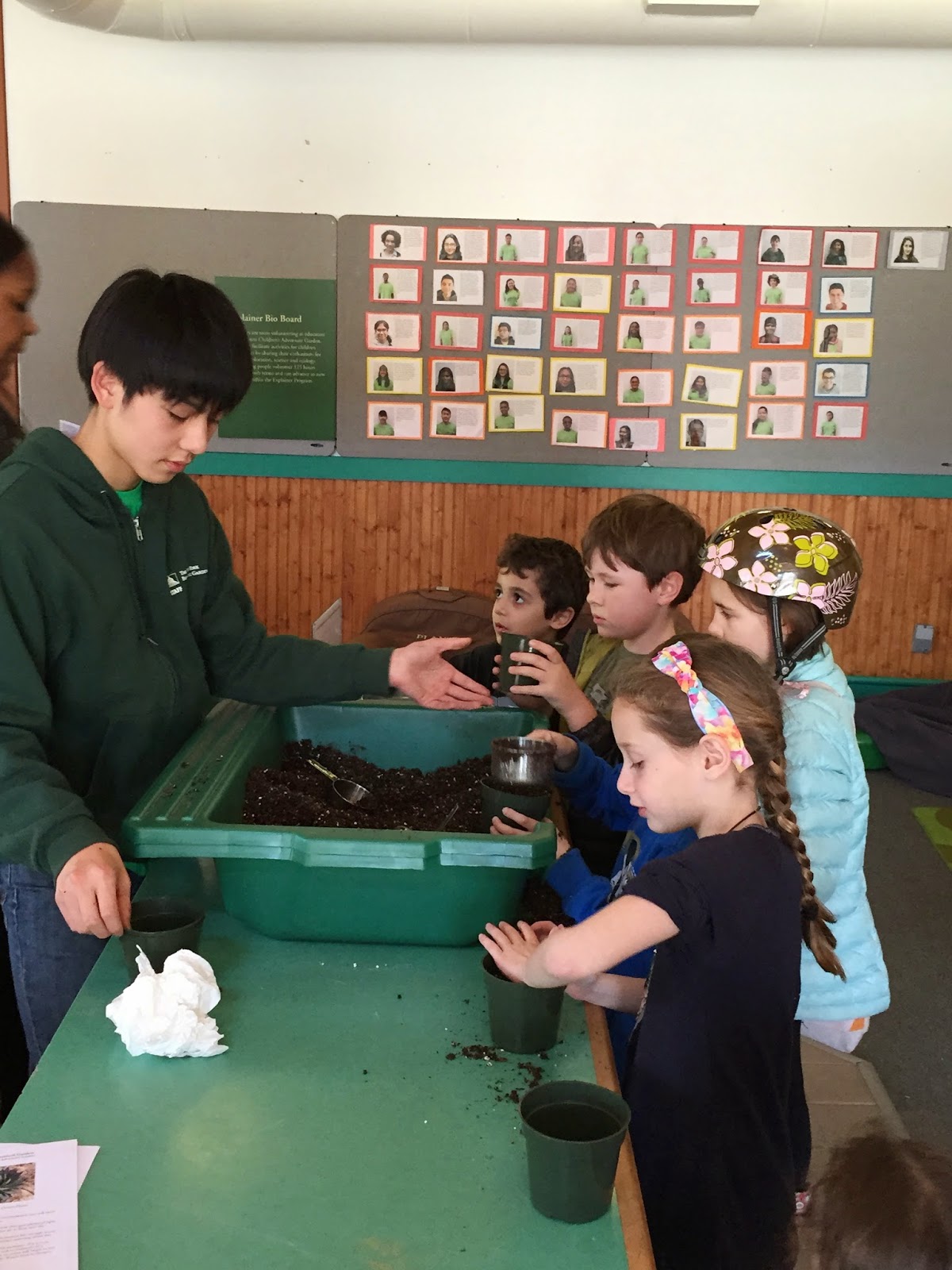 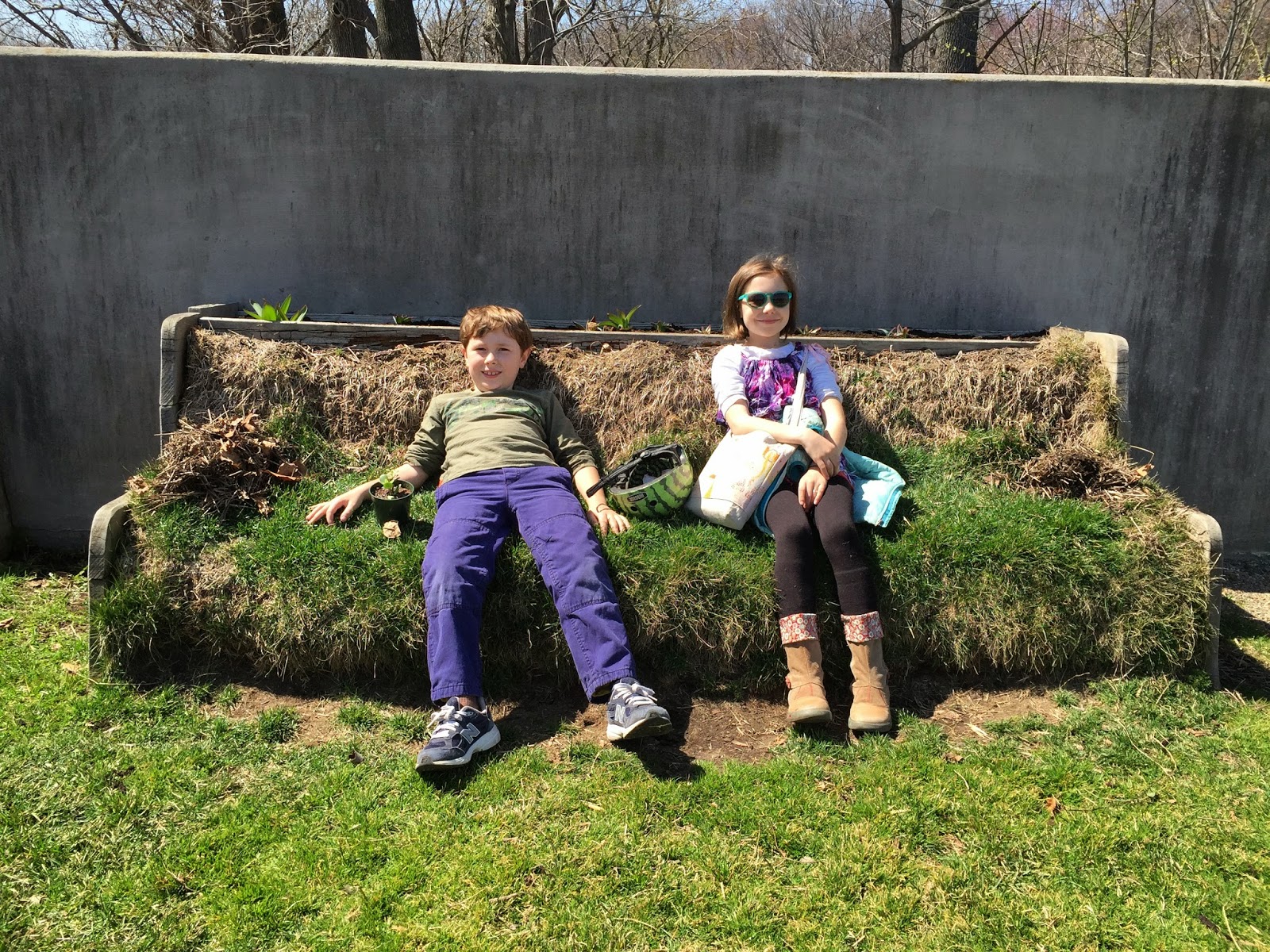 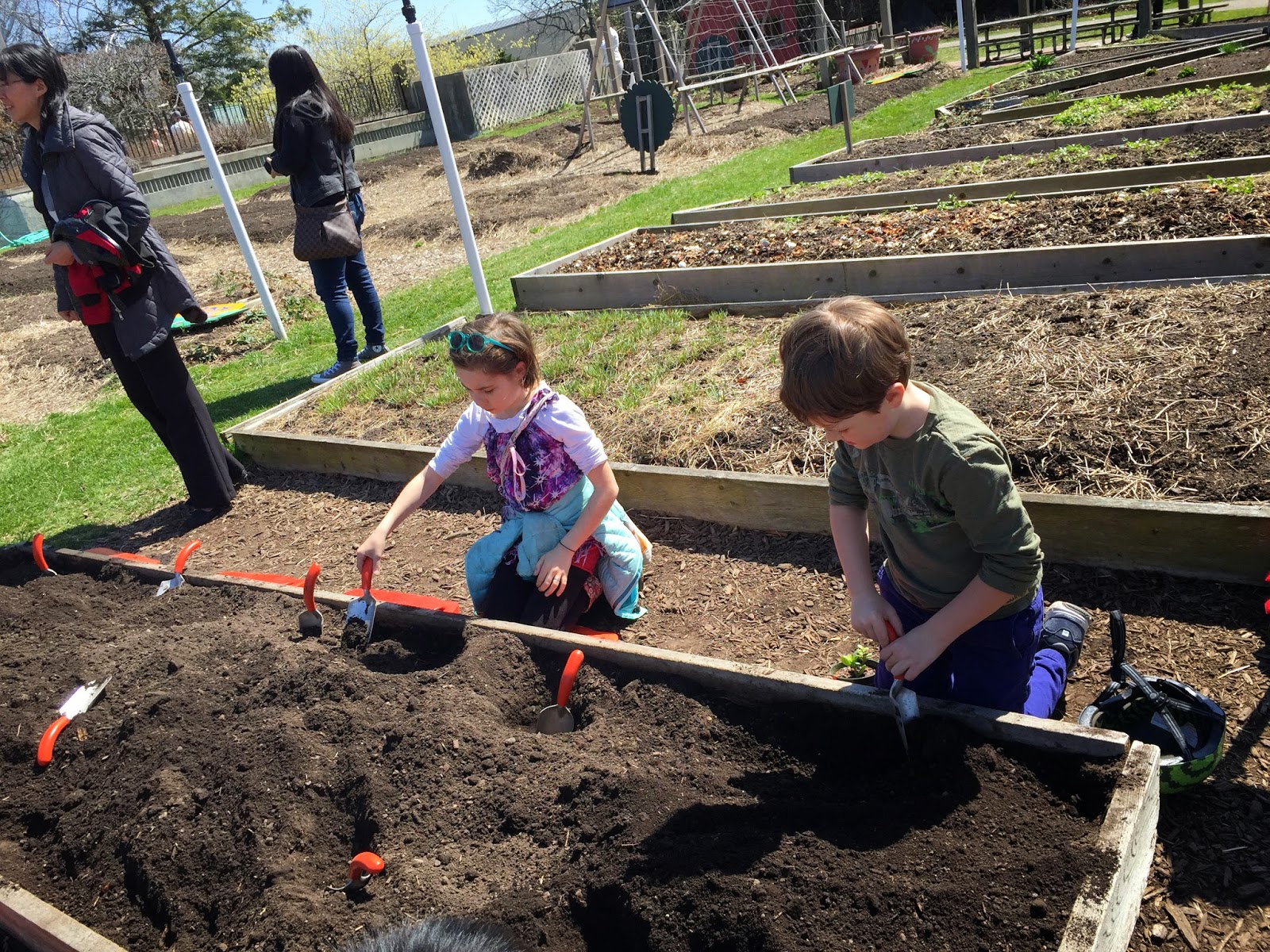 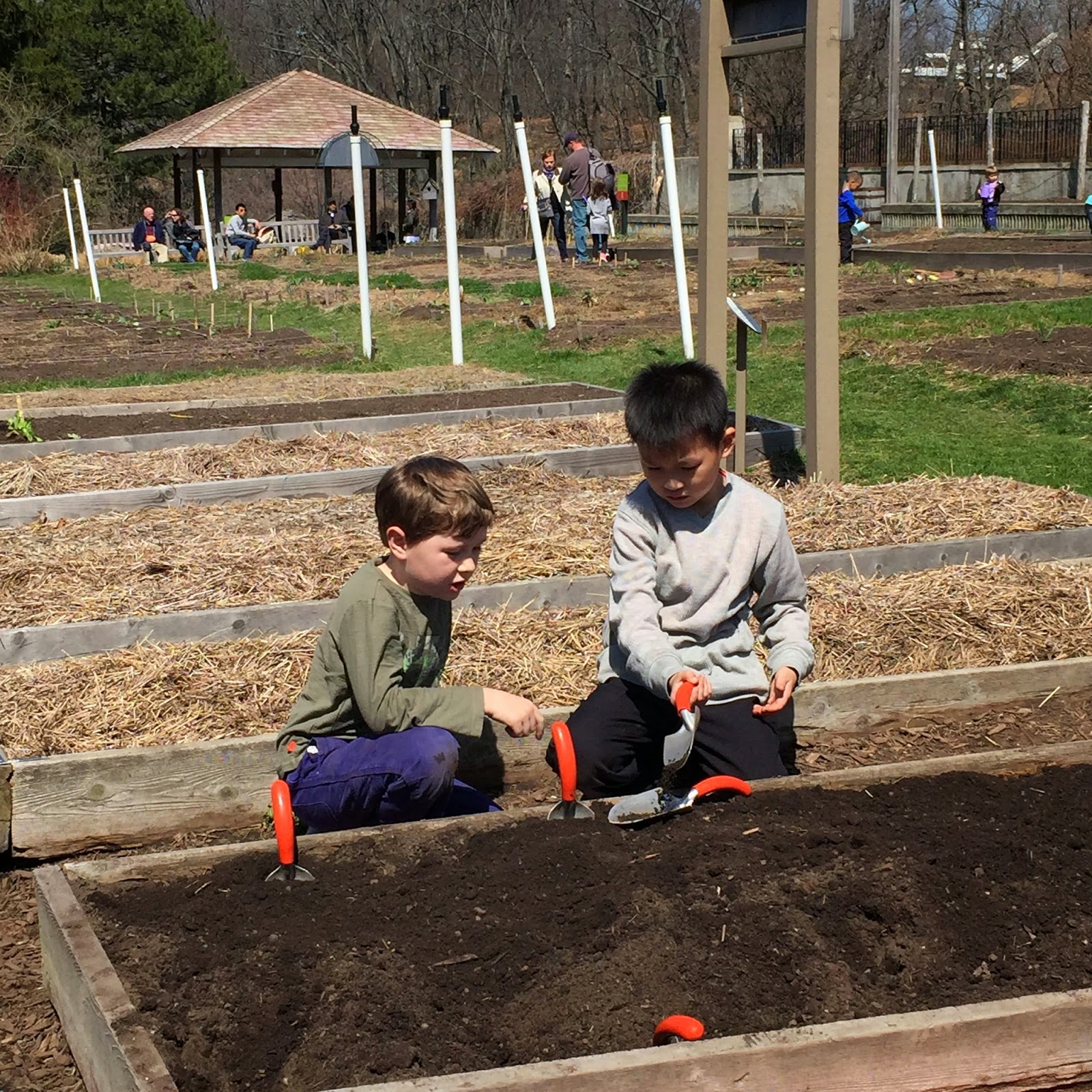 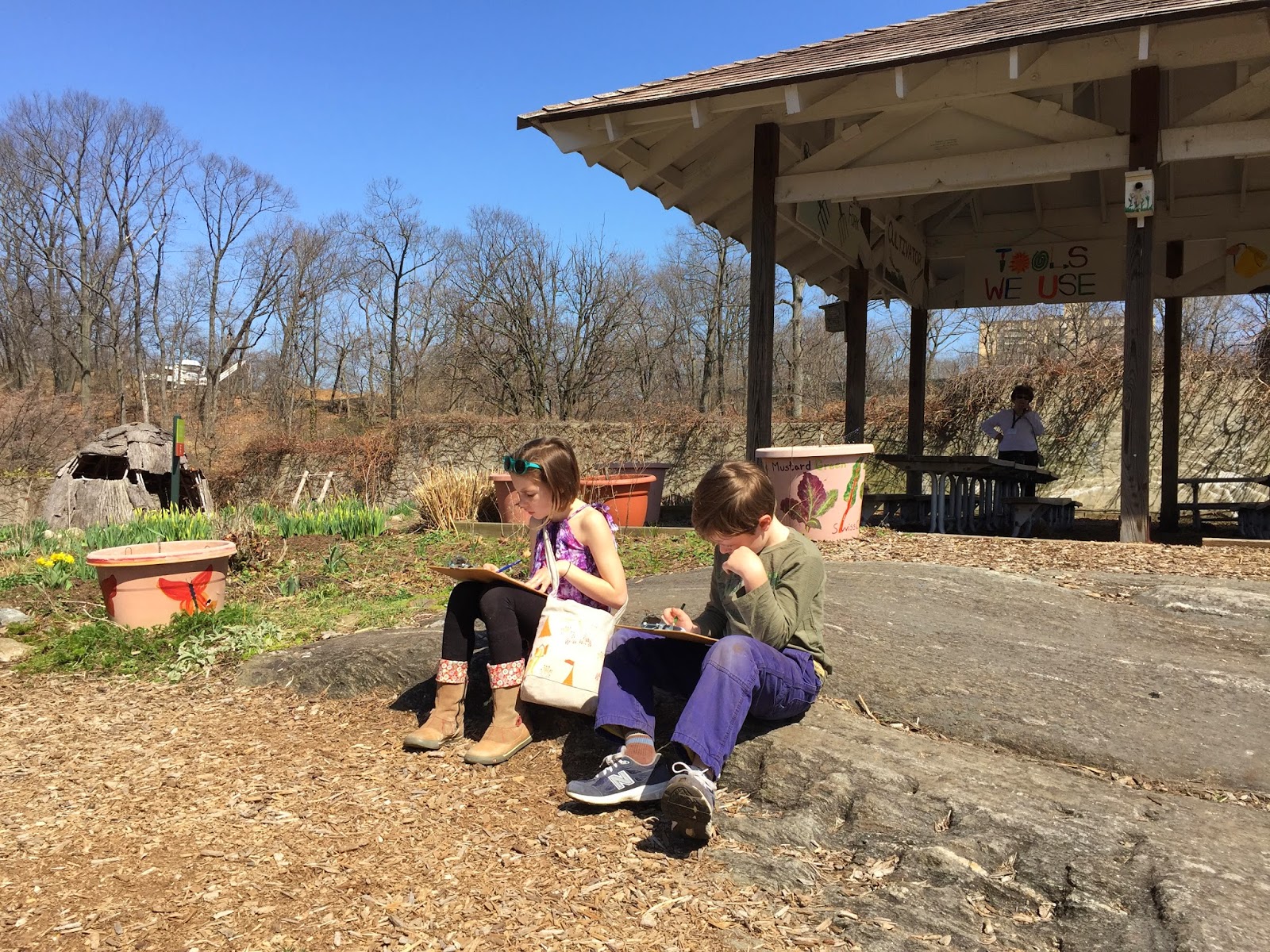 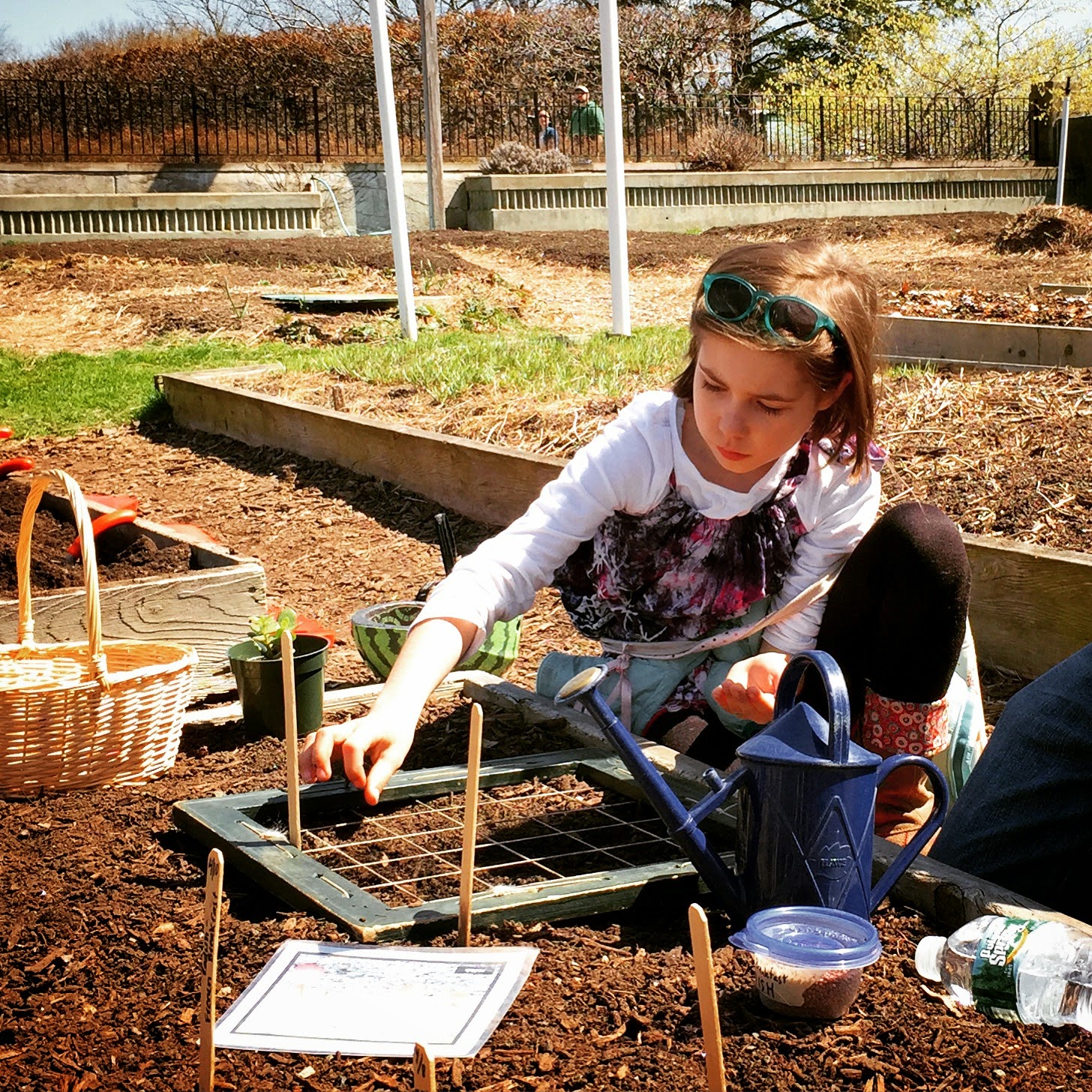 When we got back into the city (people here in other boroughs refer to Manhattan as "the city") and parked our van at our garage up on 162nd Street (much cheaper up there), we discovered a pretty major historical site sat just a couple blocks away.  We walked over to the Morris-Jumel Mansion, the oldest house in Manhattan.  It was home to Aaron Burr, Revolutionary War hero and our third vice-president.  The house was a headquarters during the Revolutionary War and as a General, George Washington stayed there for a time.  He returned once he was President (our country's capitol was in New York City at the time).  It was pretty cool to be standing in the room where he had a large dinner for his cabinet, including John Adams, Thomas Jefferson, and Alexander Hamilton. 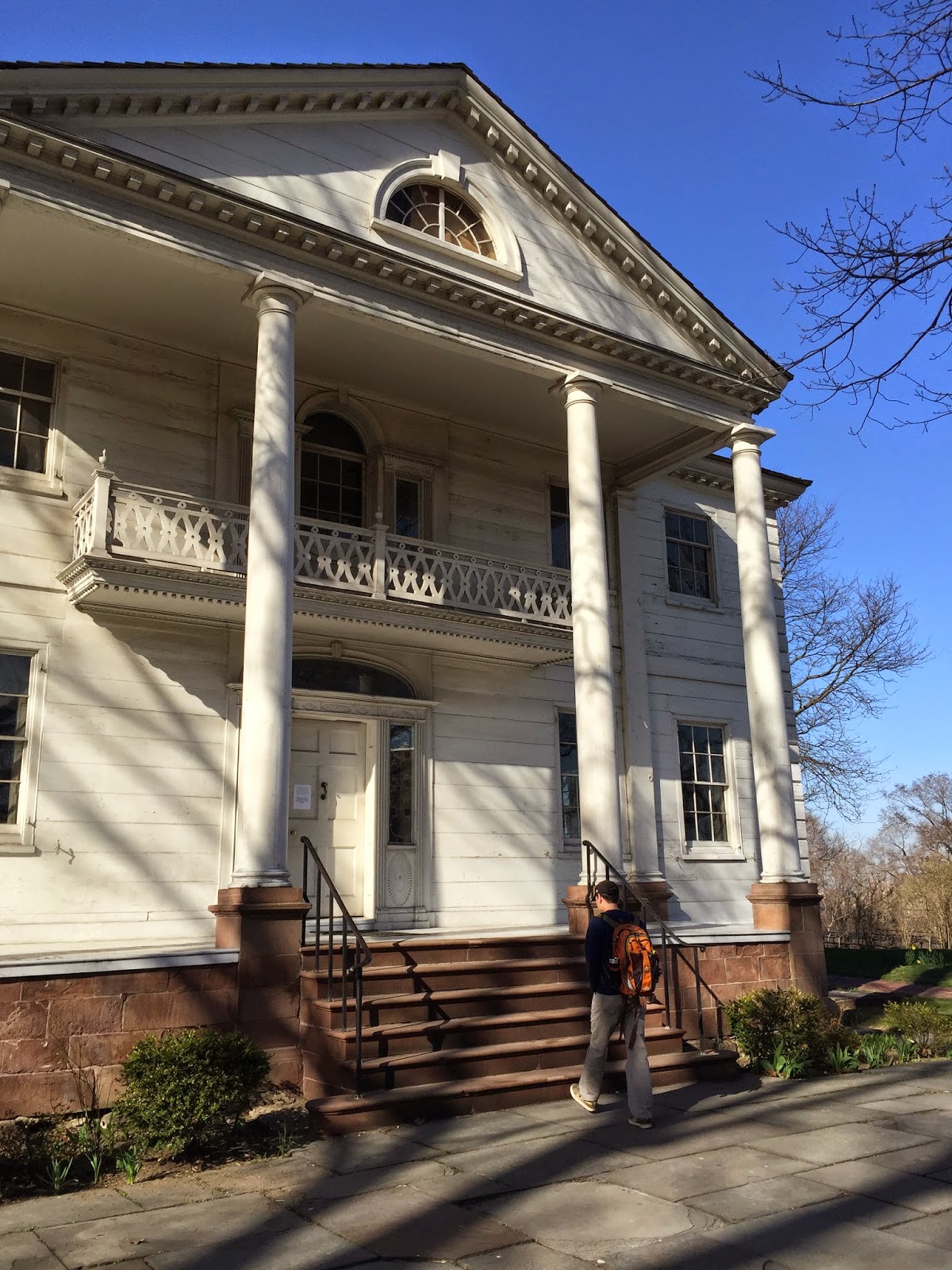 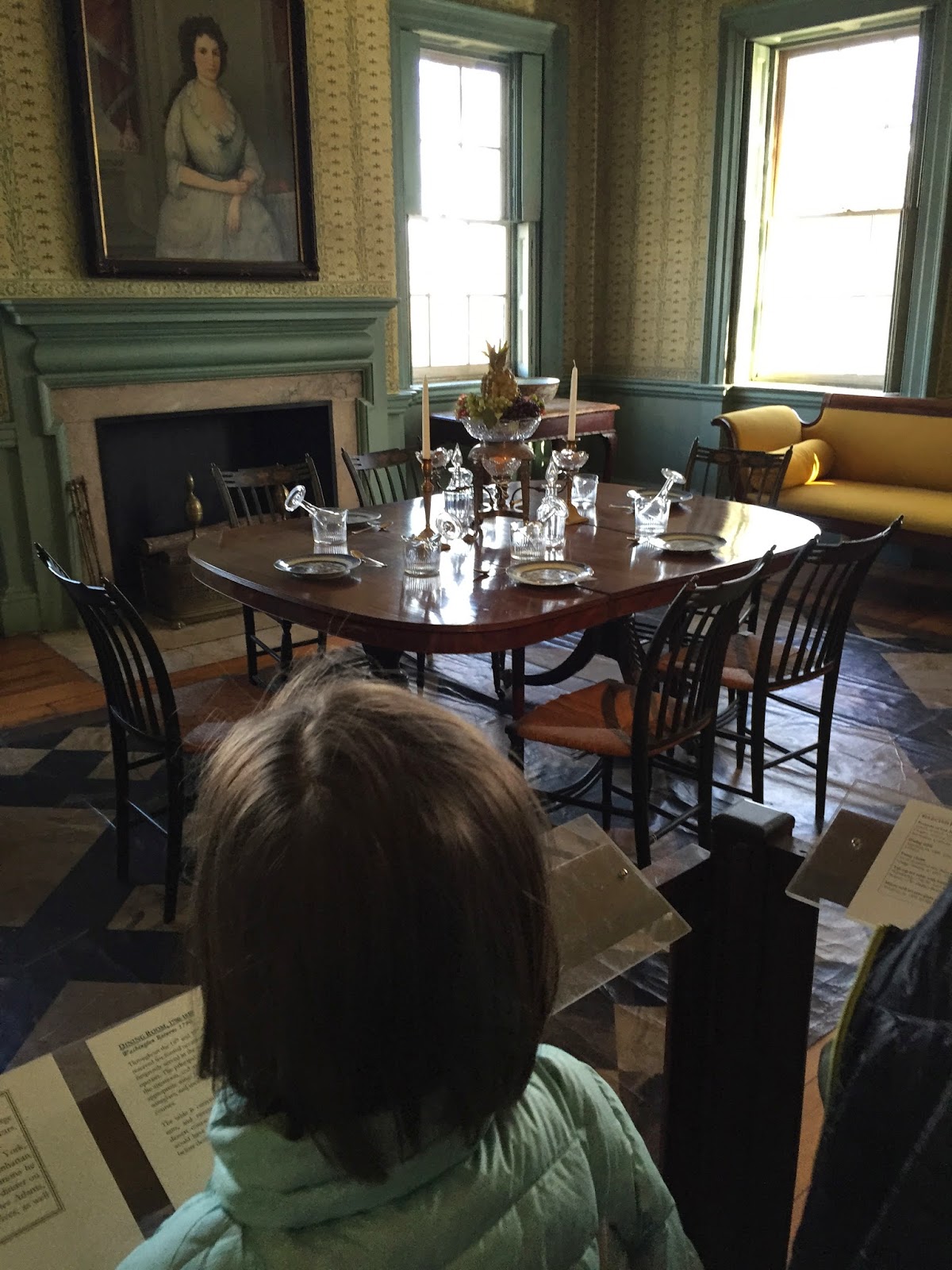 As we walked back down the hill to the subway, we passed a historic row of houses that date back to the late 1800s and are currently preserved as Sylvan Terrace.  One of them is for sale...tempting :) 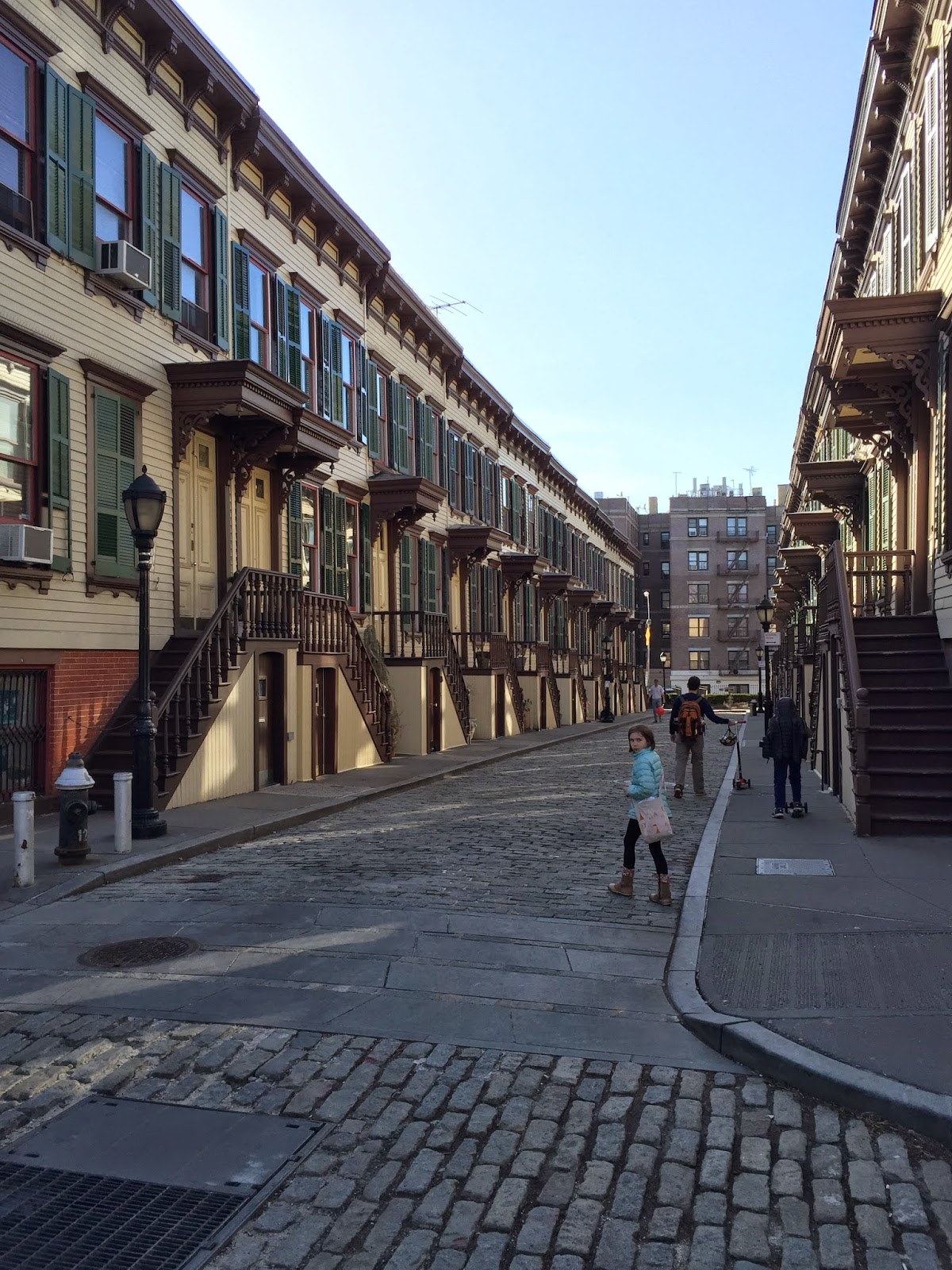