So I'm sitting on a bench, doing some lesson prep for next week when I notice that softball practice is over and the game has started.  I scan the outfield looking for Ella.  I scan each base.  No Ella.  I decide it's time for me to see the optometrist again and stand up and walk closer to the field.  Still, no Ella.  How did I lose my daughter at her own softball game?  I know I can be a crappy parent sometimes, but this seems ridiculous even for me.  I start getting worried.  Would she go off to the public bathrooms by herself?  Did a jogger snatch her up and run off with her without anyone noticing?  I start to walk over the to the coach, trying to think of how I'm going to ask her where Ella is without sounding like a total idiot.  That's when I see her tennis shoes.  Poking out from behind a whole lot of protective gear. 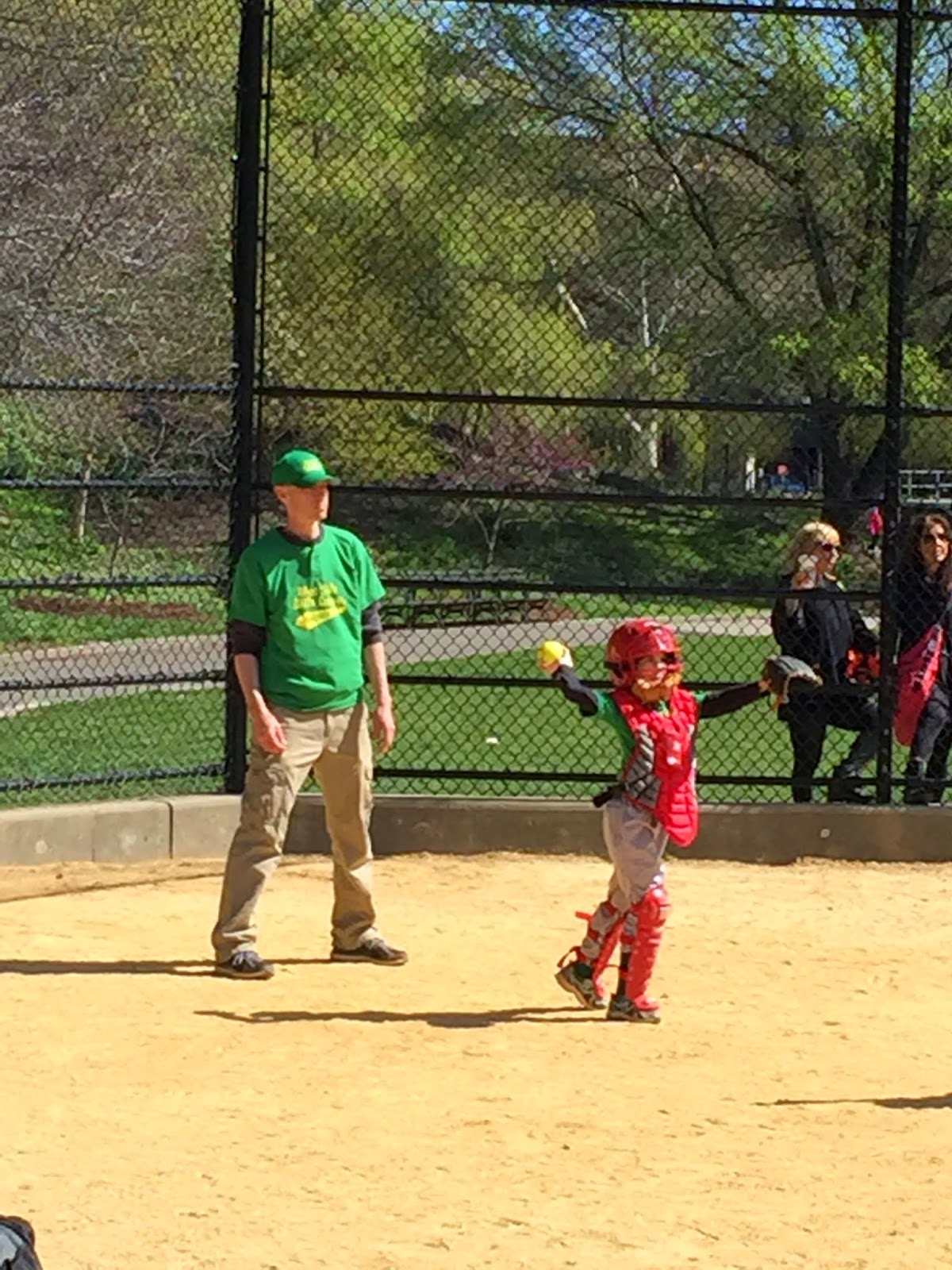 After I regained my composure and the girls won the game, Ella and I had a delicious mother-daughter lunch in Harlem and then met up with Kevin and Holden.  A college friend of Kevin's was in town with his family and this was their first time in New York City (despite living just up the road in Boston), so we spent a couple lovely hours touring them around the highlights of Central Park.  It couldn't have been a nicer day to show off our backyard. 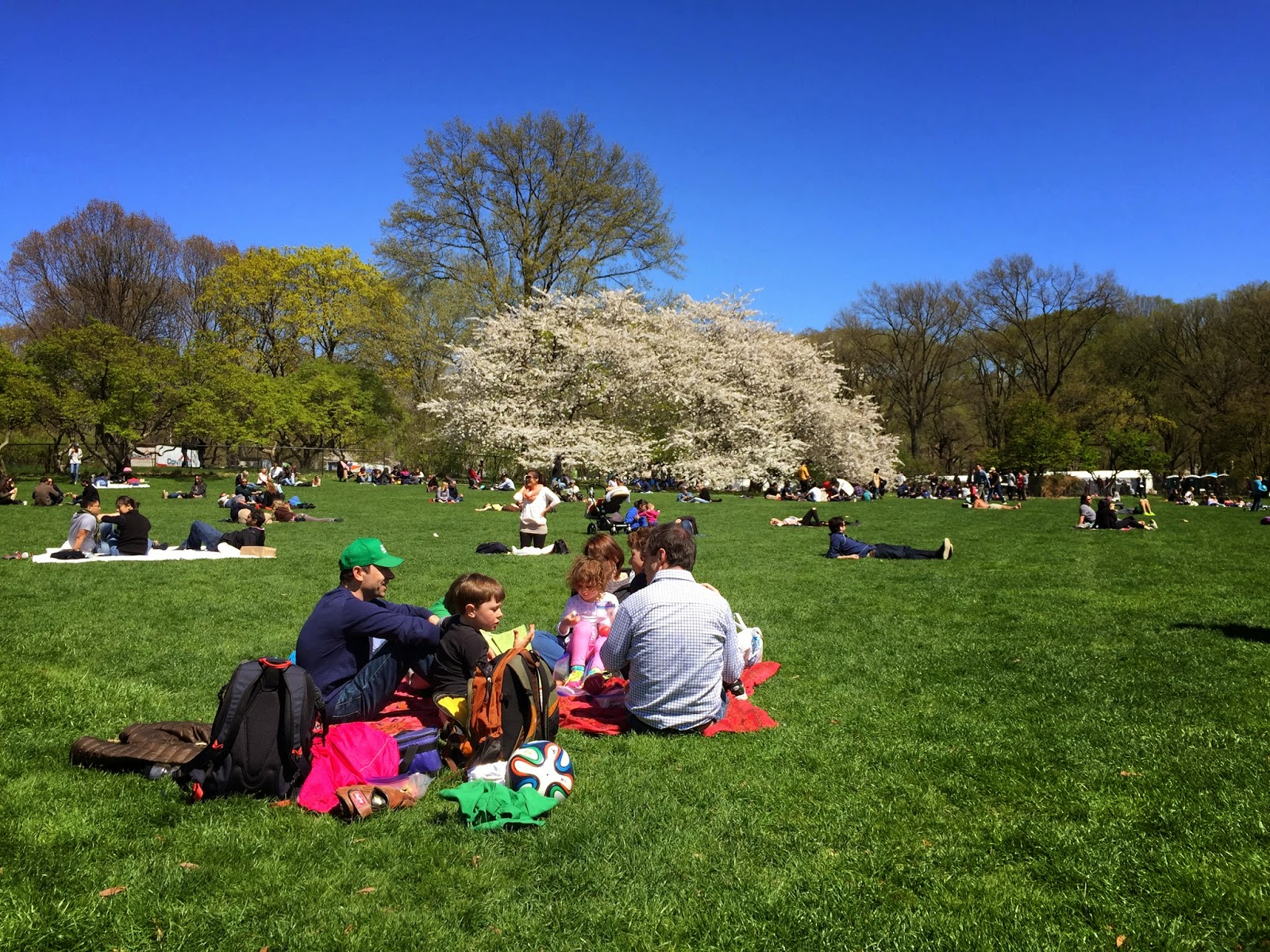 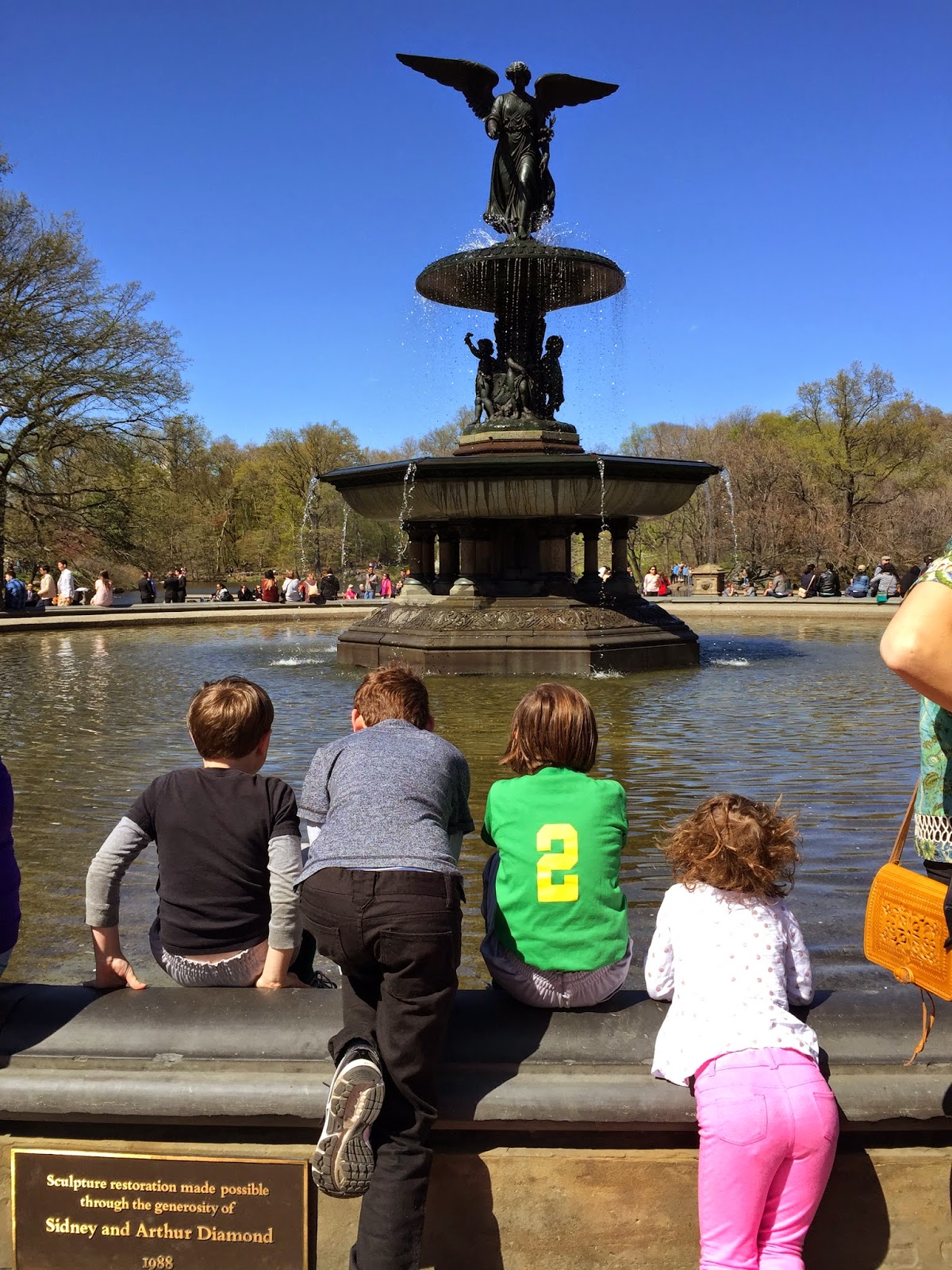 Sunday was just as beautiful so we wandered over to our secret garden (known to others as West Side Community Garden, an empty double lot that they converted into a community garden years ago).  This is the same secret garden that we often wander over to for lunch and reading during the school day.  This weekend was their annual tulip festival and for such a small garden, they packed in a LOT of tulips.  The kids and Kevin brought their sketch books and settled in. 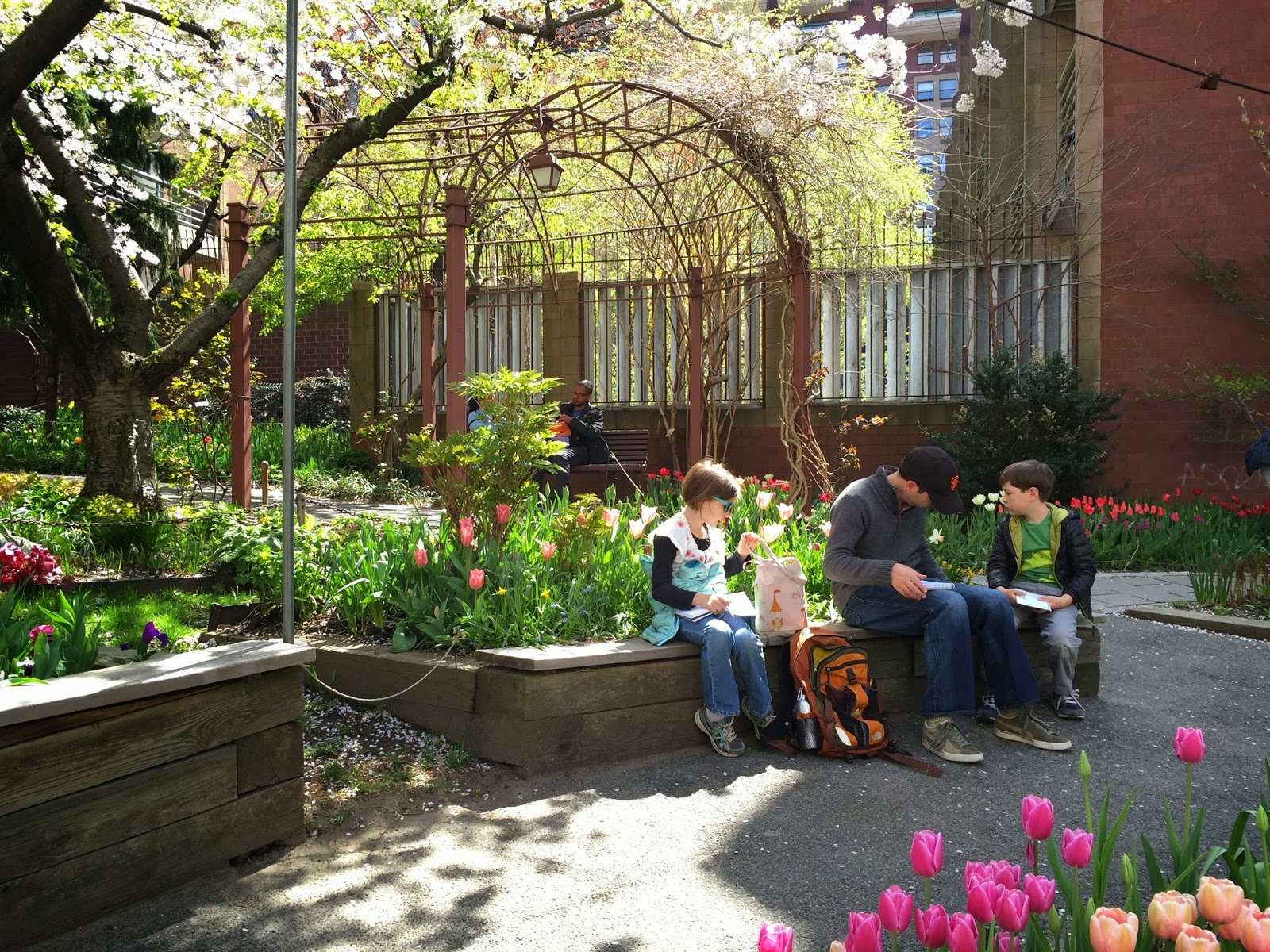 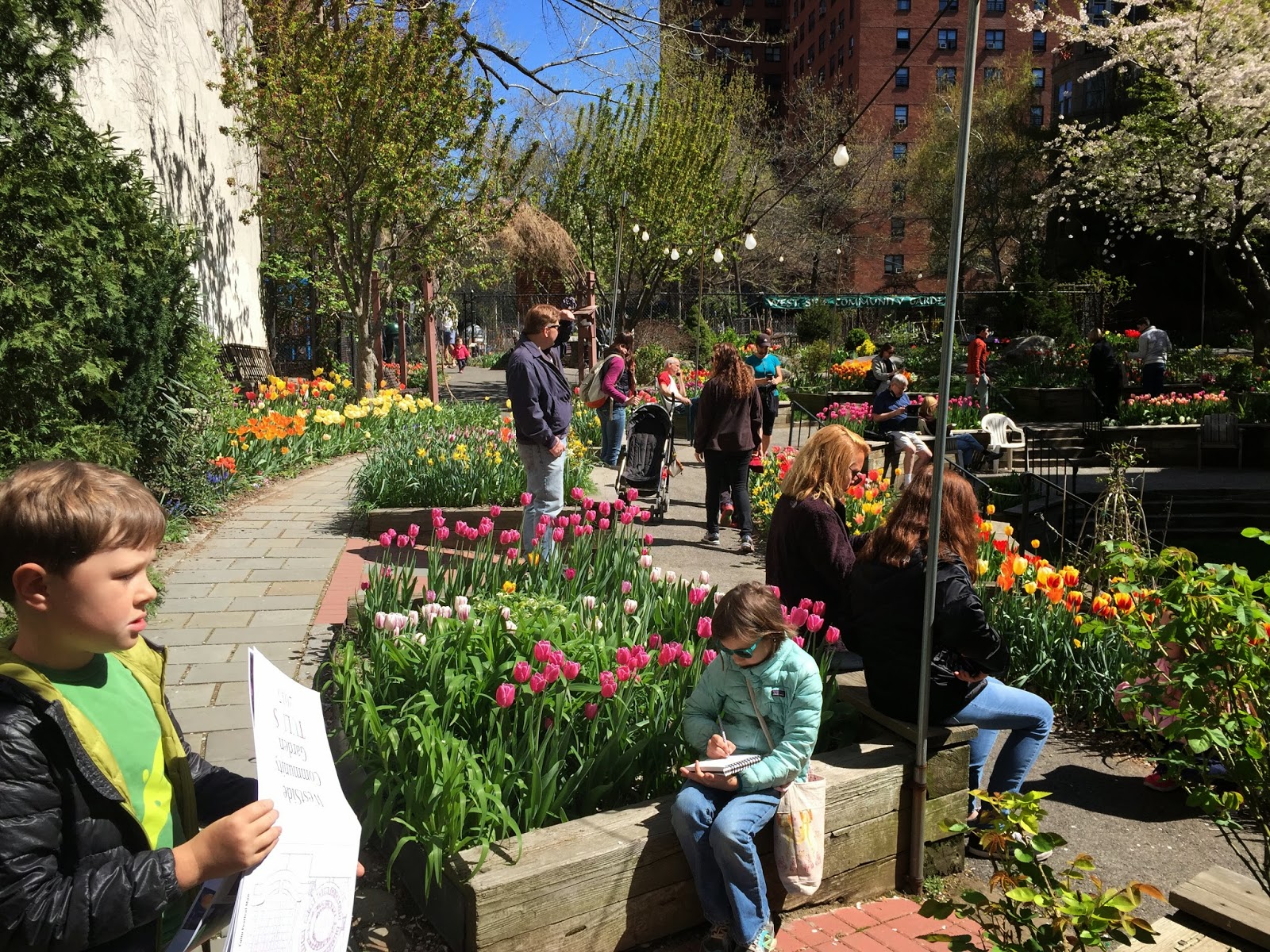 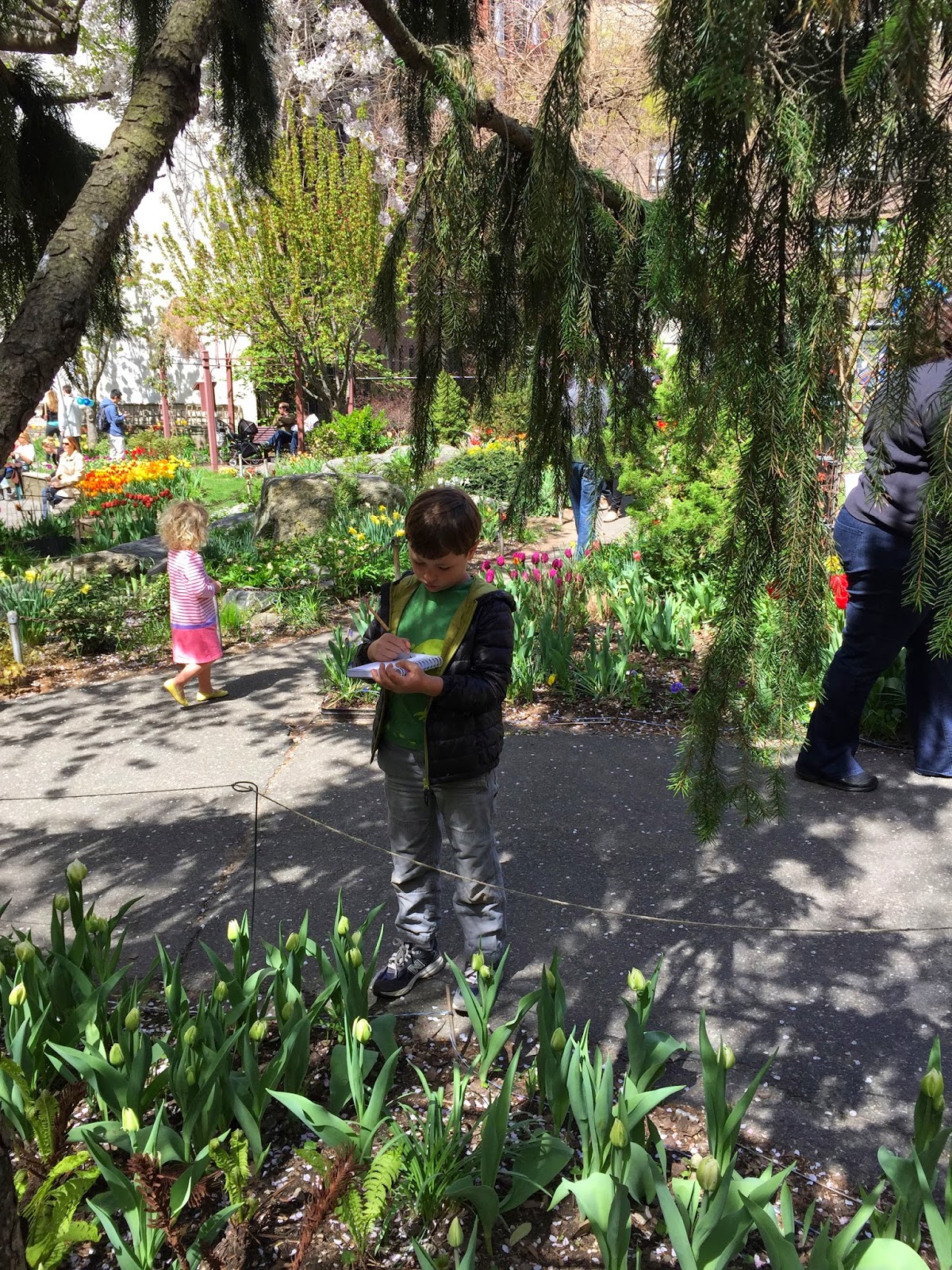 From there we wandered uptown some more, through a street fair, across the park, and ended up at the Guggenheim Museum on the east side (I can proudly say that according to my phone, we averaged 5 walking miles a day this week!).  Sunday was the museum's monthly Open Studios for kids where they have a couple creative stations set up.  The kids made themselves at home in the Monir exhibit. 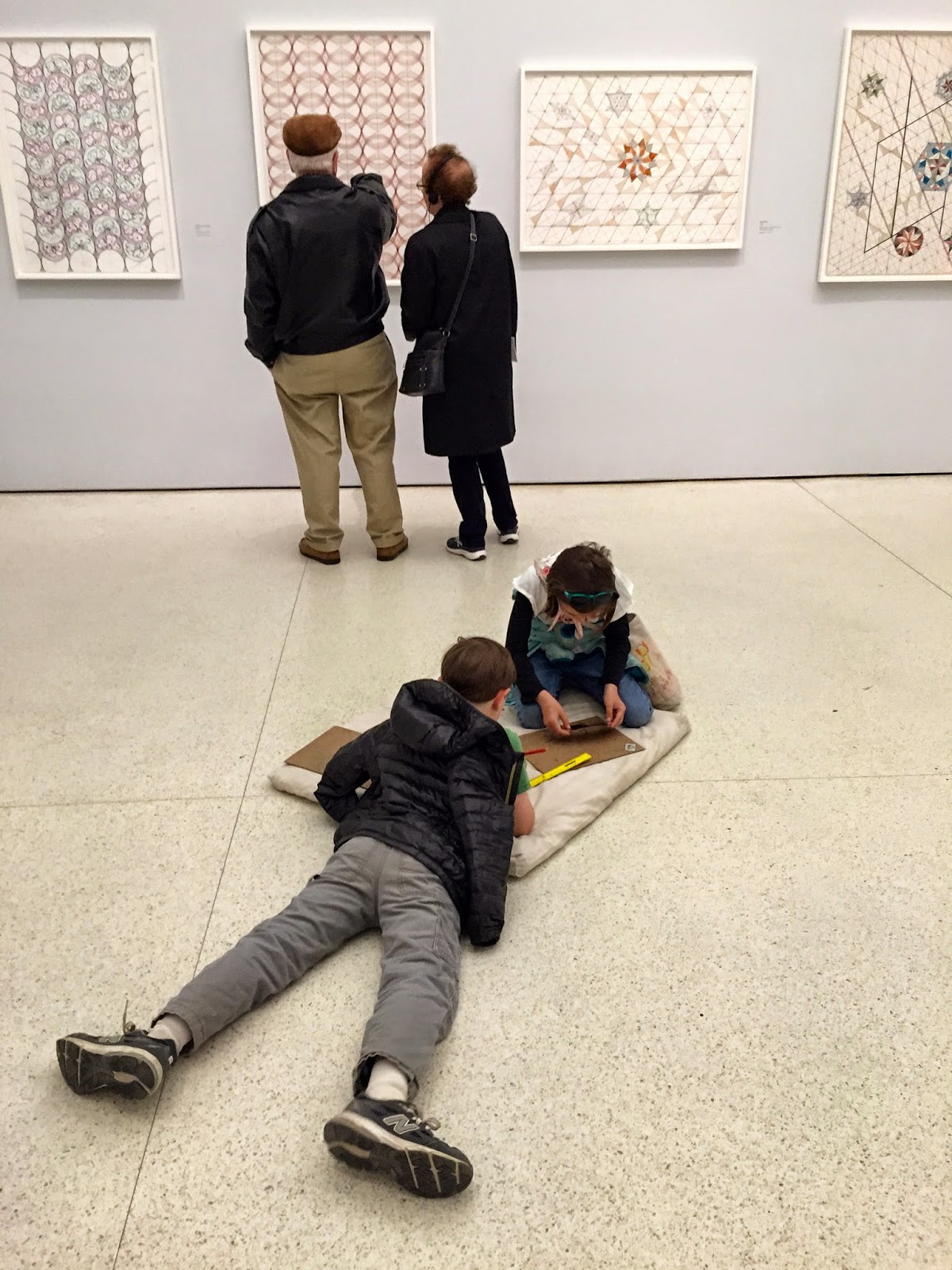 And then created more art in the basement of the museum in the Sackler Center for Arts Education, a new discovery for us despite being members for two years. 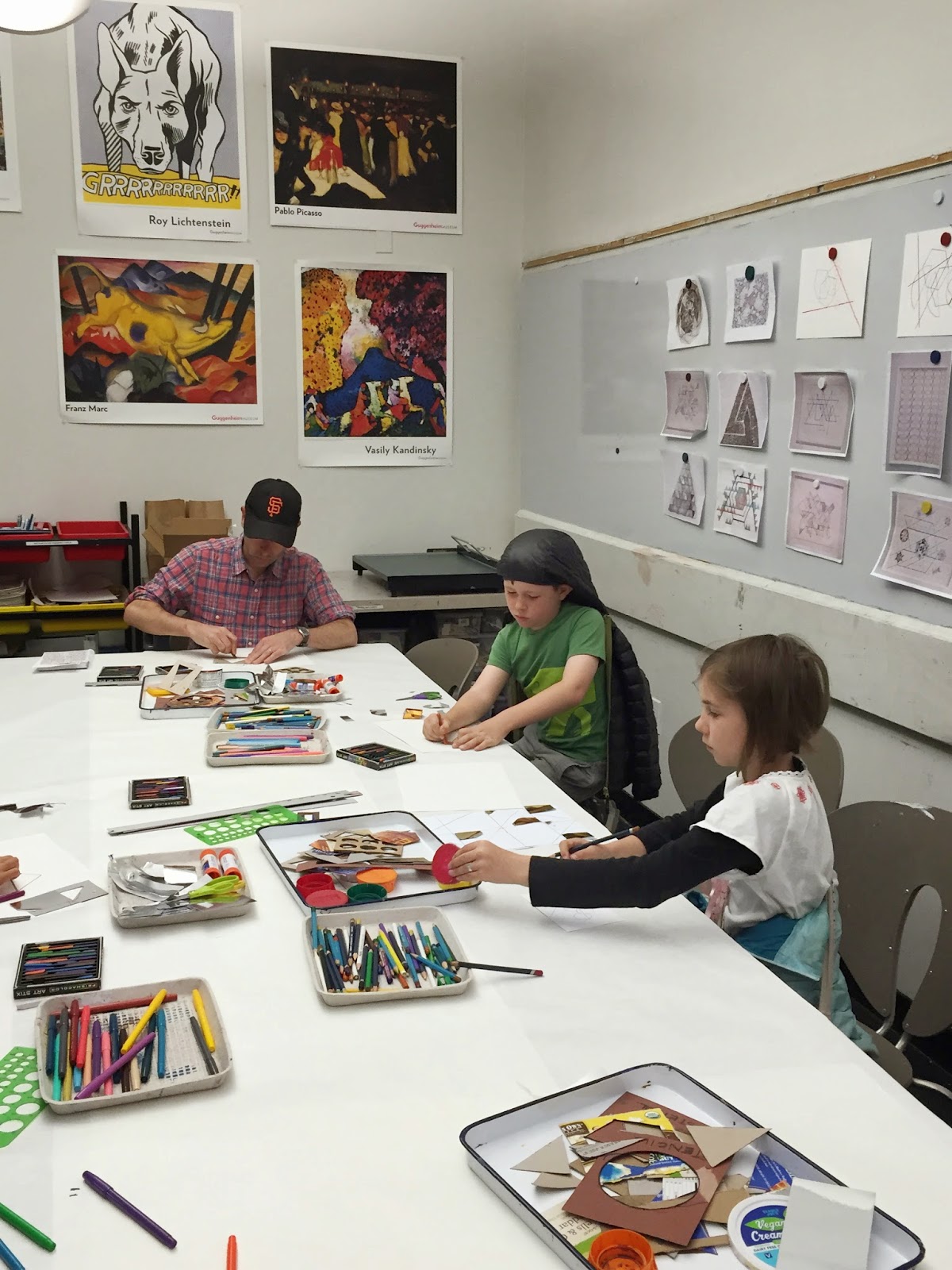 Add to that being treated to a delicious dinner at our friends' Mimi and Joel's house and we can't complain about this weekend.  Now poor Kevin is paying for it by spending the next two days in Detroit.  Poor guy.