We decided to plow through Spring Break even though all of our friends were off for the week.  As I kept reminding the kids, for every day we work when the weather is cold and rainy, we get an extra day off once the sun comes out!  They seemed to buy it and we had a productive week.

We also got out for a couple field trips this week, though.  Maeve's family is off for the week from public school so we met up with them one day way up at Inwood Park at the very top of Manhattan.  They were having a ranger-led program on entomology.  Holden almost couldn't believe his luck that morning when I told him that not only were we going to have a play date with his best buddy, but that we were going to be learning about bugs. 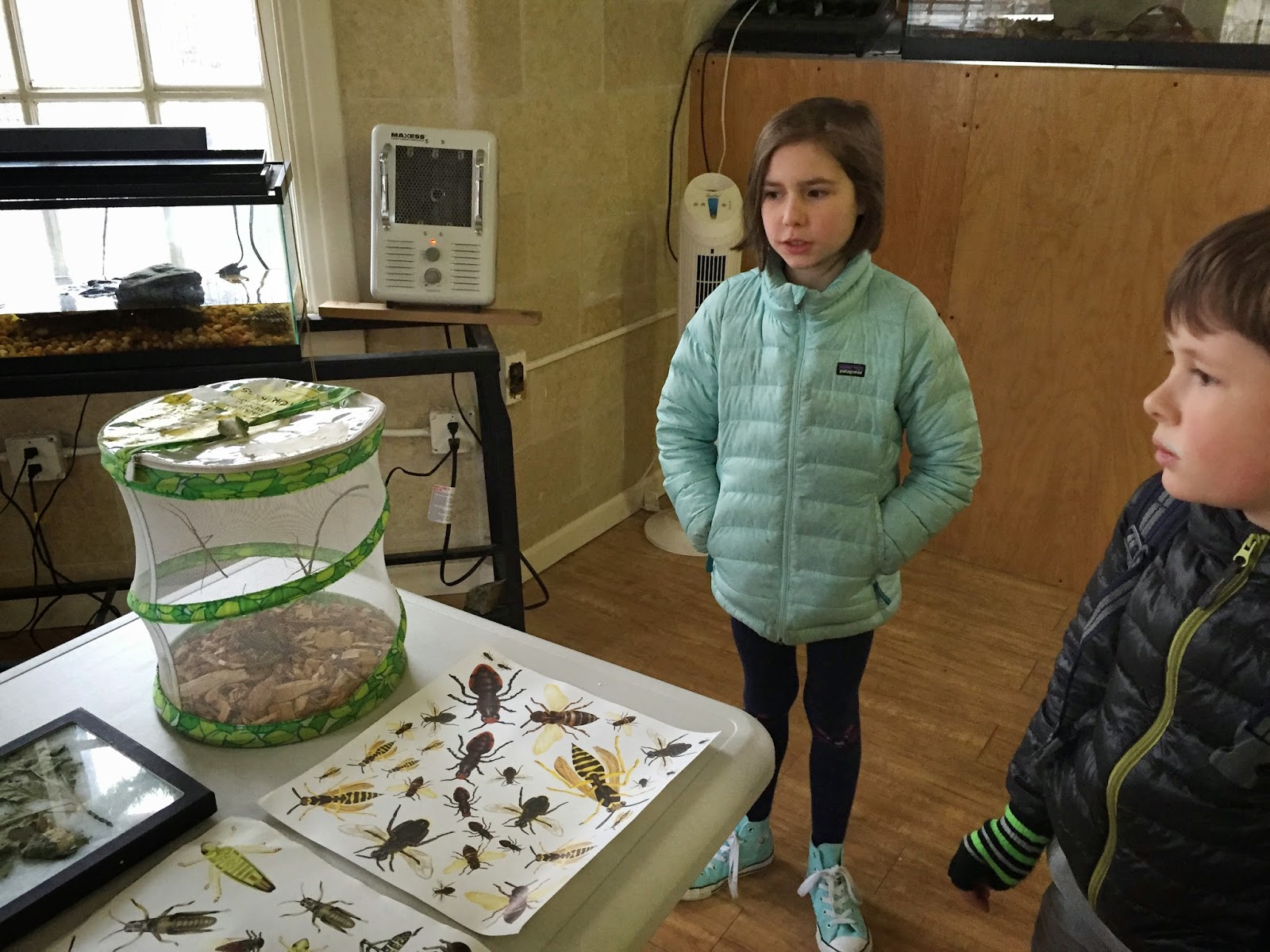 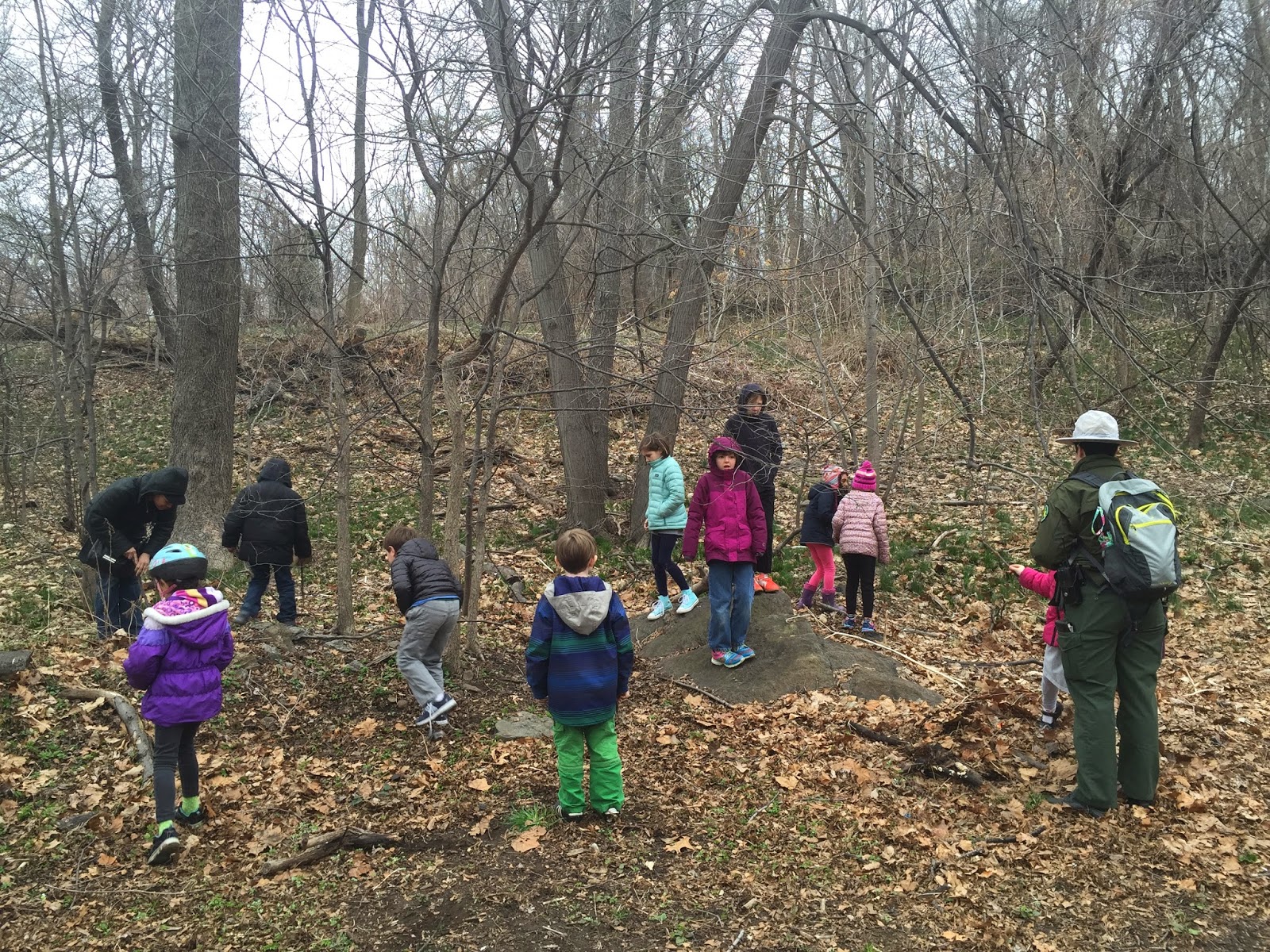 And today we ended the week with a homeschool field trip to see the Audubon exhibit at the New York Historical Society.  This is the third part in a three part exhibition the museum has been putting on over the last few years of the extensive collection of John James Audubon paintings that the museum owns.  I learned how very little I knew about Audubon.  For instance, he was incredibly prolific and painted thousands of paintings of birds.  He caught and killed the birds to be able to really study them and then pinned them onto a wooden grid easel where he would sketch them square by square.  All of his paintings and drawings are life size and he is well respected for portraying birds in motion, in natural settings, not just straight on side views as is normally the case in more clinical or scientific renderings.  Holden was especially interested since the exhibit and Audubon himself were a mixture of art and science.  And once again, being led through an exhibit by a knowledgeable docent completely changed how we all saw the art and made all the difference. 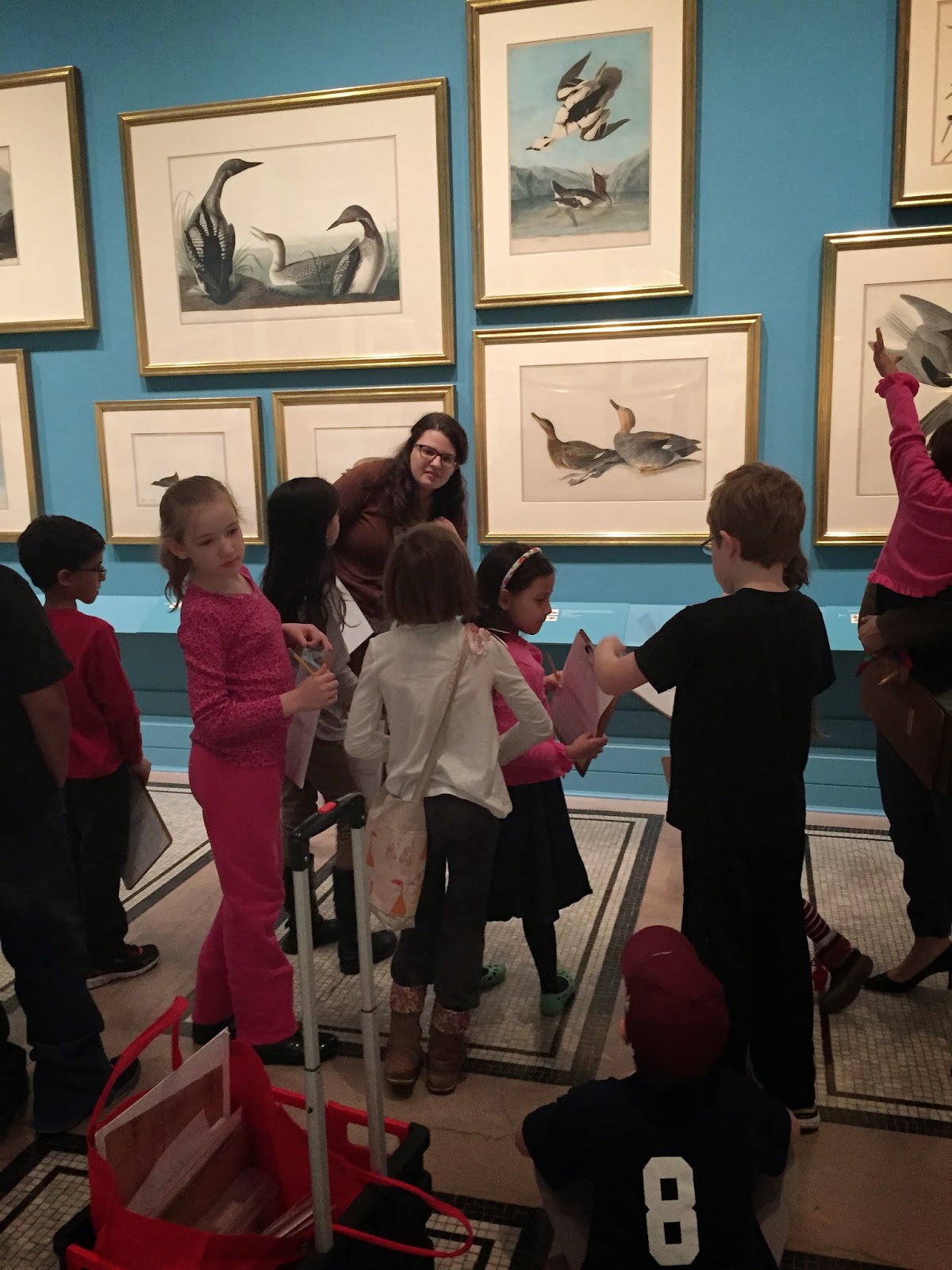 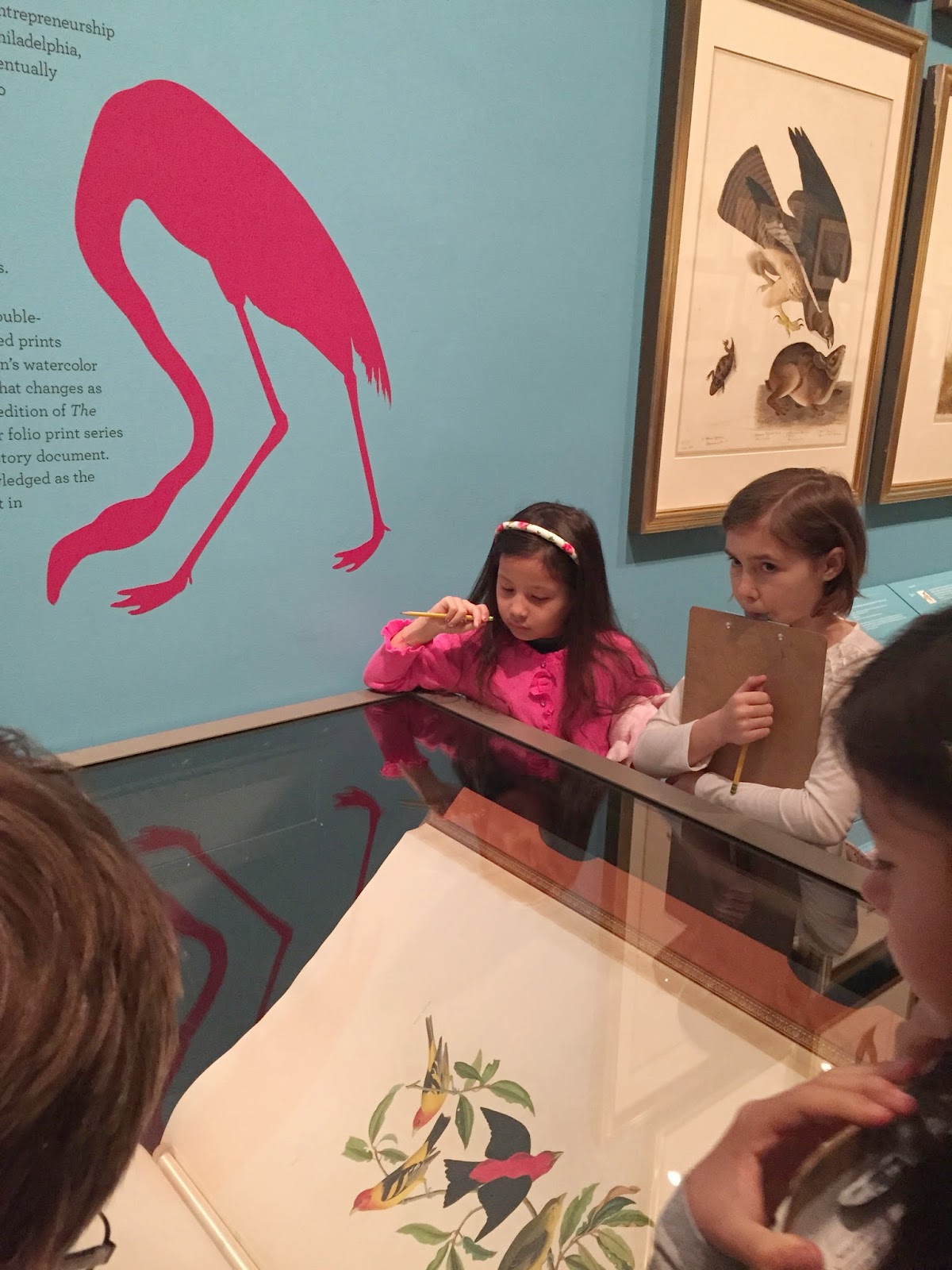 And we did a little birthday celebration this week.  Before the grandmas panic and think that they missed Ella's birthday, it was actually her half birthday.  You aren't expected to remember that.  But way back in October Ella picked out a cake at Whole Foods that she wanted for her birthday.  But on her actual day we were going out for dinner and the cake never happened.  I kept telling her we'd do it soon and we never did.  A couple days ago I realized that her half birthday was coming up and I checked back at Whole Foods and they still had the same cake (well, not the same cake, but you know what I mean), so we celebrated Ella turning a whopping nine-and-a-half years old. 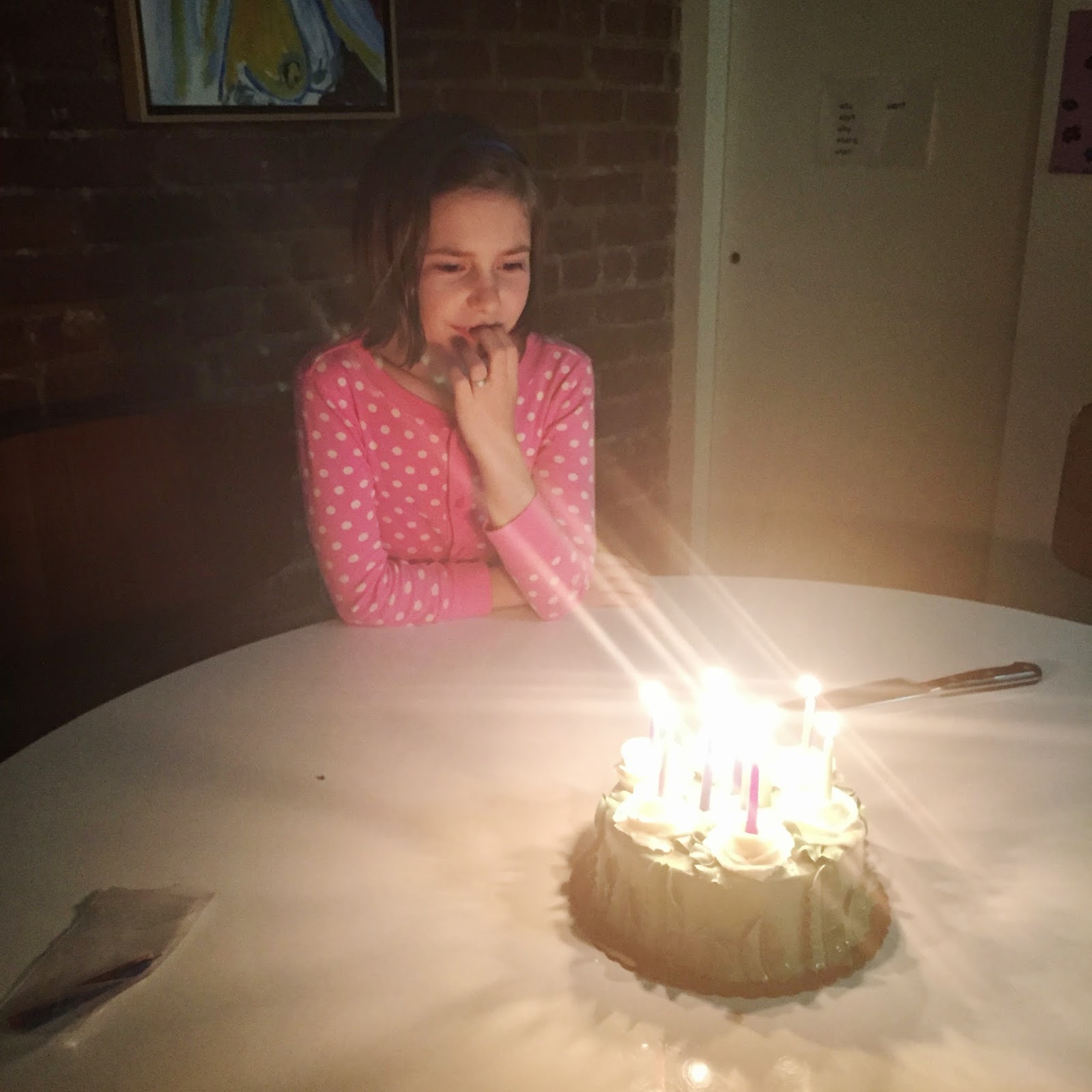