Easter in the Woods

Kevin and I came close to completely screwing up Easter.  Luckily, it turned out only slightly disappointing.

I thought since it was a holiday weekend and we wouldn't be spending it with family, that it might be a great opportunity to get out of town.  We really loved our time up north in Columbia County over New Year's and so I hit up Airbnb again, in search of another awesome cabin in the woods.  Here's where I got it right. 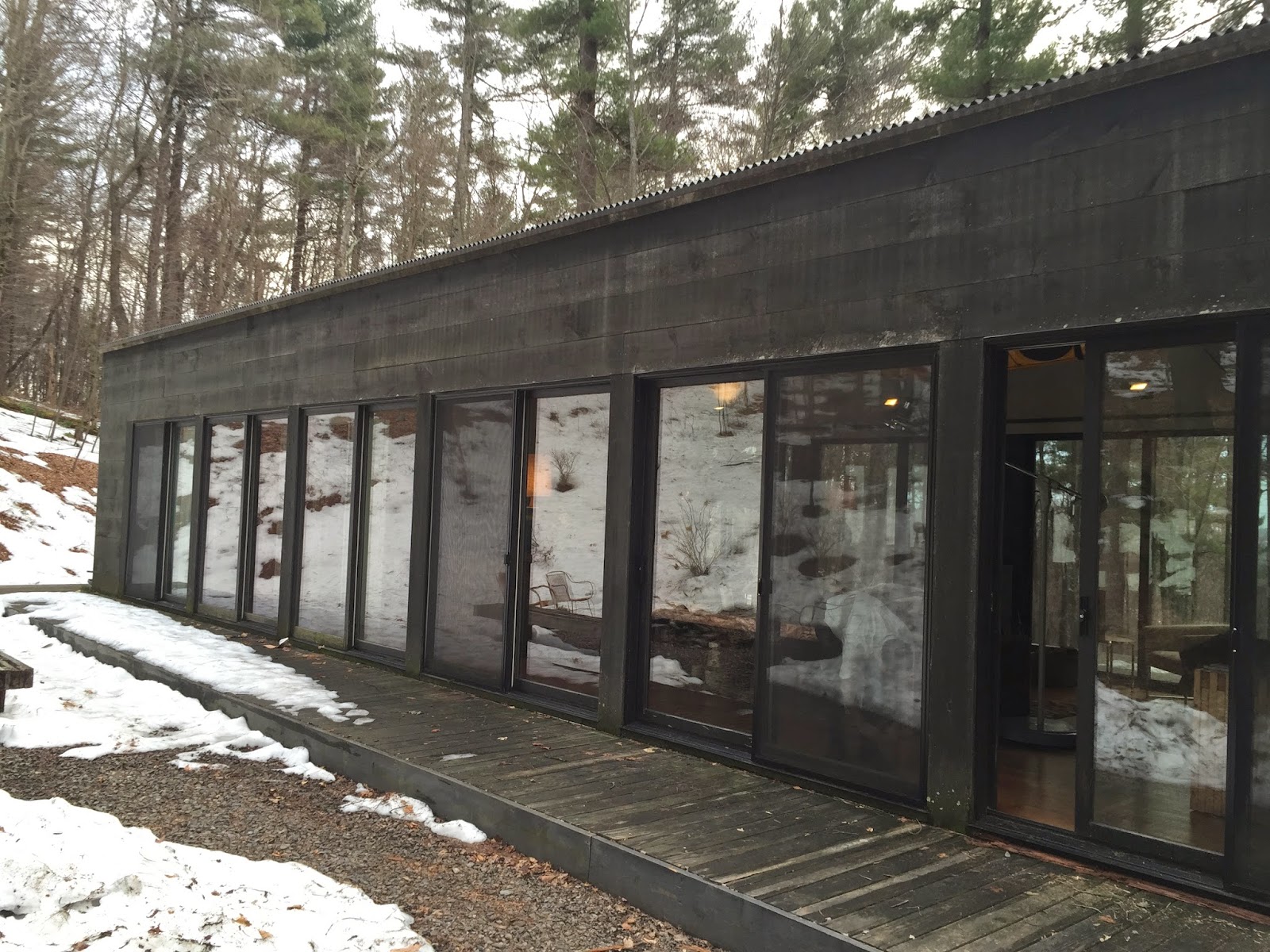 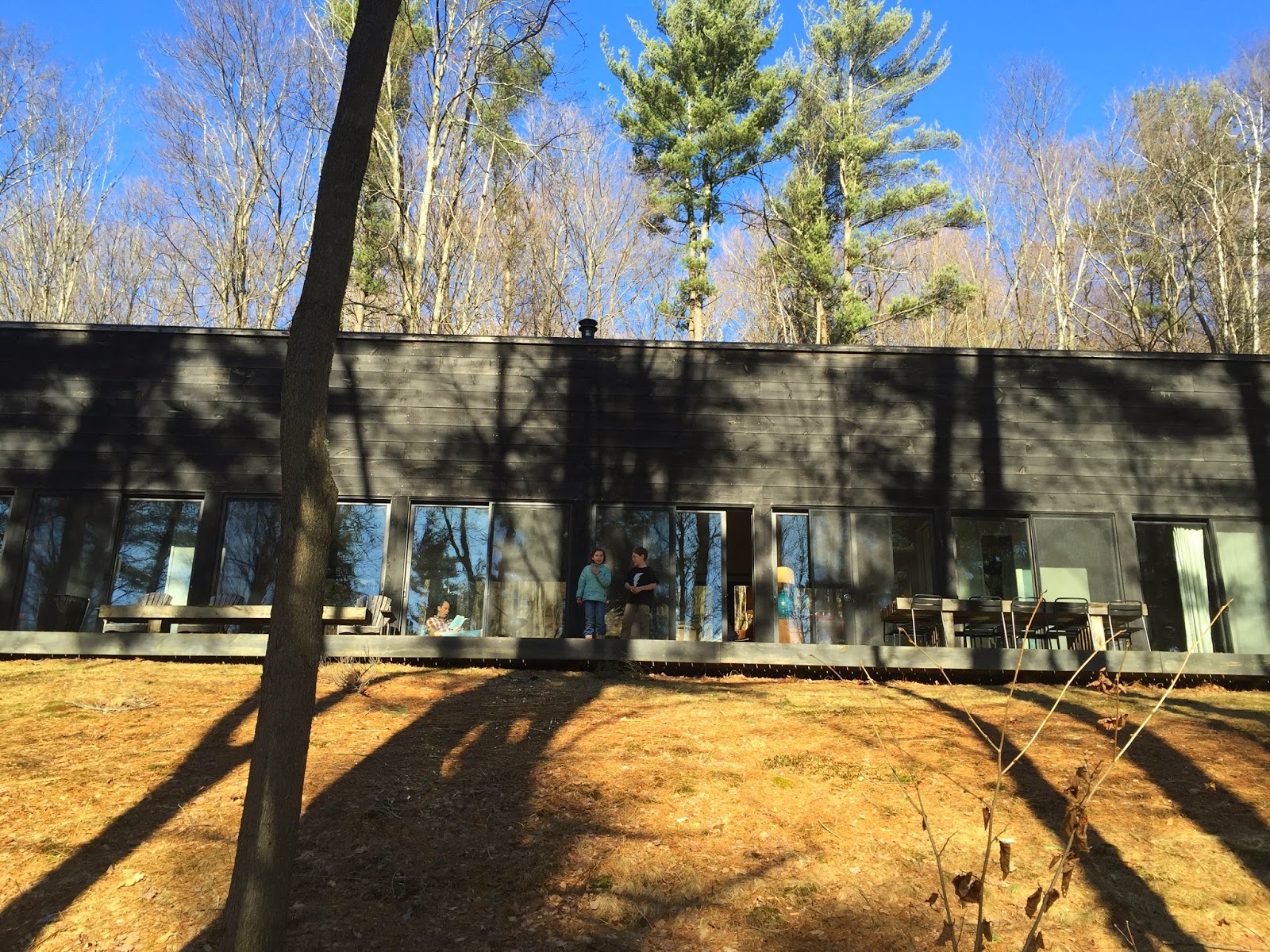 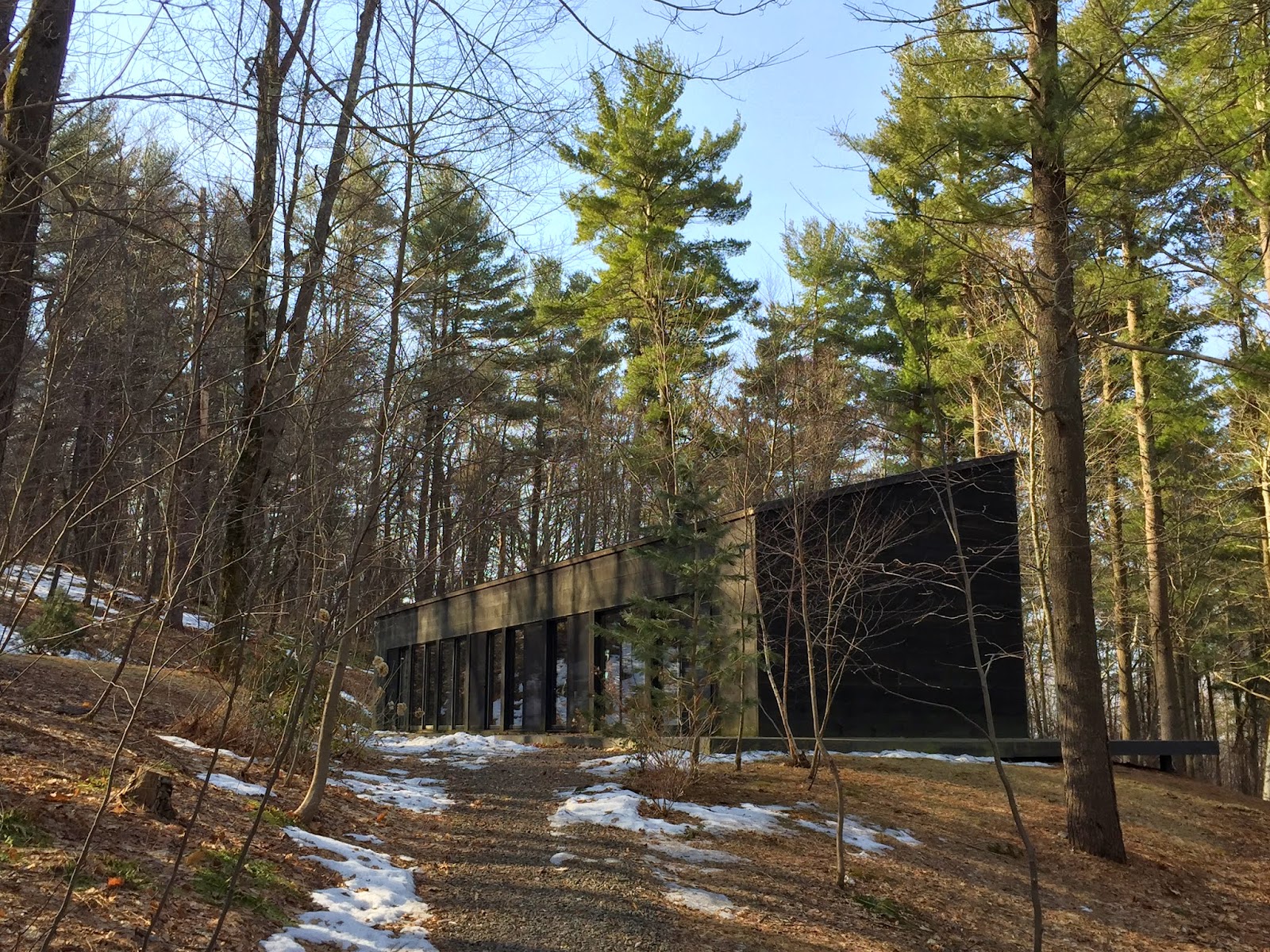 I scored this amazing glass cabin in the woods.  It felt like we were staying inside a magazine.  But before we got there, we had to actually get there. 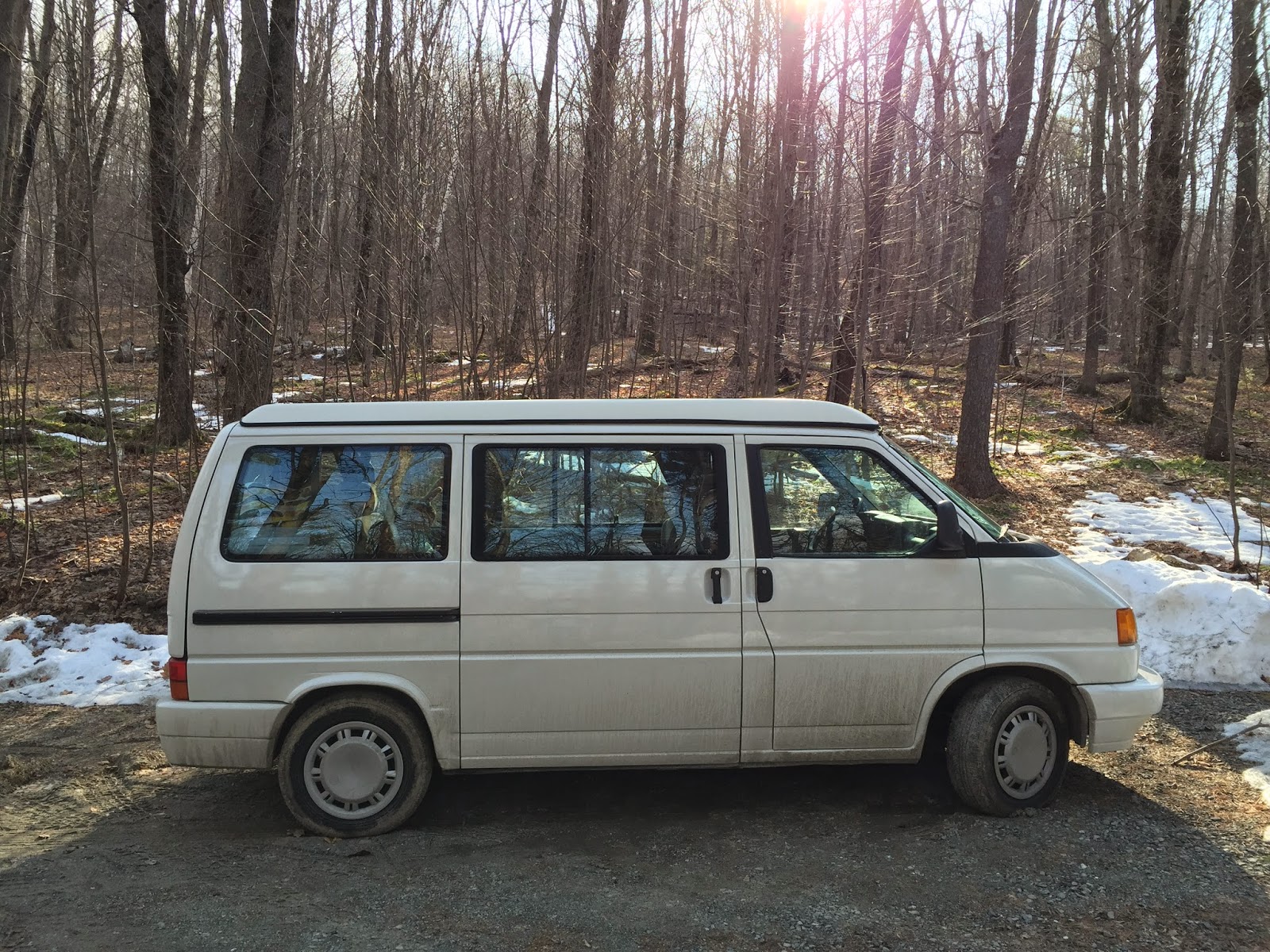 It was our first trip in Moby.  You might remember Moby, the 22 year-old VW campervan we bought last month?  It was still too cold to try to camp out in him, so instead we stayed in this museum piece of a house and drove old Moby 2.5 hours north of Manhattan.  It was a series of getting-to-know each other mishaps, as I like to say.  First, Moby's battery was dead when Kevin went to pick him up.  Must tell parking attendant that unlike the Porsche Cayennes he's used to parking, our little Moby won't turn off his lights when you turn off the key.  Once he got Moby jumped we hit the road.  And then we needed gas.  But guess what?  None of our keys worked to get the gas cap off.  After a call to the poor old guy who sold us Moby (and who probably had a heart attack when he saw my number pop up on his phone), the problem was solved and we were back on the road.  Our little glass cabin in the woods was perched high up on a hillside, up a very steep road filled with mud from the rains.  I hit the gas as hard as I could and relied on momentum to finally get us up the long driveway, only skidding once or twice.  It wasn't until we were up at the top and I threw old Moby into Park that I realized he doesn't have an emergency brake.  No problem, Kevin rummaged around in the dark and found a couple pieces of firewood and wedged them behind Moby's rear tires.  I cranked the tires to the side as hard as I could, knowing full well how to park on hills, being the good San Franciscan that I am.

Saturday was actually, really nice.  We explored the area of Hillsdale and found our favorite new restaurant, Crossroads (ate there three times that weekend), spent a couple hours in Rodger's Book Barn (literally, a barn in the middle of nowhere with thousands of used books for sale), checked out the nearby town of Great Barrington in Massachusetts, and found several farms with amazing farm stores filled with the freshest produce and dairy.  While we were eating our feast that night the kids proclaimed our salad to be the best salad they had ever tasted.  Maybe we've been in the city too long but the vegetables really were the best I had ever tasted. 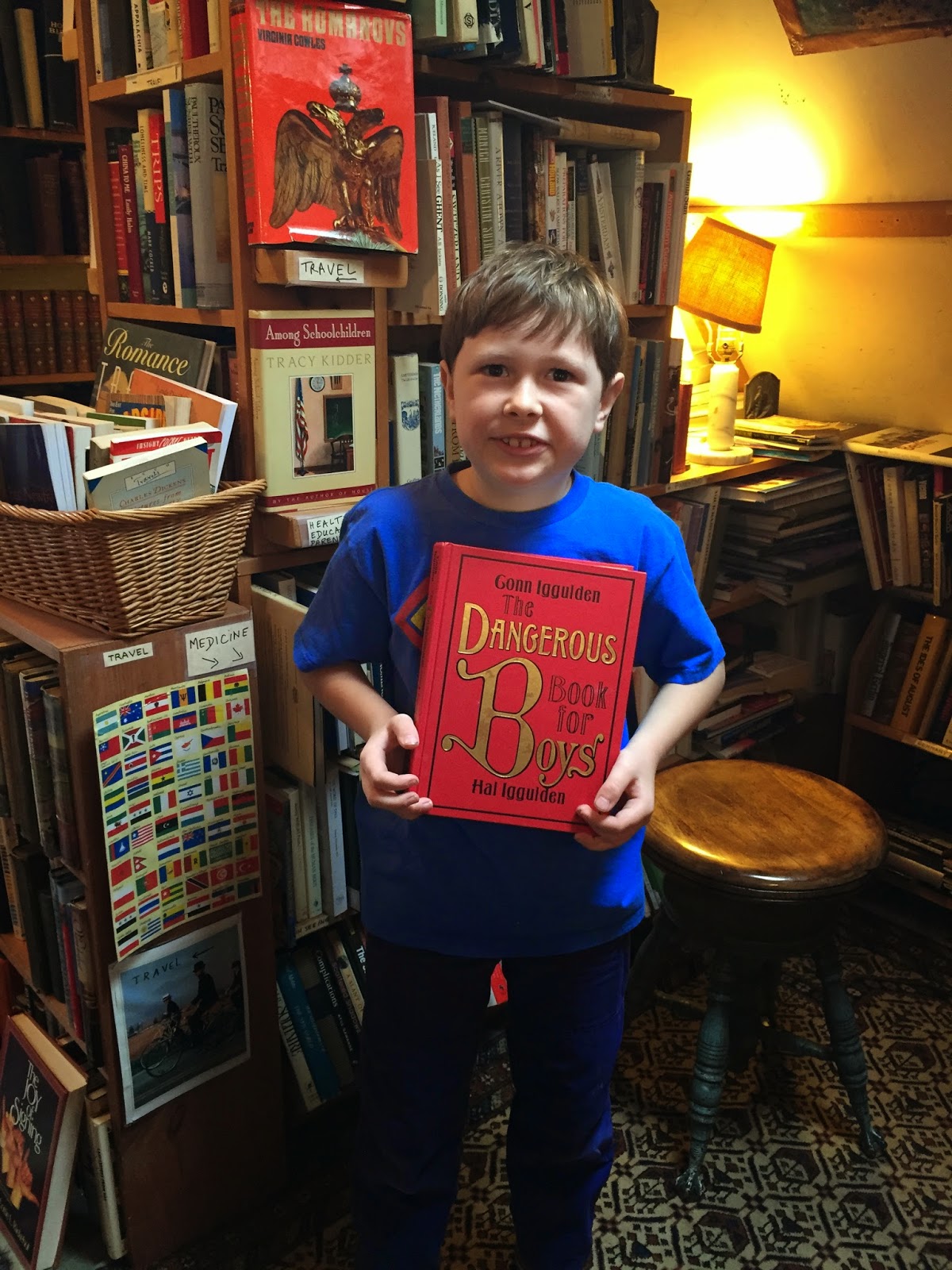 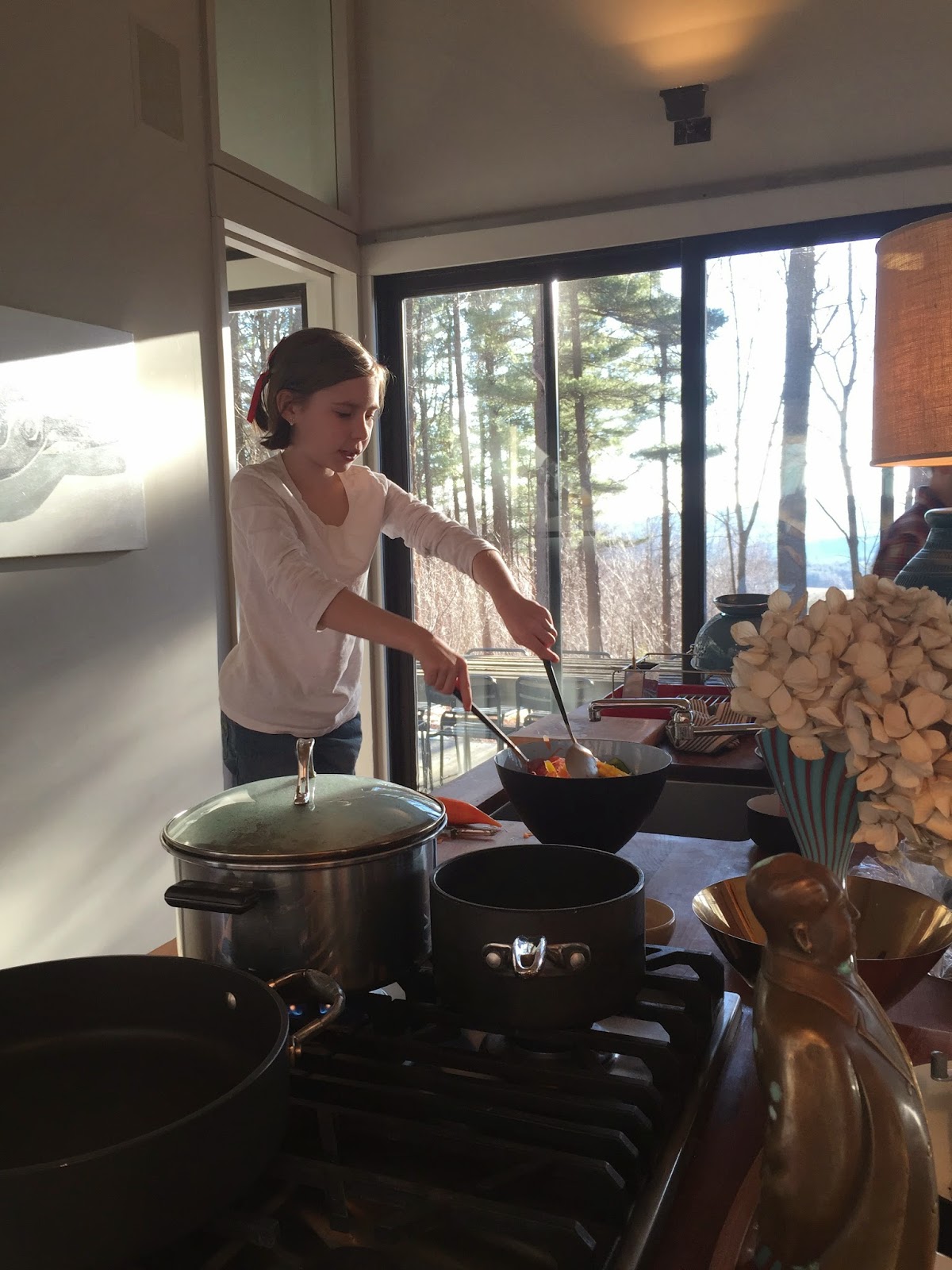 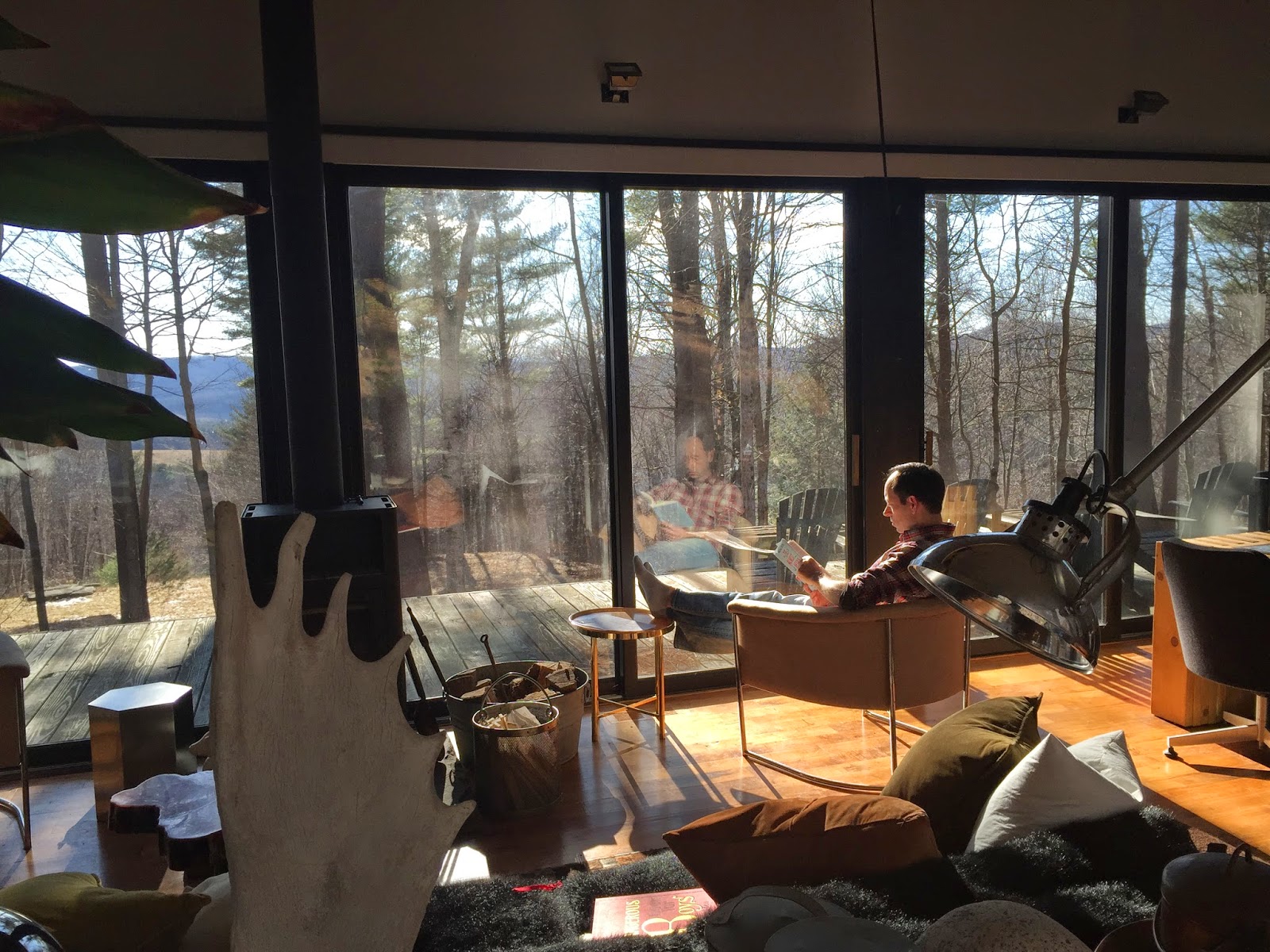 Sunday morning was Easter and luckily, the Easter Bunny knew where to find us.  There were eggs all over the cabin and outside in the woods.  It's really pretty amazing he was able to do such a good job hiding them in the pitch dark after many several a couple glasses of wine. 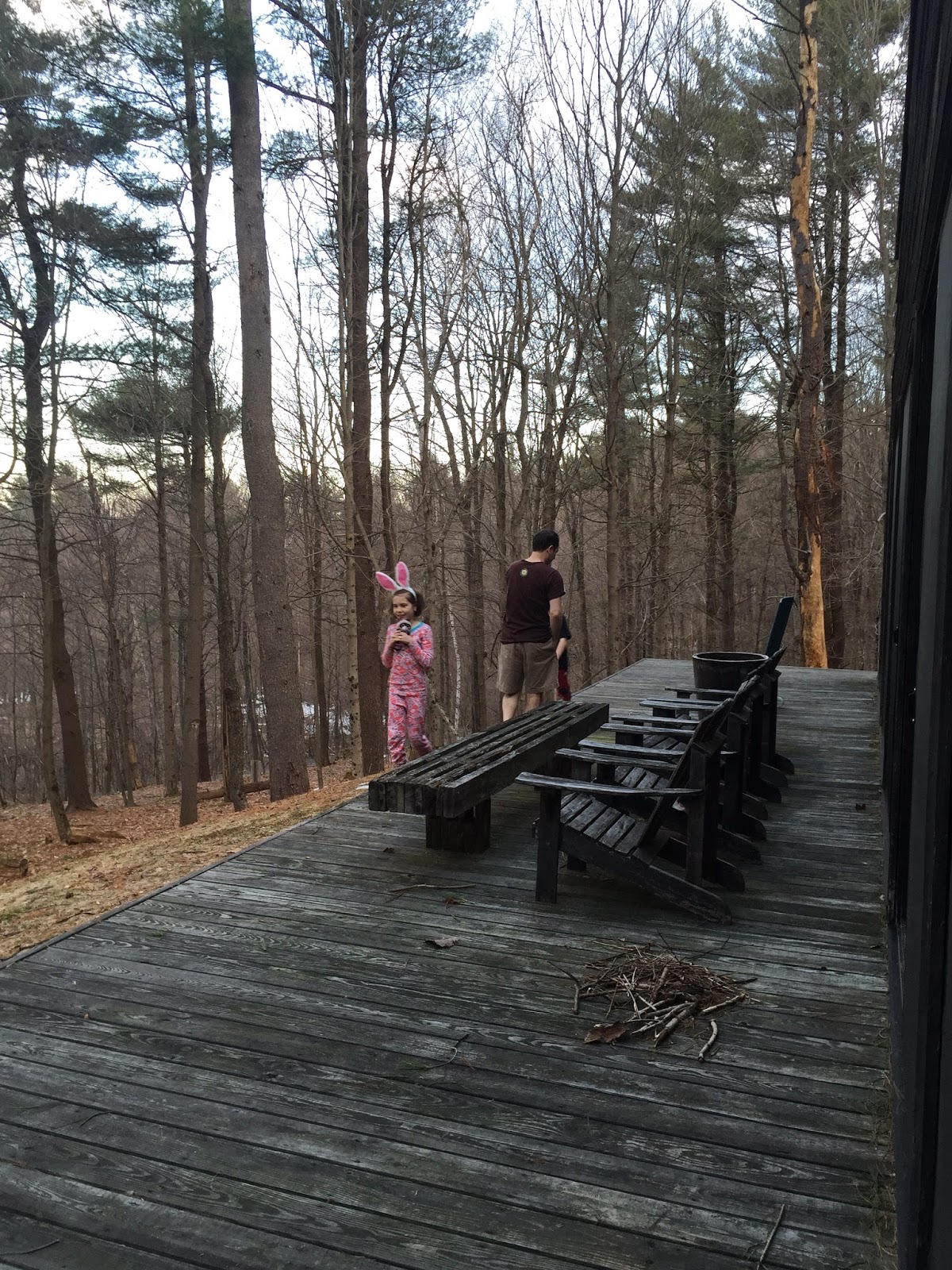 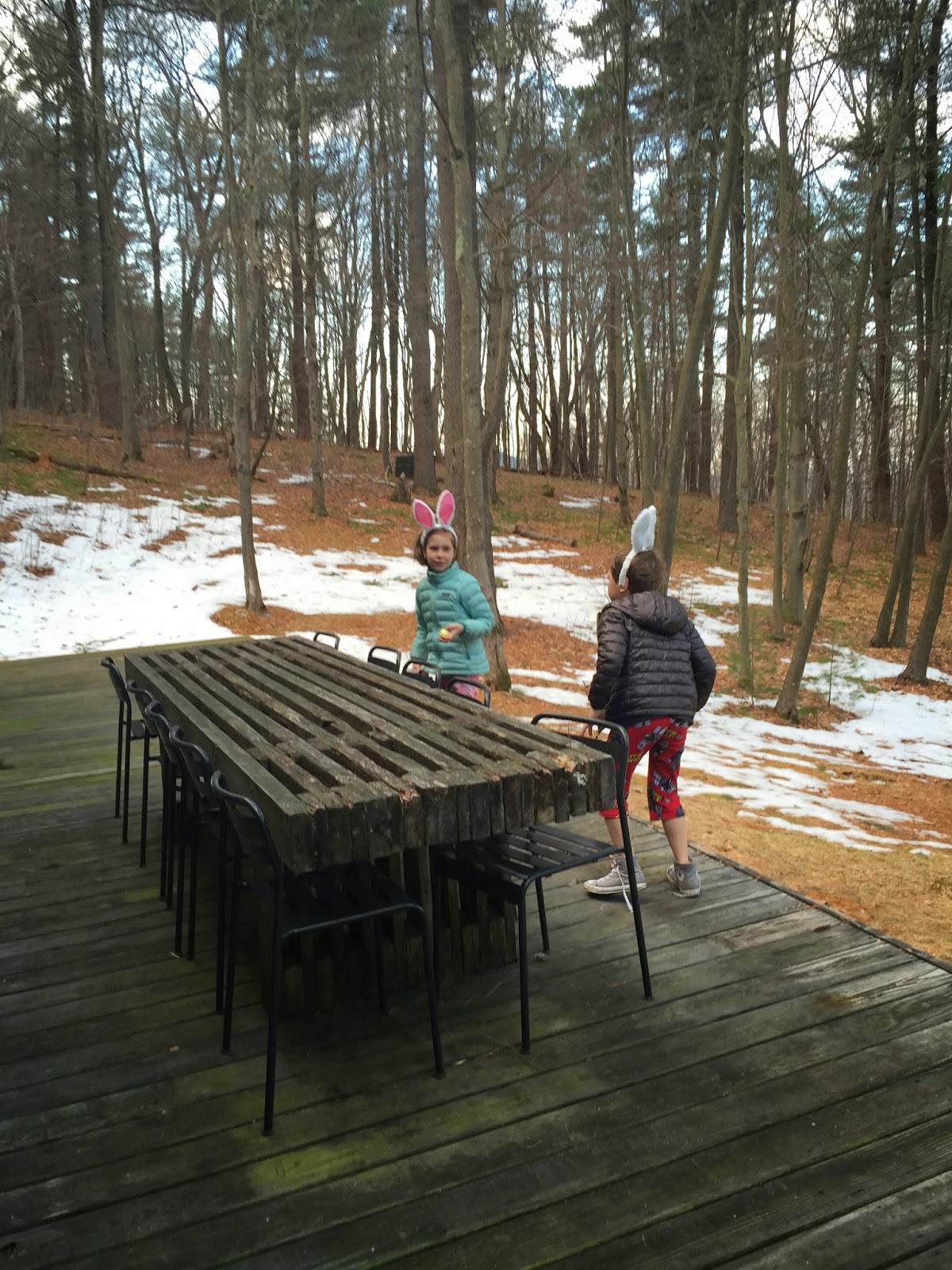 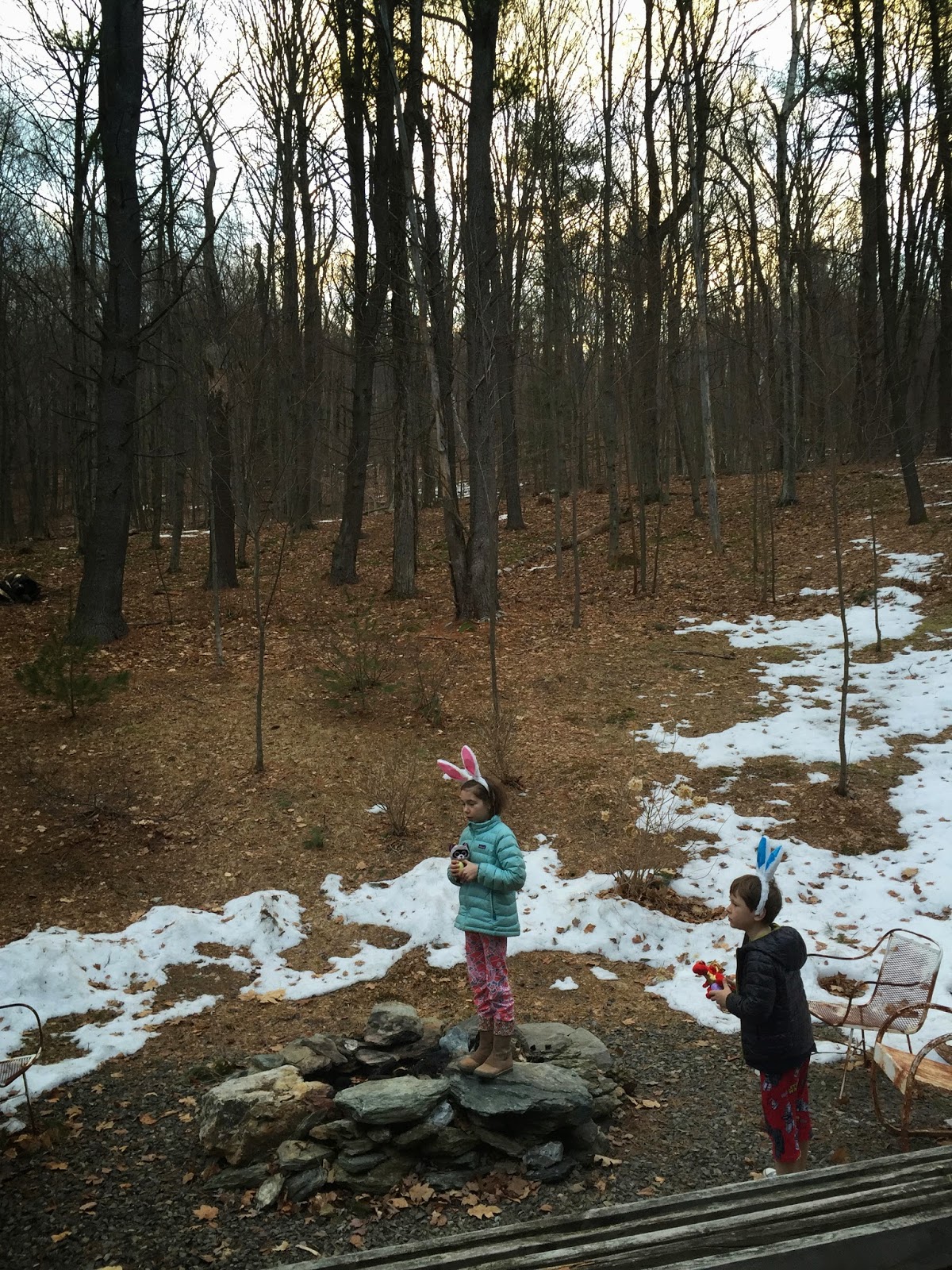 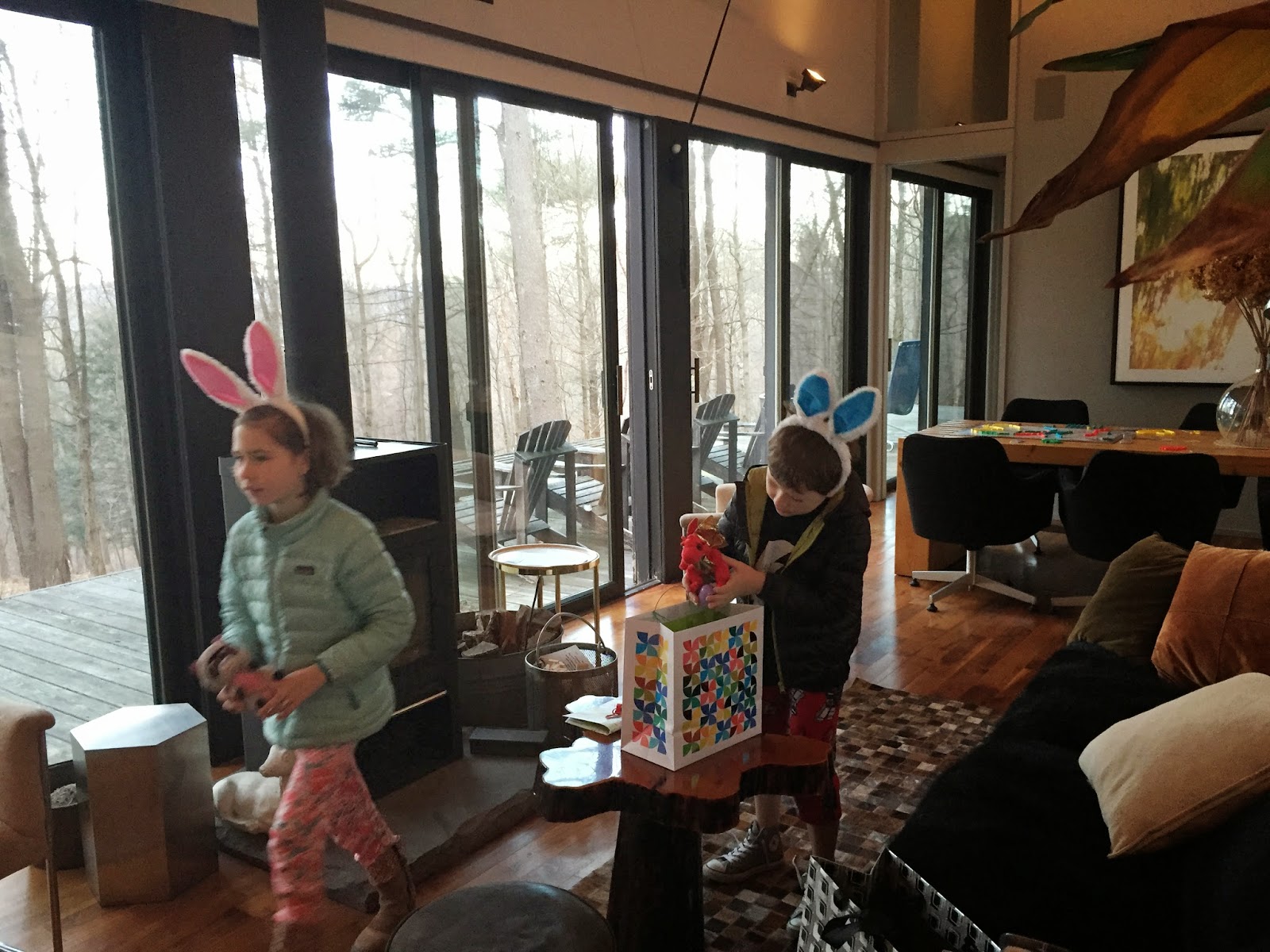 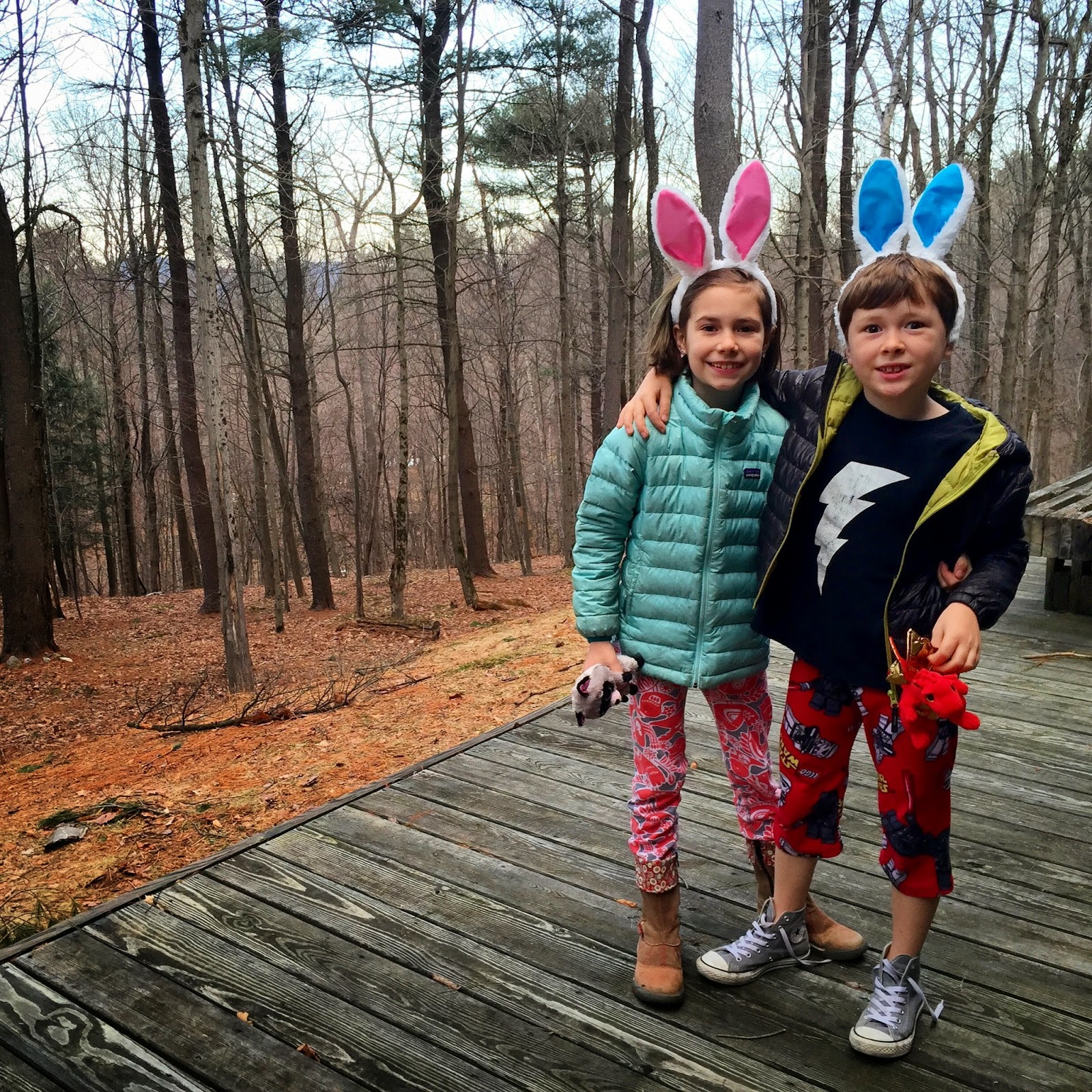 Kevin was feeling a little guilty before we left that not only were we not spending Easter with any family for the first time, but that we wouldn't at least be in the city where we could check out the Easter parade or participate in some egg hunts.  So he took it upon himself to find an egg hunt in the area.  He found what sounded to the kids like heaven - pony rides, egg hunt, and face painting on a nearby farm, starting at 11.  At 11 on the dot we pulled up to said farm and not a soul was in sight.  Maybe we're the first to arrive, he assured the kids.  After snooping around a bit, a woman came out and informed up the egg hunt was on Saturday.  We were 24 hours late.  But kindly, she offered to give the kids a tour of the farm anyway and let them pet the bunnies. 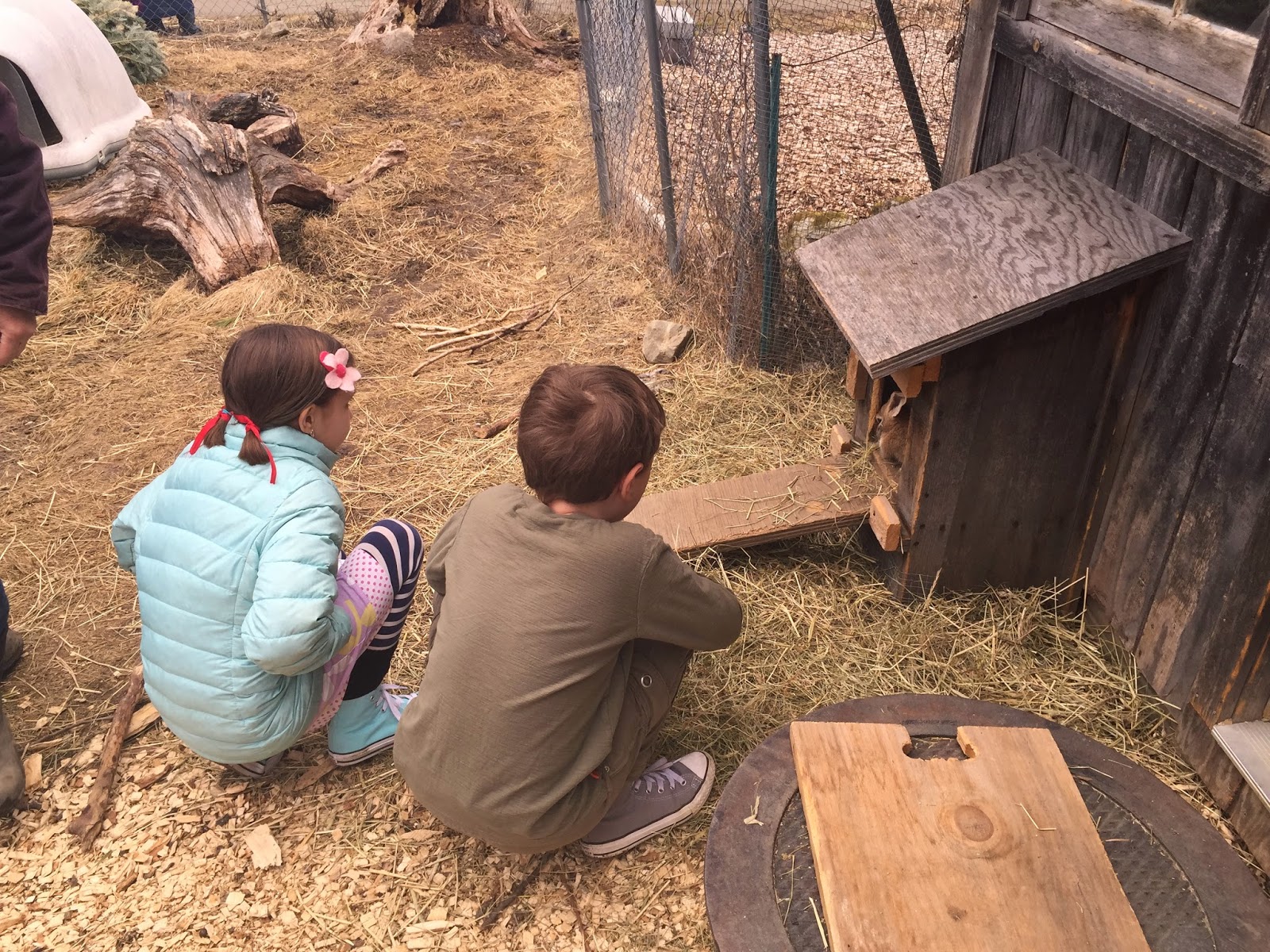 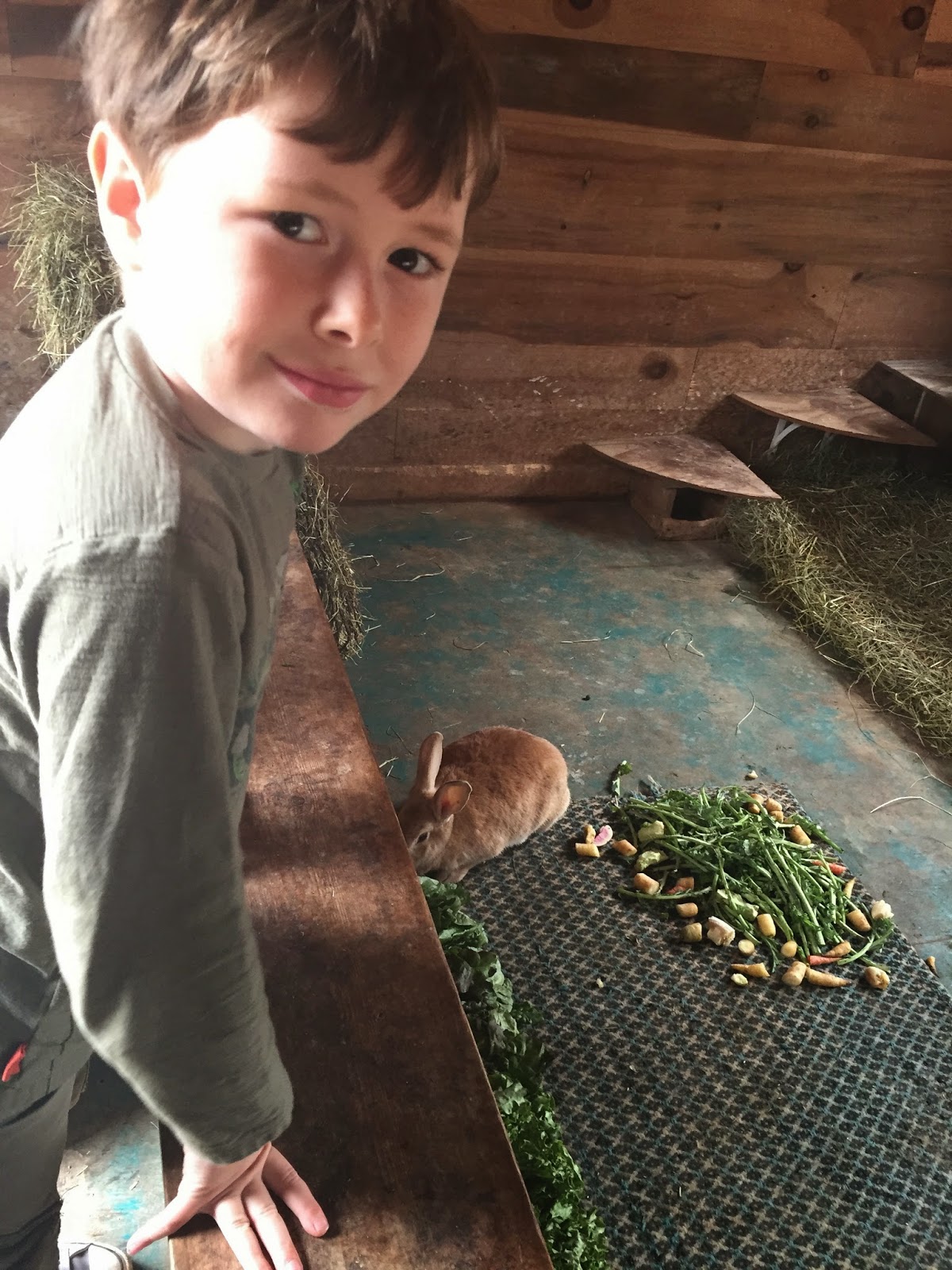 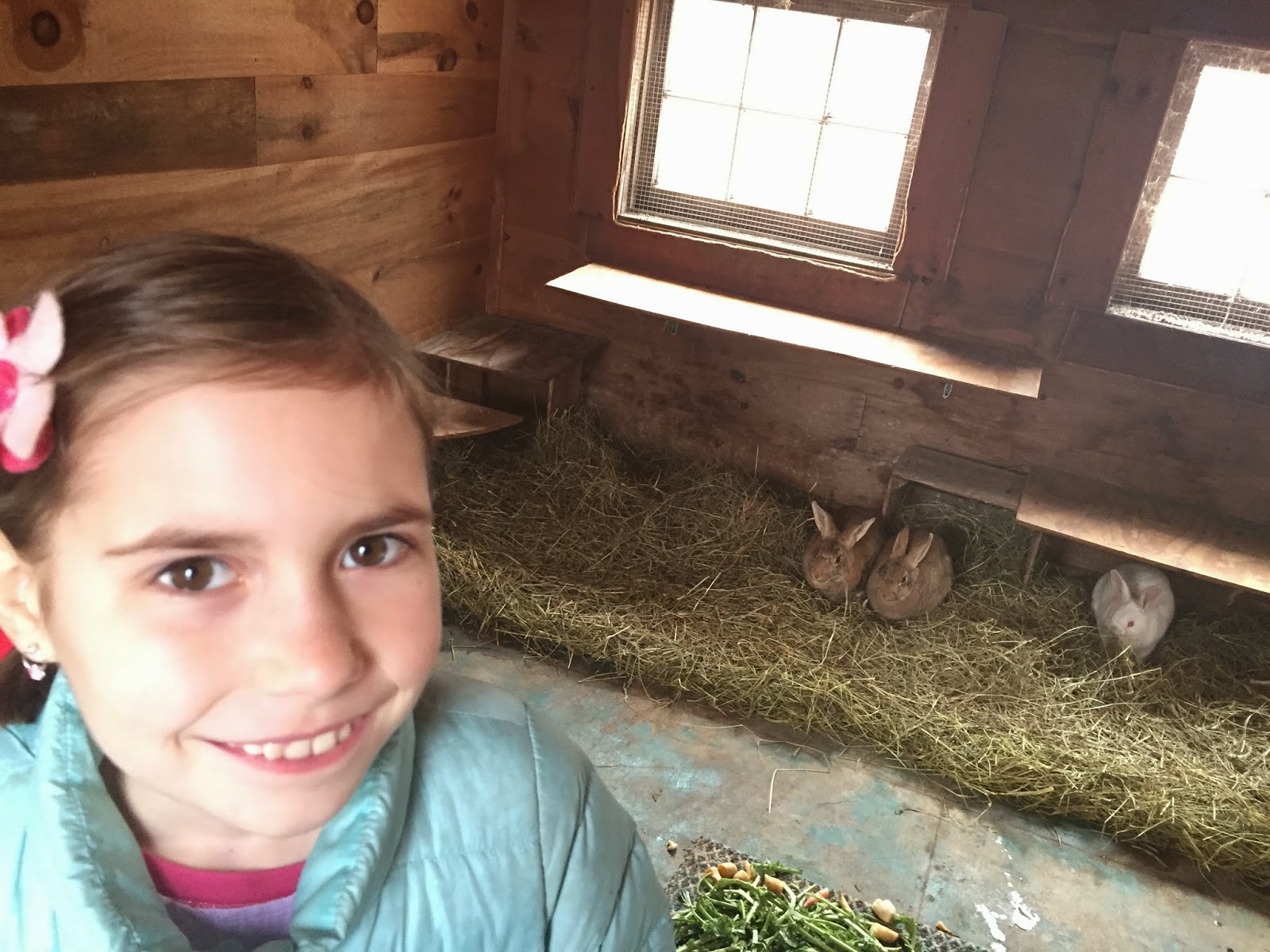 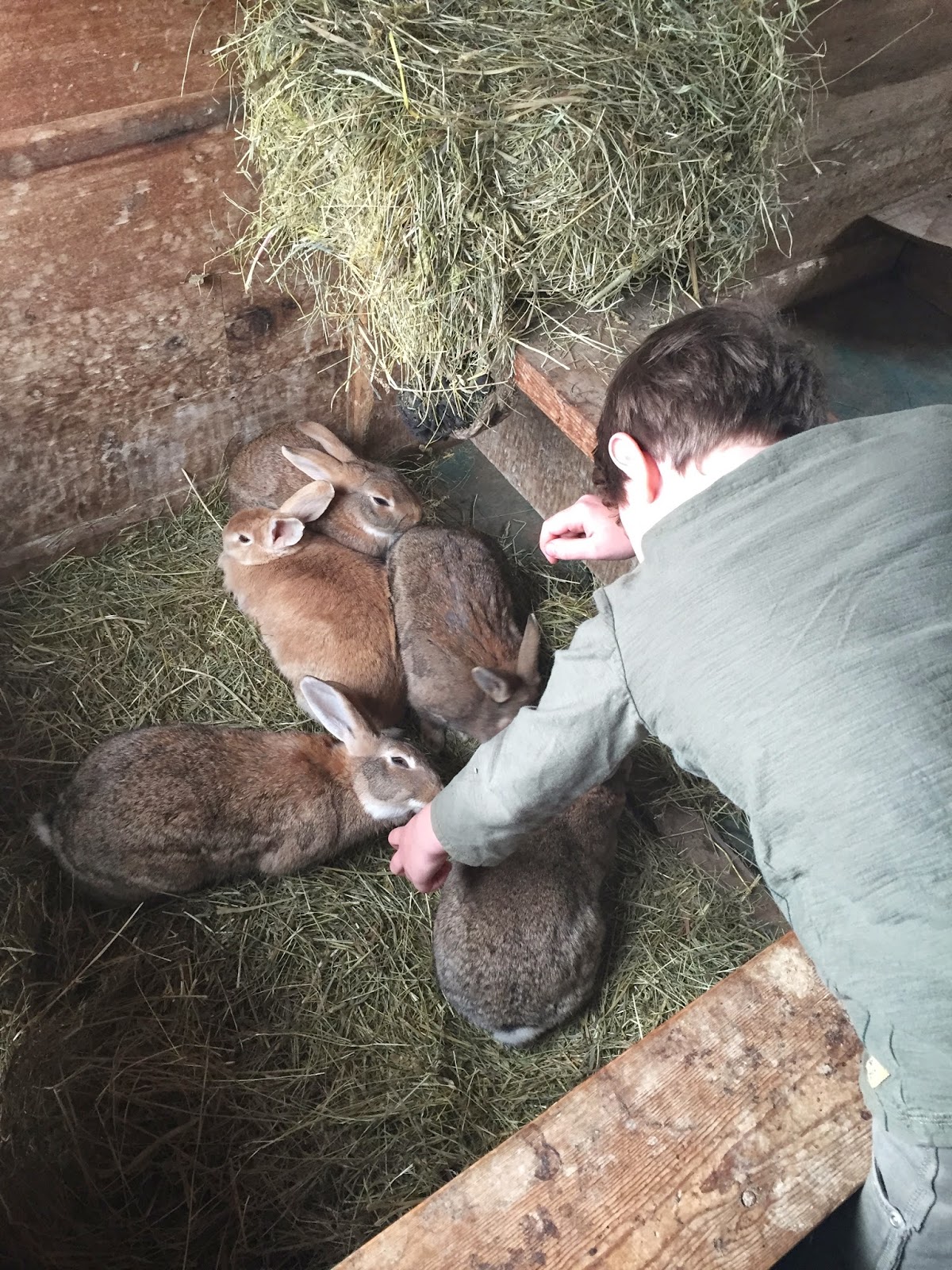 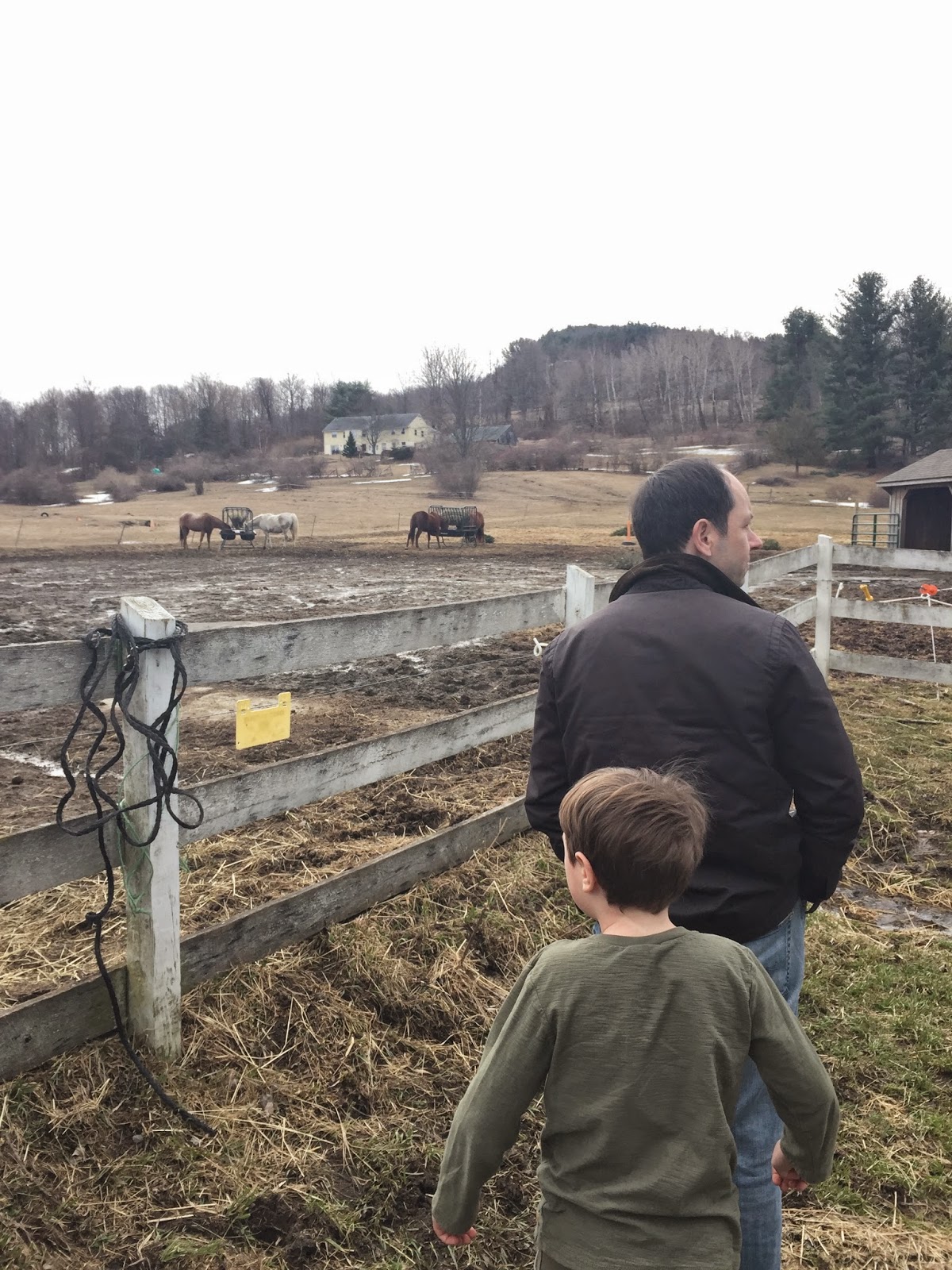 Holden, being the Skaggs Family optimist, said, "Wow, we're SO lucky!  If we had come yesterday instead of today for the egg hunt we wouldn't have been able to pet the bunnies as long because there would have been so many other kids!"