Despite the snow (or maybe because of it) we had a lovely weekend.

Here we are trudging through the storm to get to a birthday party. 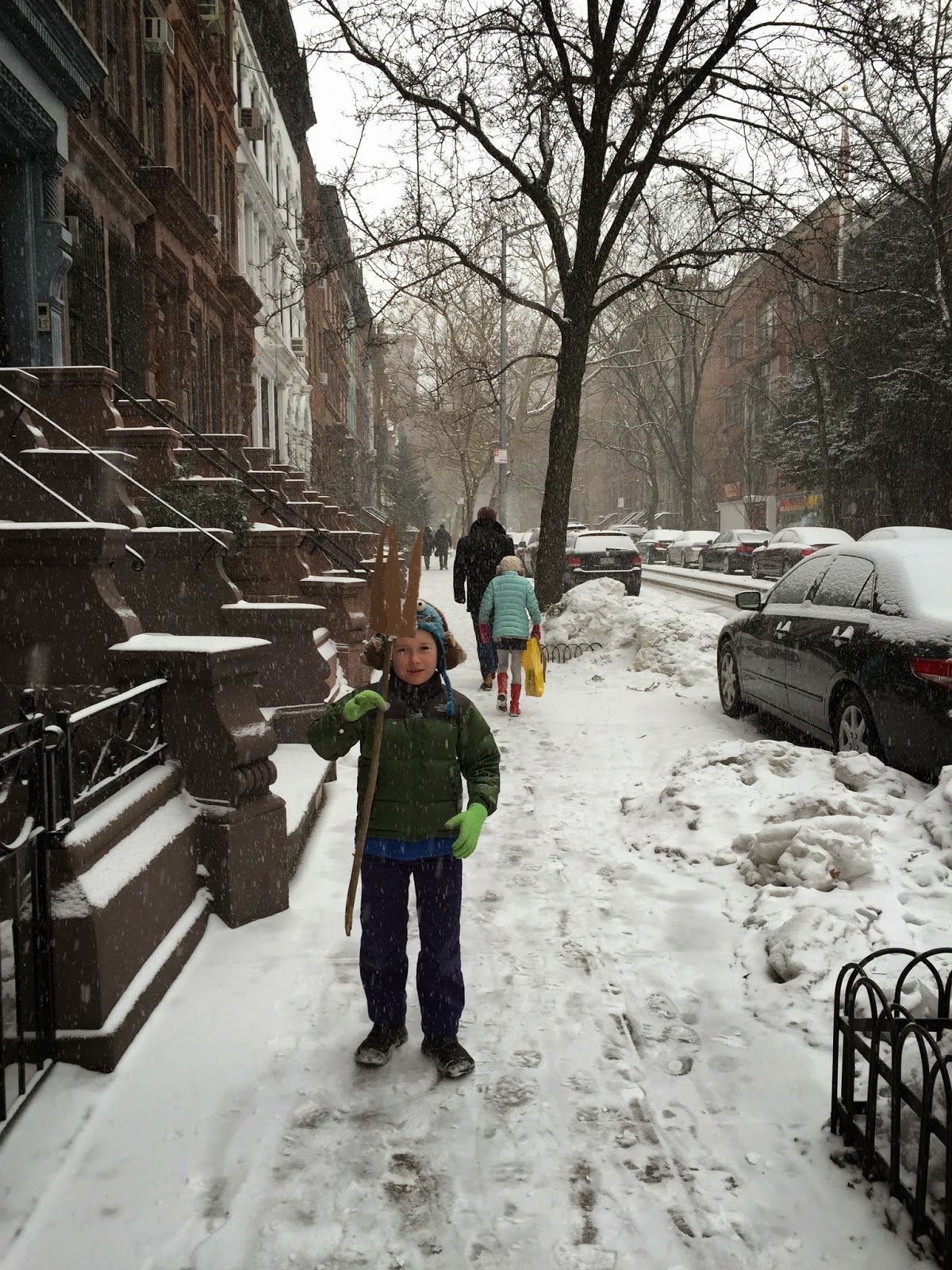 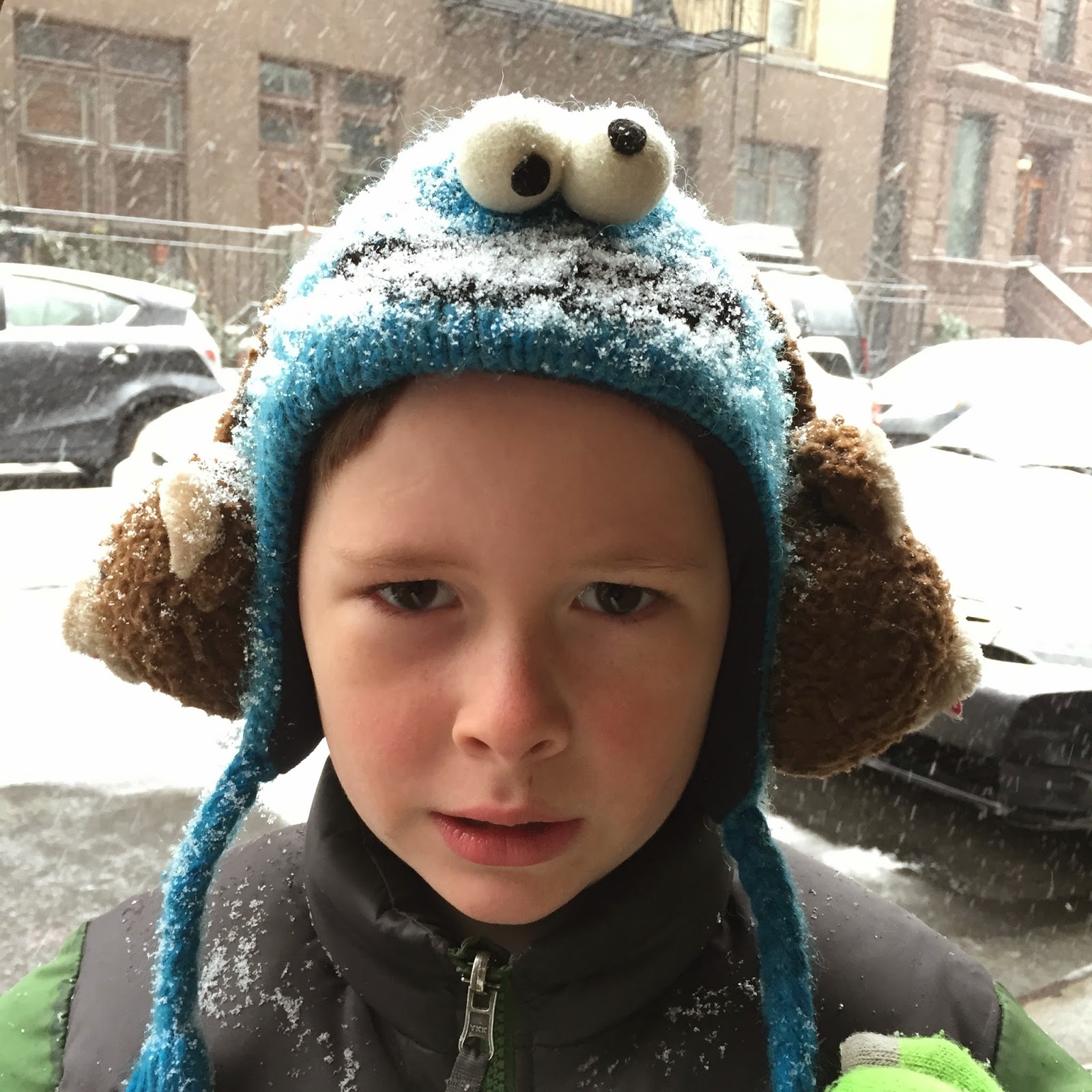 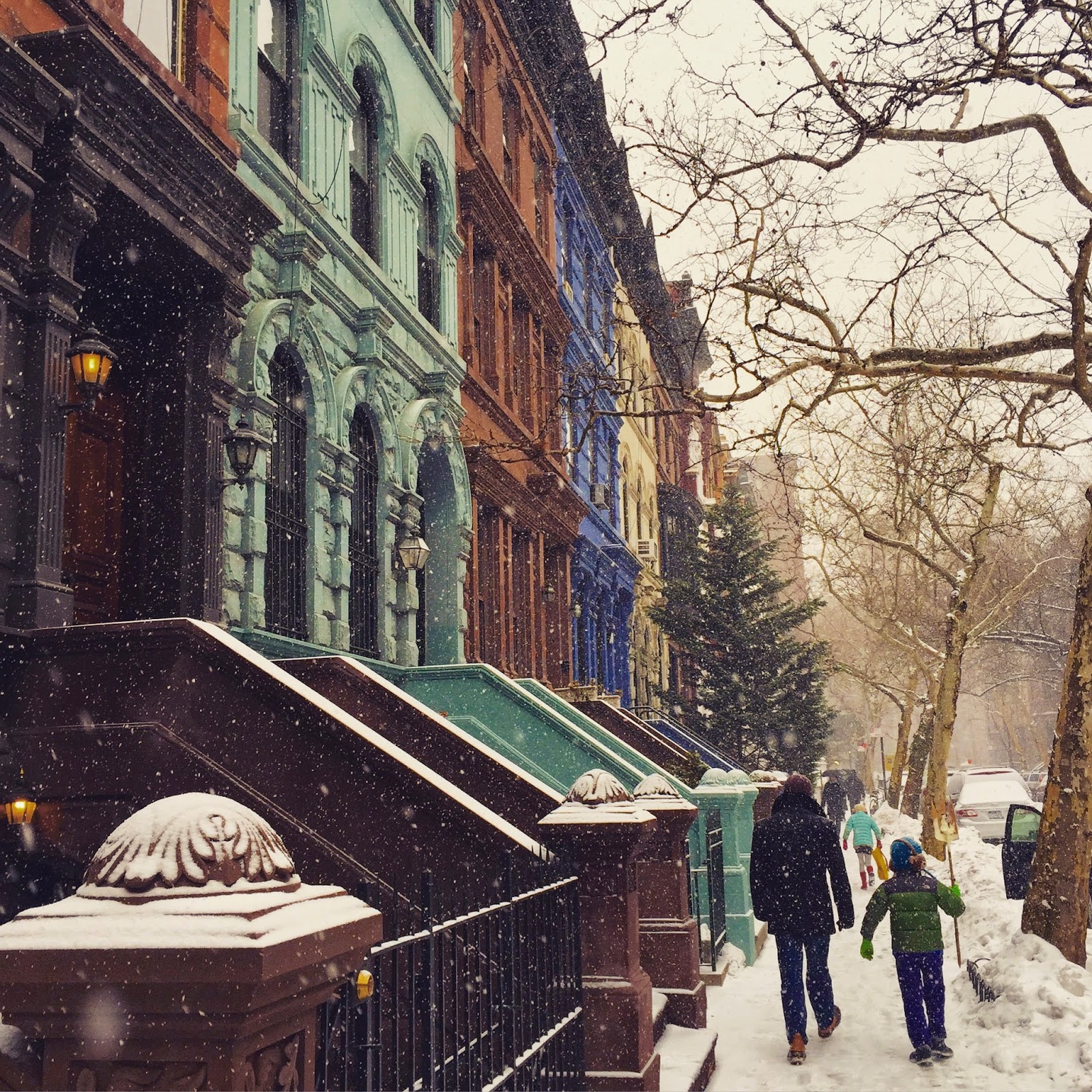 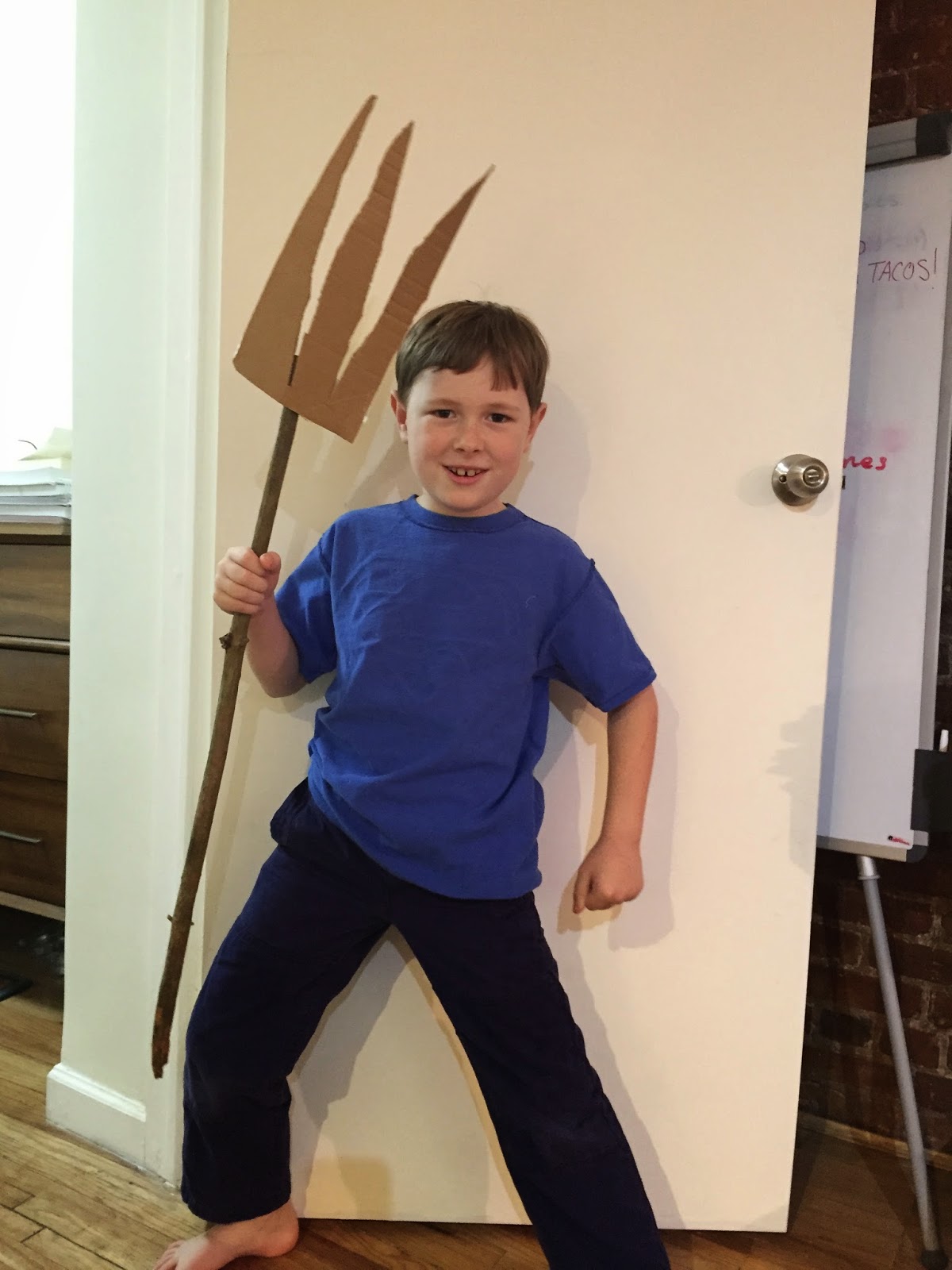 The 7 year-old chose a Greek themed costume party.  Holden was Poseidon and Ella, Artemis.  They made their costumes from scraps around the house and then the mother of the birthday girl had written a Greek play for them to perform.  Can you guess this was a homeschool party?  :)  The kids had an "awesome" time, due in no small part to the fact that the mom is a trained pastry chef. 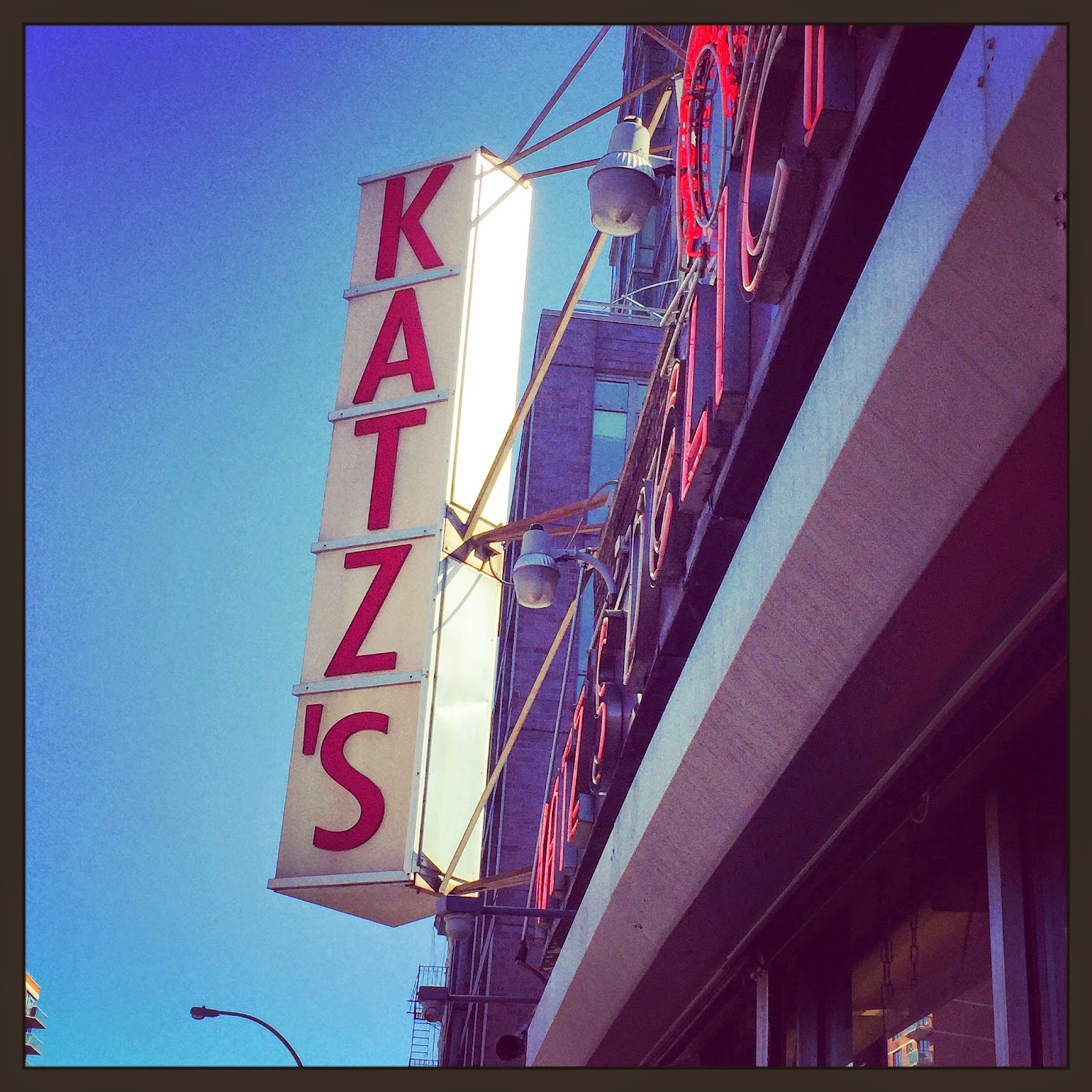 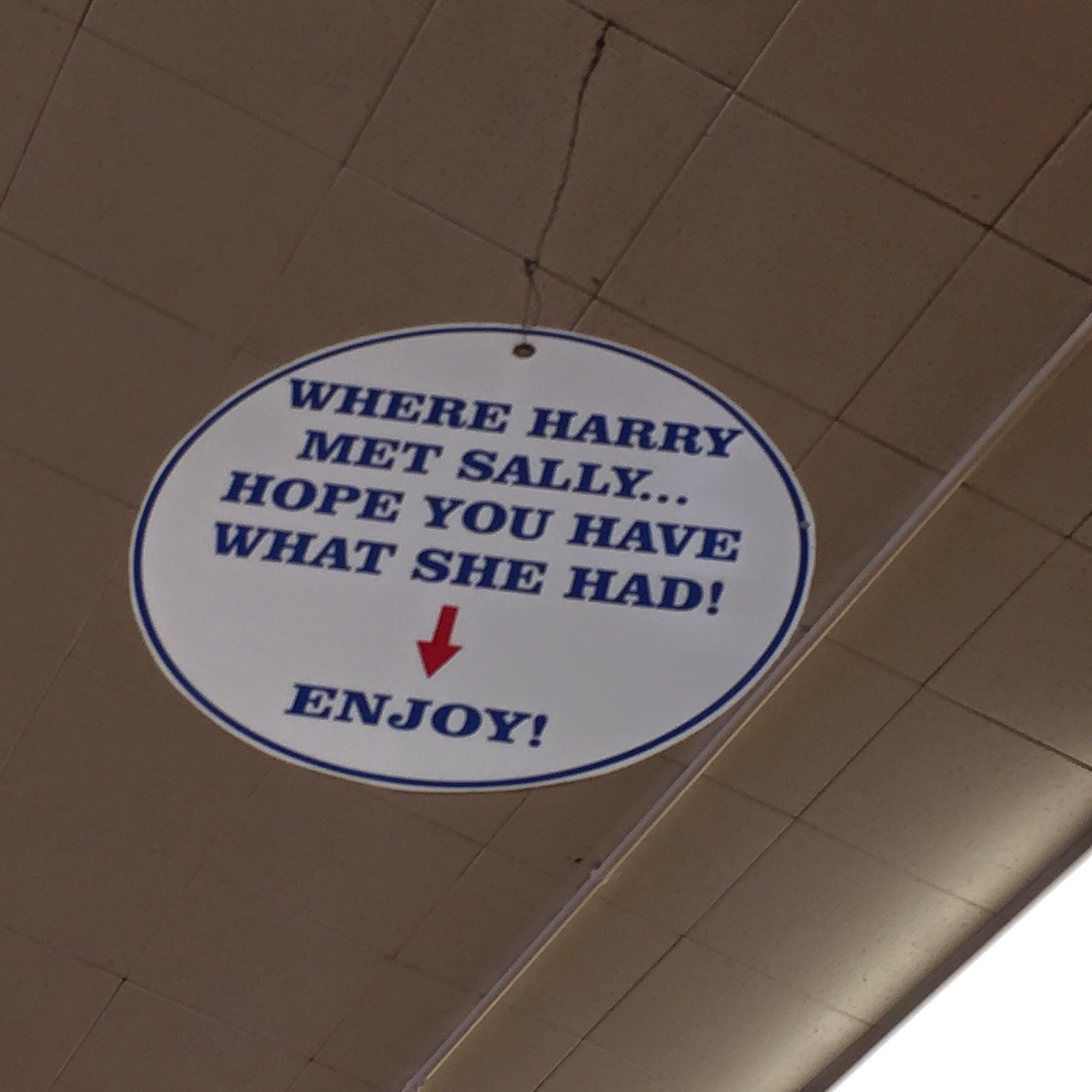 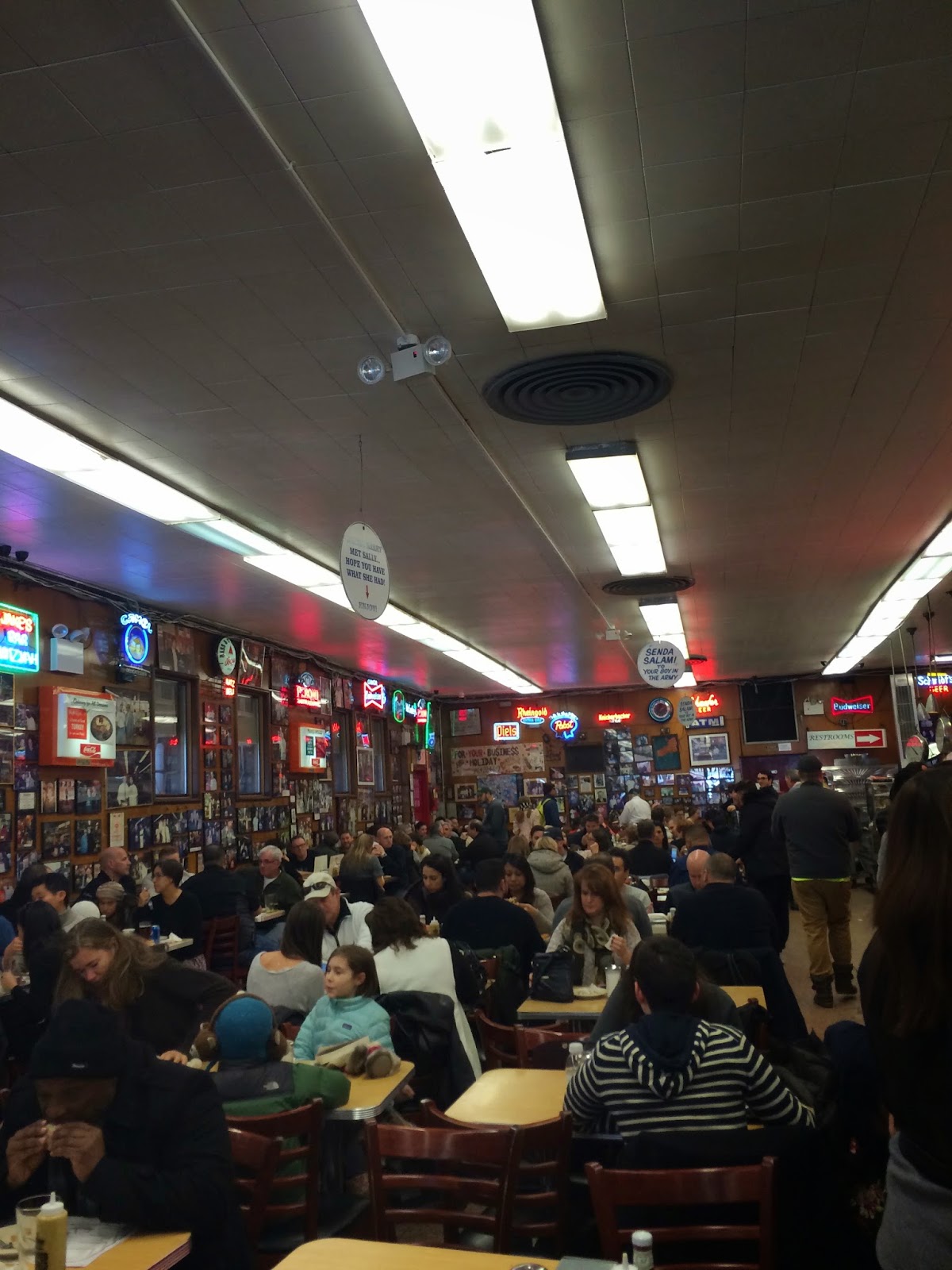 After we finally checked out Katz's Deli of When Harry Met Sally fame, Kevin and the kids gave mom a break by heading off to the climbing gym while I got to wander home alone, stopping in favorite bookstores.  I will not confirm nor deny that any new articles of clothing were purchased along the way. 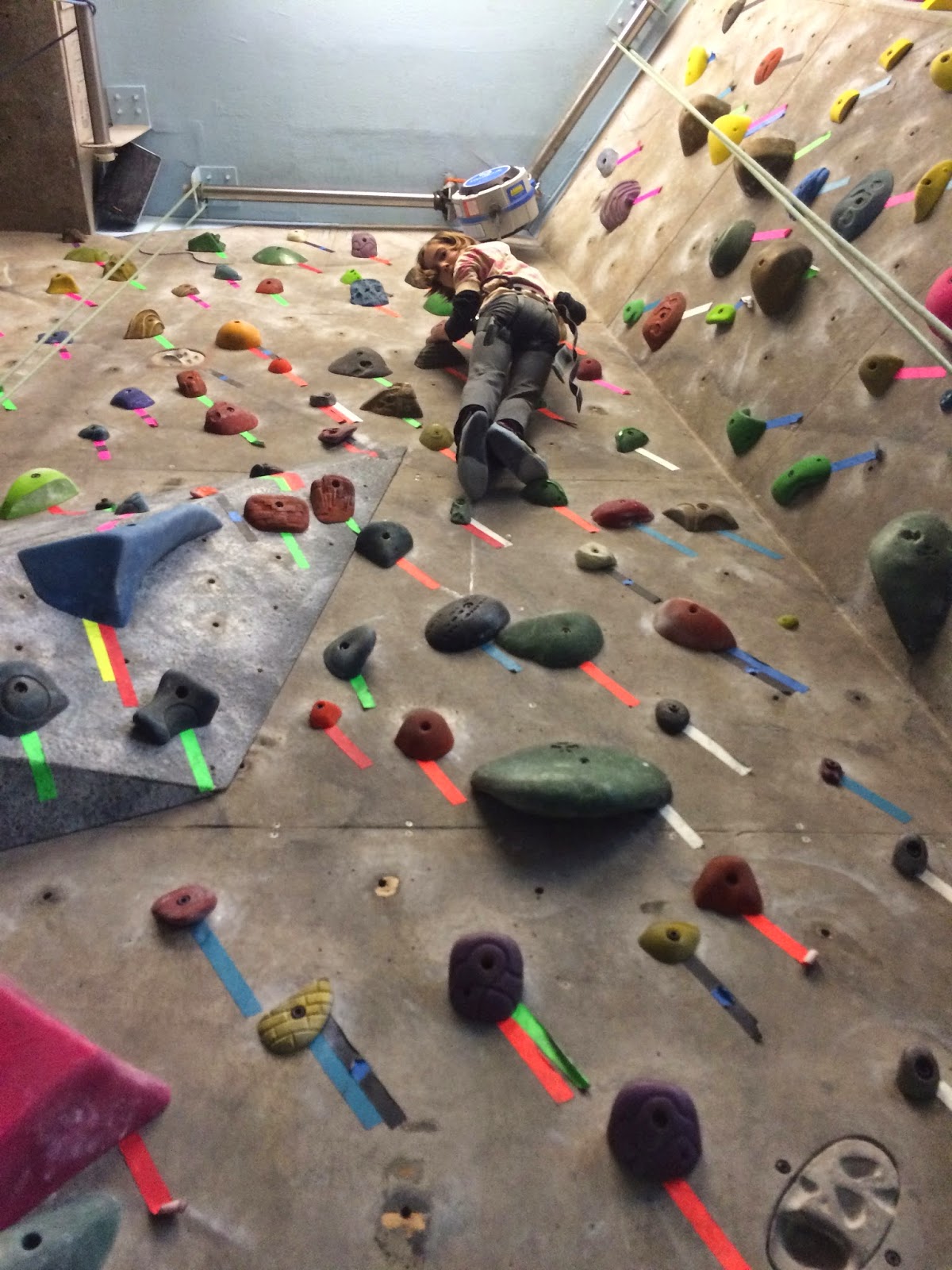 On Friday we were lucky enough to join a homeschool field trip to see the Dance Theater of Harlem.  I was expecting a standard dance performance but was pleasantly surprised that it was in fact a full fledged lesson on the African Diaspora and the history of African-American dance.  They took us from traditional African dance, through the Harlem Renaissance, 60s funk and up to Hip Hop.  The dancers spoke to us throughout and we all really learned a lot.  And since our little homeschool group was small compared to the large school groups there, we were given the best seats in the house, right up in the front row.  We were all mesmerized. 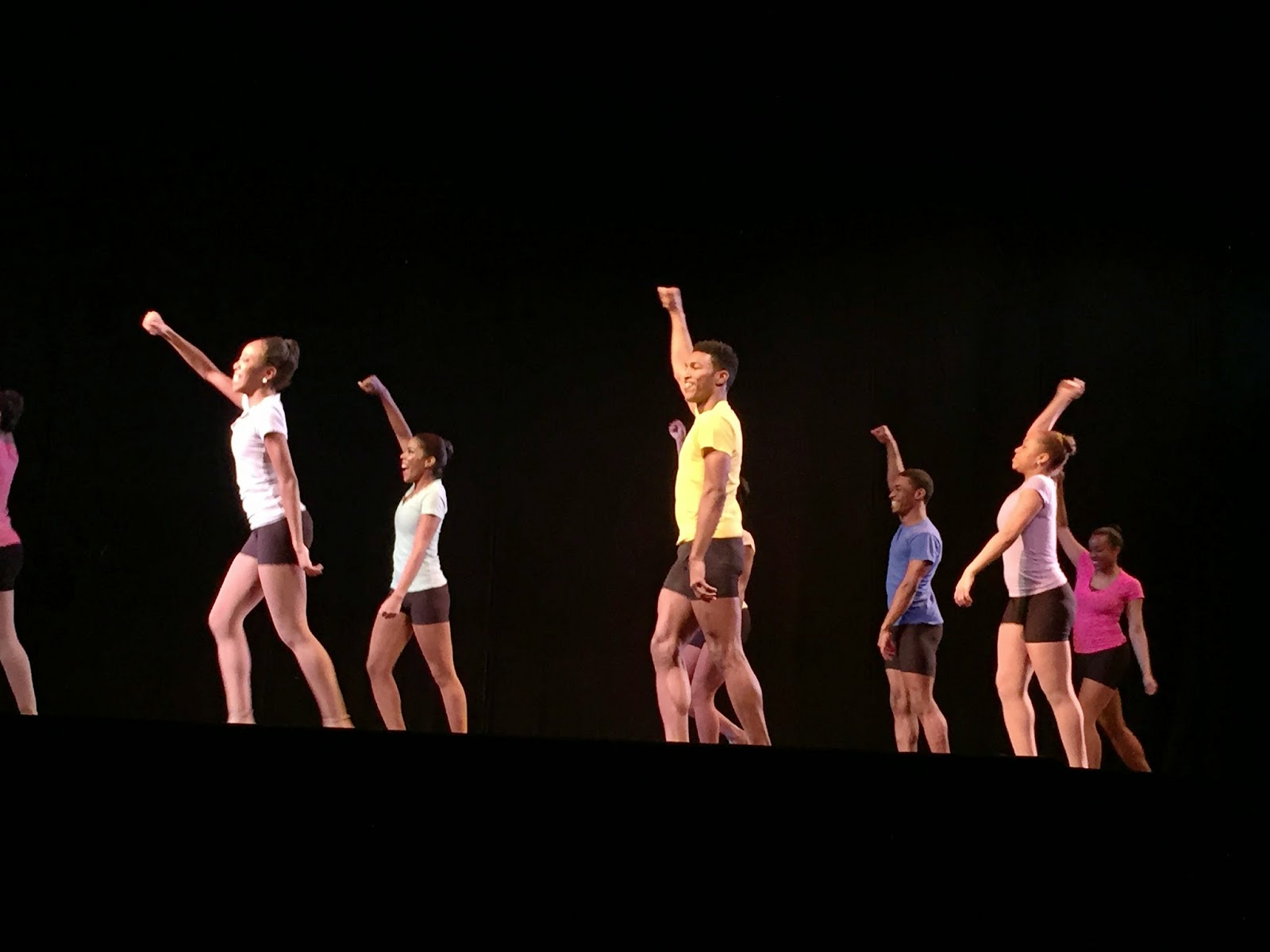 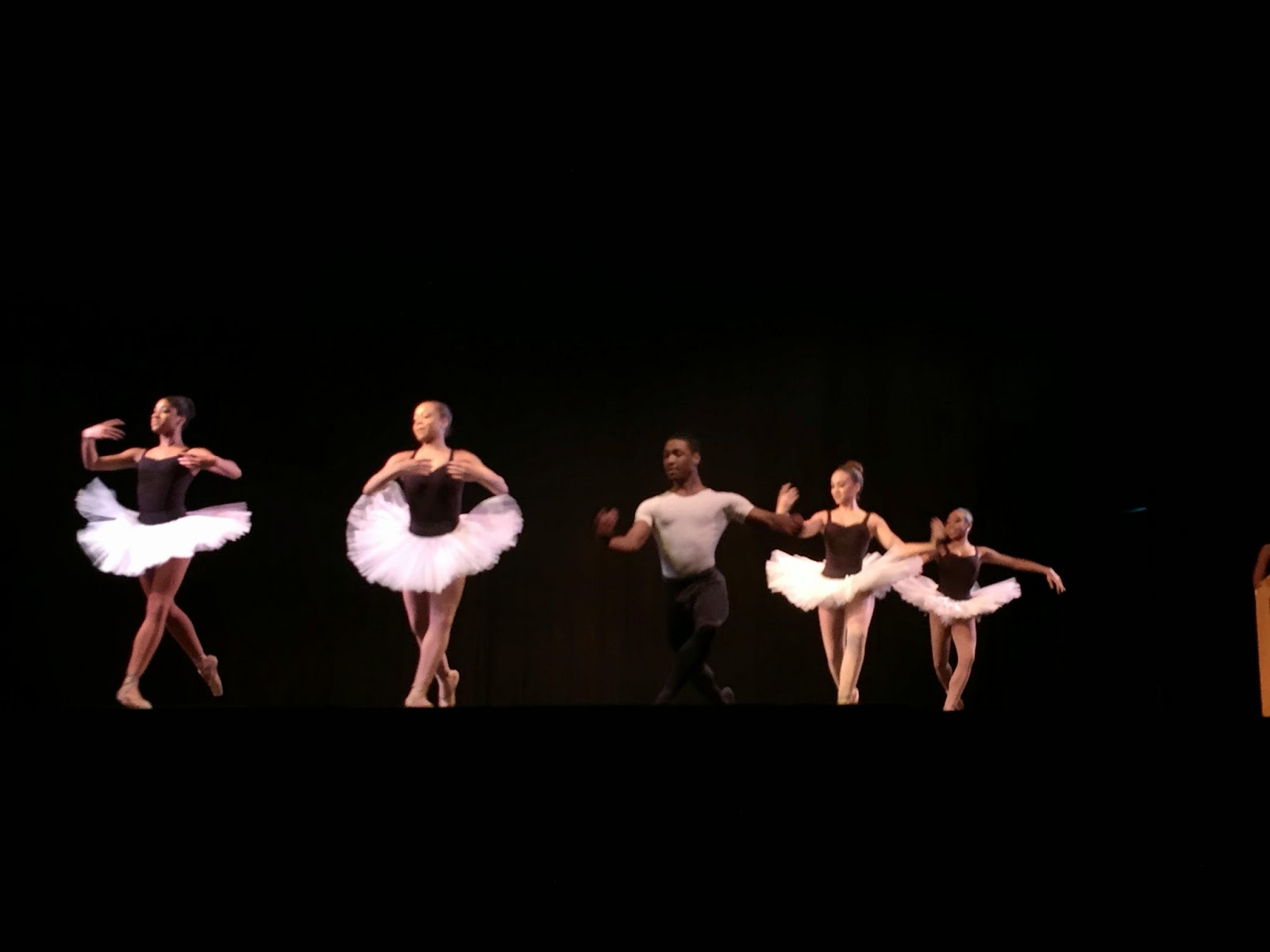 But the really big and exciting news is that we finally bought a VW camper van!!  And in the middle of a snowstorm, no less.  I say finally but you probably had no idea that we've been wanting one.  Some of you may know that we are big campers and camped a lot back in California.  But it hasn't been so easy to do out here, especially without a car.  So Kevin especially, has been hankering for a pop-top that we can take on the road after work on Fridays and get to an awesome, remote location and just pop the top and enjoy nature.  Well, I'm pleased to introduce you to Moby (named by Ella), who will be spending at least the next few weeks in a garage, awaiting his first big adventure with Team Skaggs. 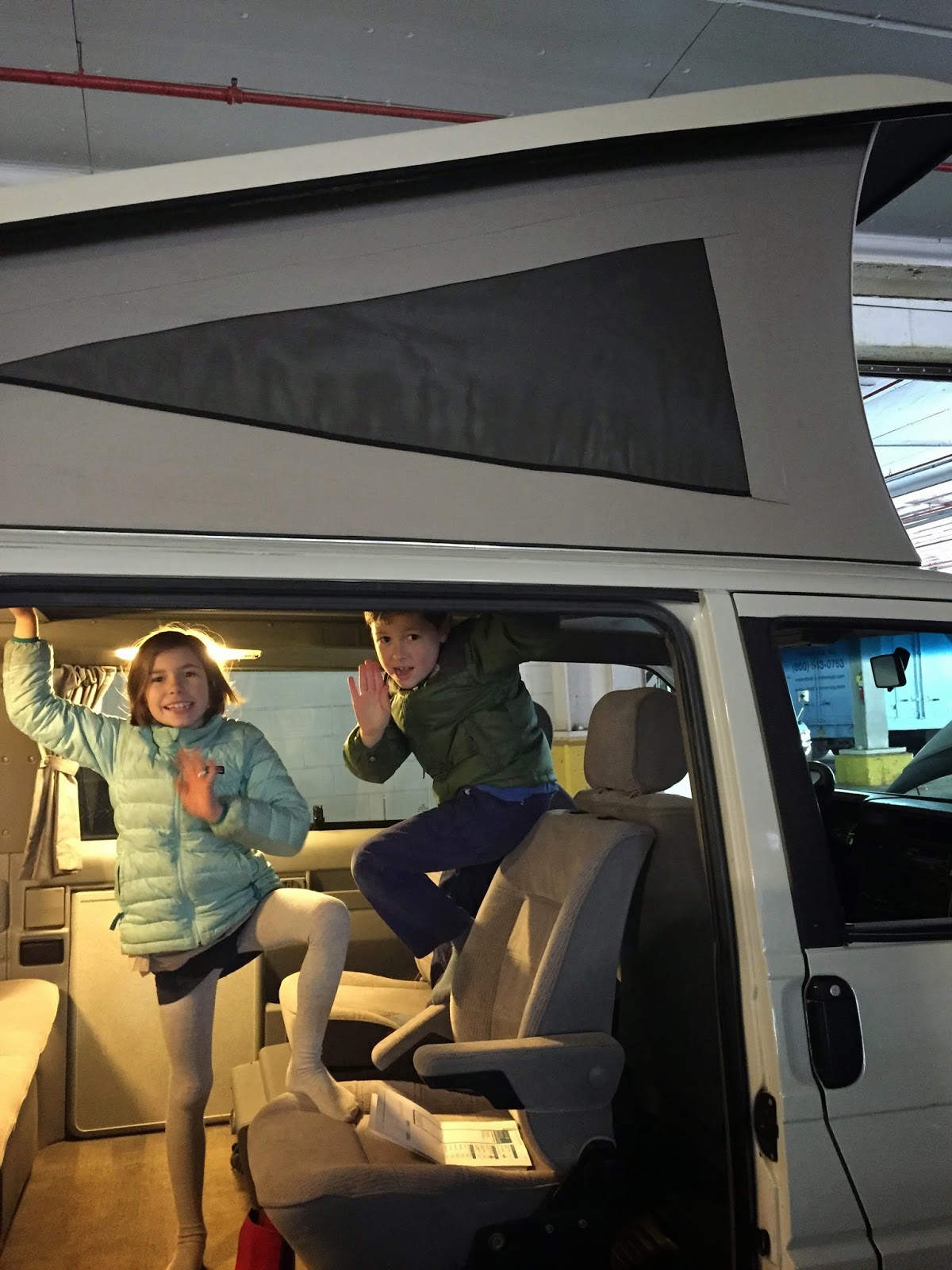 Sorry, it really was snowing out when we bought him out in New Jersey, so no better photos yet.  But he's super clean and runs well for an old guy.

This is what homeschooling in Manhattan DMV looks like: 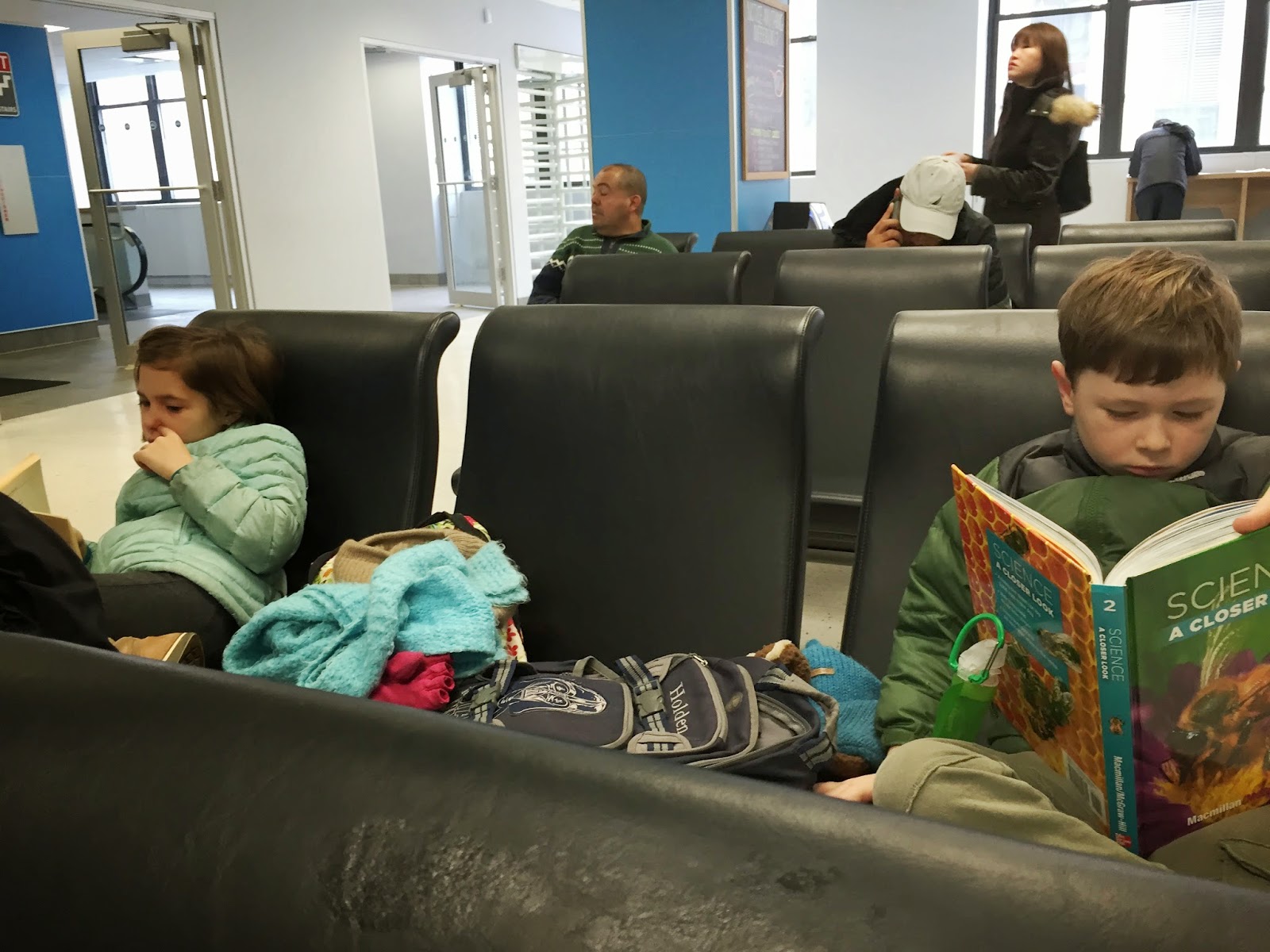