I've been on the mailing list of this really cool non-profit for a while now.  And finally the stars aligned so that we could make it to one of their events. CoderDojo is a volunteer run organization that holds events to teach children web, game, and app development - all for free.  To translate that for my mom, that means that they teach the kids computer programming so that they can create their own games, web pages, and applications for an iPad or smart phone. 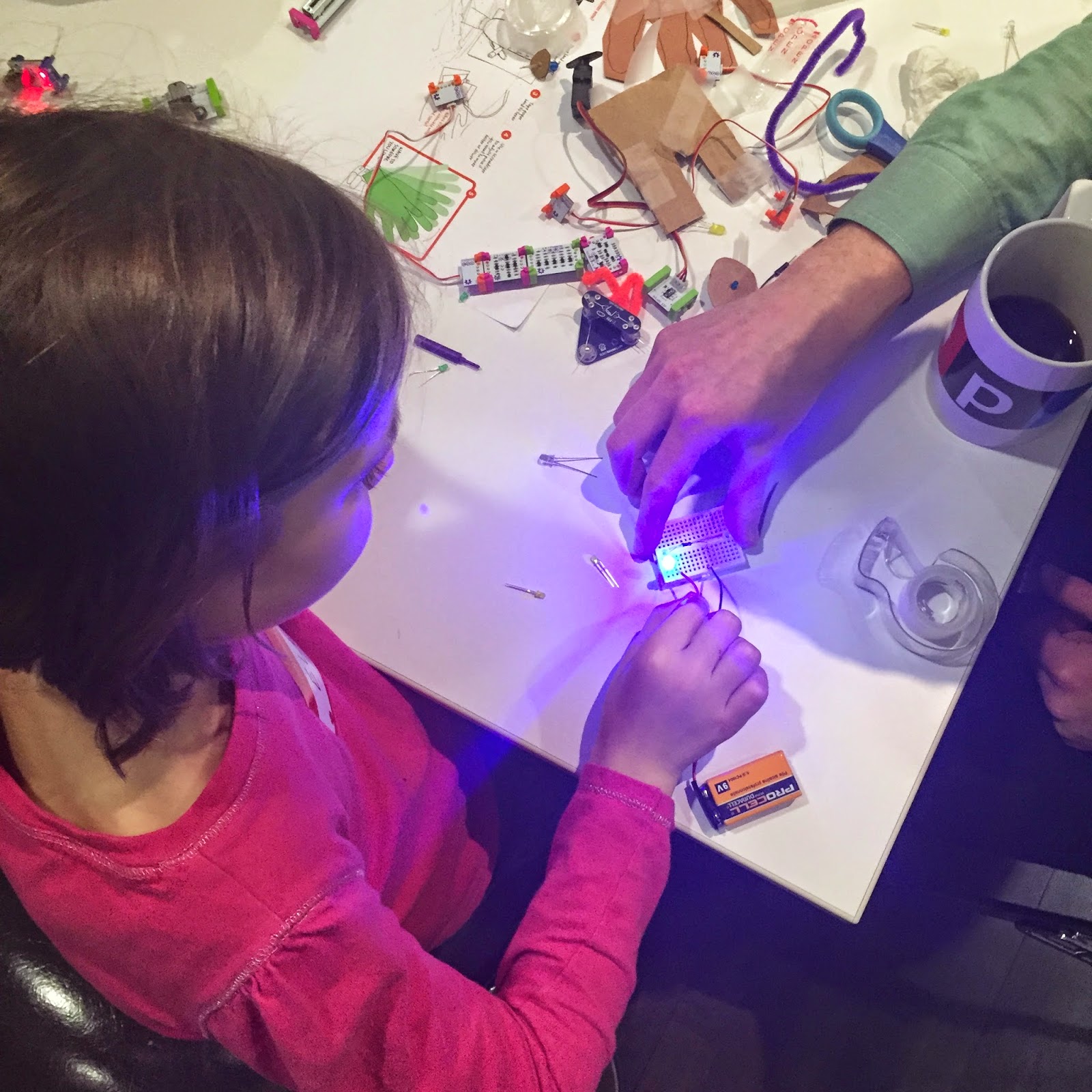 For three hours the kids could move around between tables that were teaching Scratch, HTML and web page design, or circuitry.  Each table had 2-3 mentor volunteers to help them.  The kids have already been learning the computer language Scratch in a weekly class they take on Mondays, so they focused their time on the other tables.  Holden spent most of his time at the circuitry table using Little Bits to create electronic circuits.  He loved them and learned a lot about electronics and has been begging for a set but they're not cheap so I think we're going to have to add those to a wishlist for the grandparents. 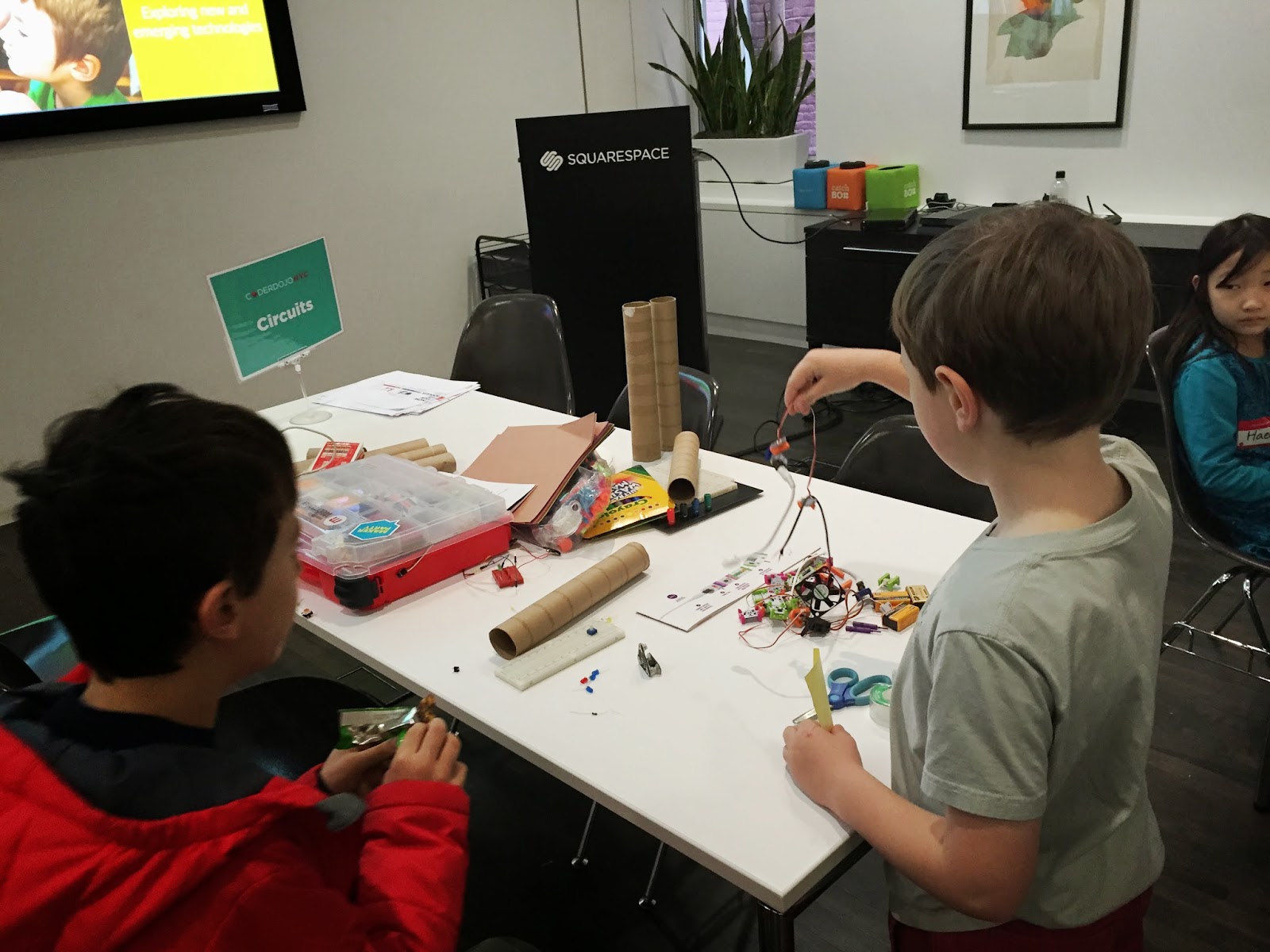 Ella spent most of her time at the HTML table learning the basics of programming a website.  I think that will be their next computer class after they finish up with Scratch.  This was a nice exposure to it though, and a great way to figure out for free if they're interested in learning more. 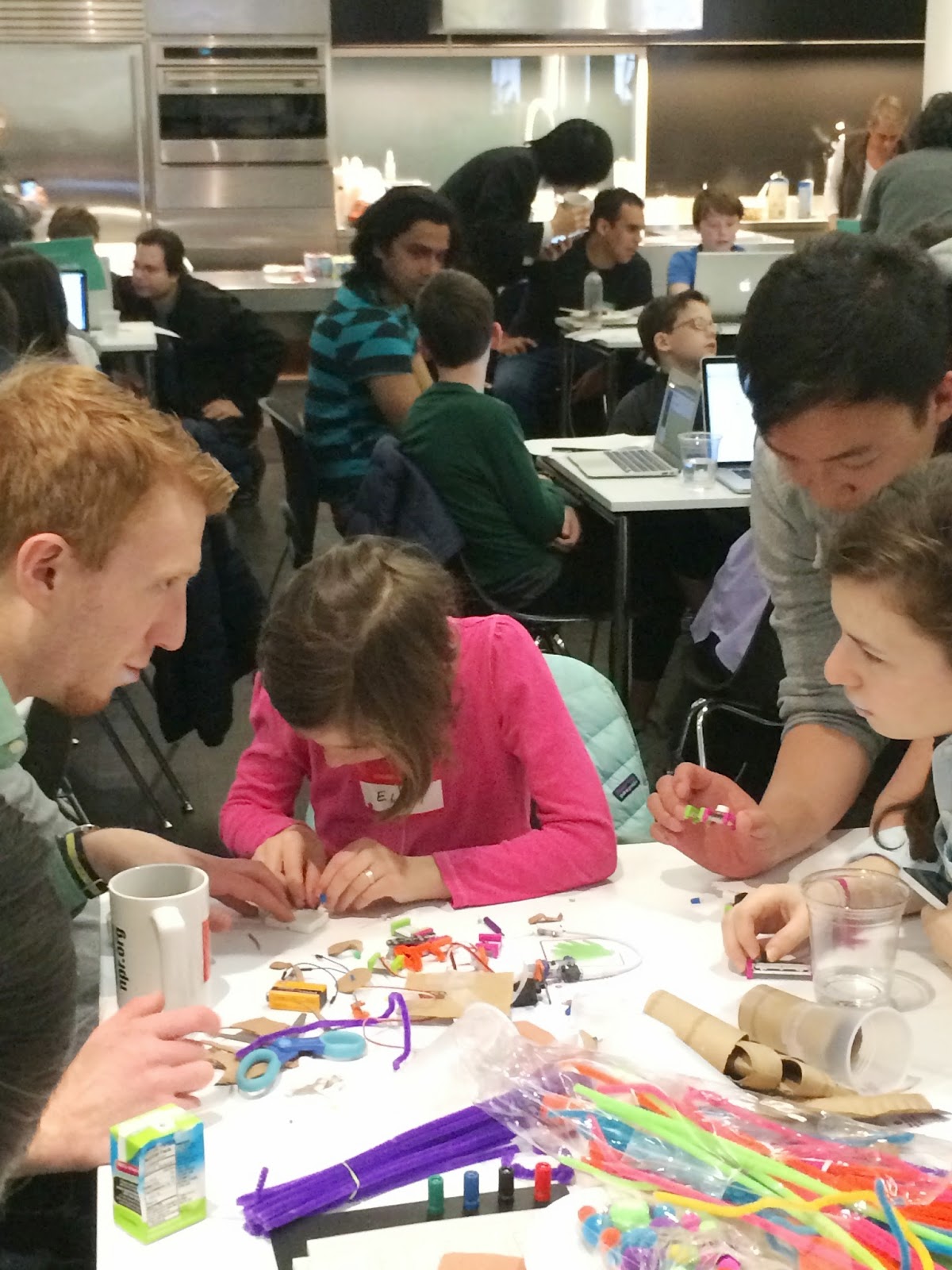 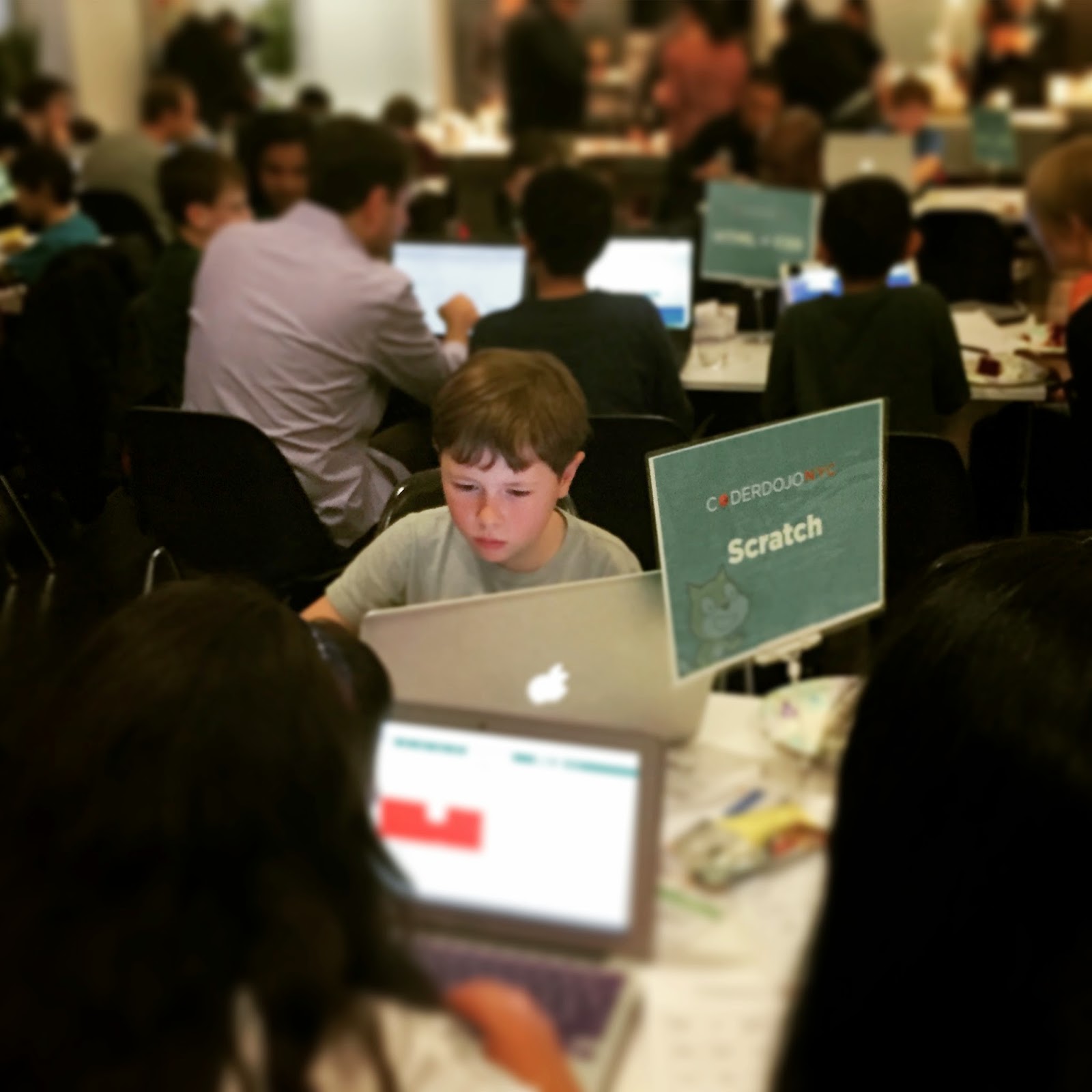 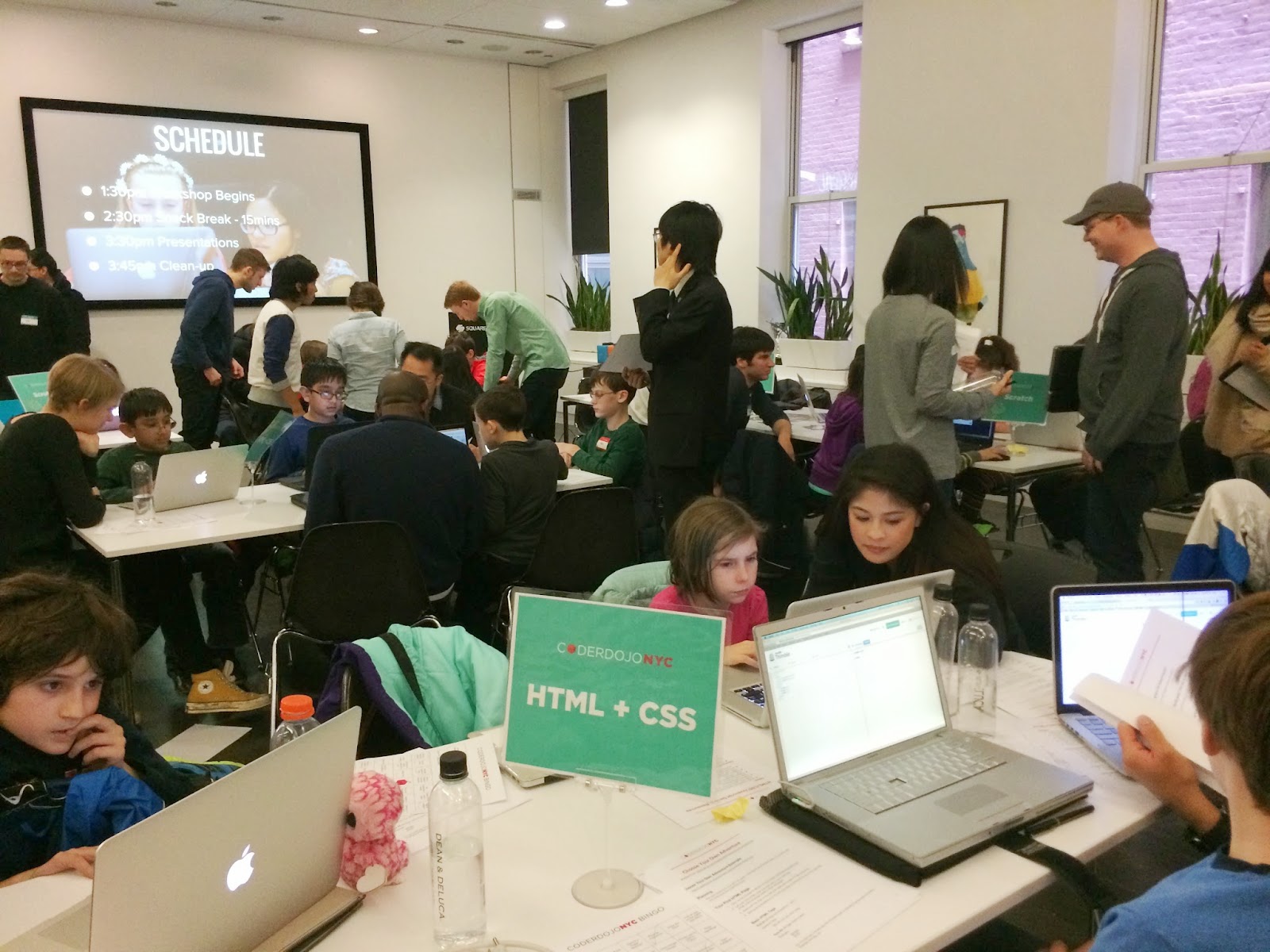 But the kids weren't the only ones who enjoyed themselves this weekend.  Saturday night we left the kids with the babysitter and met some friends on a rooftop bar before saying our farewells to the cast of Mad Men.  If you're a fan, then you know that Mad Men comes to an end this year.  And since New York City is basically a character in the TV show, it is fitting that they are starting off their farewell tour right here in the Big Apple.  The Museum of the Moving Image is even exhibiting the iconic sets from the show.  I'm sure we'll make it to that soon. 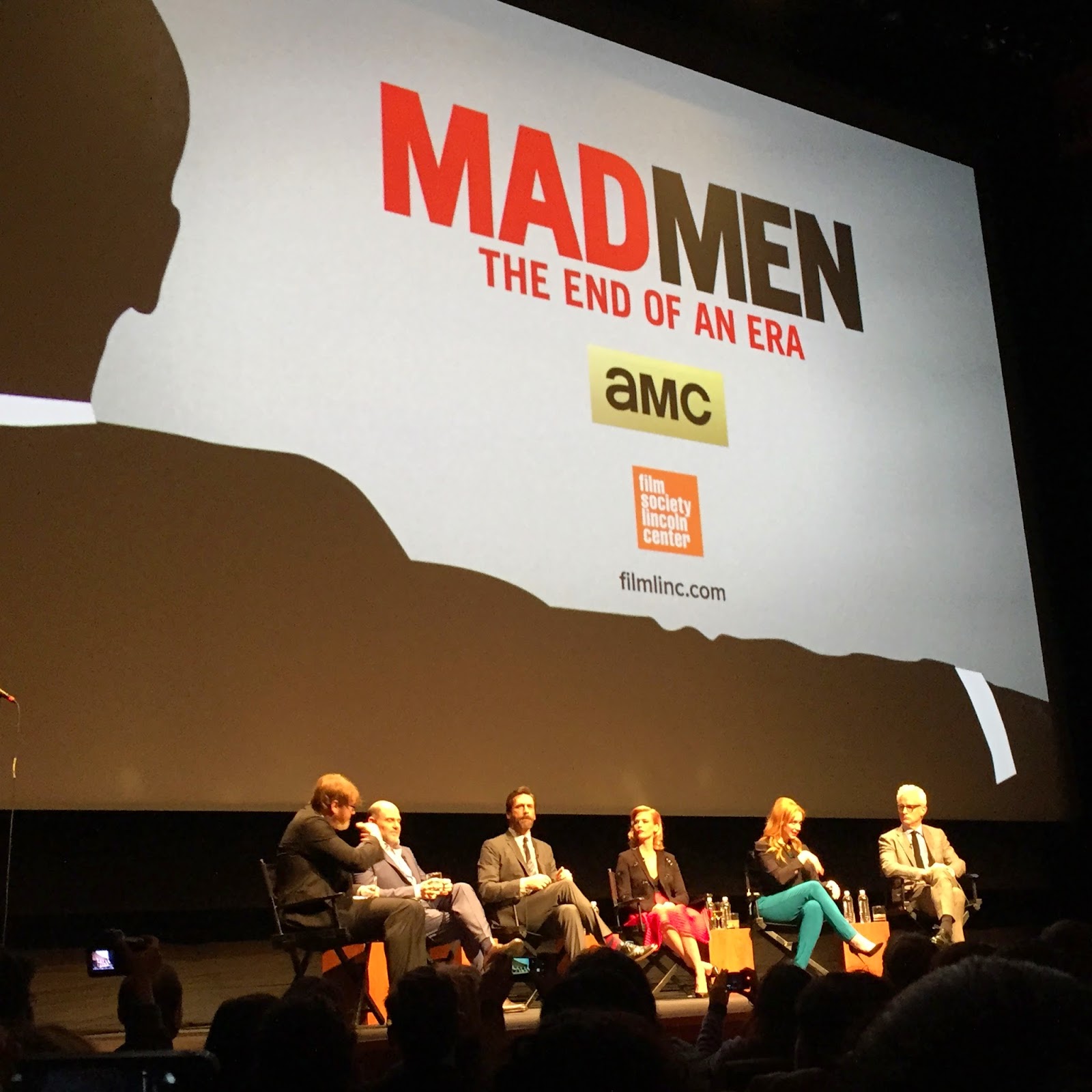 In the meantime, we had some pretty sweet seats at the Film Society in Lincoln Center to hear the creator Matthew Weiner, and actors (Jon Hamm, January Jones, Christina Hendricks and John Slattery) talk about their favorite parts of the show, give us some backstage gossip, and see clips that each of them chose to discuss.

And since we had a sitter, we took the long way home, stopping for cocktails in true Mad Men style.