Well, I don't think that's ever happened.  I literally just forgot to post on Monday.  The thought has not even occurred to me until this very second.  In my defense, I have a LOT on my mind.  Nothing I can go into right now, but trust me, you'll hear all about it soon enough.

But boy, what a difference a week makes.  We almost hit 60 degrees today, people!!  I'm telling you, locals are acting like it's mid-summer: walking around in flip-flops, eating ice cream cones with their faces tilted up to the sky.  The restaurants all have their sidewalk tables out.

All is right with the world again.

It's hard to believe that three days ago this was happening: 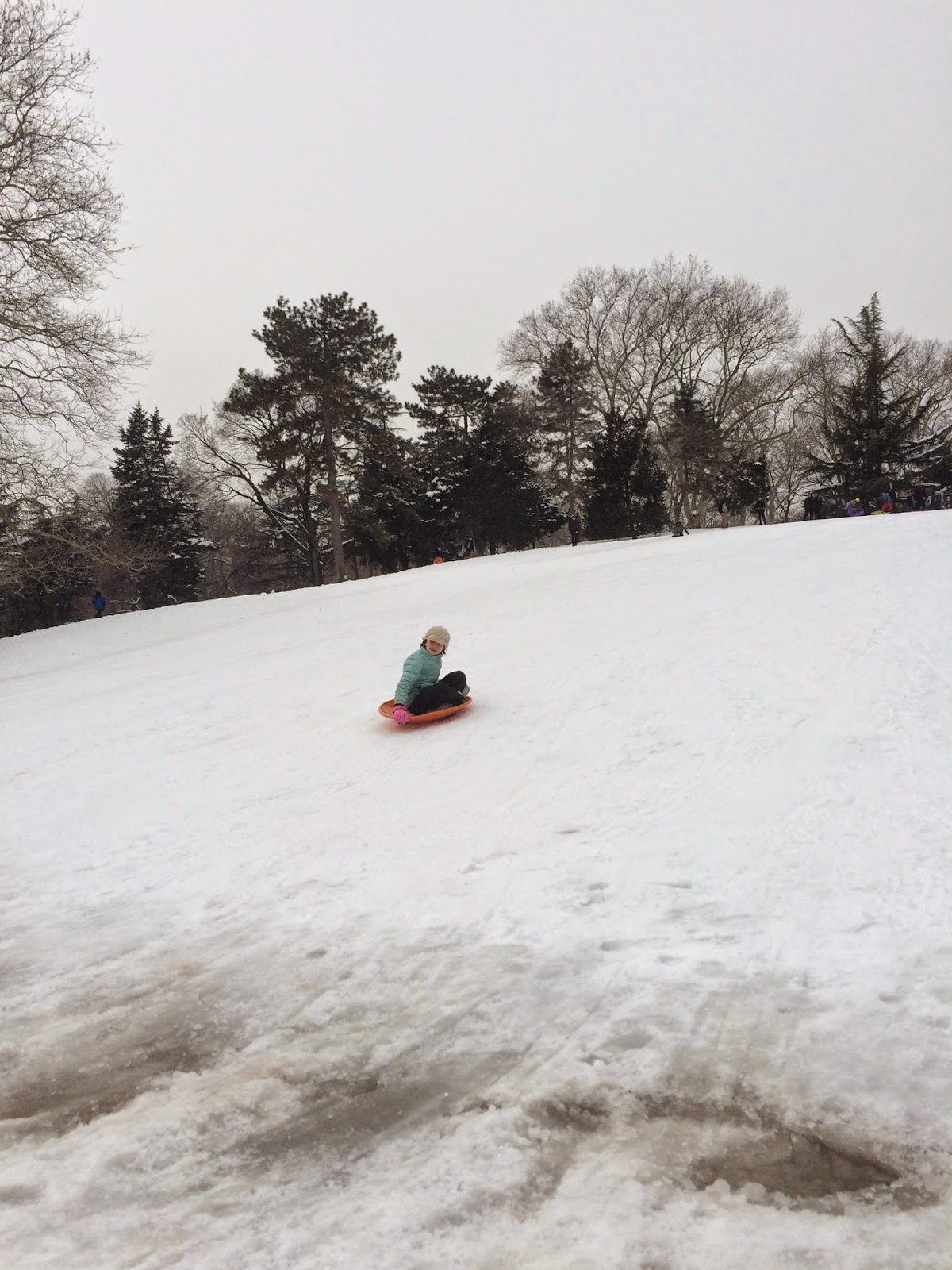 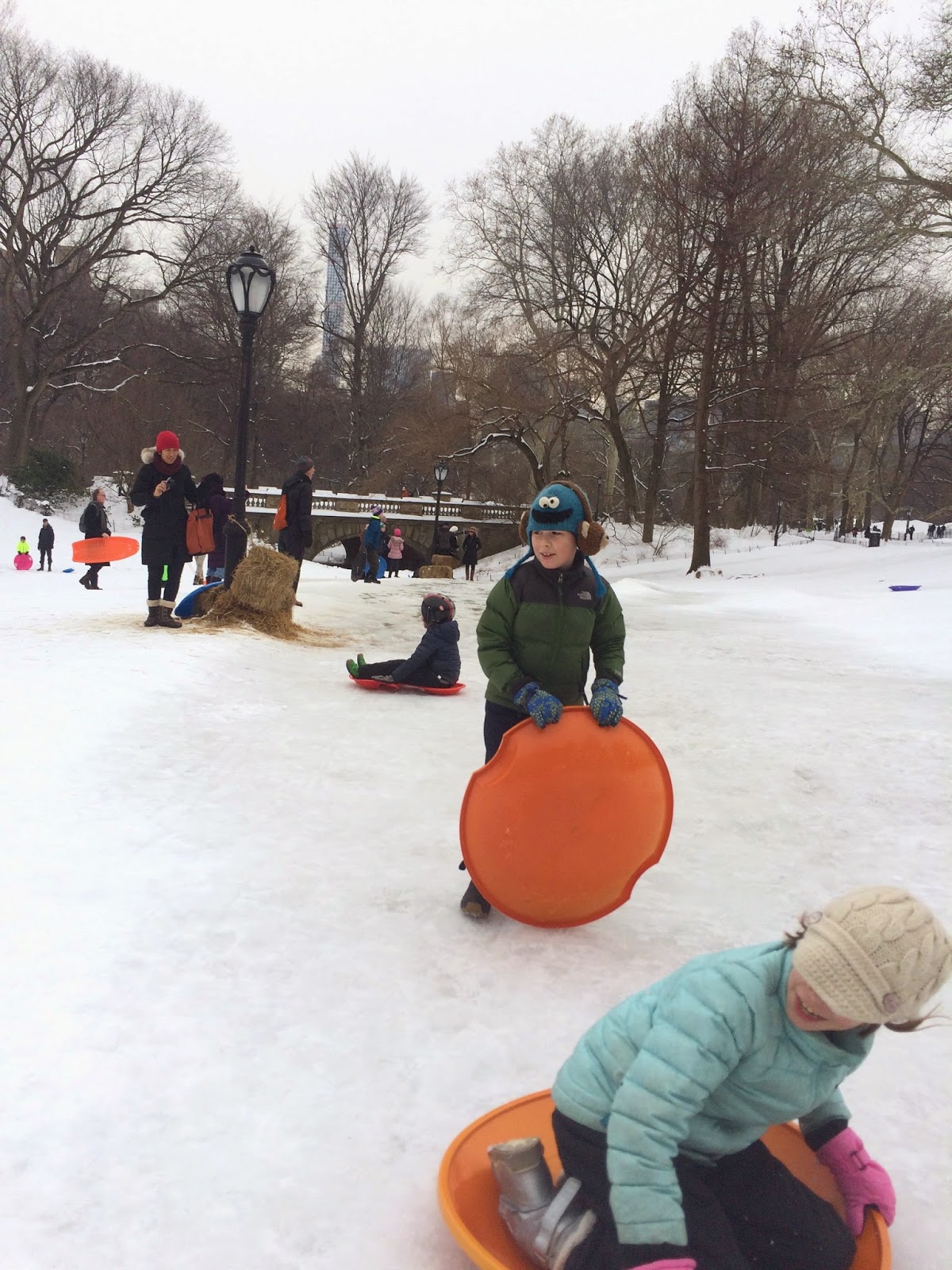 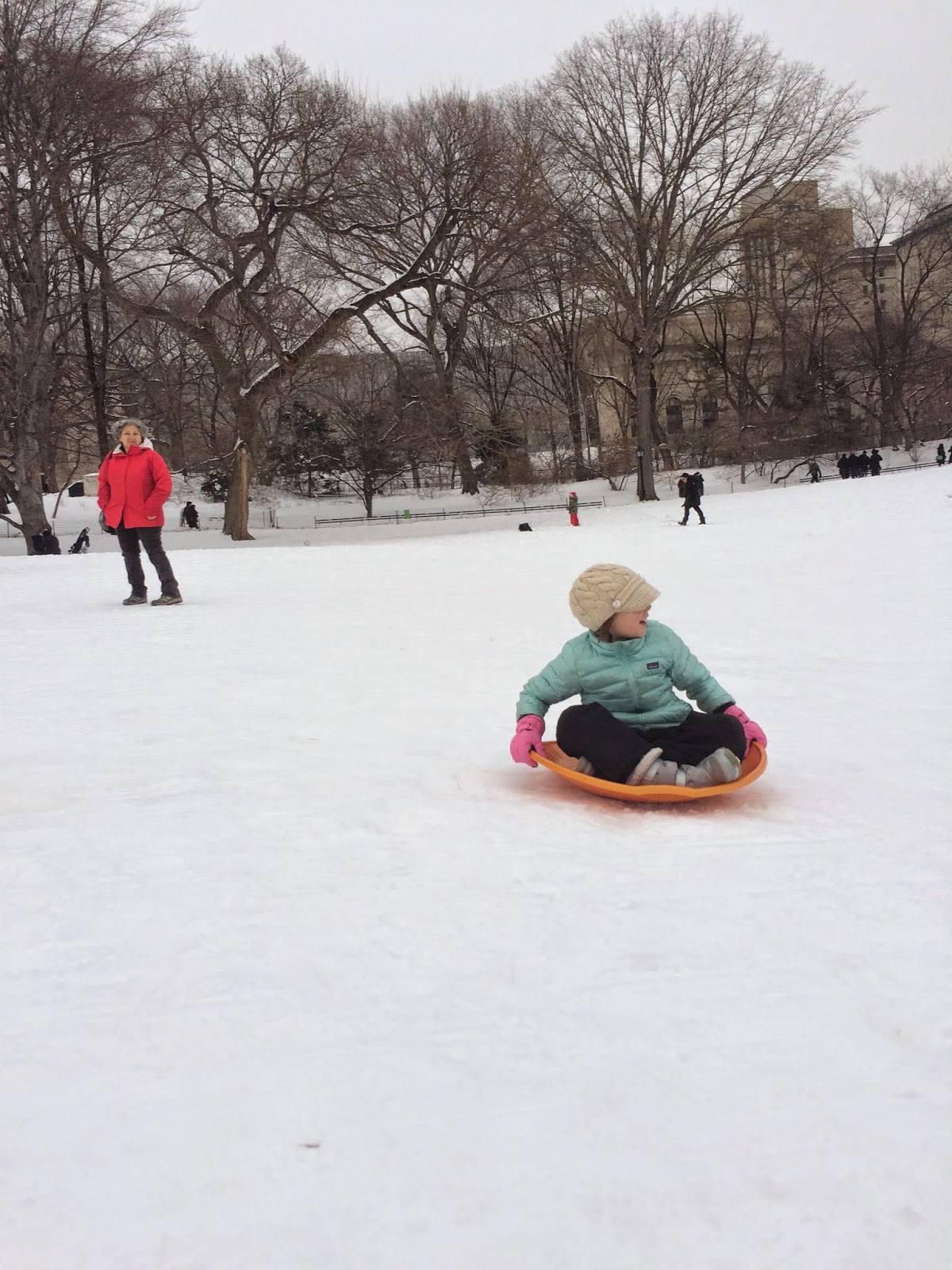 Two days ago was pretty cool, too.  The kids tried out their first book club.  The New York Historical Society has a monthly book club for children, selecting either historical fiction or non-fiction, moderated by two awesome teachers.  Often the author is there but sometimes it may be a curator from the museum.  The book this month was One Crazy Summer by Rita Williams Garcia. 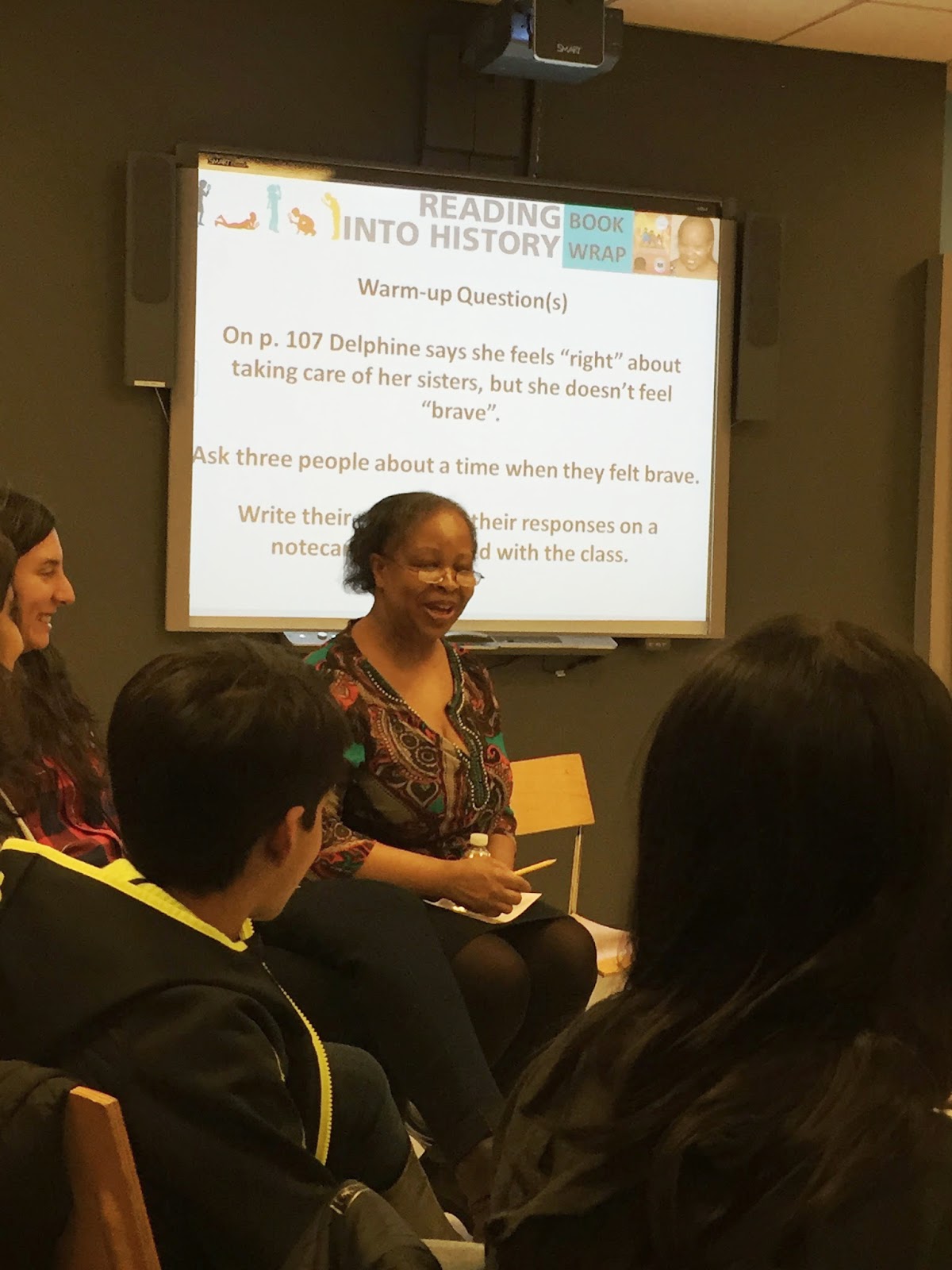 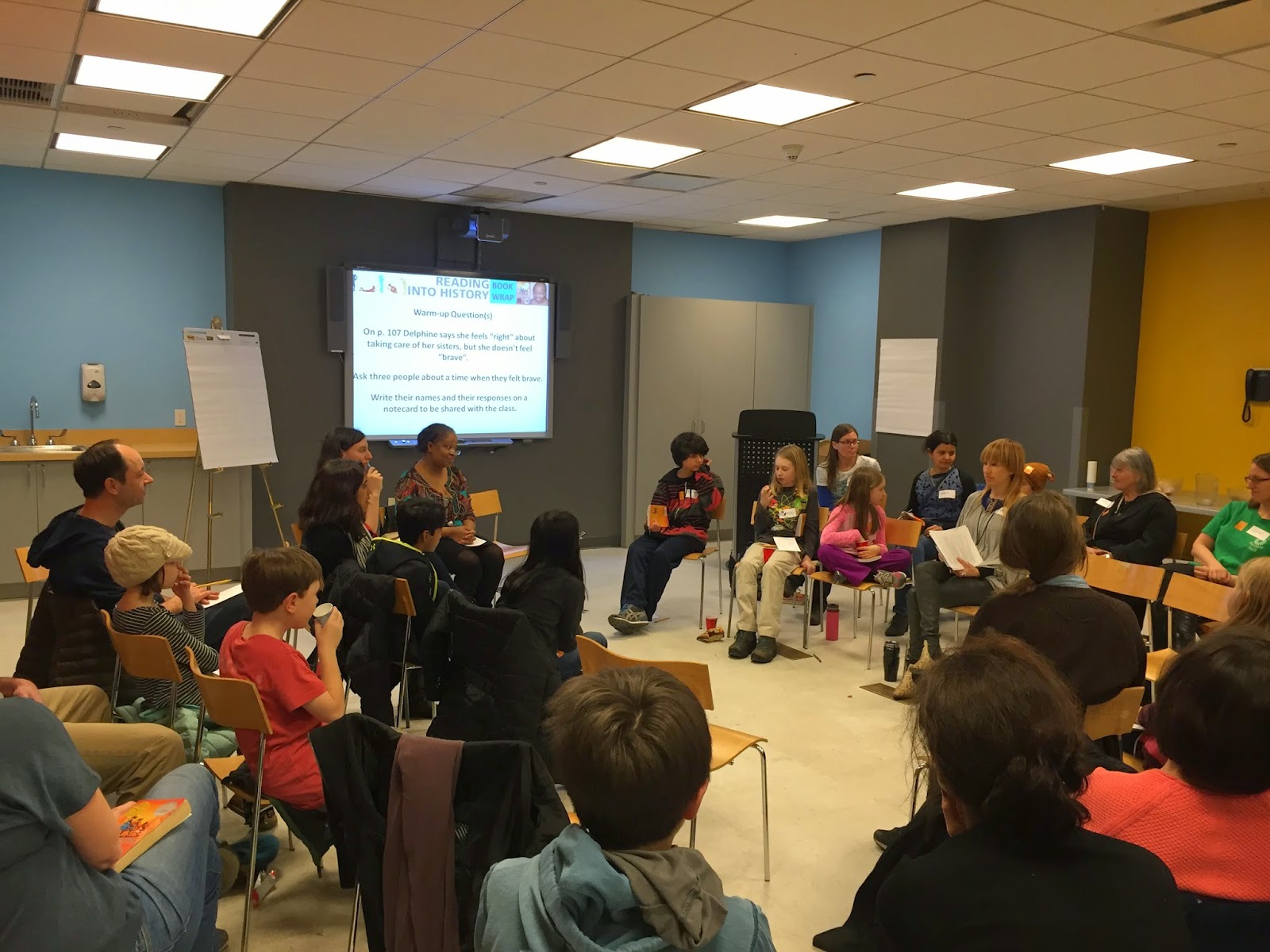 We all read it and just loved it.  The book is set in the 60s during the civil rights movement.  It follows three young sisters from Brooklyn as they travel to Oakland alone to find the mother that abandoned them.  It turns out she's joined the Black Panthers, so the reading really turned into a great lesson on the movement, about the difference between the Panthers' approach to fighting for equality and Martin Luther King's approach of non-violence.  It really helped pull together our studies this month of Dr. King, the Selma march, and Black History Month.  The moderators even combined the book club meeting with a tour of the Selma march photos upstairs.  Kevin and I were both so impressed with the kids who were there, so engaged and really thoughtful with their questions and responses.  The author practically had tears in her eyes listening to them.  She seemed pretty blown away to see how her award-winning book reached such young readers.  Ms. Garcia is now a favorite author of Ella's and we've already picked up the second book in the series. 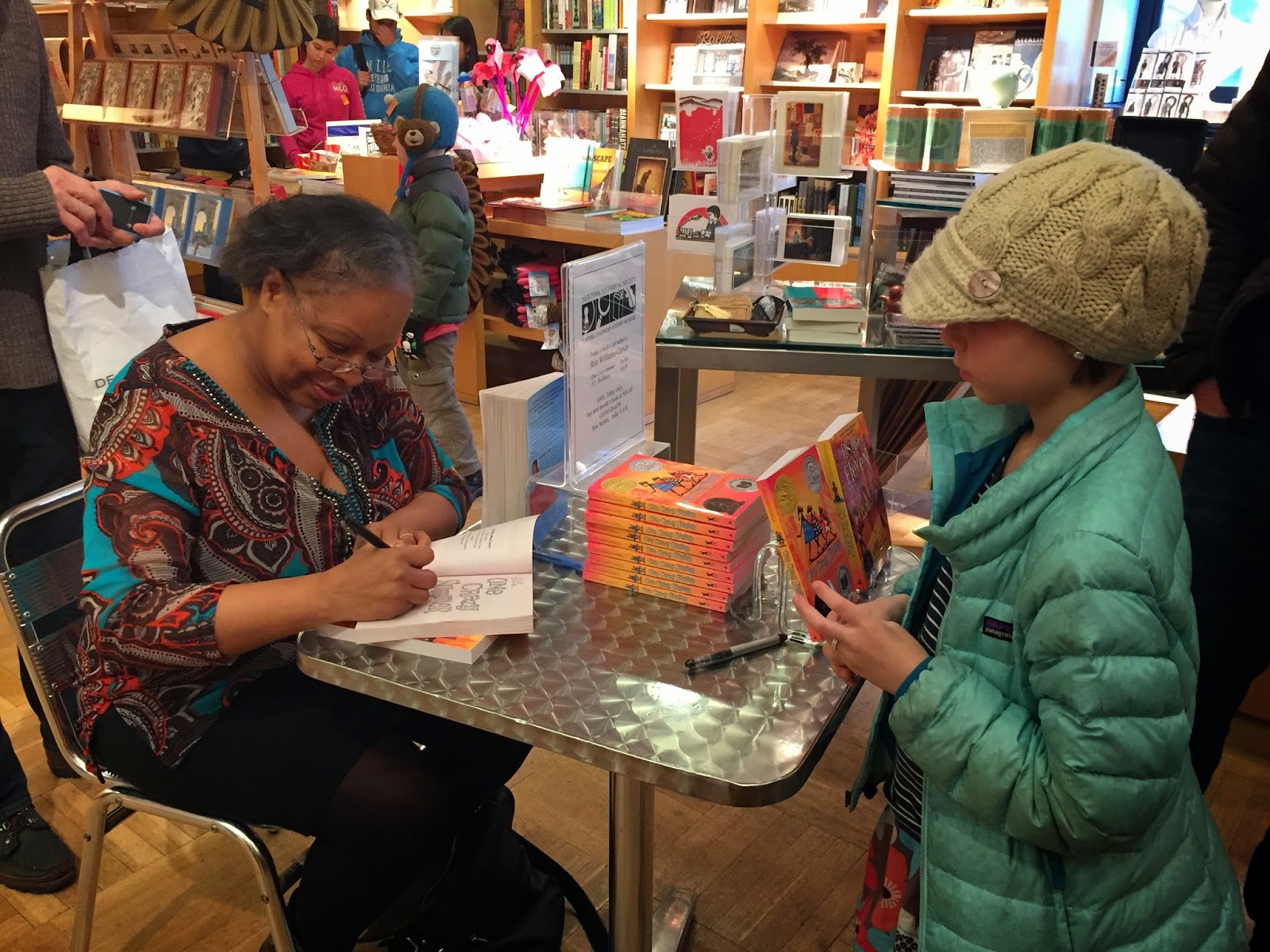