Yesterday morning I was thinking that I wouldn't even post this week since it had been such a dull week with nothing to report.  And then Thursday happened.

Emails starting swirling in the homeschool community in the morning saying that the Department of Education had cancelled all field trips today due to the snow and that there would be hundreds of empty seats at the Lincoln Center for the New York Philharmonic's Children's concert at noon.  Anyone who showed up would be let in for free, no reservations required.  So of course, we put on some layers and headed to the subway. 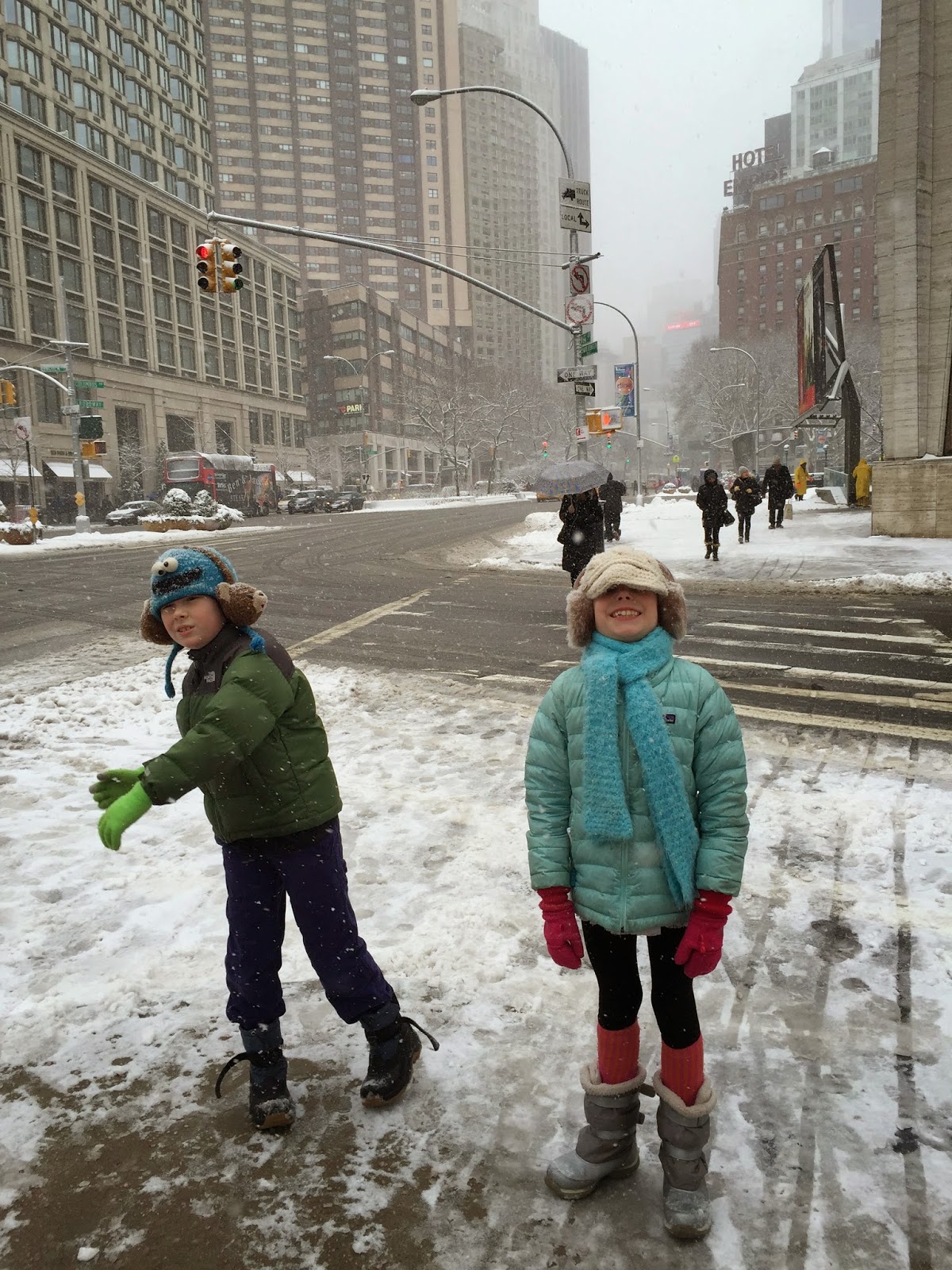 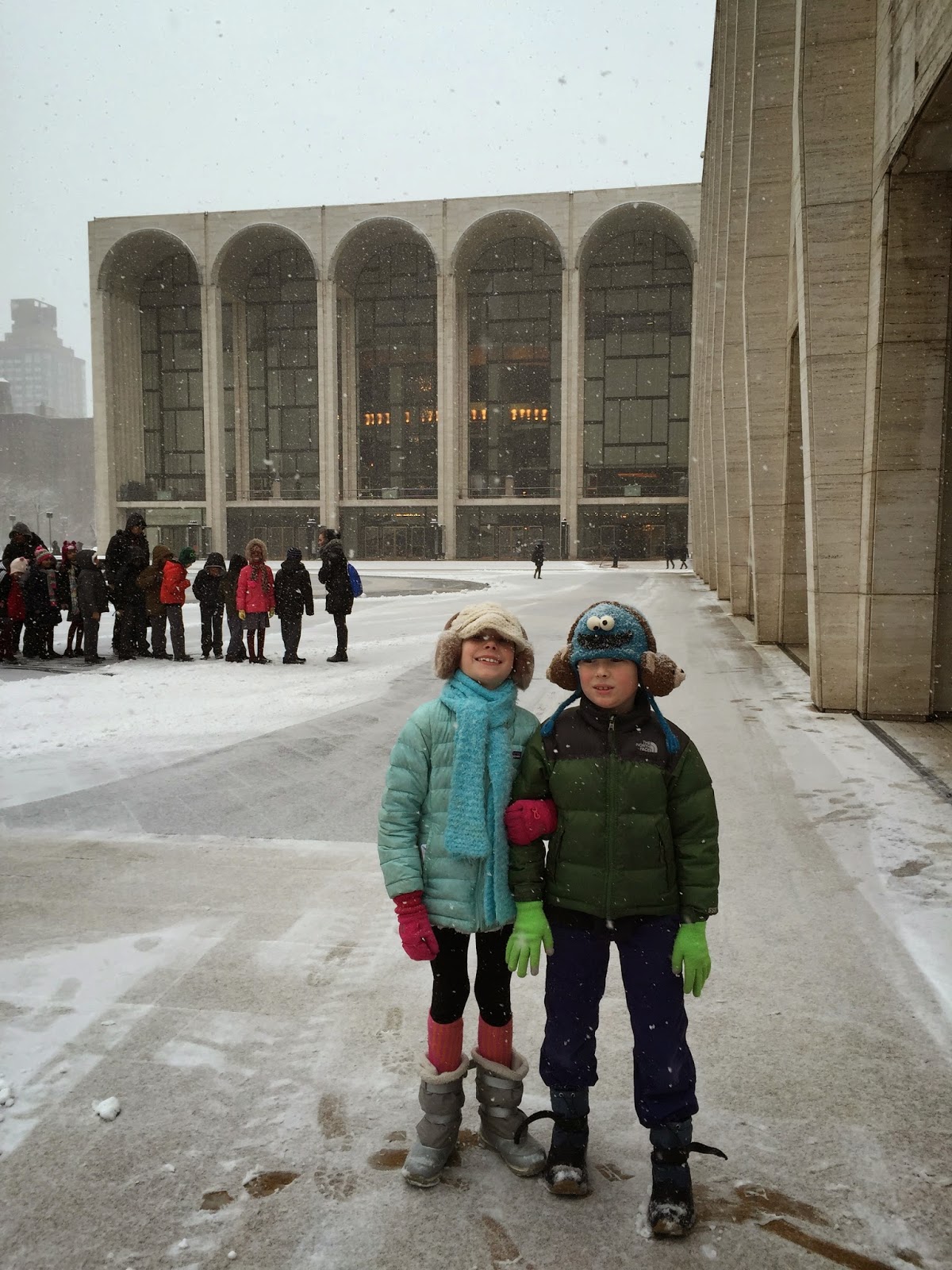 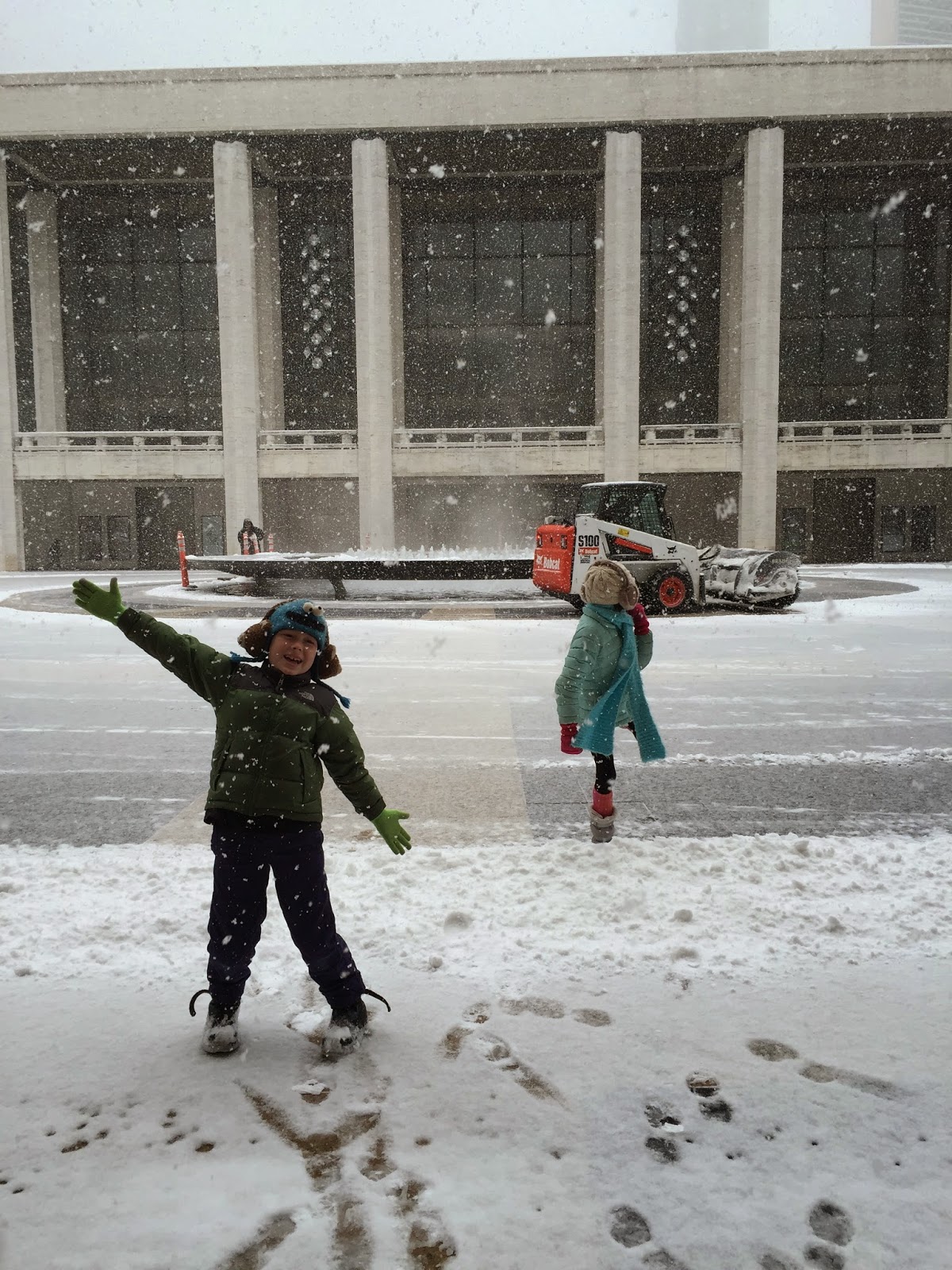 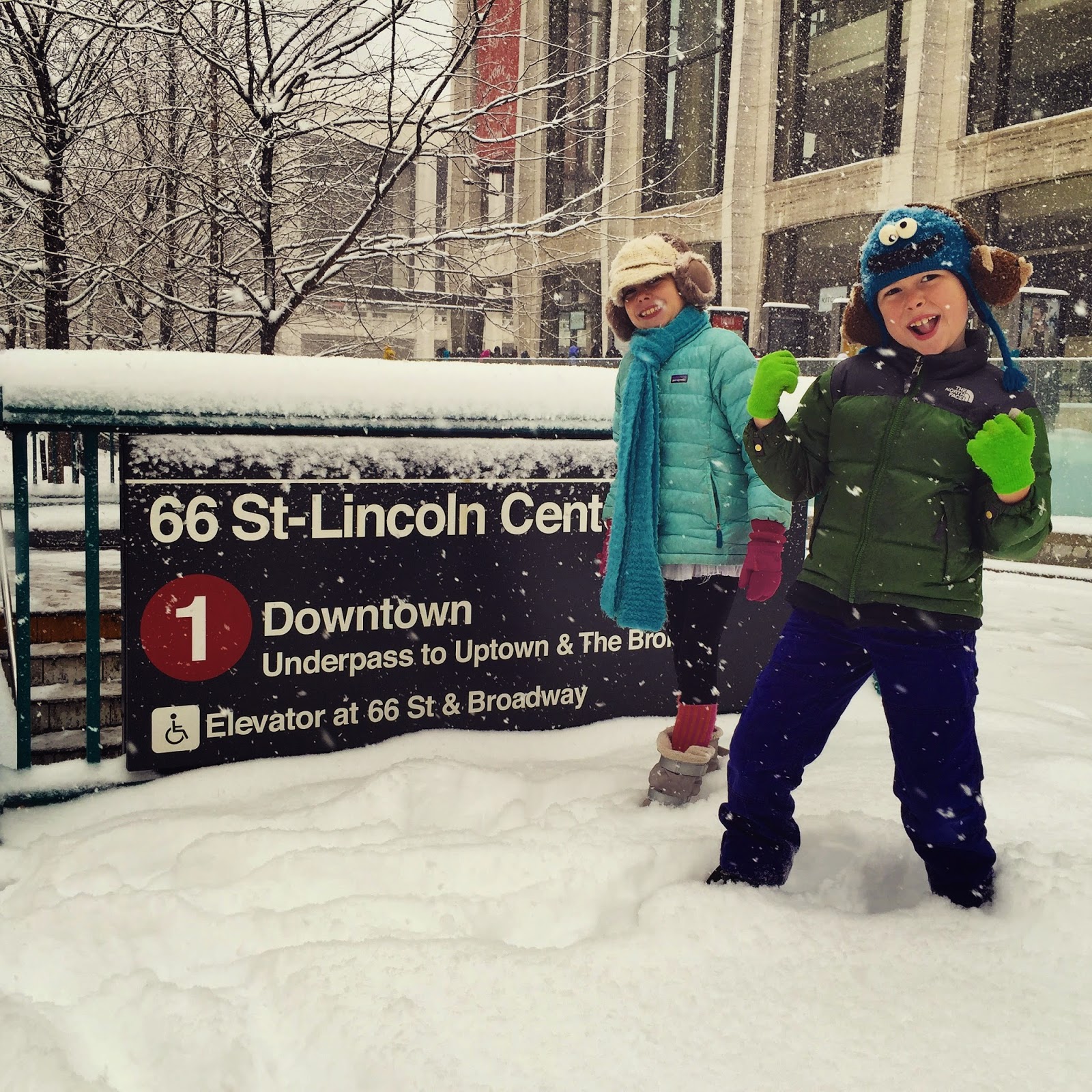 The theme of the show was Mendelssohn's A Midsummer Night's Dream.  It was geared to kids and the host explained the difference between the fairy music (minor keys) and human music (major keys), which the kids loved since they're learning about major and minor keys right now with Kevin.  There was a children's chorus on stage, opera singers, actors playing parts of the Shakespeare play, and the best part was the Very Young Composers Program.  Three children in the program (ages 10, 11, and 12) had their original pieces played by the New York Philharmonic.  How proud are those parents?? 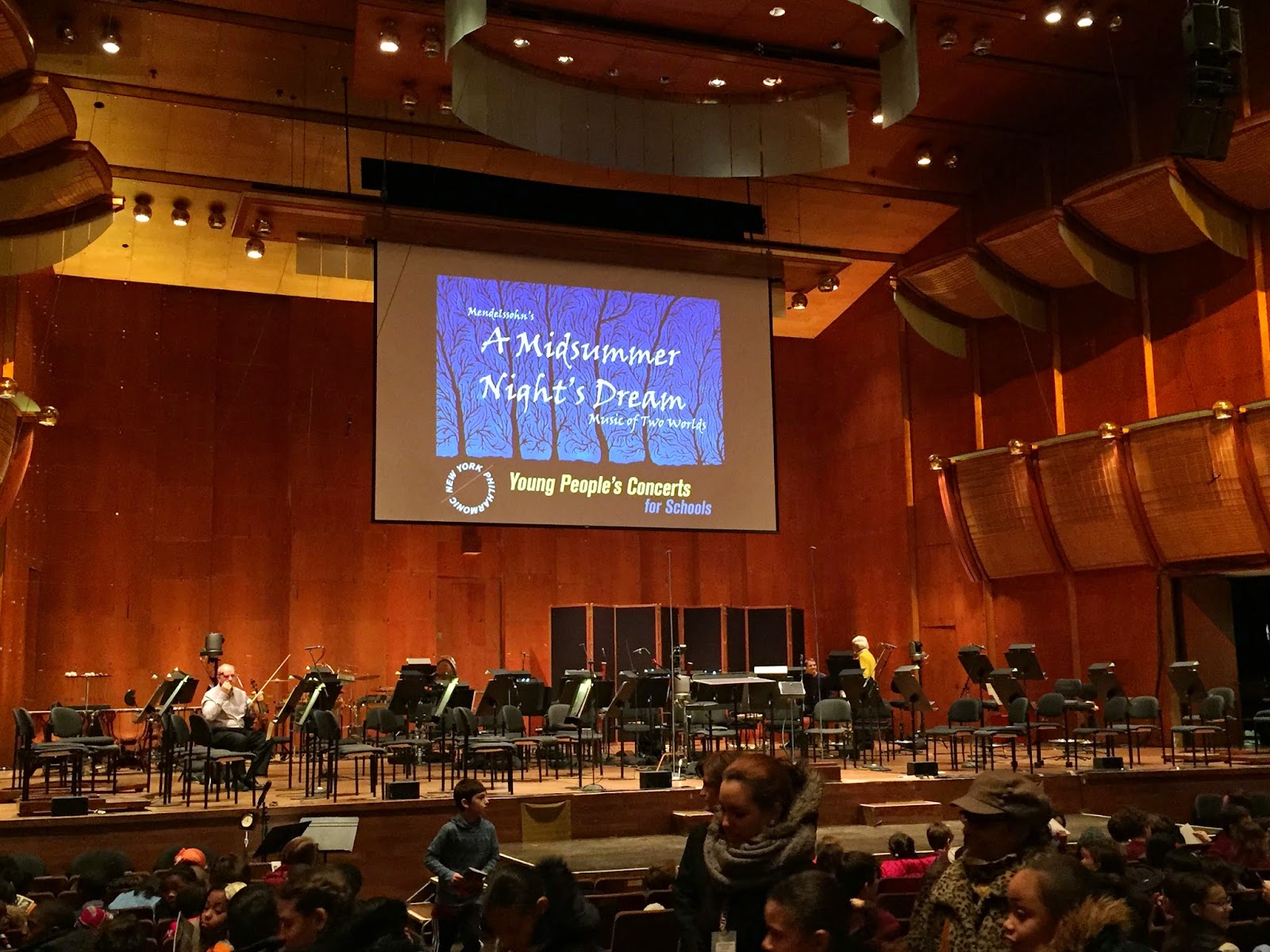 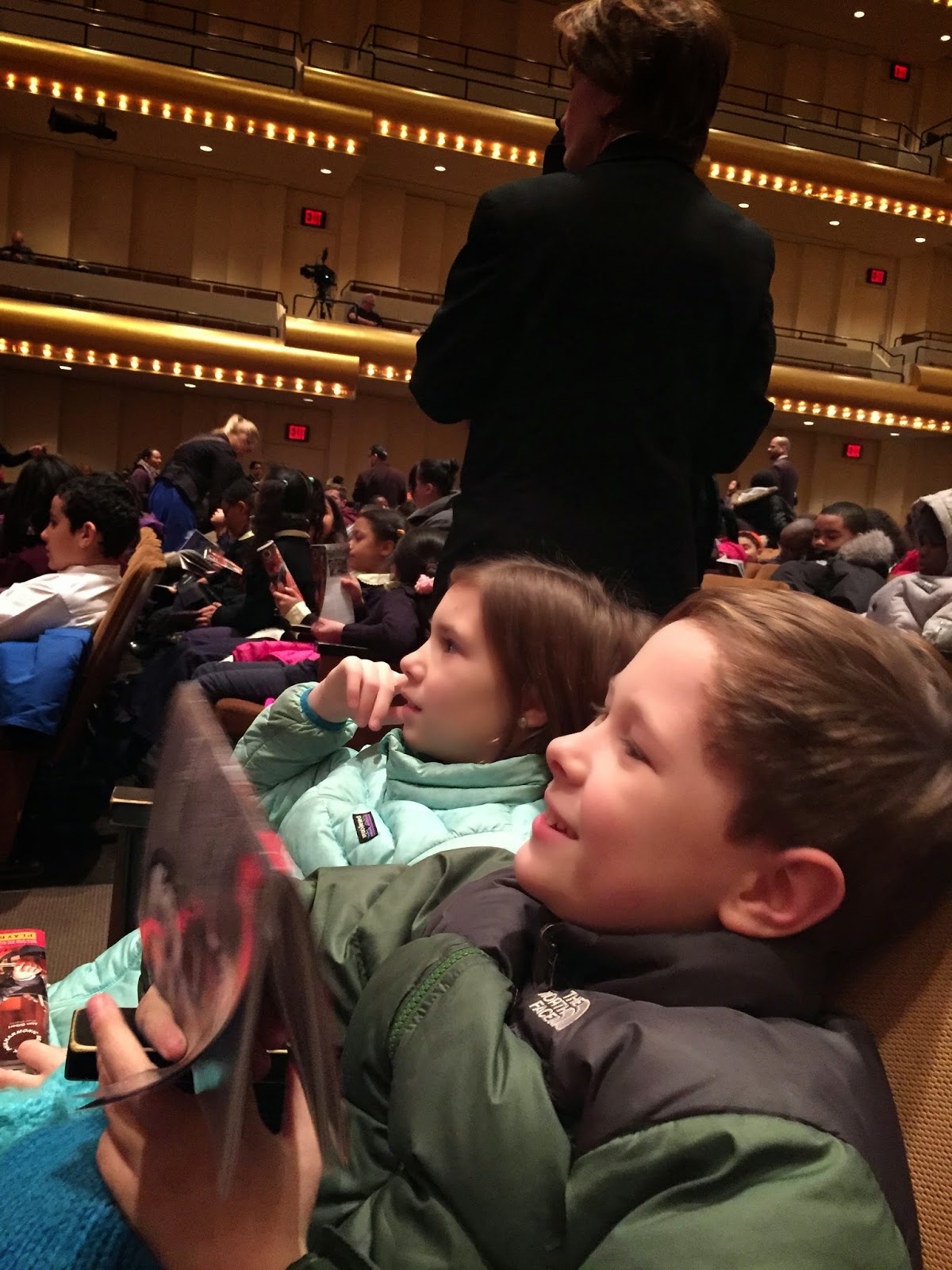 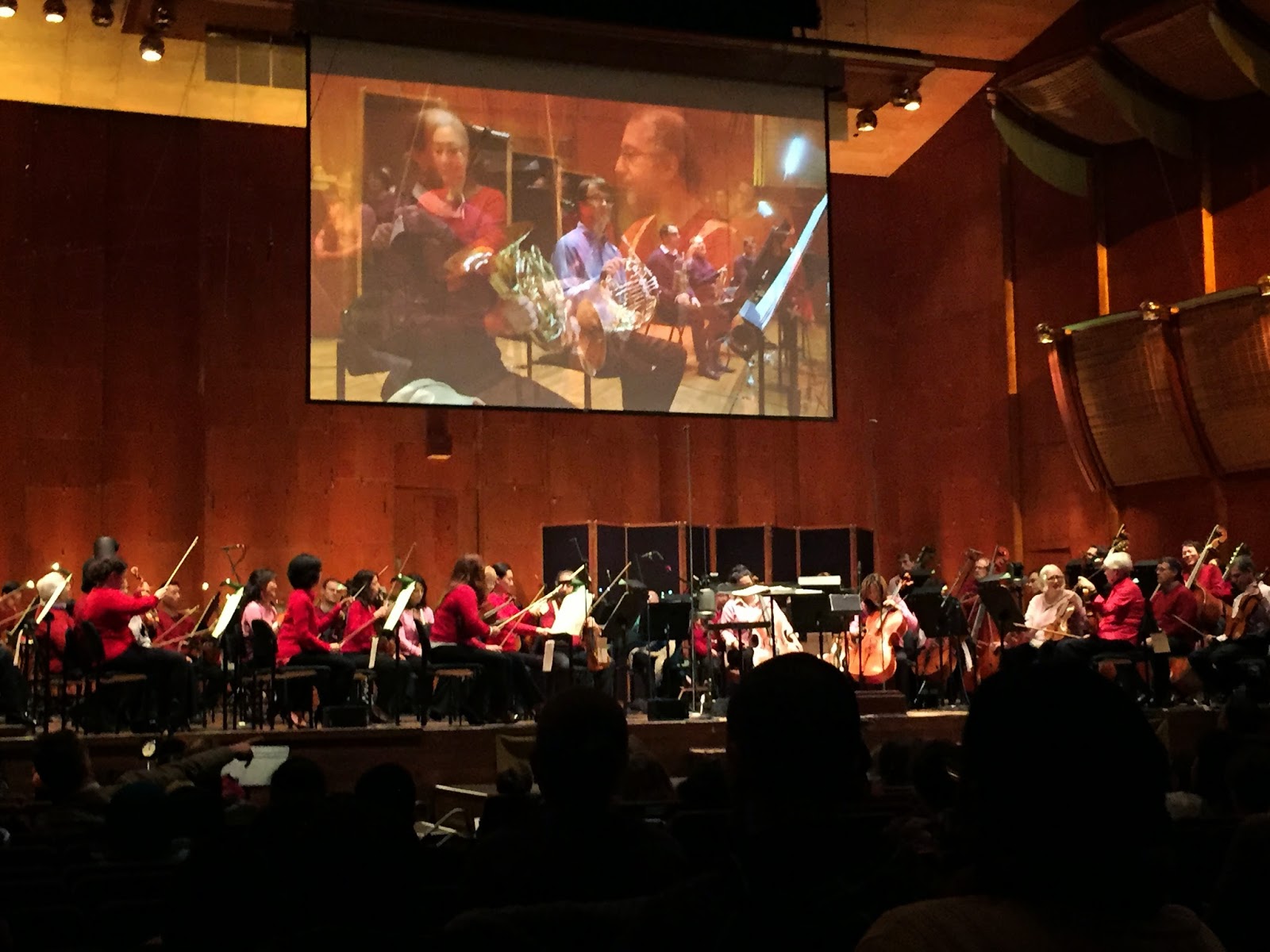 We did head home after to finish up schoolwork, but then ended our day way down in the Lower East Side of town.  Snowstorms don't slow us down. 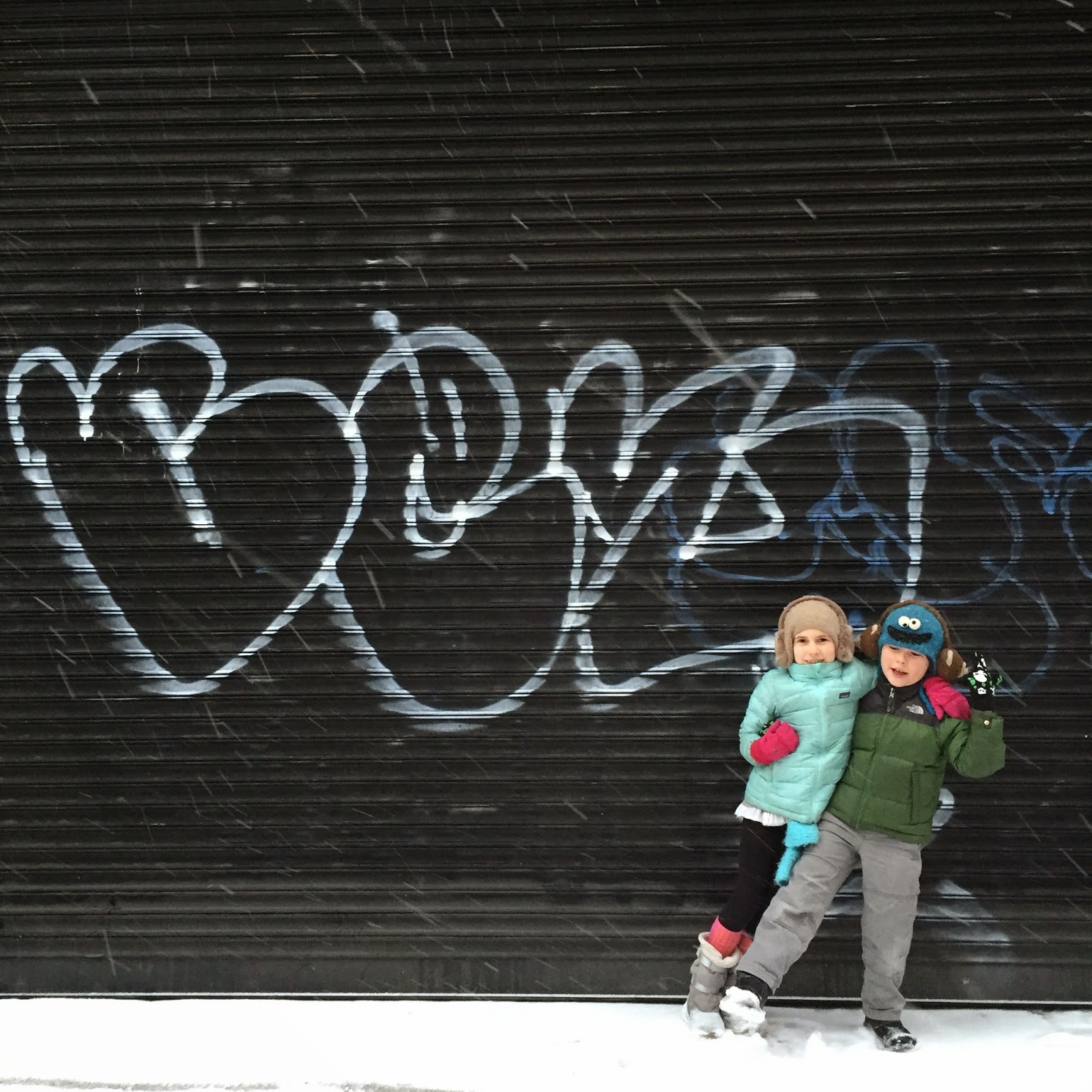 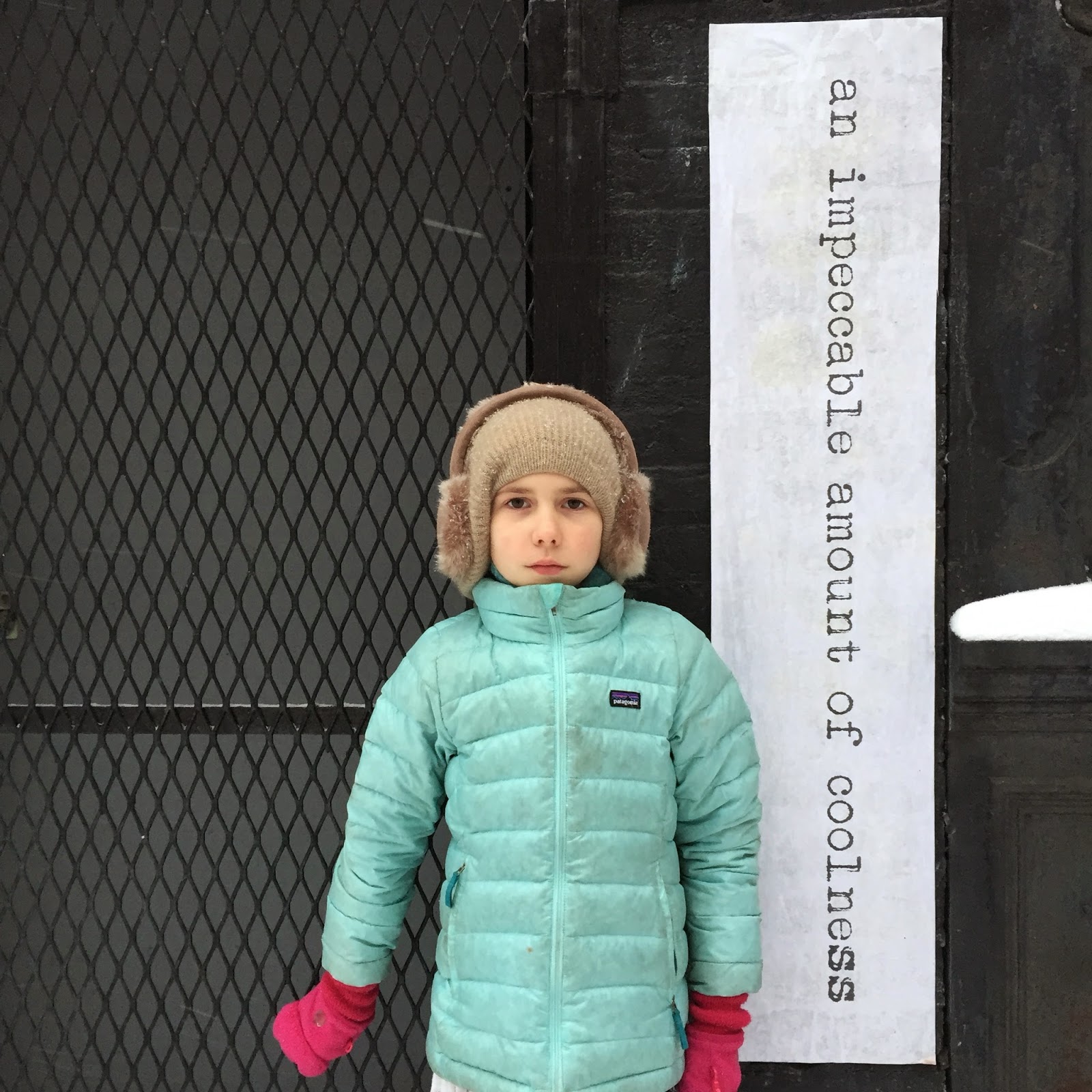 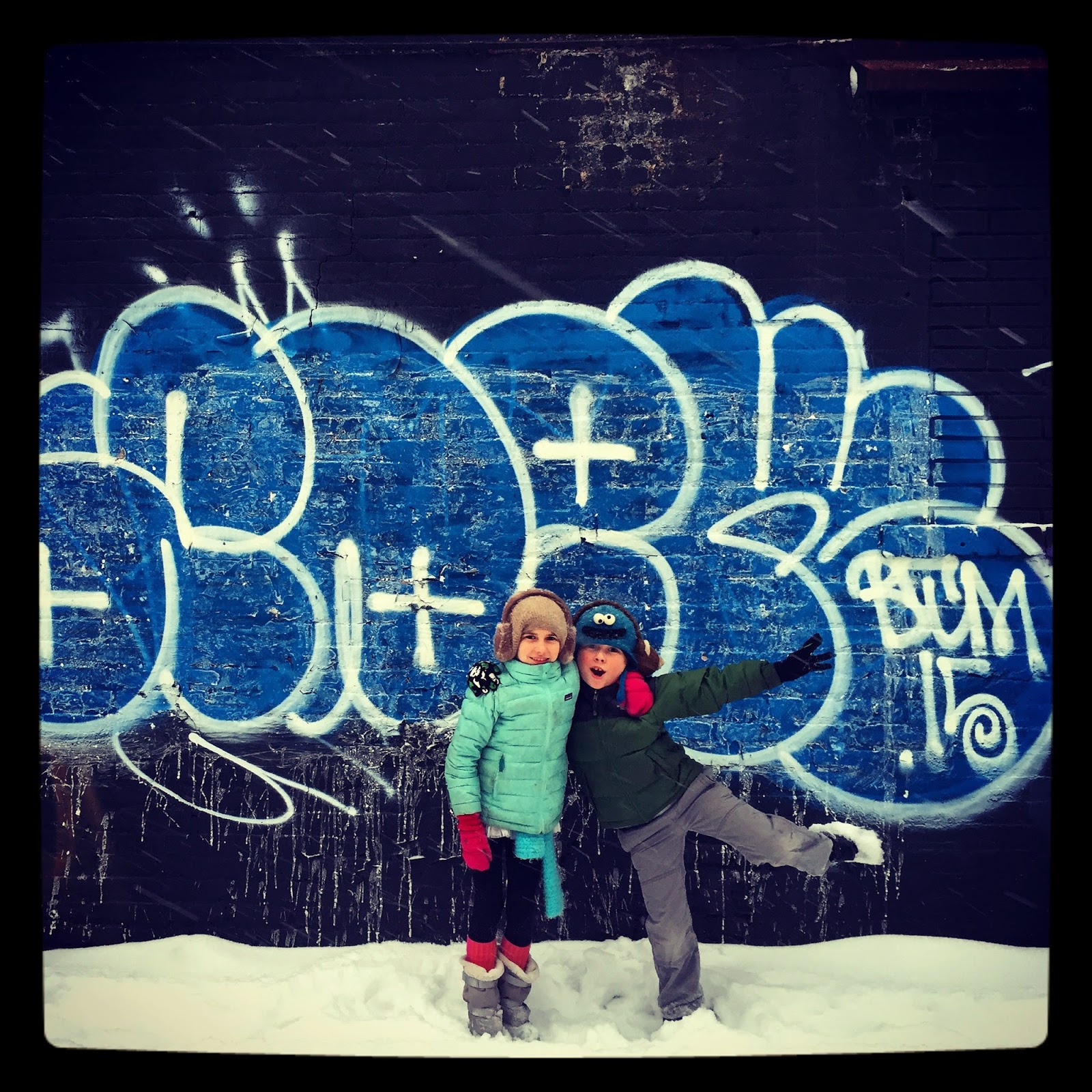 We were there to check out the new cat cafe, Meow Parlour.  Yes, cat cafe.  With a dad who is allergic, we need to pay money to sit in a cafe to get our feline fix. 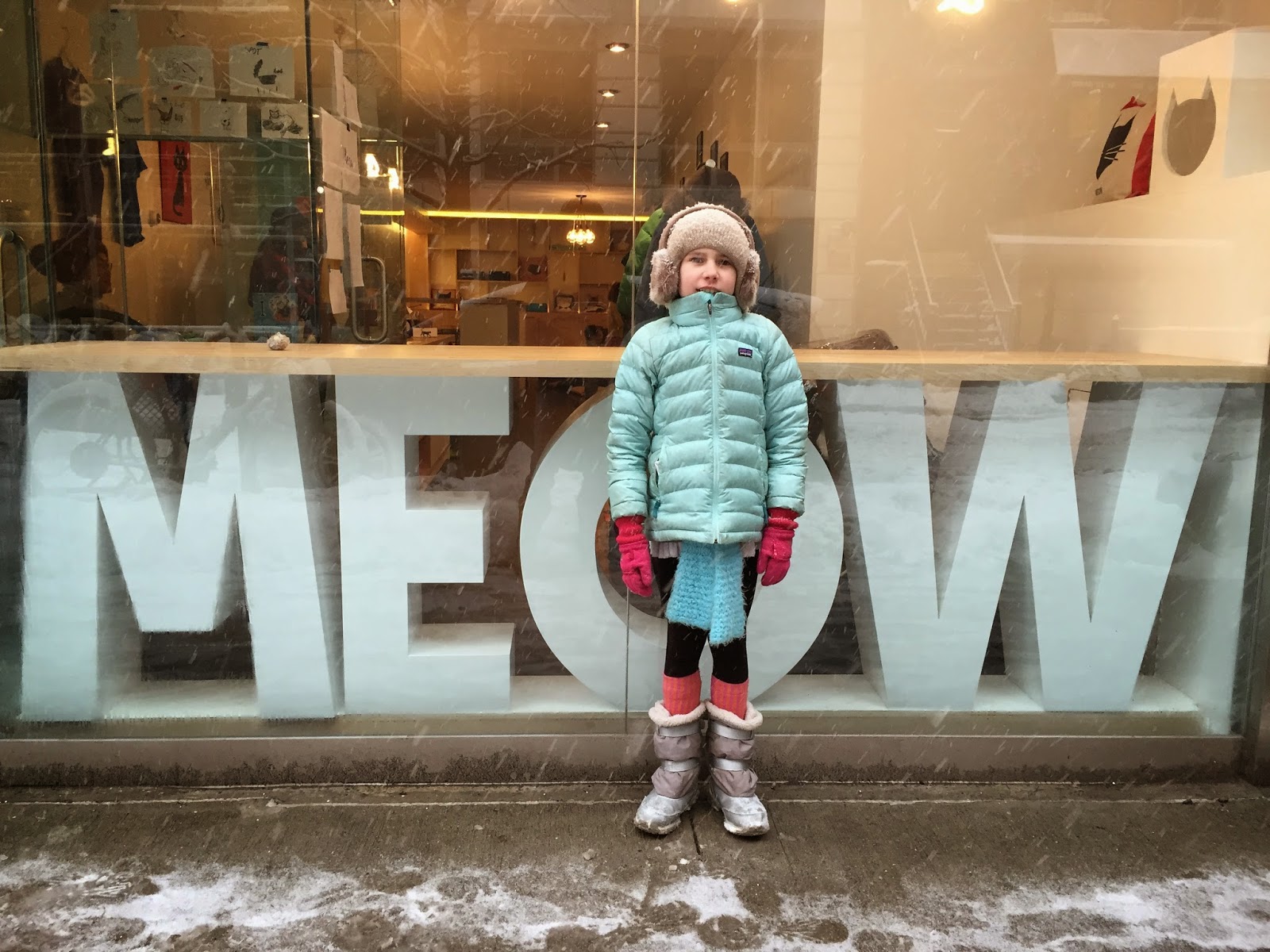 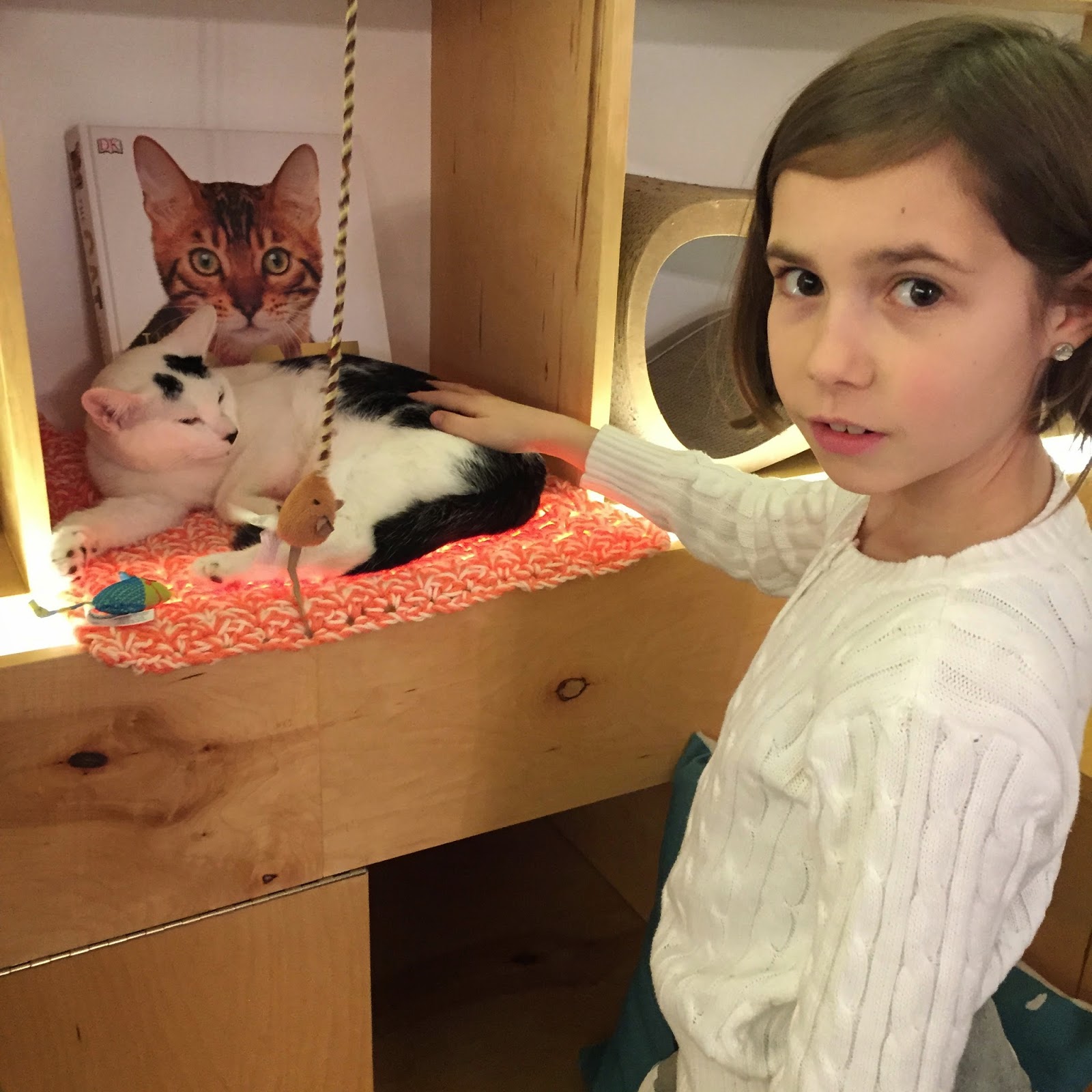 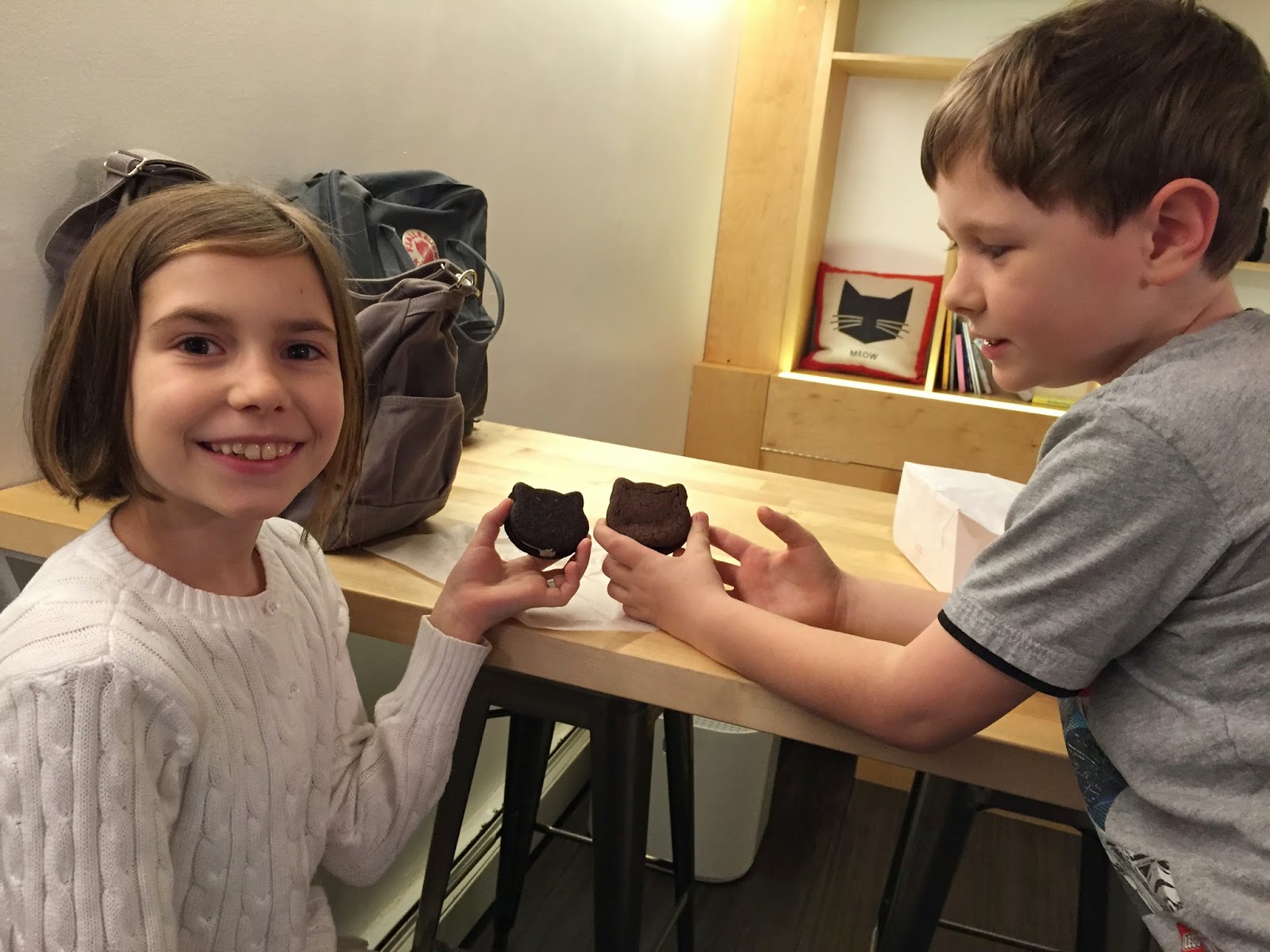 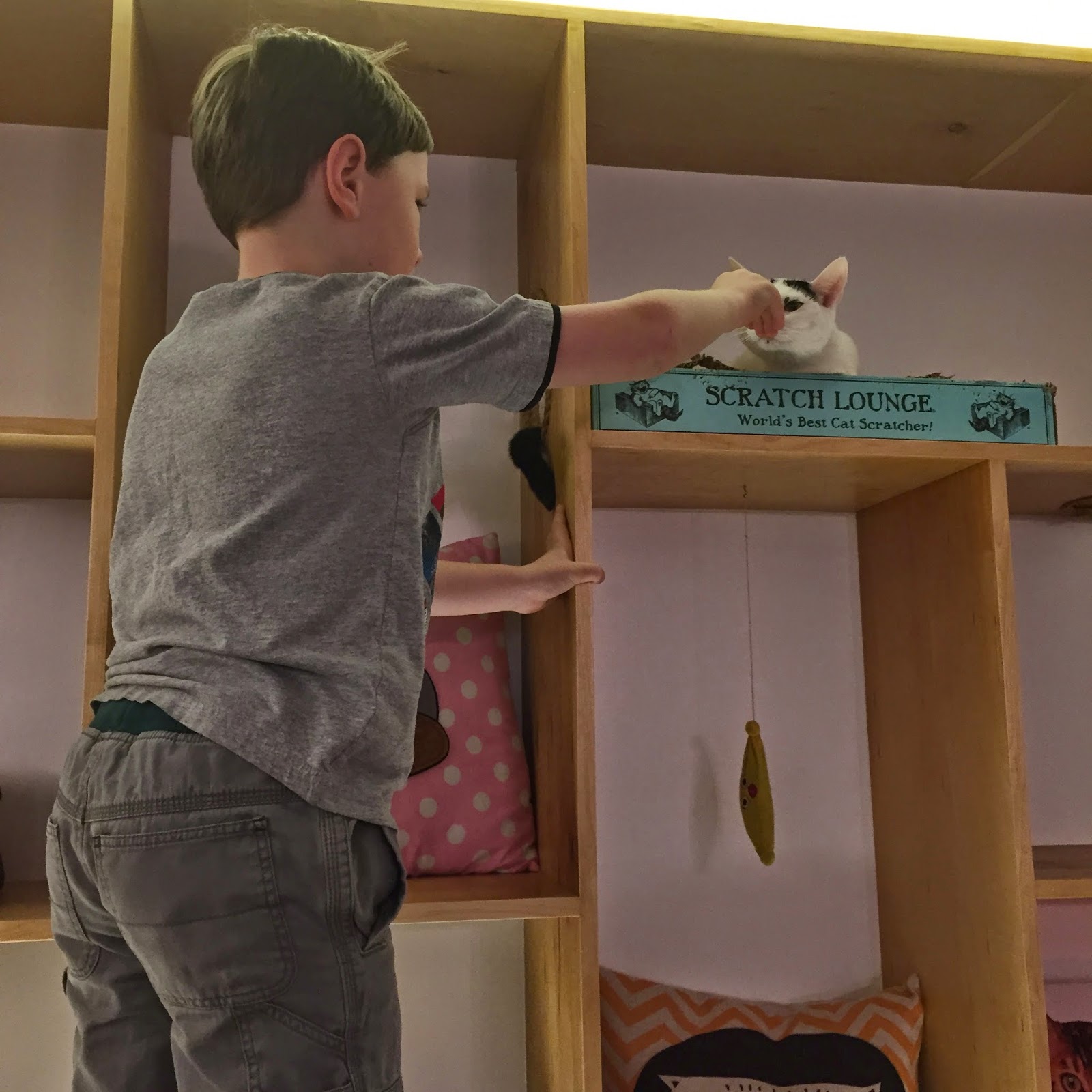 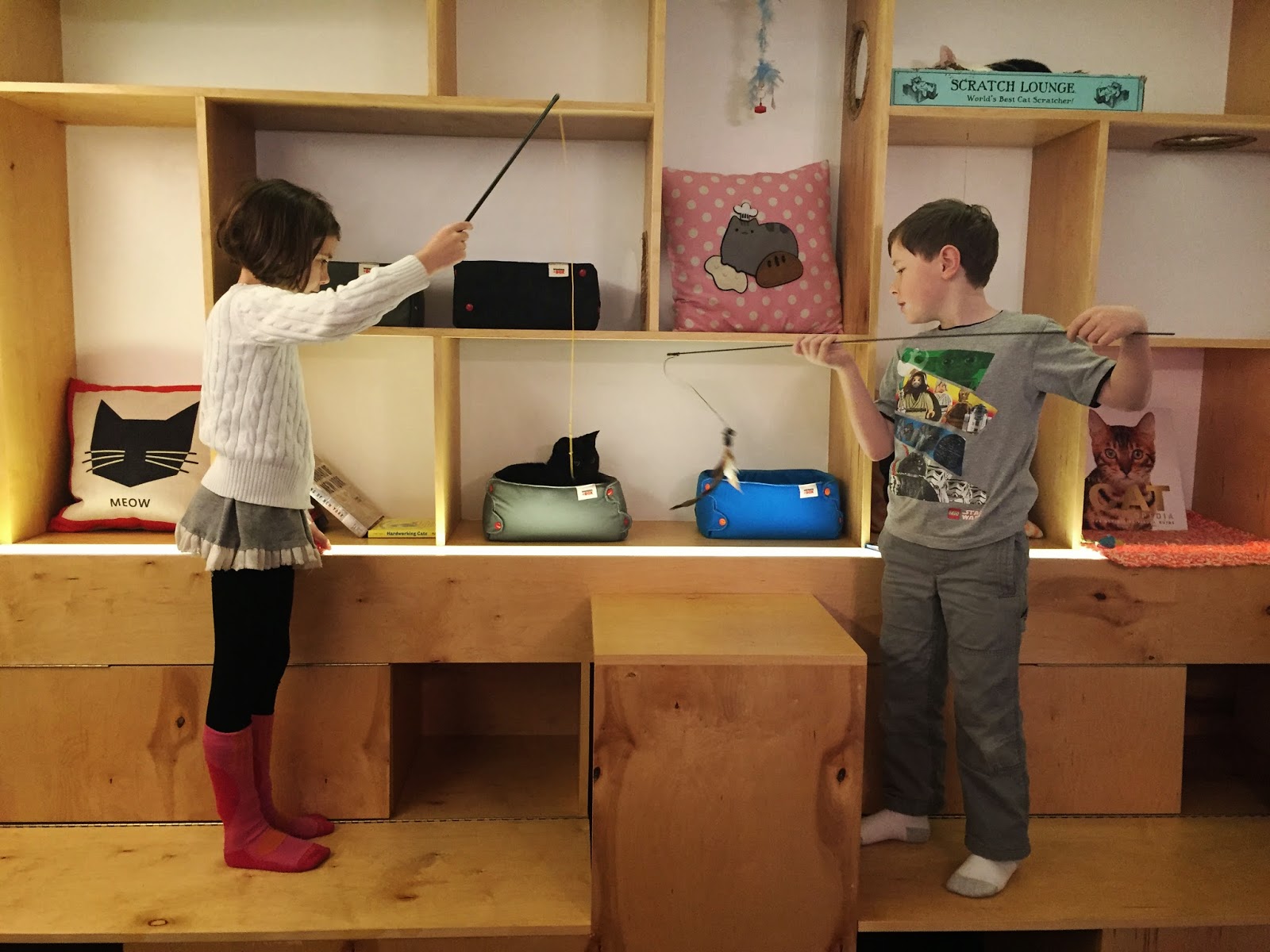 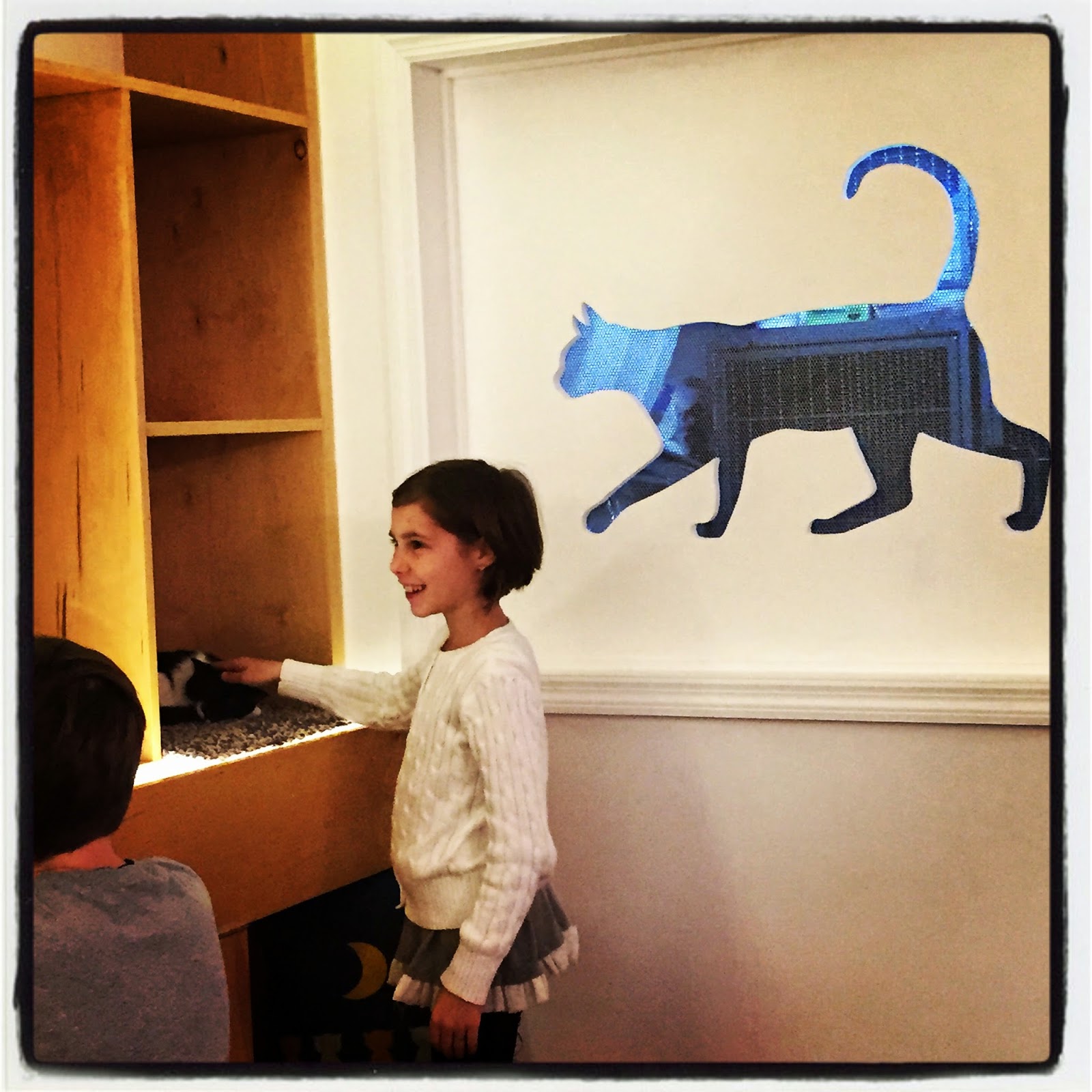