Technically, it was a long weekend.  But with below zero temperatures (seriously, my first time experiencing that) we made a family decision - truth be told, I made an executive decision and then convinced my students it was their idea - to keep schooling through the holiday.  If we can catch up on schoolwork while the weather is nasty, then we'll have more time once the weather warms up to end school early.  They liked my logic.

So Saturday Kevin got to play teacher and worked with them on history and science while I prepared for the week's lessons.  In the afternoon we finally braved the cold and made our way to Lincoln Center to watch the documentary Ballet 422 about a dancer in the New York City Ballet who choreographs his first ballet at 25 years-old.  Even Holden said, "That was really good!".  Plus, it was pretty cool to see it in the same center as where the entire movie takes place, seeing rooms we've actually been in.

On Sunday we were offered the free use of a friend's car.  We weren't going to turn down an opportunity to get out of the city and explore so I pulled up my Pinterest board where I keep my list of places to go and we basically threw a dart.  We picked West Point, an hour's drive north up the west side of the Hudson River.

Kevin was disappointed that the tour of the Military Academy basically kept us in a bus the entire time and just drove us around the campus.  We weren't able to walk into any buildings for security reasons, I assume.  But frankly, the rest of the people on the tour, myself included, were just fine staying warm and toasty on a heated bus. 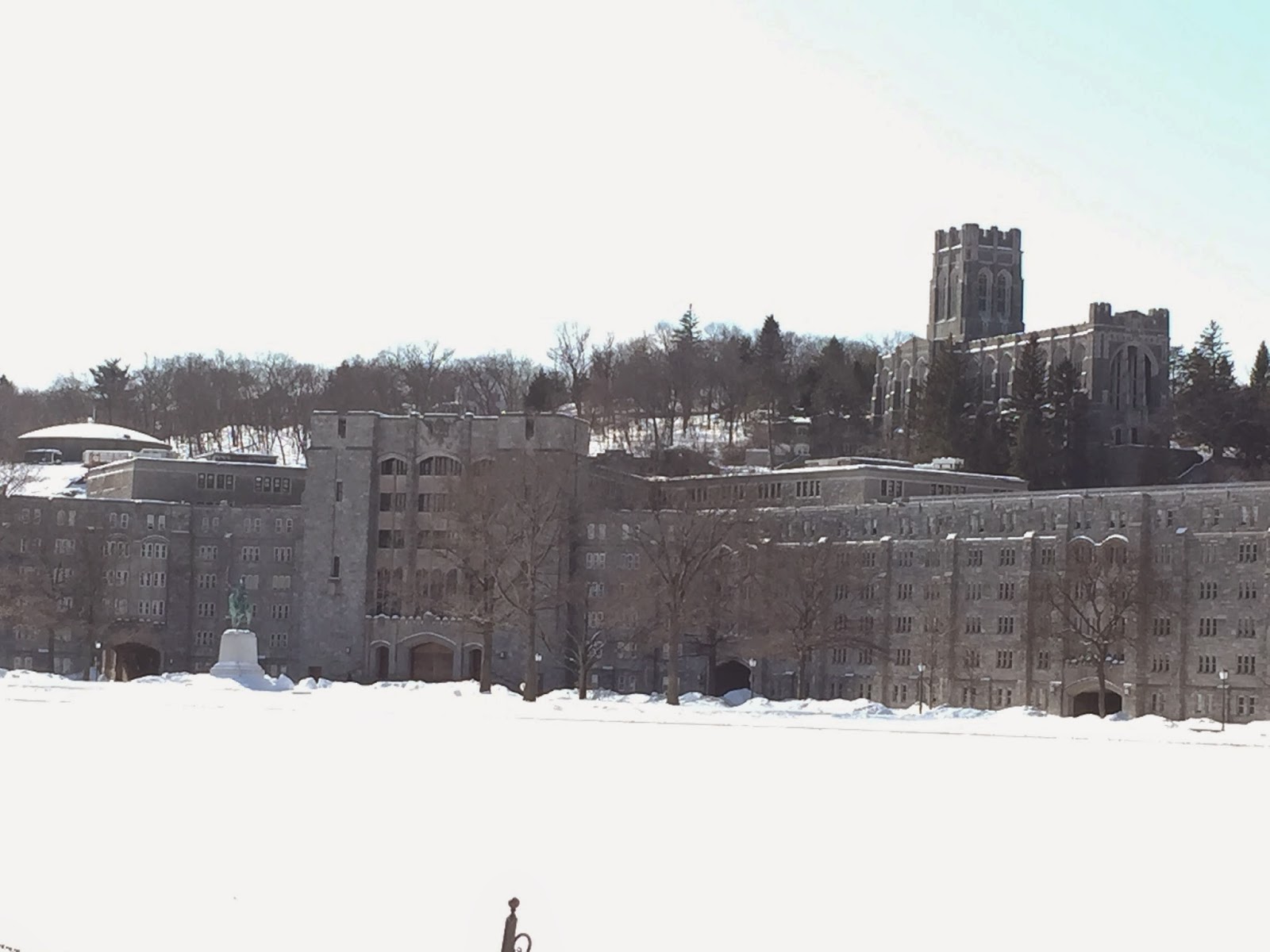 Afterwards we spent a couple hours wandering through the largest military museum in the U.S.  If you were really a military buff, this would be heaven for you.  Luckily, they had a scavenger hunt for the kids which kept us all interested and occupied. 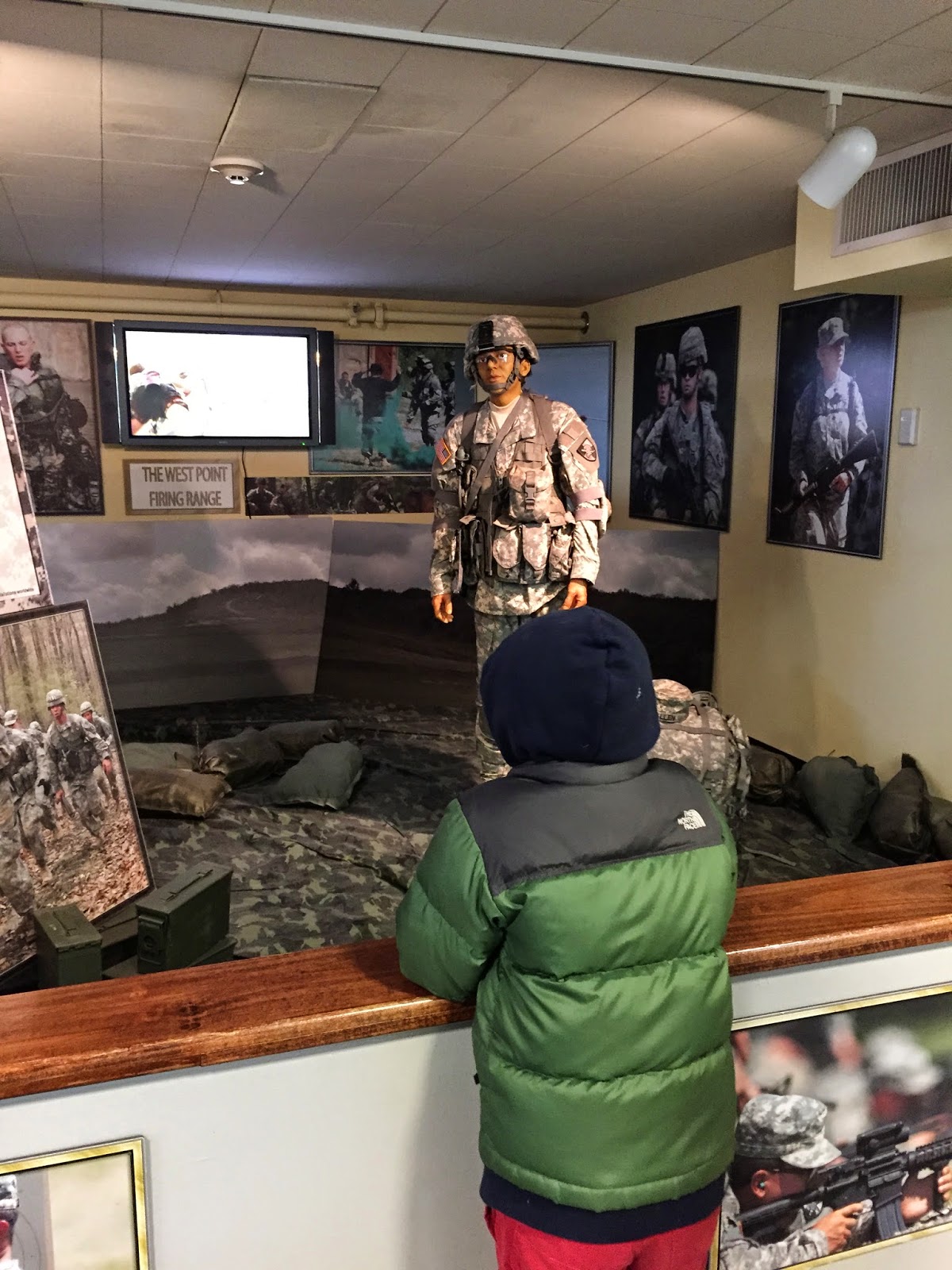 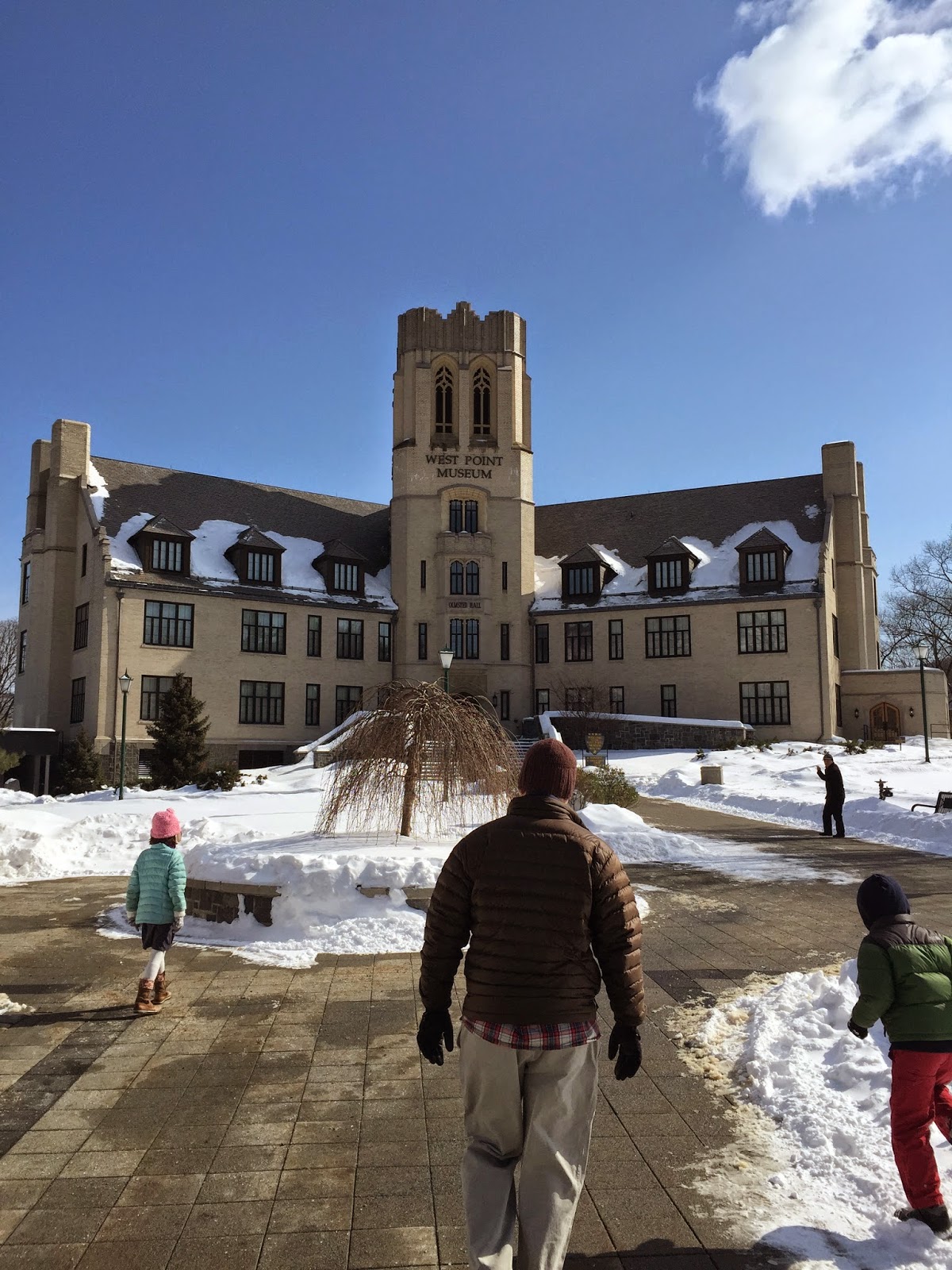 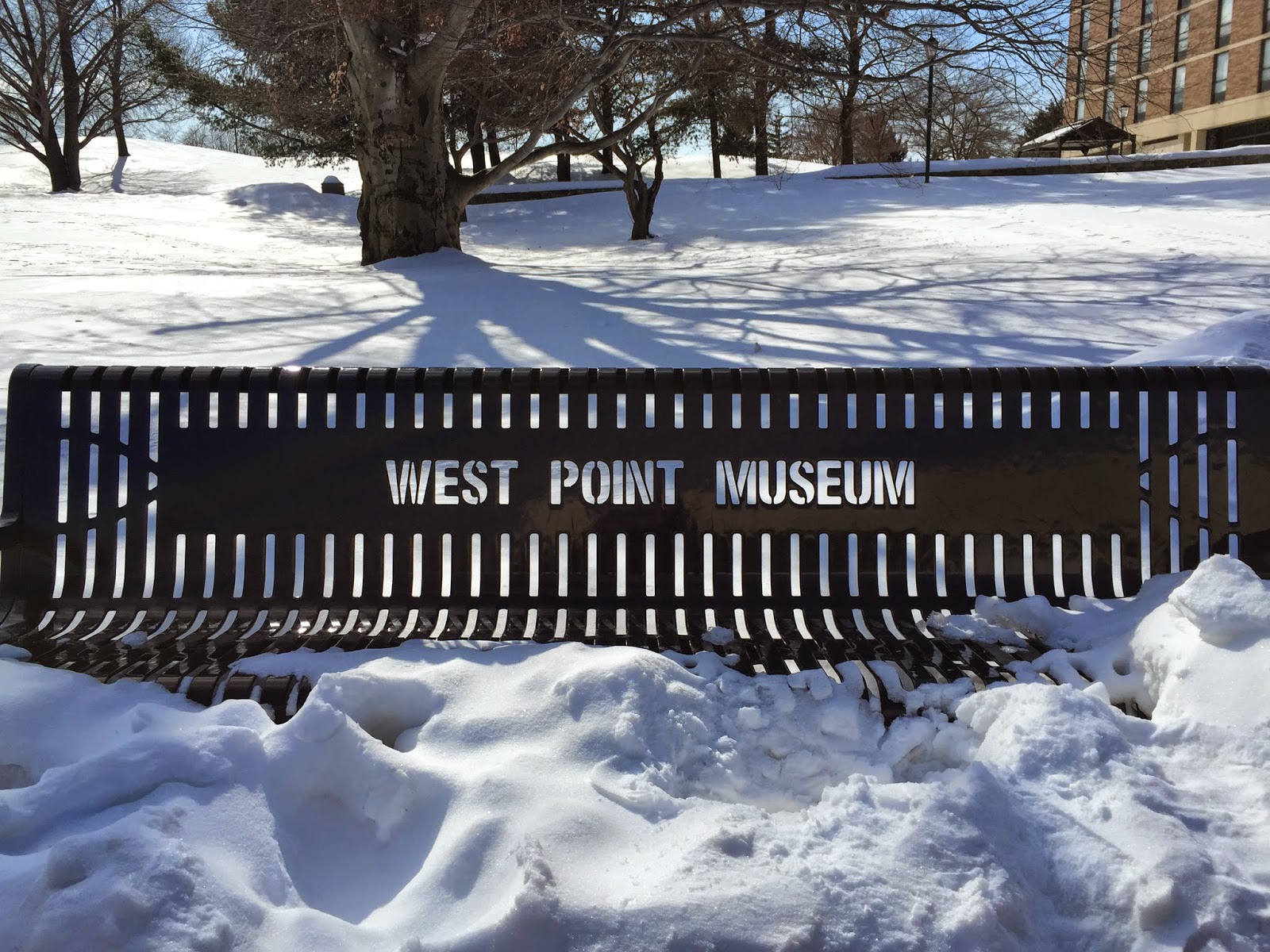 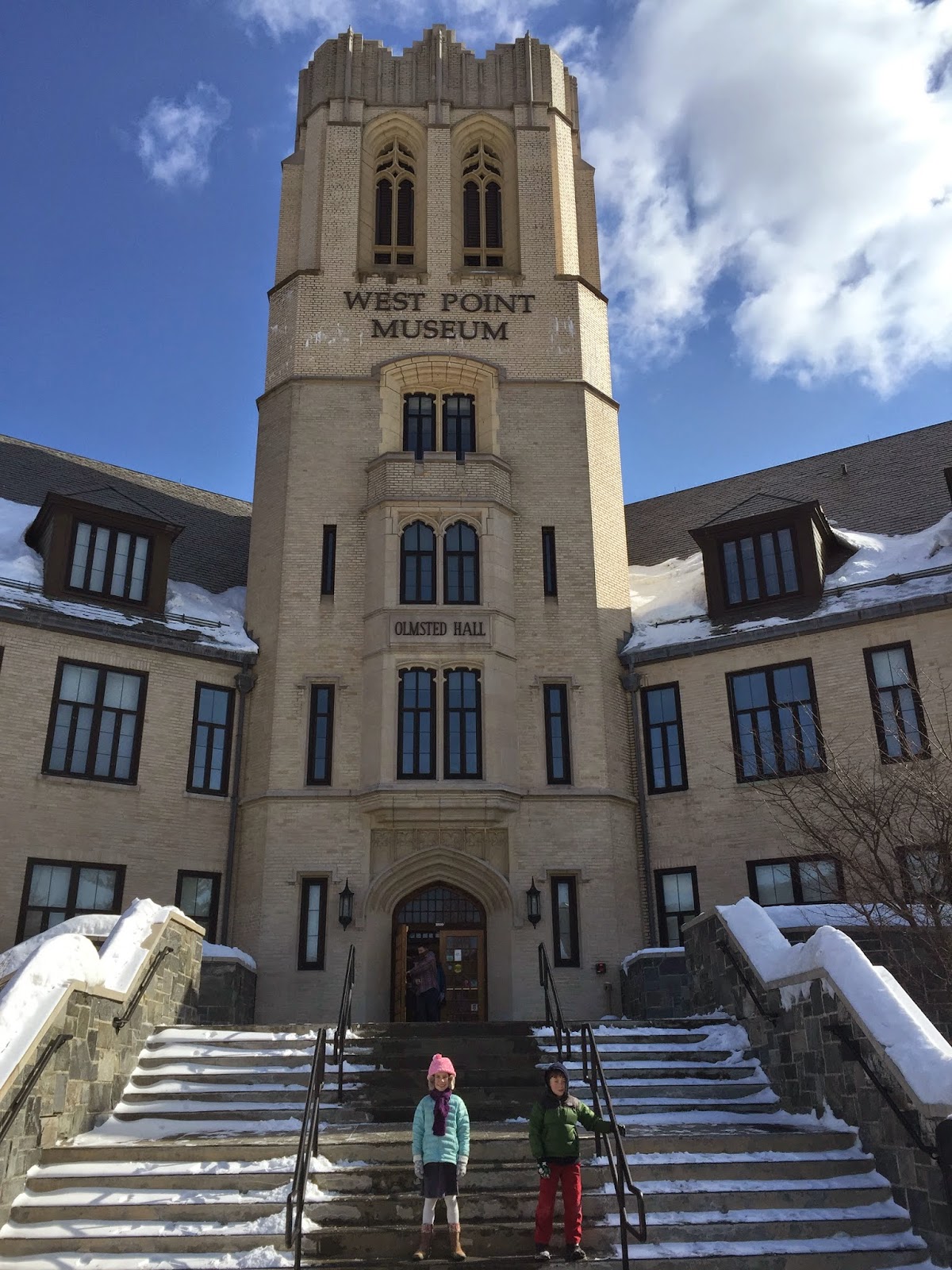 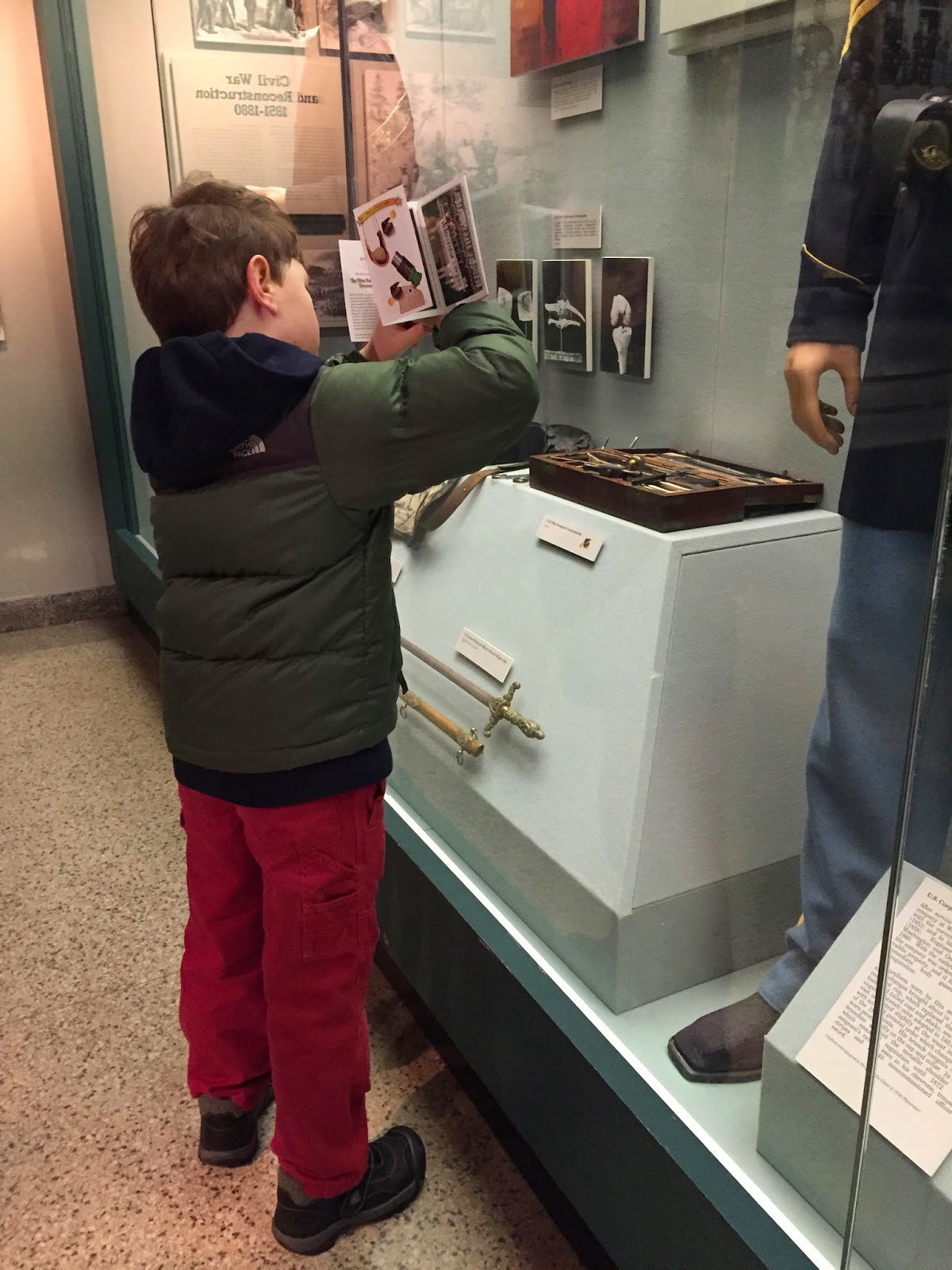 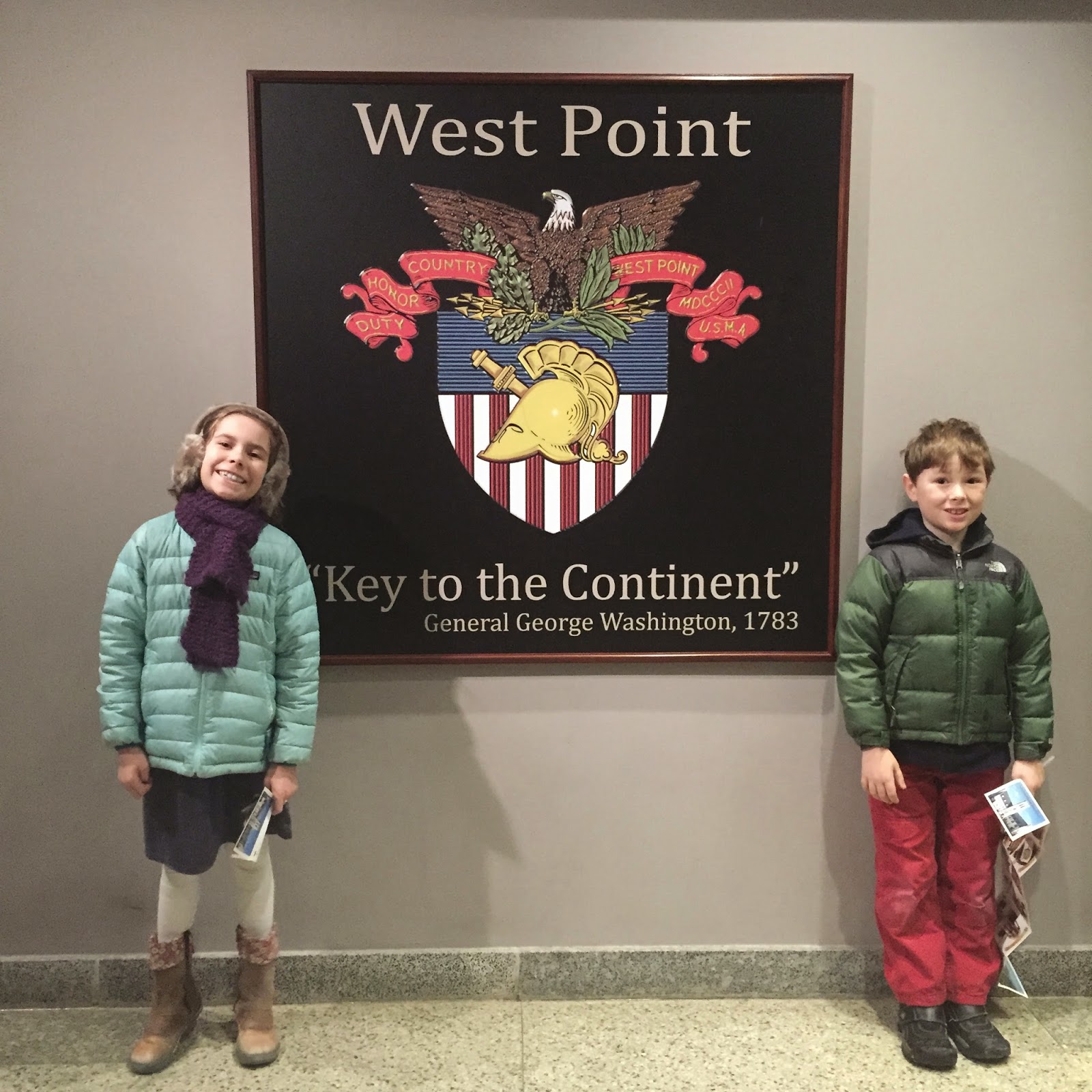 All in all, it was a great and educational way to spend a day out of the city.

This week is mid-winter break for public schools but again, our minds are on June and sunshine and wanting to have short days, so we're plowing through.  Ella is taking a week-long Essay Writing Workshop at Writopia which she is surprisingly really excited about.  She and Holden love their weekly creative writing class there, but structured essay writing is a struggle for Ella.  Mostly, it's a struggle for Ella and me.  It's easy for me to tell her when she gets a math problem wrong, it's not subjective, it's either right or wrong.  But when I try to give her feedback on her writing it inevitably ends up with Ella stomping off in tears.  So I thought having another teacher (a real writer) work with her would be easier on her us.  One day in and so far, so good.
Posted by Gretchen at 8:29 AM