I've told you that the most difficult part of homeschooling so far has not been one of the many things I thought it would be.  It's actually been Ella and Holden having to spend every single waking (and sleeping) minute together.  They wake up and have breakfast together.  They school at the dining room table together.  They take classes together.  They play together.  And they sleep in bunk beds, right on top of each other.  I've always said they have a love/hate relationship.  They are each others best friends, and there is no one in the world they can be more vicious to.

We had a nice enough day on Sunday checking out a children's ballet at the New York Theater Ballet, Alice in Wonderland Follies. 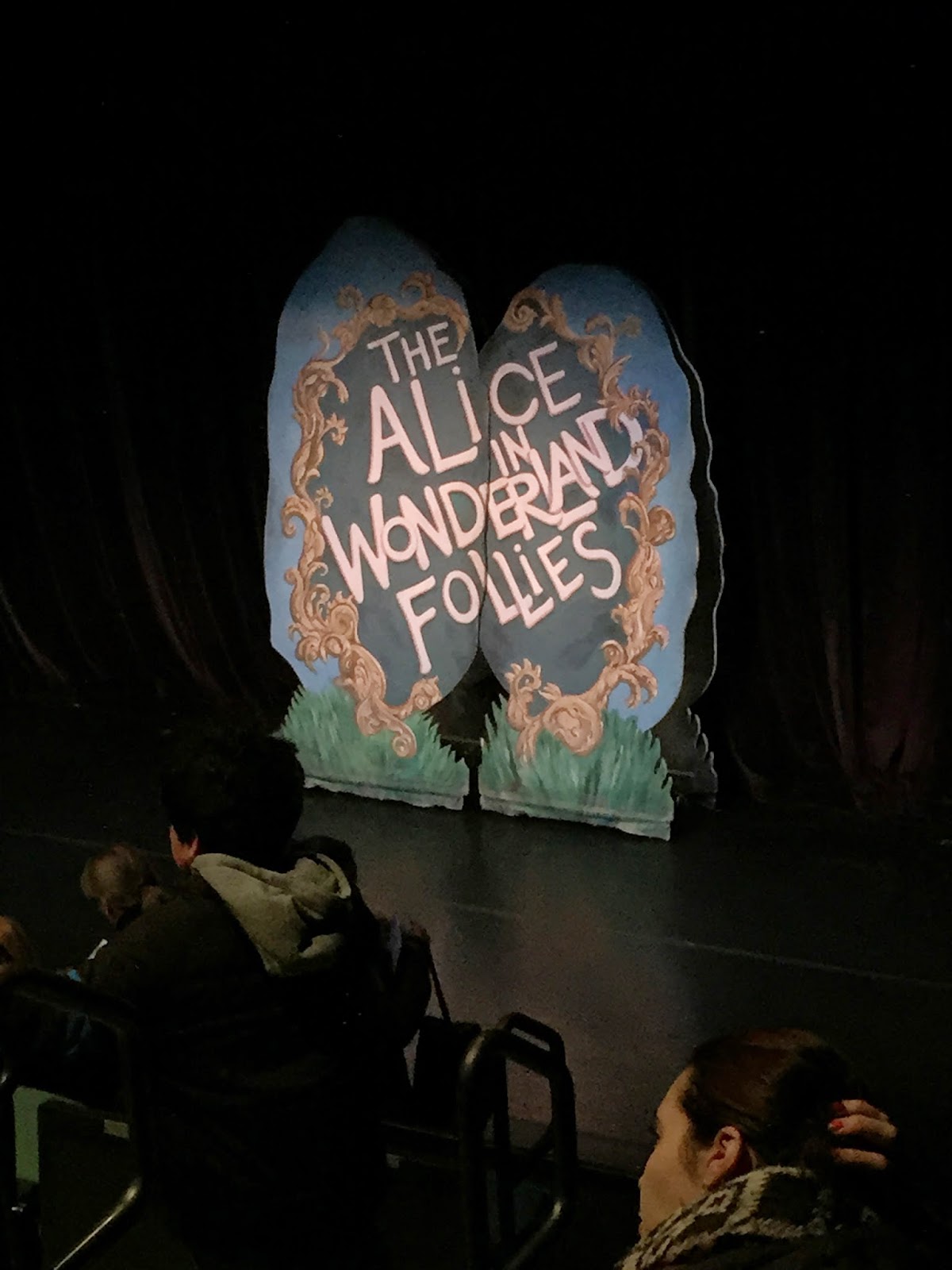 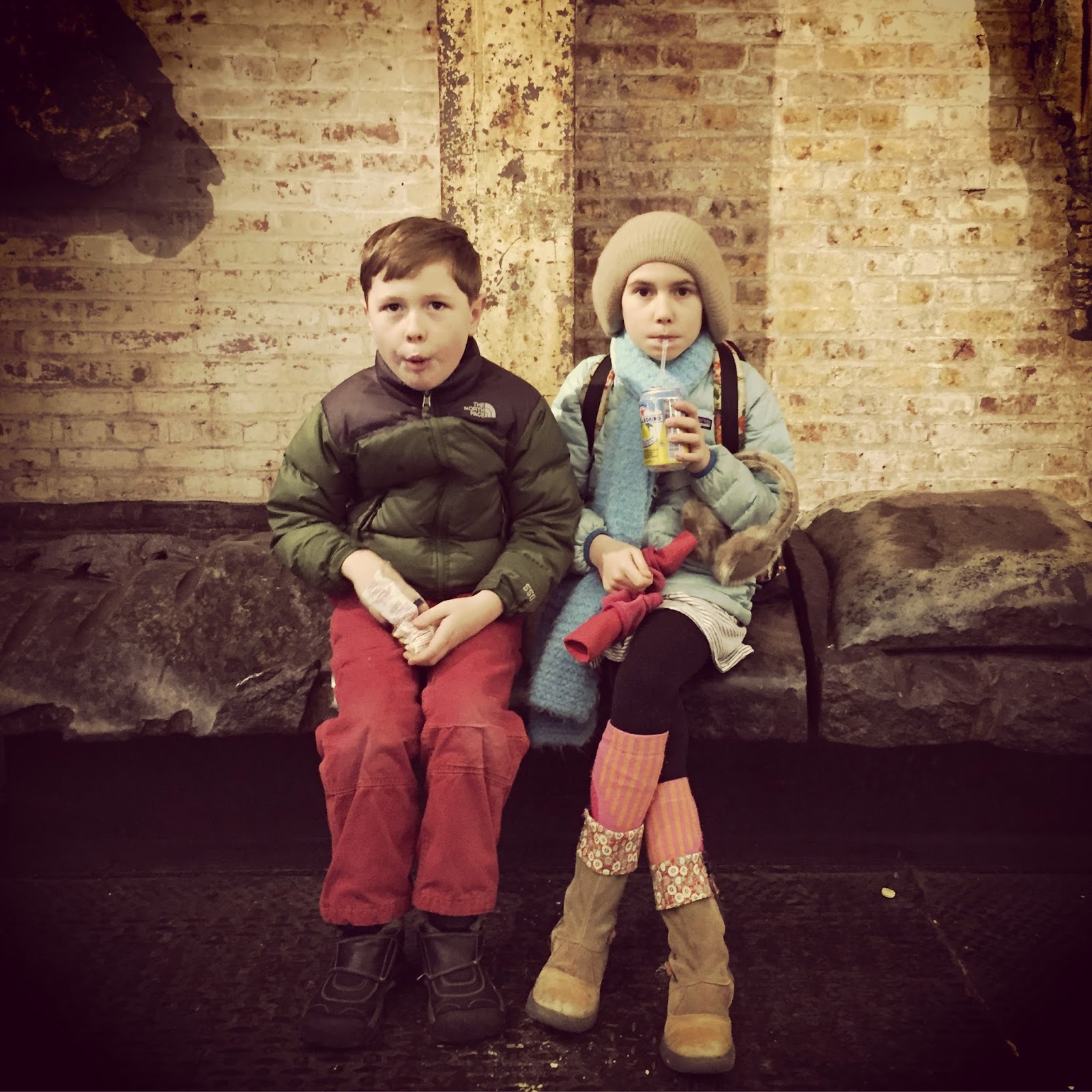 Holden actually shed tears on Sunday morning when I told him that we were seeing a ballet that afternoon but as soon as the performance was over he was applauding wildly.  I think it was good for the kids to see not only a children's ballet but one on a smaller, more manageable stage since they've only been exposed to ballets at Lincoln Center so far.  Holden was relieved not to have to wear a button down shirt. 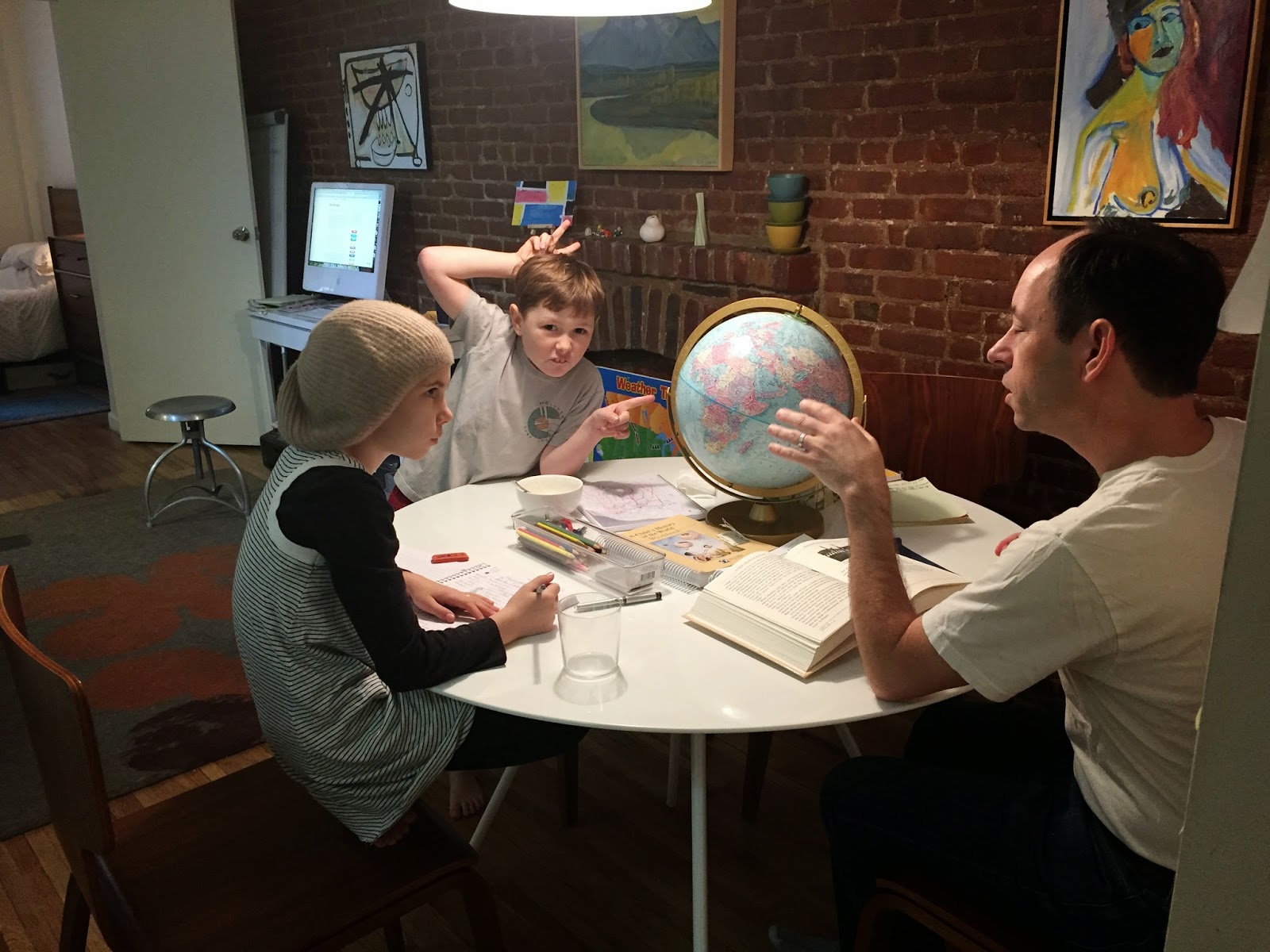 And Kevin continued his Saturday morning lessons with the kids (piano and history) which serve multiple purposes: 1) gives him a chance to play teacher, 2) takes some lessons off my plate for the week, and 3) gives me a couple childless hours to myself (even if I do spend them preparing for the coming week's lessons, at least I'm alone in a coffee shop).

But after a few screaming sessions and some punches thrown, Kevin and I knew that Sunday had to be a Divide and Conquer Day.  It was so obvious that we didn't even discuss it.  We just each made plans to take one child on our own. 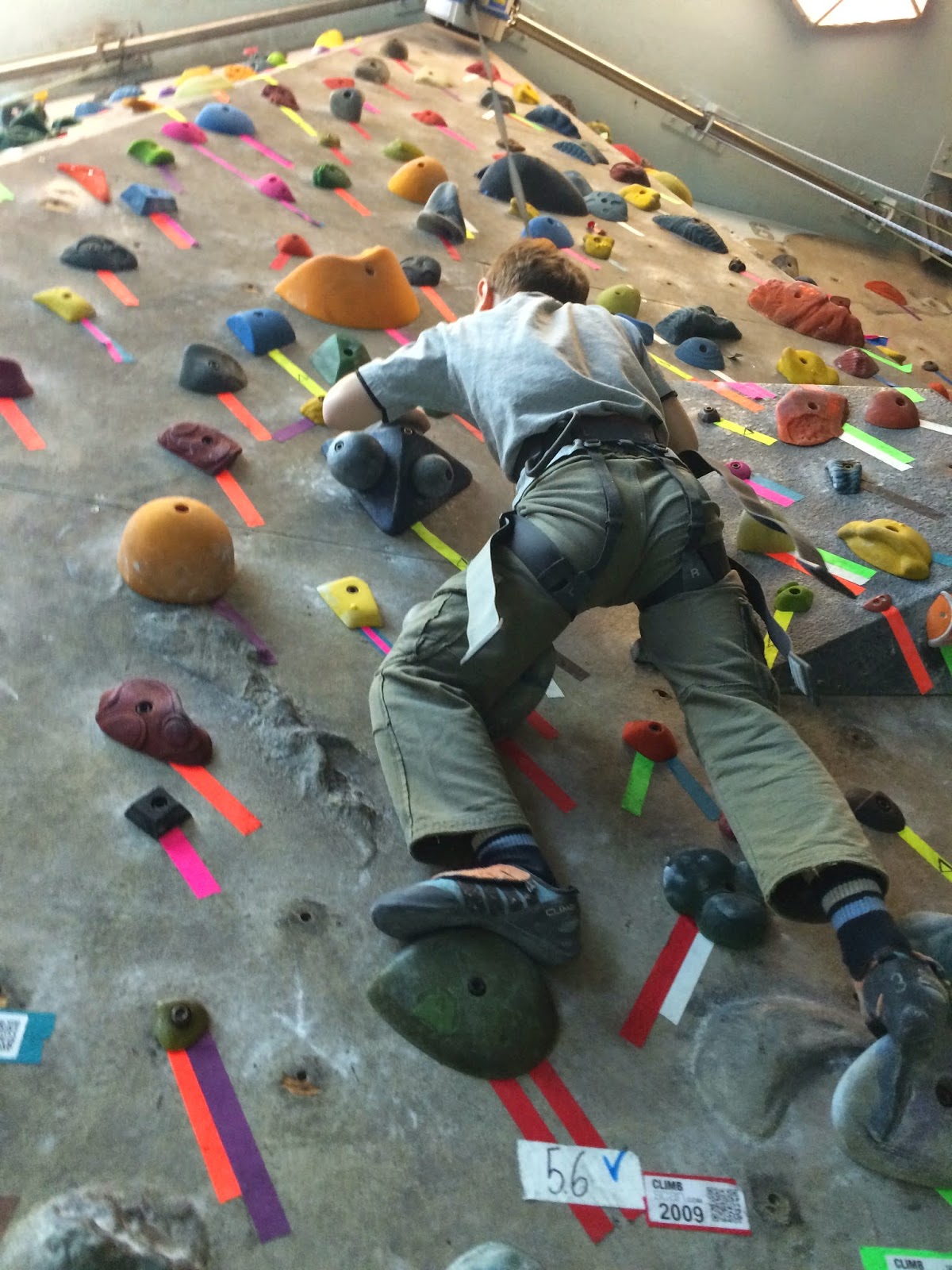 It works like magic.  As soon as we're each alone with one child, all the best in that child comes out.  They are happy and pleasant and a pleasure to be around all day.  We aren't stressed trying to break up fights all day.  So much so that I always wonder what each of them would have been like had they been an only child.

Kevin and Holden apparently had a fabulous day.  They discovered some new gym in Midtown and did some climbing on the climbing wall and lots of swimming in the indoor pool.  Luckily Kevin bought a trial membership for the next two months because when Ella found out how they spent their day, she ran to her room in tears of envy.

I let Ella make all the decisions for our day.  She's been feeling a little too managed and overscheduled lately so I wanted to give her back some control.  I was fully prepared to bite my tongue and allow her to spend the entire day playing Minecraft if that's what she chose, but happily she said she wanted to take her sketch book over to The Met.  Phew. 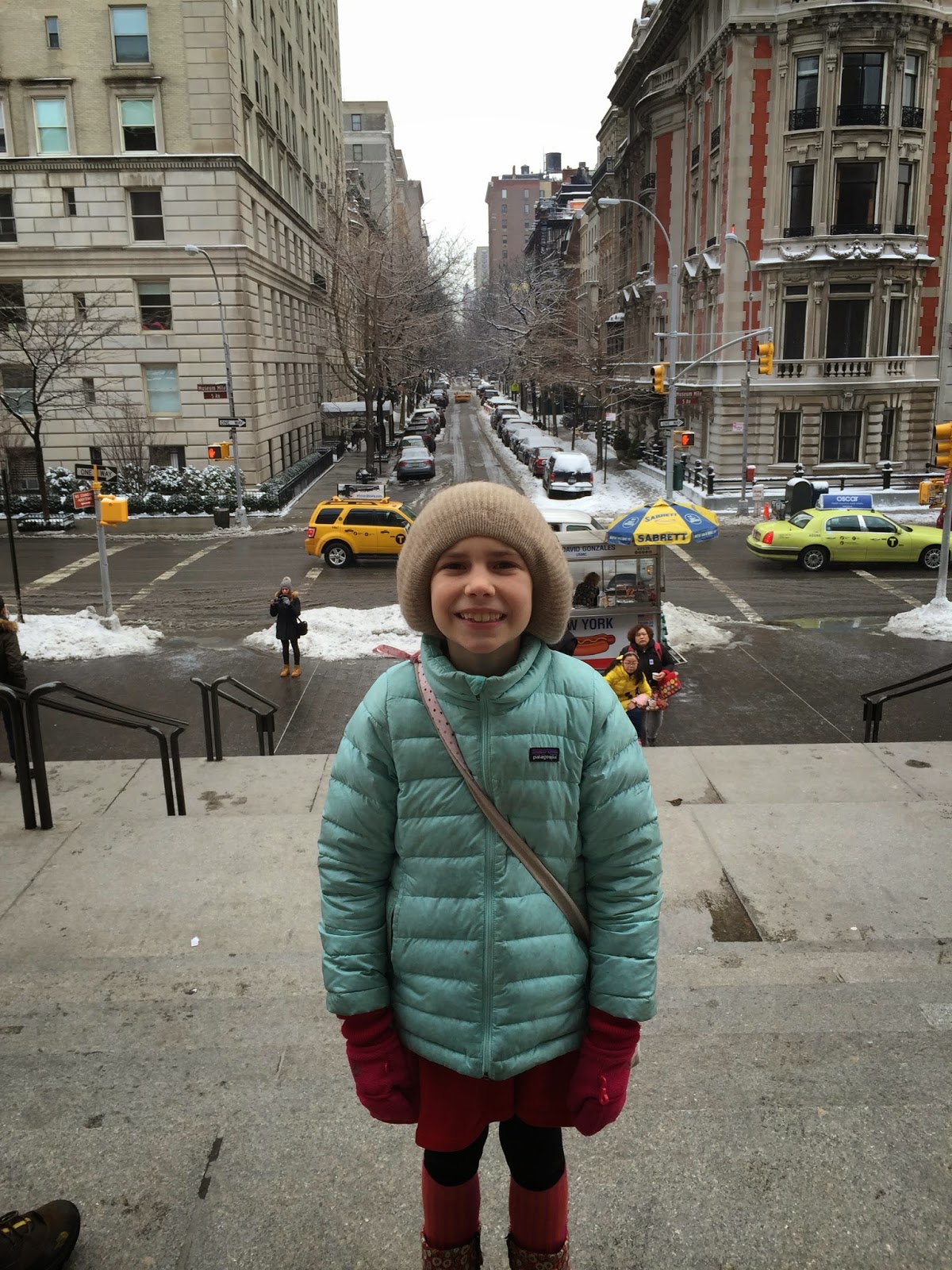 And as always on Divide and Conquer Days, we had a wonderful day.  Ella was in her element.

When we arrived at the museum we found out there was a Gallery Talk about to start on storytelling in Greek and Roman art.  We joined the hour-long tour and Ella sketched her way through galleries that she's been in many times with her Friday night mythology class. 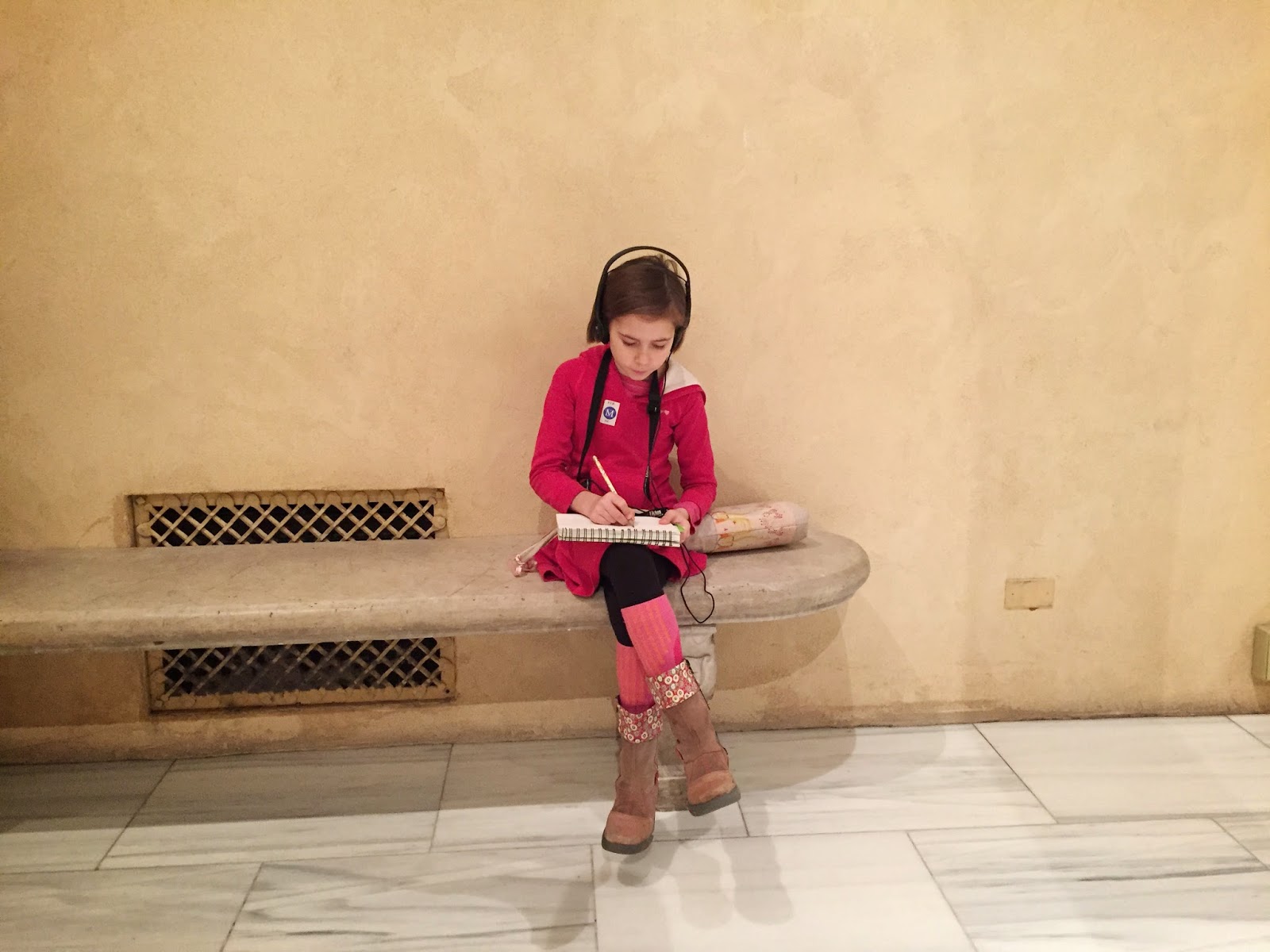 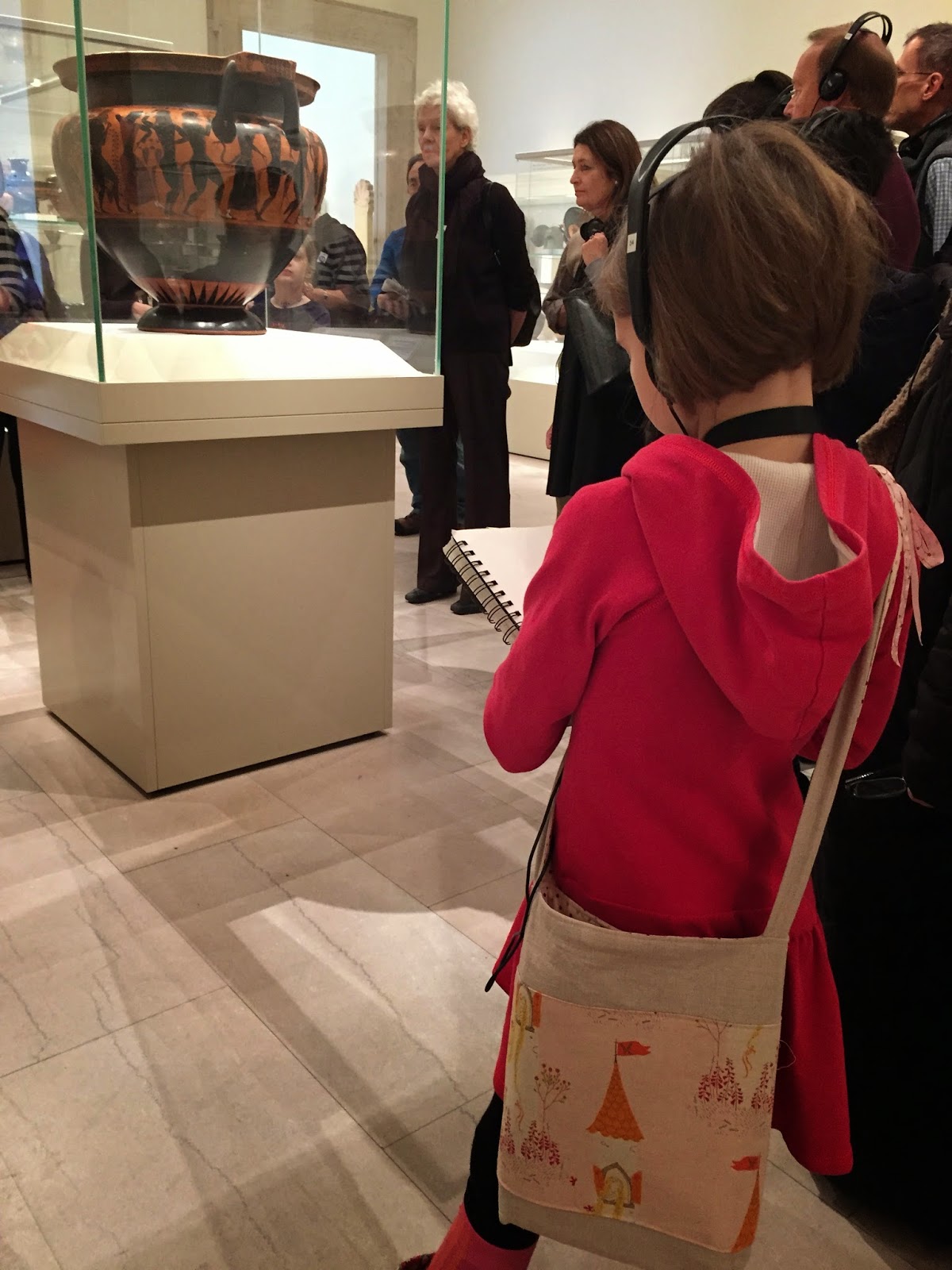 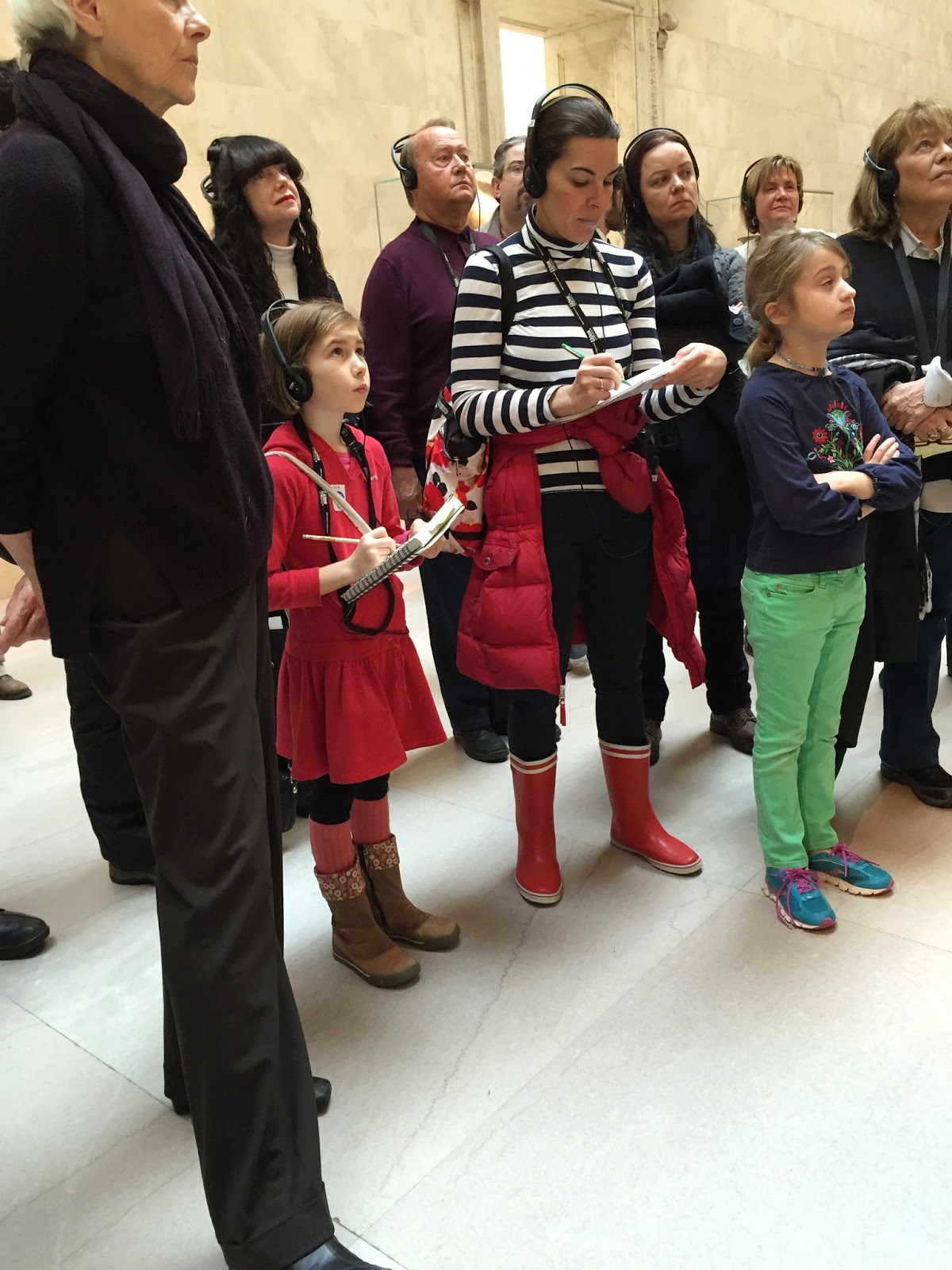 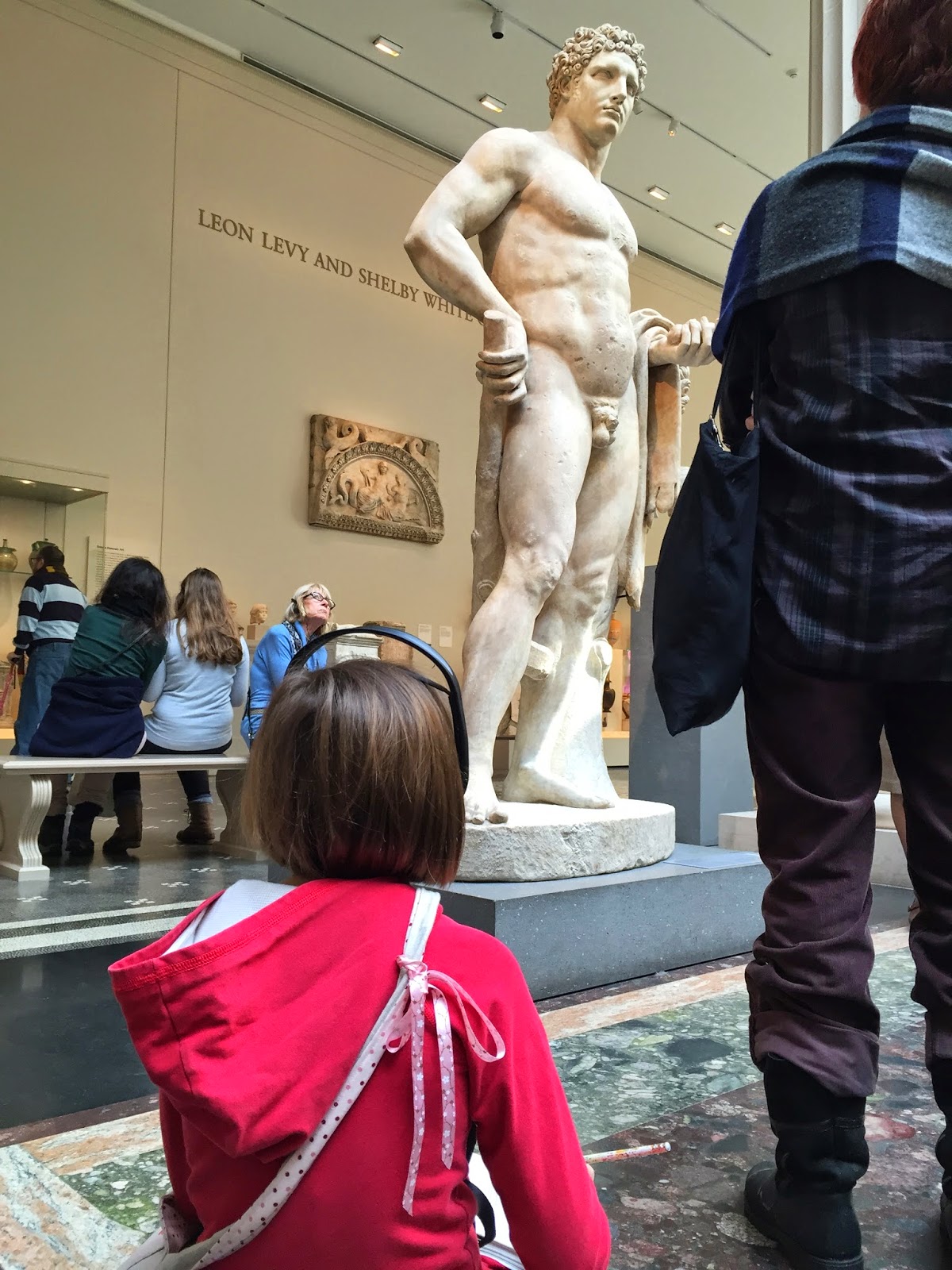 It was so nice to see her so engaged and peaceful (without having to compete with a little brother).  We ate a fancy lunch in the museum, complete with a view of the obelisk in Central Park that Ella quickly showed me she had sketched last year in her notebook.  And then Ella led us through the Egyptian rooms.  For the millionth time... I tried to steer her toward the Islamic art since she had just started learning about Islam the day before with Kevin, but quickly remembered that she was in charge (not easy for me) and followed her lead.  It's starting to look like Egyptology isn't just a passing phase with this girl. 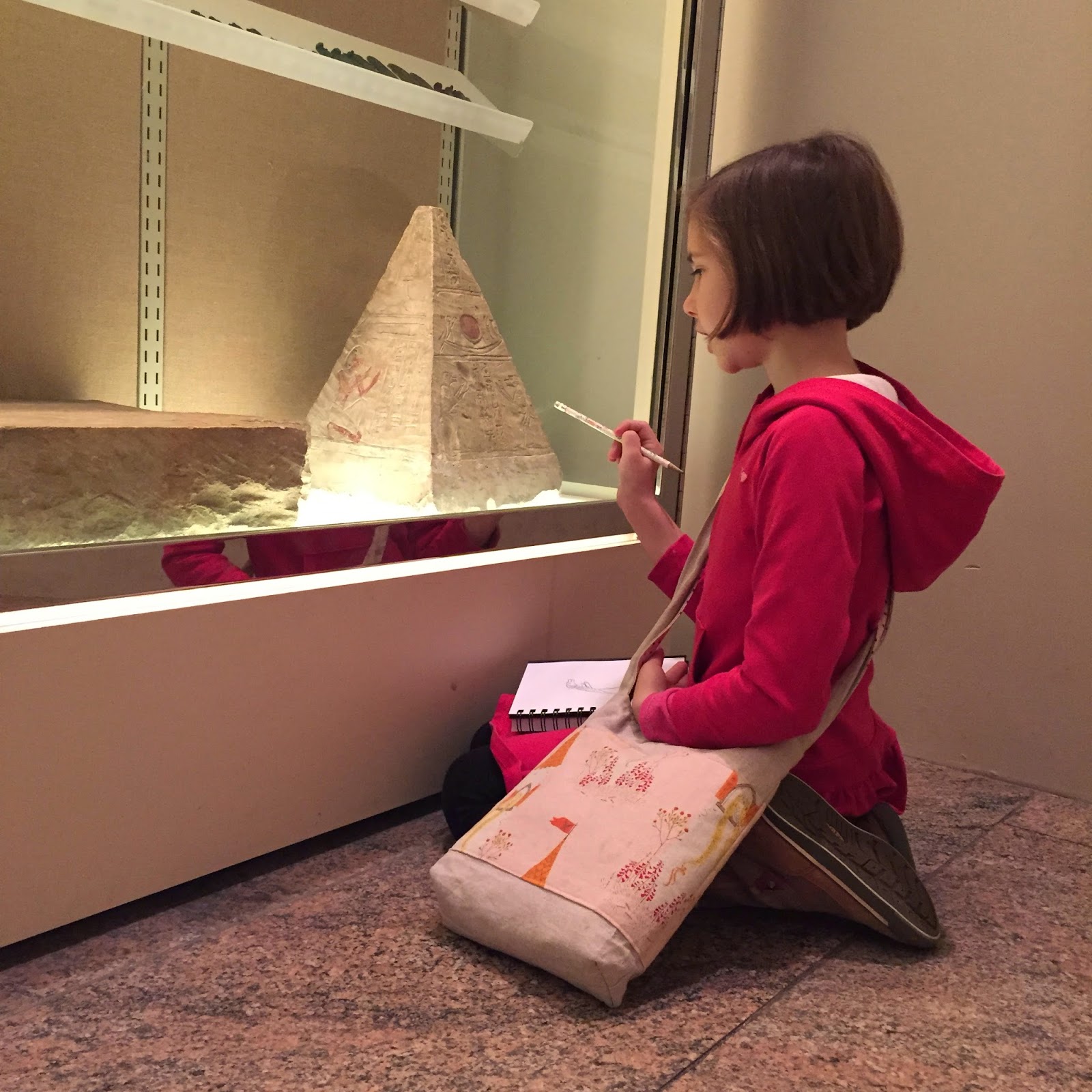 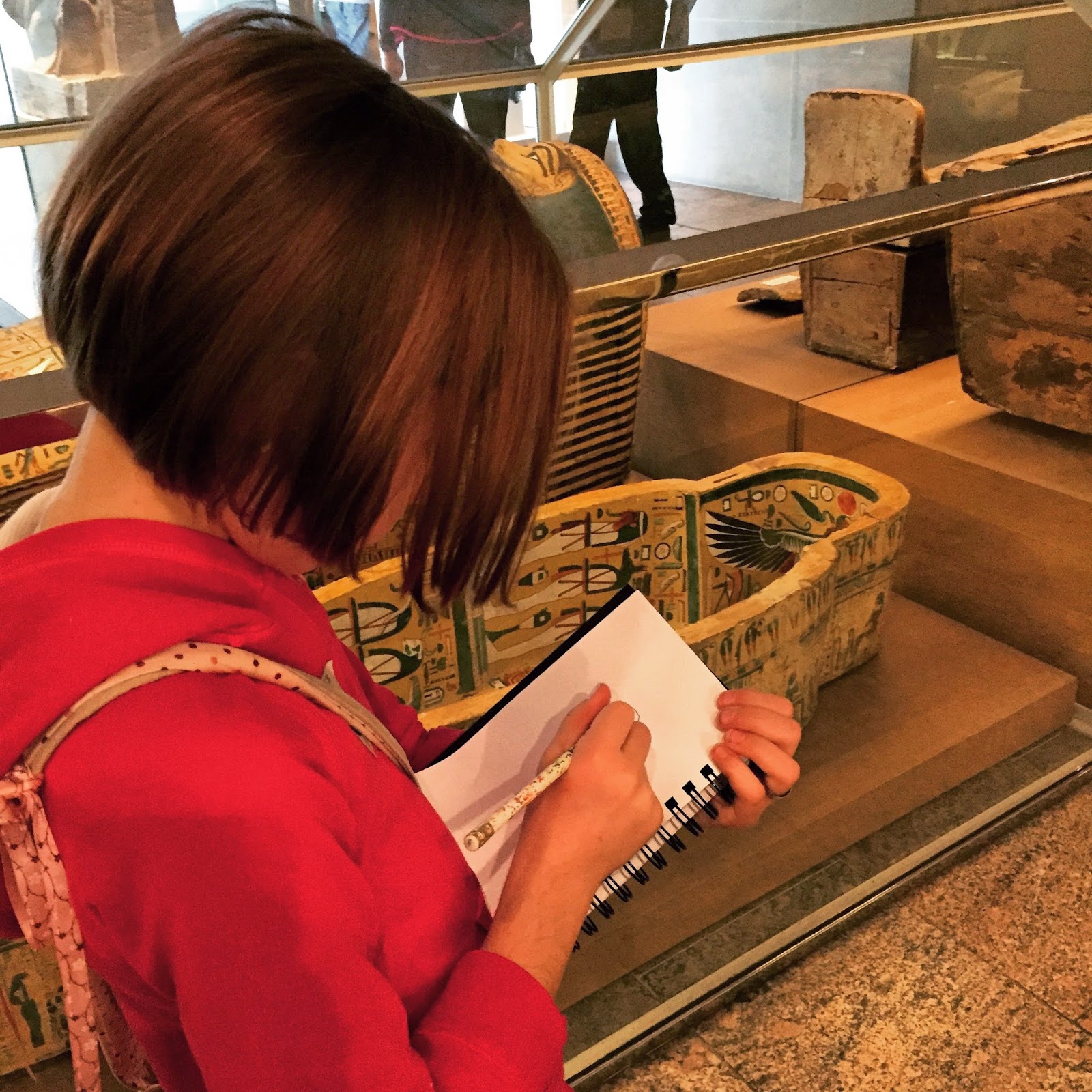 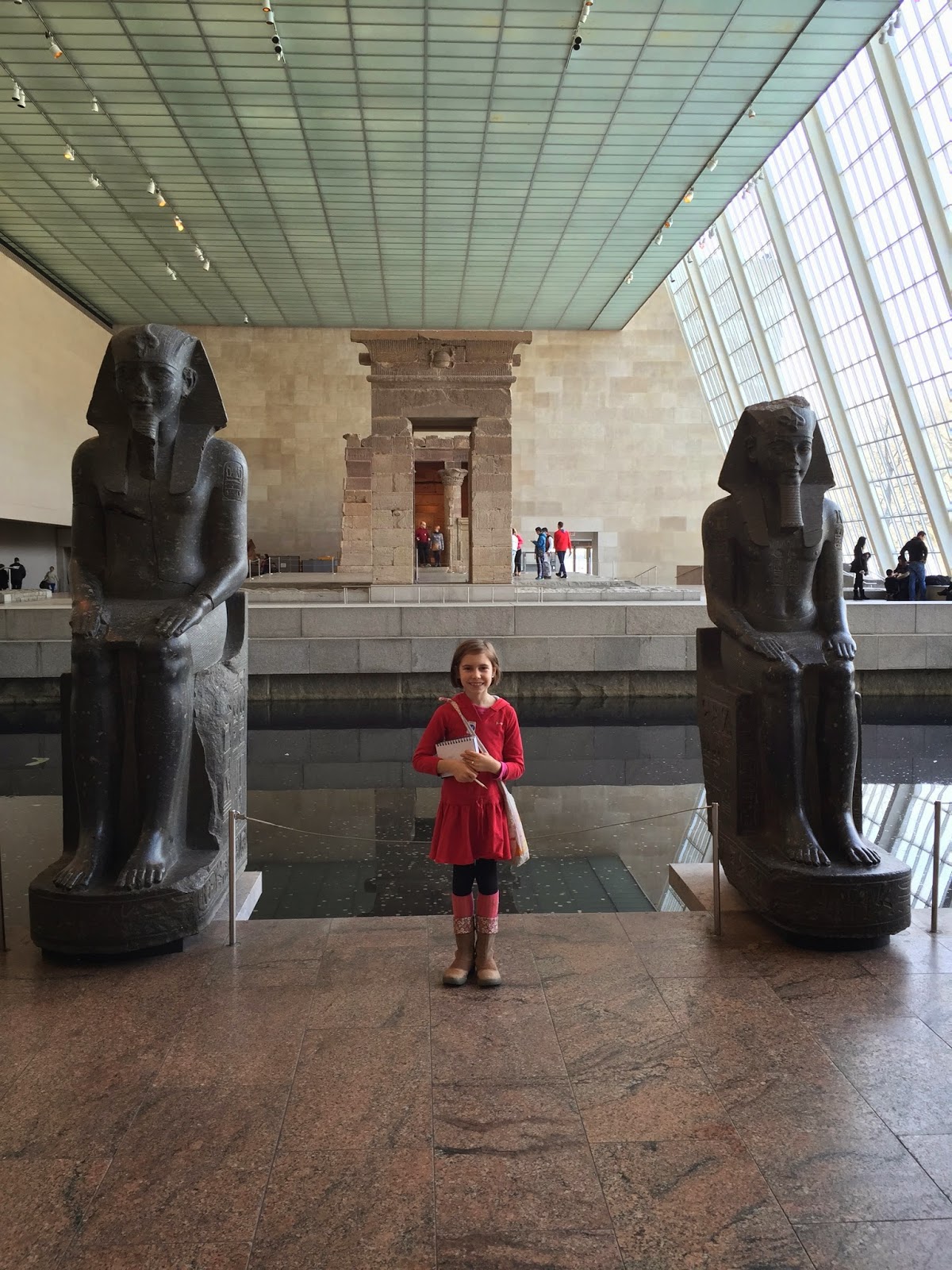 As we walked back home through Central Park I realized a big difference between my kids.  If I had spent the day with Holden, he would have been gripping my hand the entire day, cheerily talking my ear off.  Ella spent the day elbowing her way through the crowd to the front of the group to see the art up close.  She spent a long time quietly drawing.  While walking home she stayed up ahead, skipping and humming to herself.  Once we were on the other side of the park and I grabbed her hand to cross the street she said, "I just daydreamed all the way through the park, Mom!" 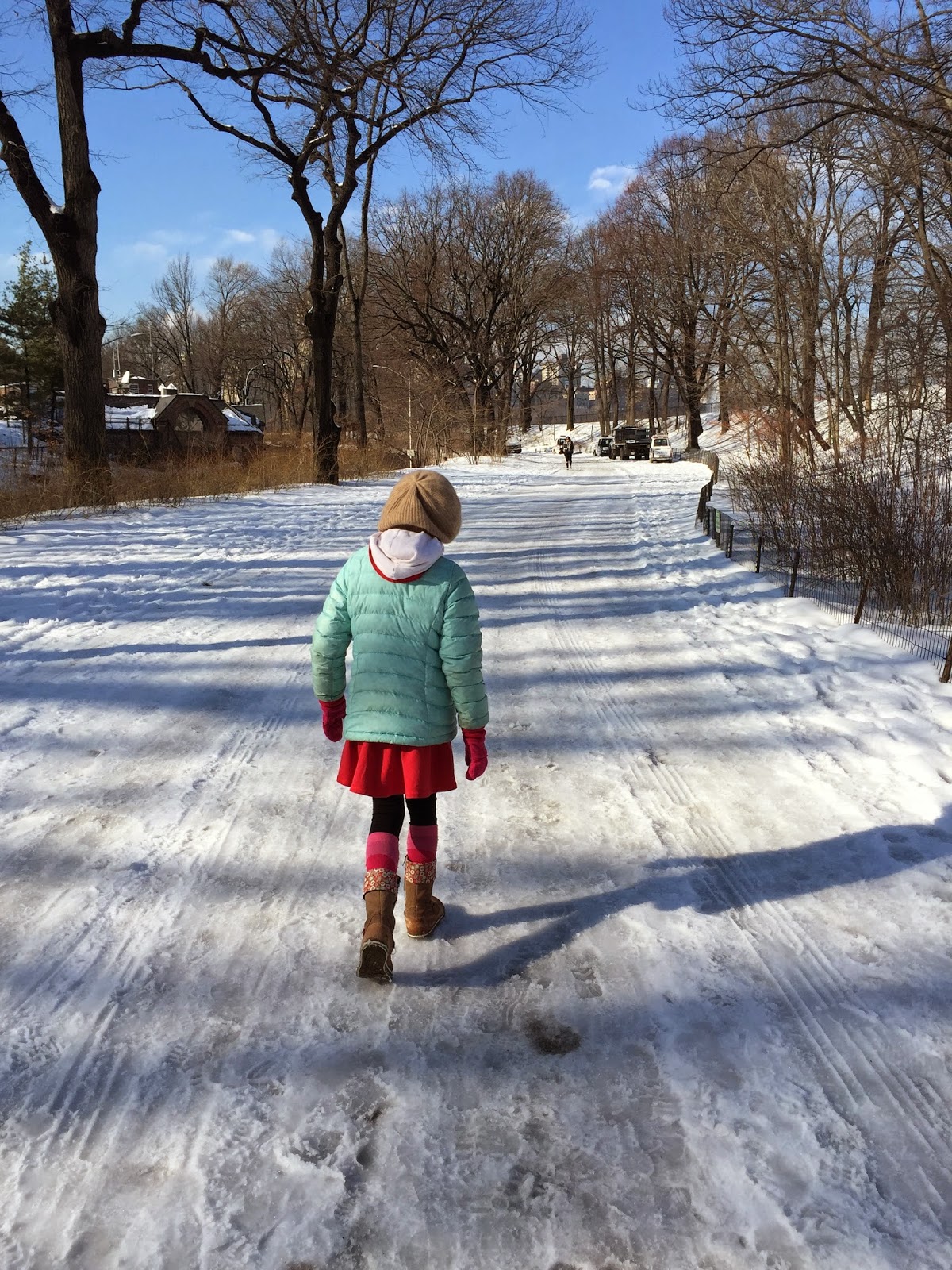