It was the big birthday week for Kevin.  He worked a half day on Wednesday and was able to join me to watch the kids' final performance in their Musical Storyplaying class.  For the last six weeks they've been creating a mini-musical all about courage.  If I hear them sing Whistle A Happy Tune one more time... 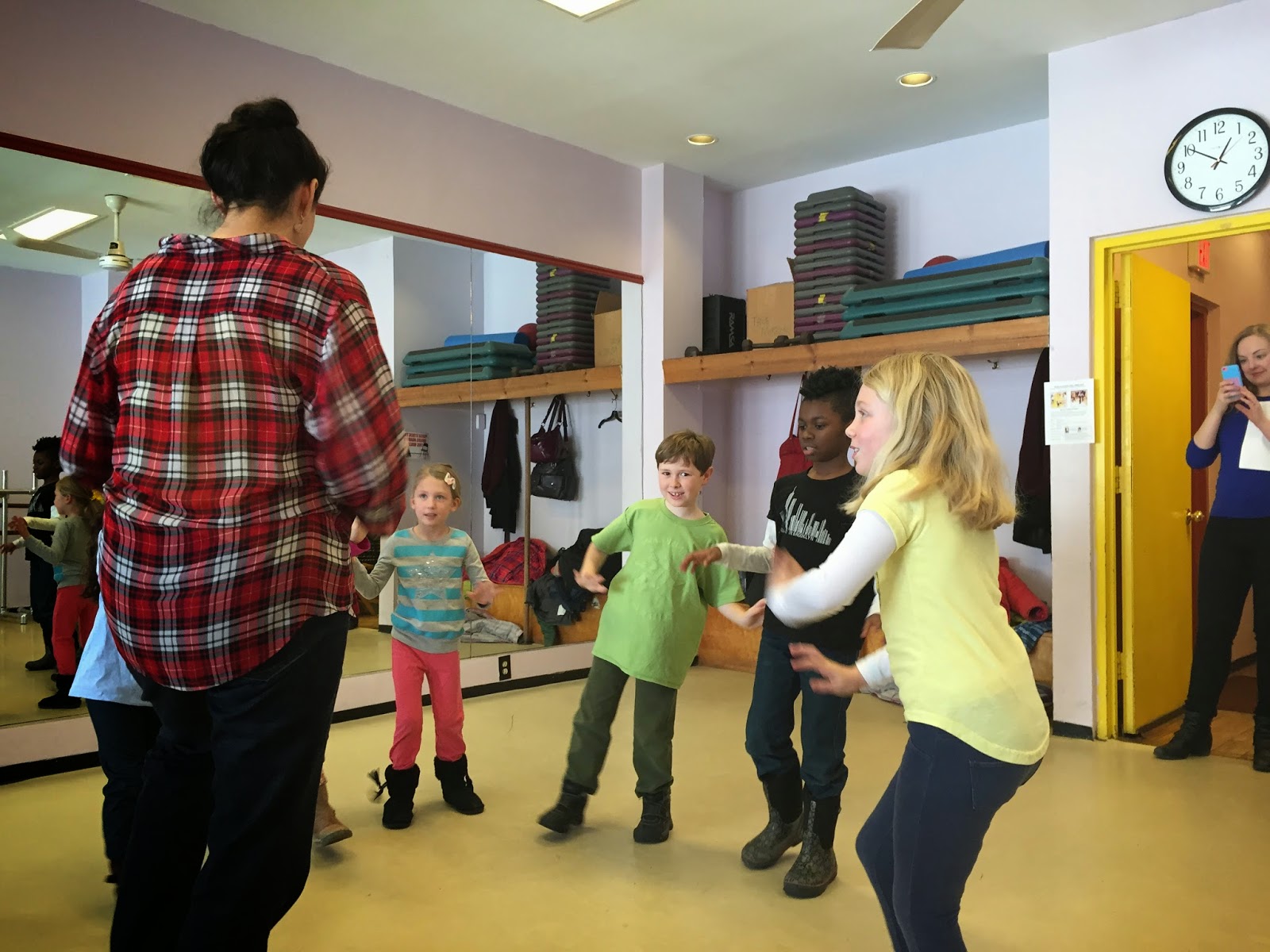 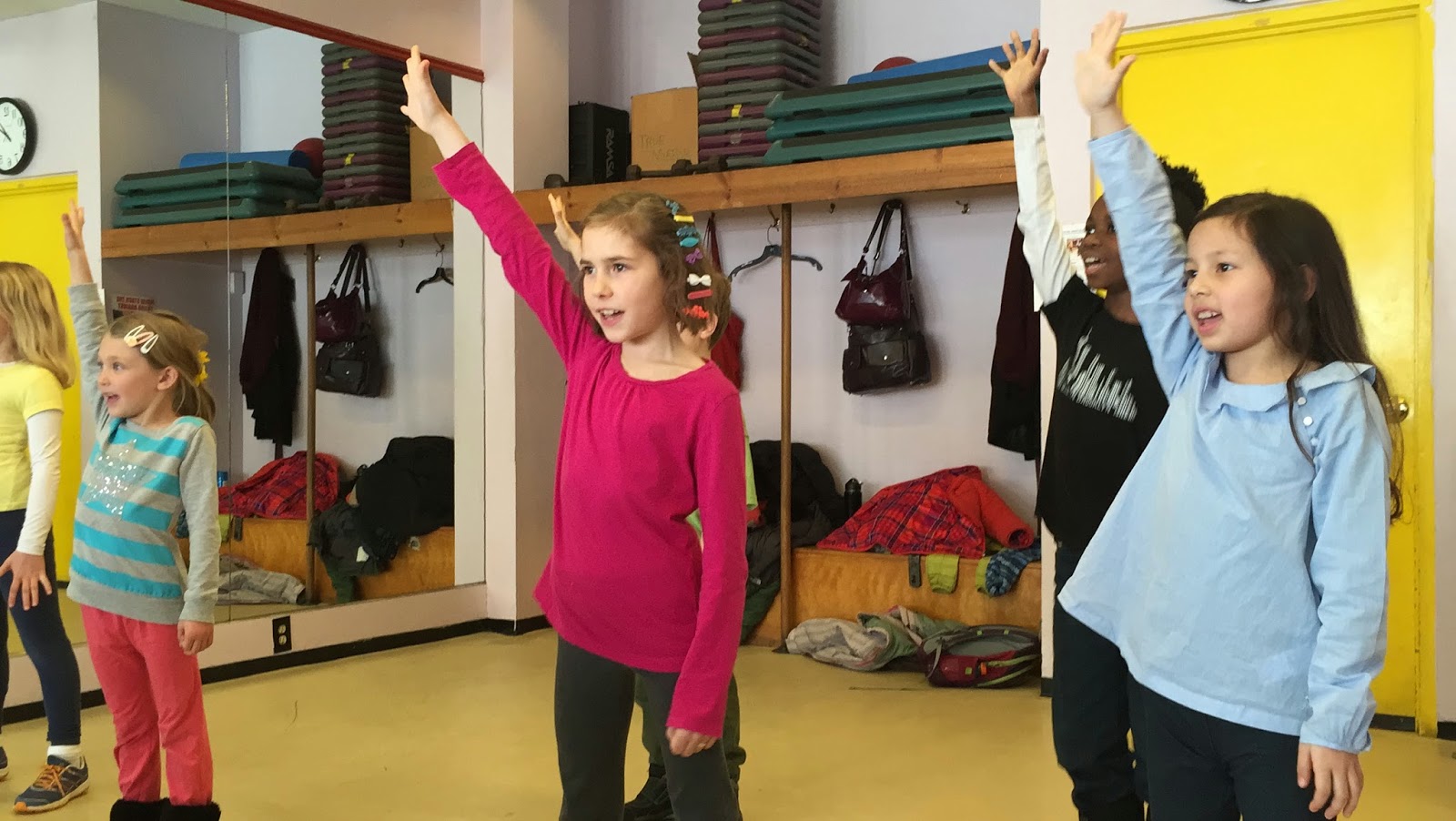 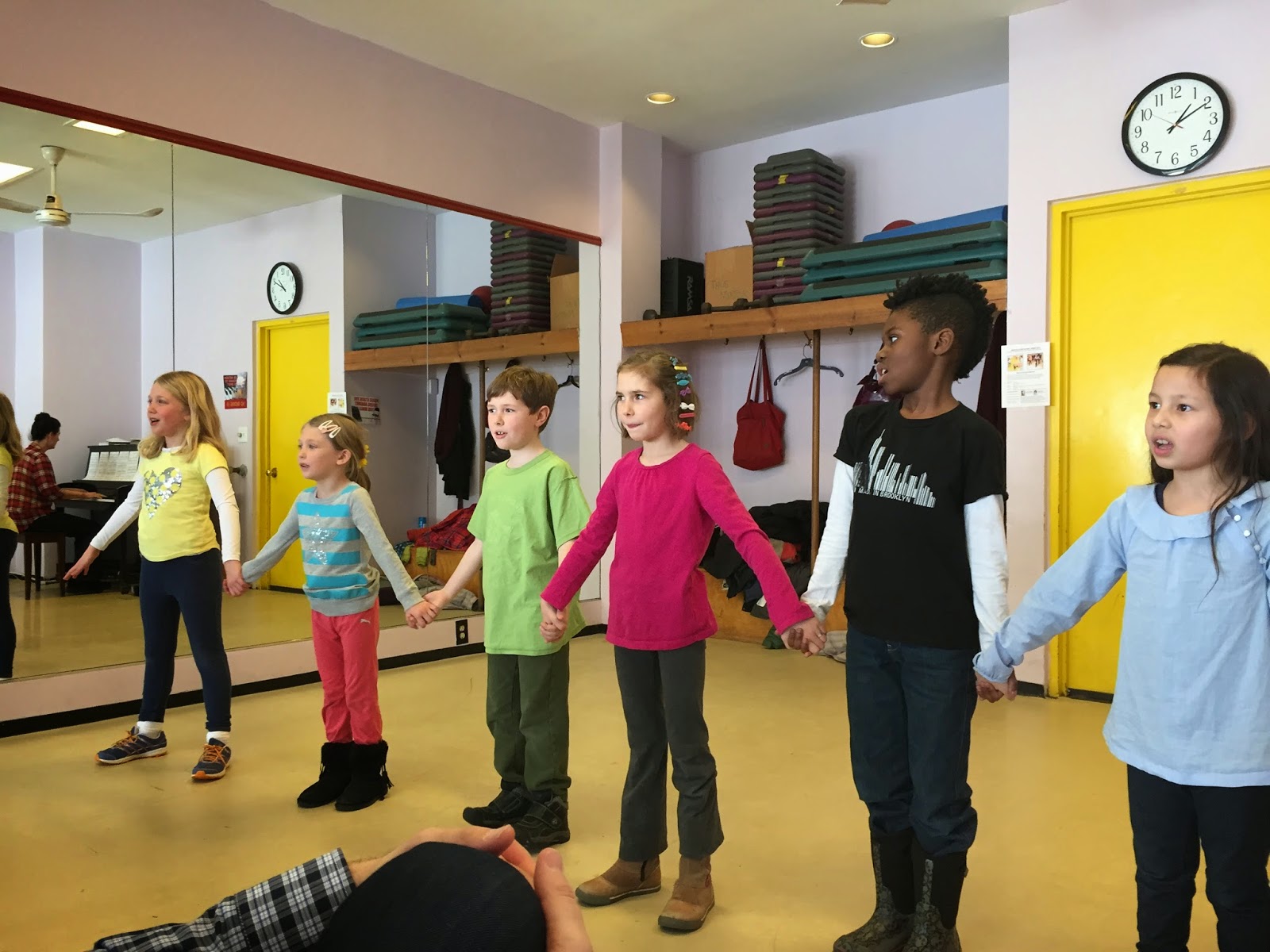 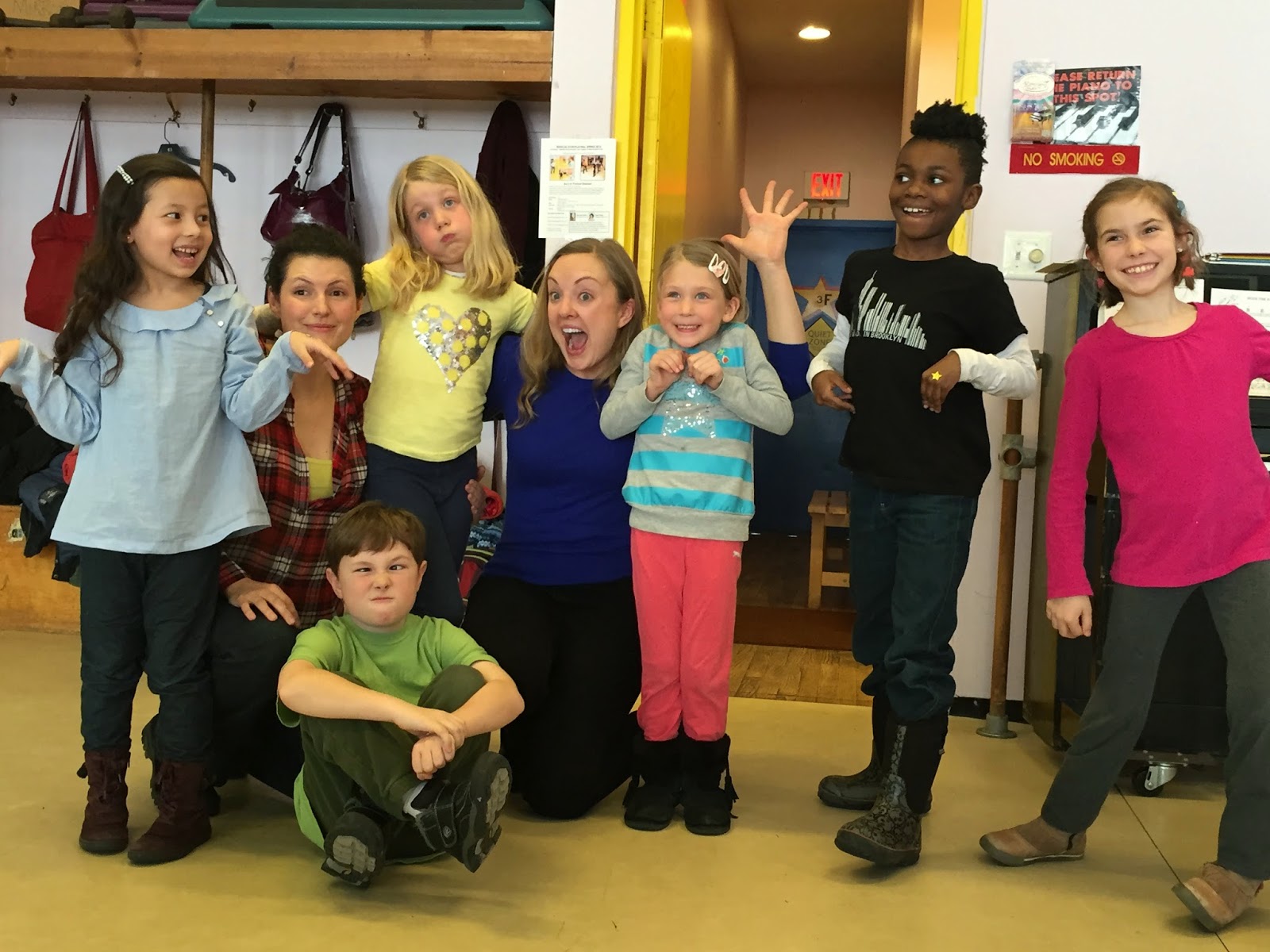 Then we met the babysitter on the corner and did the hand-off with the kids.  While the kids headed uptown back to the apartment, Kevin and I walked just a few blocks away to see The Daily Show with Jon Stewart. 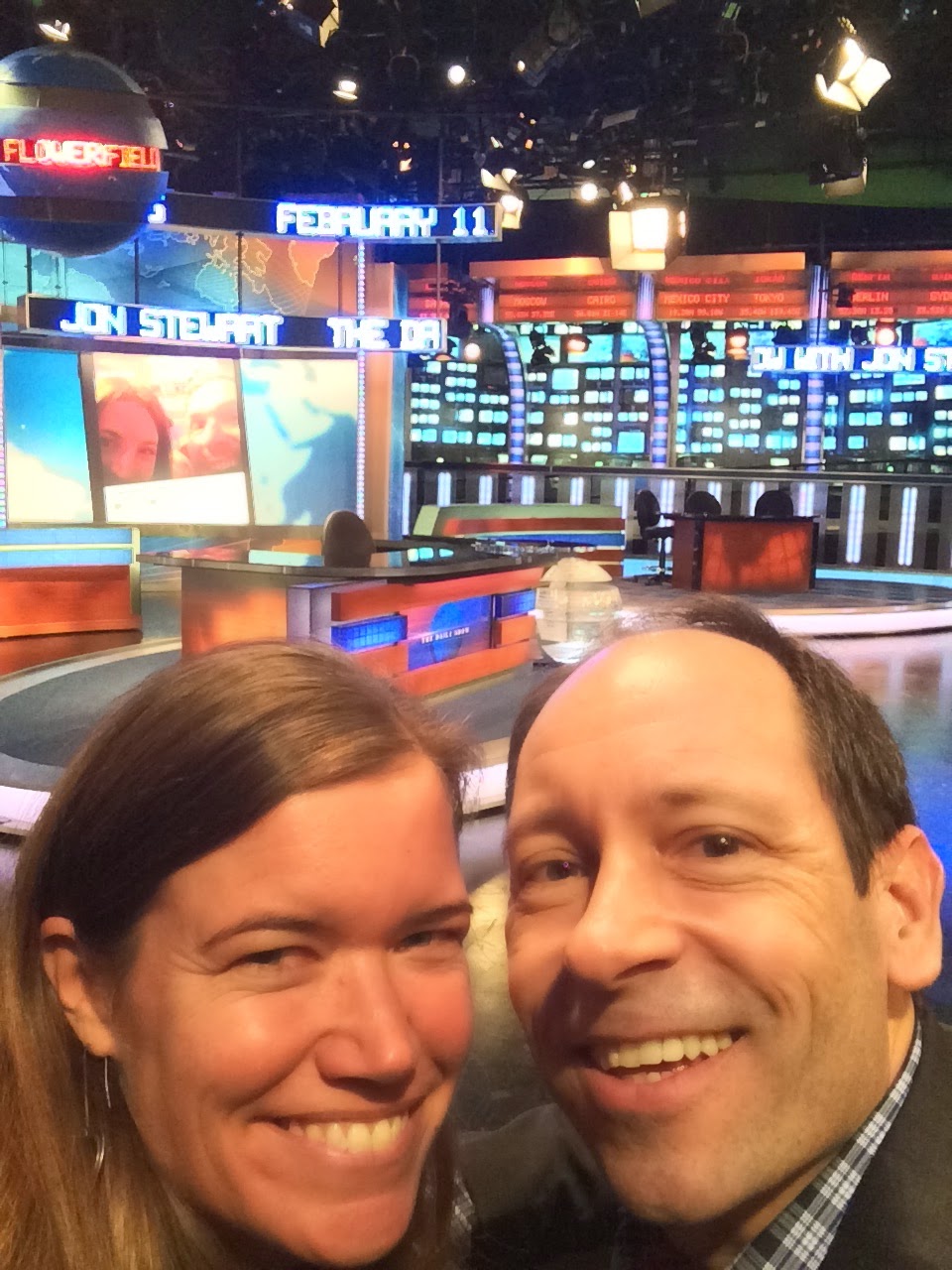 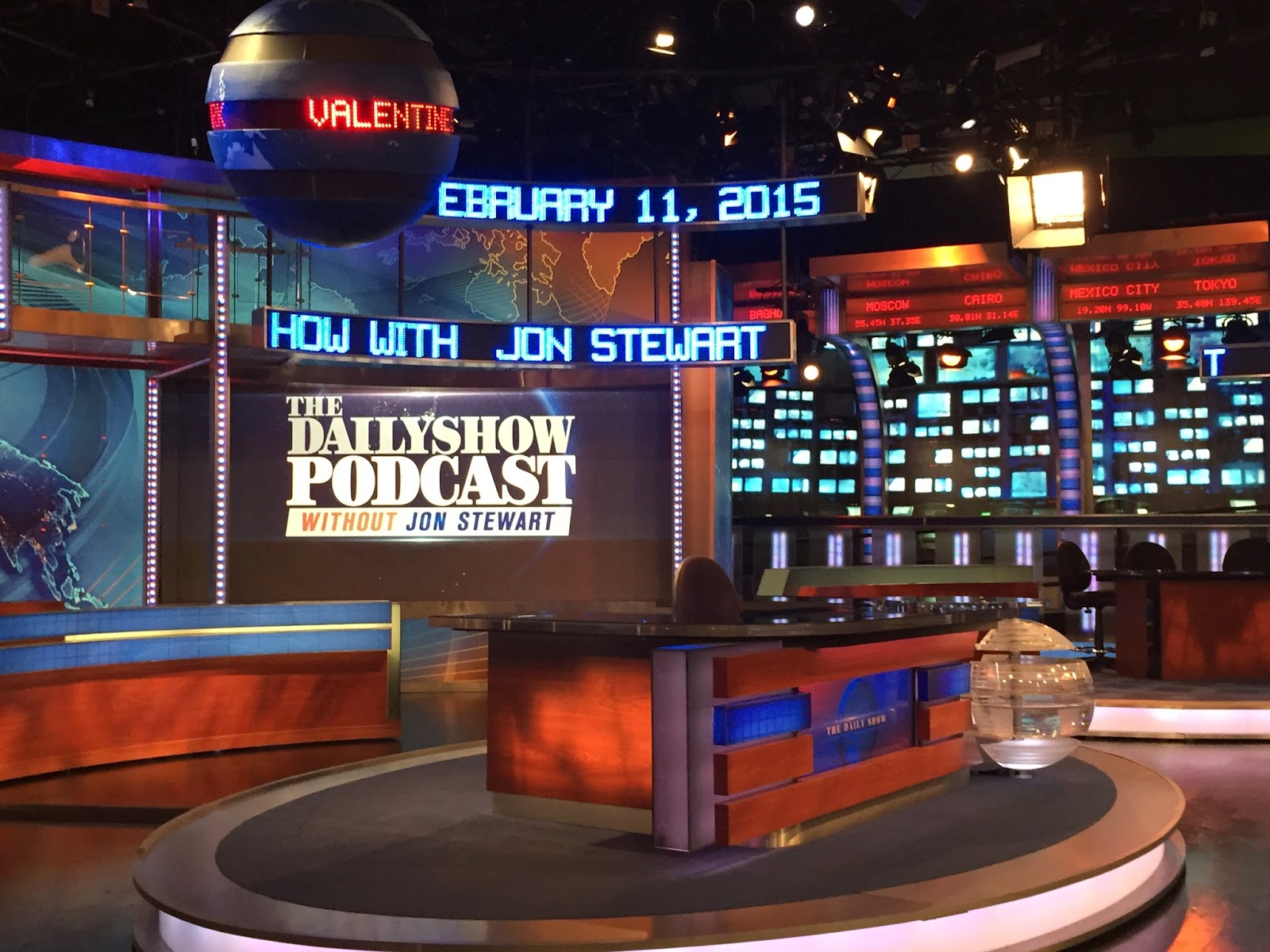 Even though I had arranged for this weeks ago, we serendipitously got tickets to the first show after he announced he was leaving as host.  As you can imagine, the crowd was pumped up and somehow we got front row seats.  The guest was Colin Firth, whom we love, but just seeing Jon Stewart and hearing him talk to the audience before the show about his departure, was worth the tickets alone.

We hit a couple pubs on our way to a very-late reservation at a fancy restaurant, Blue Hill, that Kevin's been wanting to try.  It was poor planning to start a multi-course meal at 9pm, after already having a beer and a glass of wine.  I was ready for bed before the appetizers arrived.  But we had a very nice evening anyway and slept like babies until...

Holden crawled into our bed at 5am and promptly threw up all over us.

The kids and I stayed indoors all day Thursday as Holden fought off a fever and slept.

But by Friday morning he was back to himself (thank God kids bounce back so quickly) and we met up with a fellow homeschooler who had just finished a space unit and wanted us to join them on a tour of the Space Center at the Museum of Natural History.  Of course we've been there dozens of times, but we saw a lot more this time walking through with someone who was really on a mission.  We got to see the Planetarium show and a couple other space videos.  Fun was had by all. 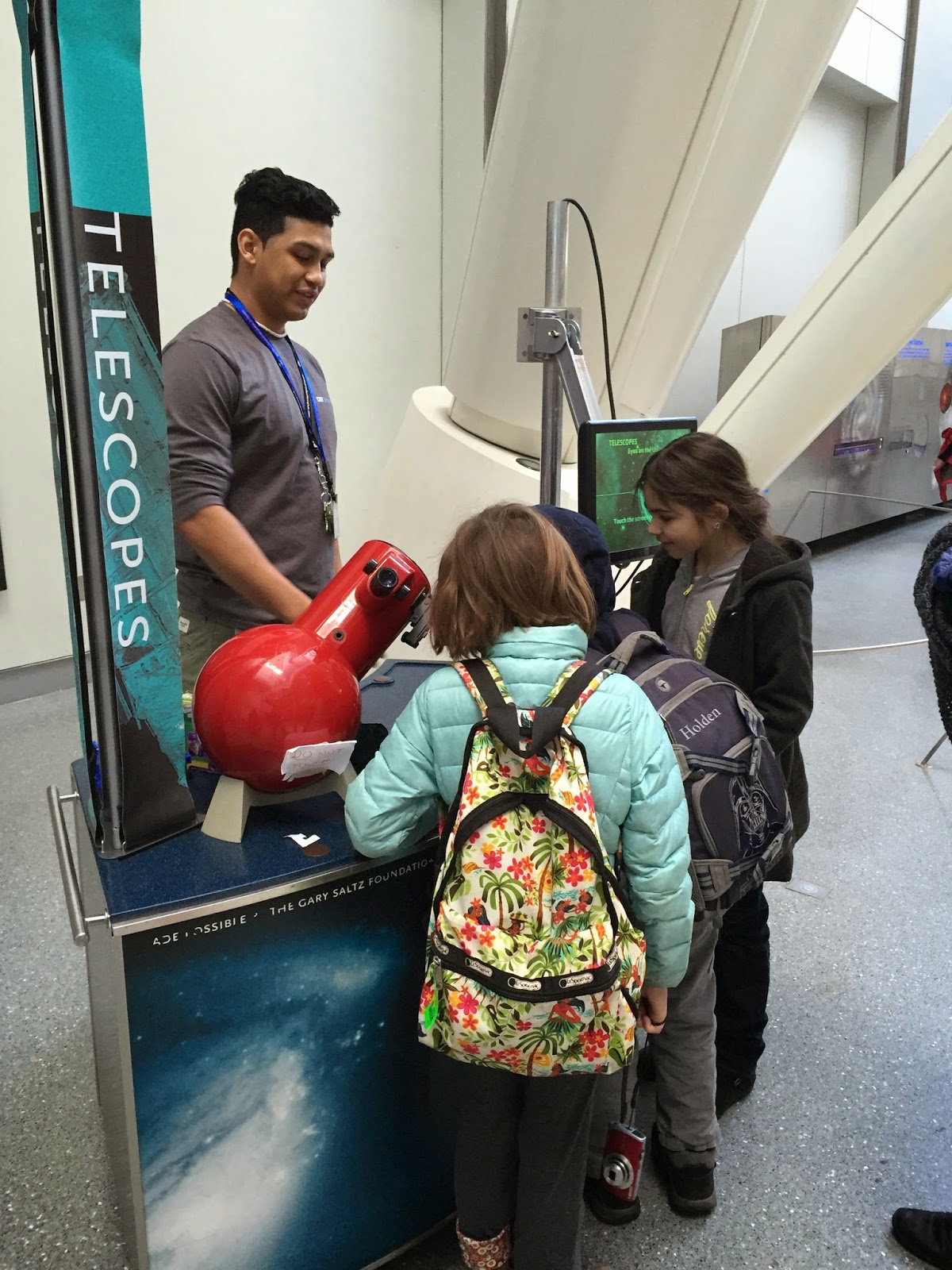 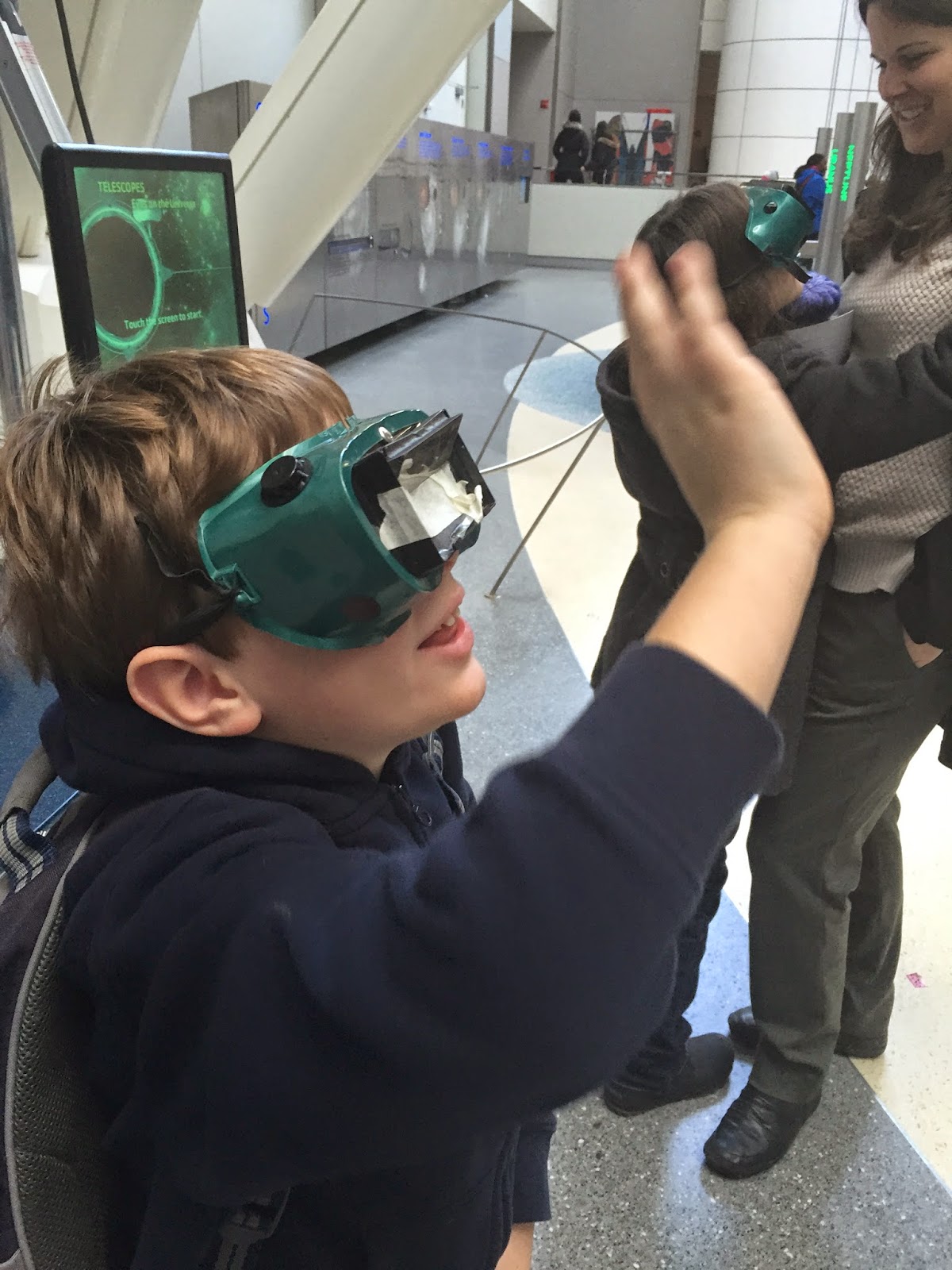 The kids have just now finished their history class at the New York Historical Society and I am flying through this blog post because we are now late for their Mythology class at The Met.  I just counted that this will be our sixth time in a museum in the last seven days.  I'm changing the name of what we do from homeschool to museumschool.
Posted by Gretchen at 5:00 PM