"I Am Still Alive"

I love snow.  I never thought I'd say that.  If you know me well then you're probably wondering what imposter took over this blog.

But look, it's so beautiful.  Especially in New York City.  It covers up all the trash and dirt and makes everything look clean.  Even the air smells fresh and crisp.  You hardly notice the bus fumes. 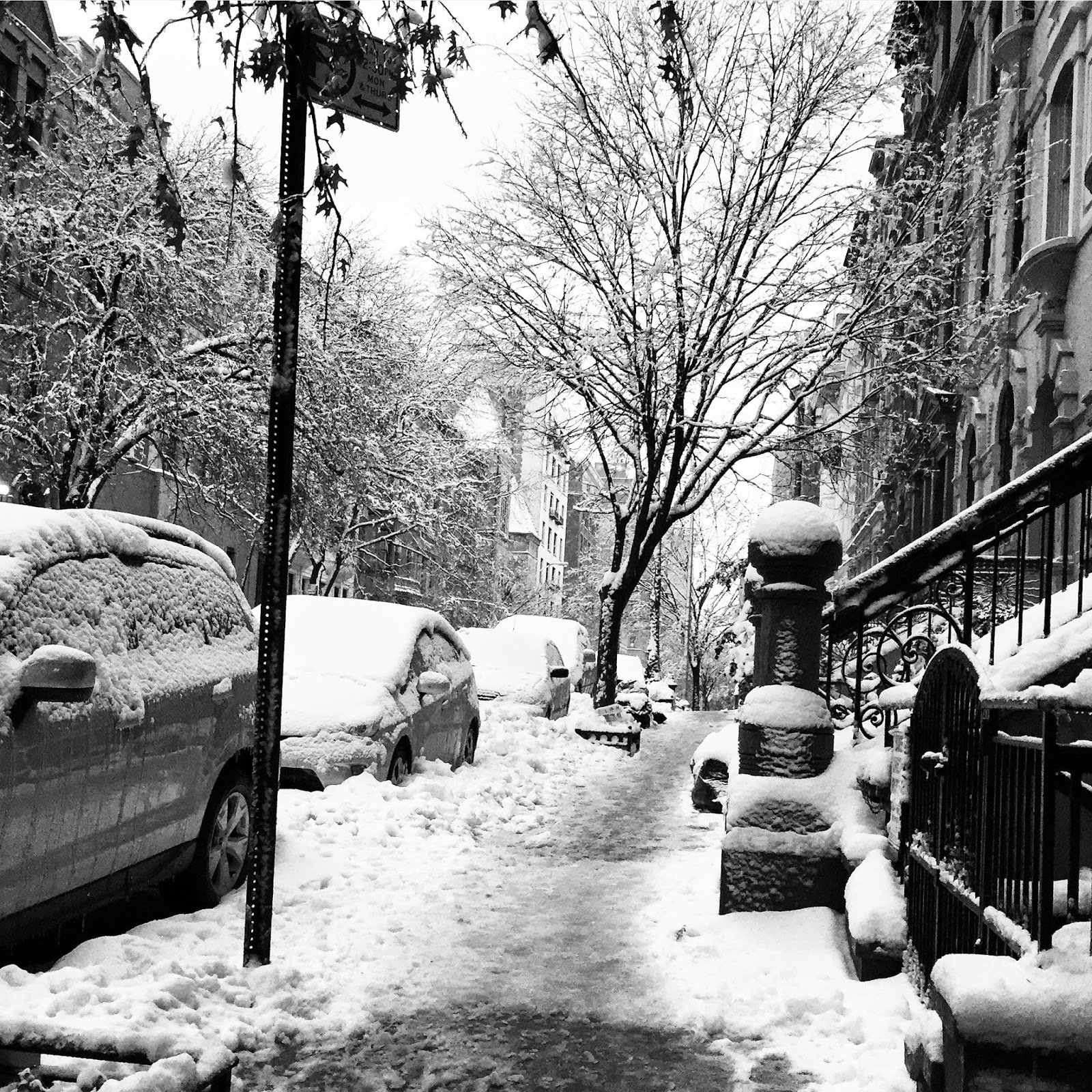 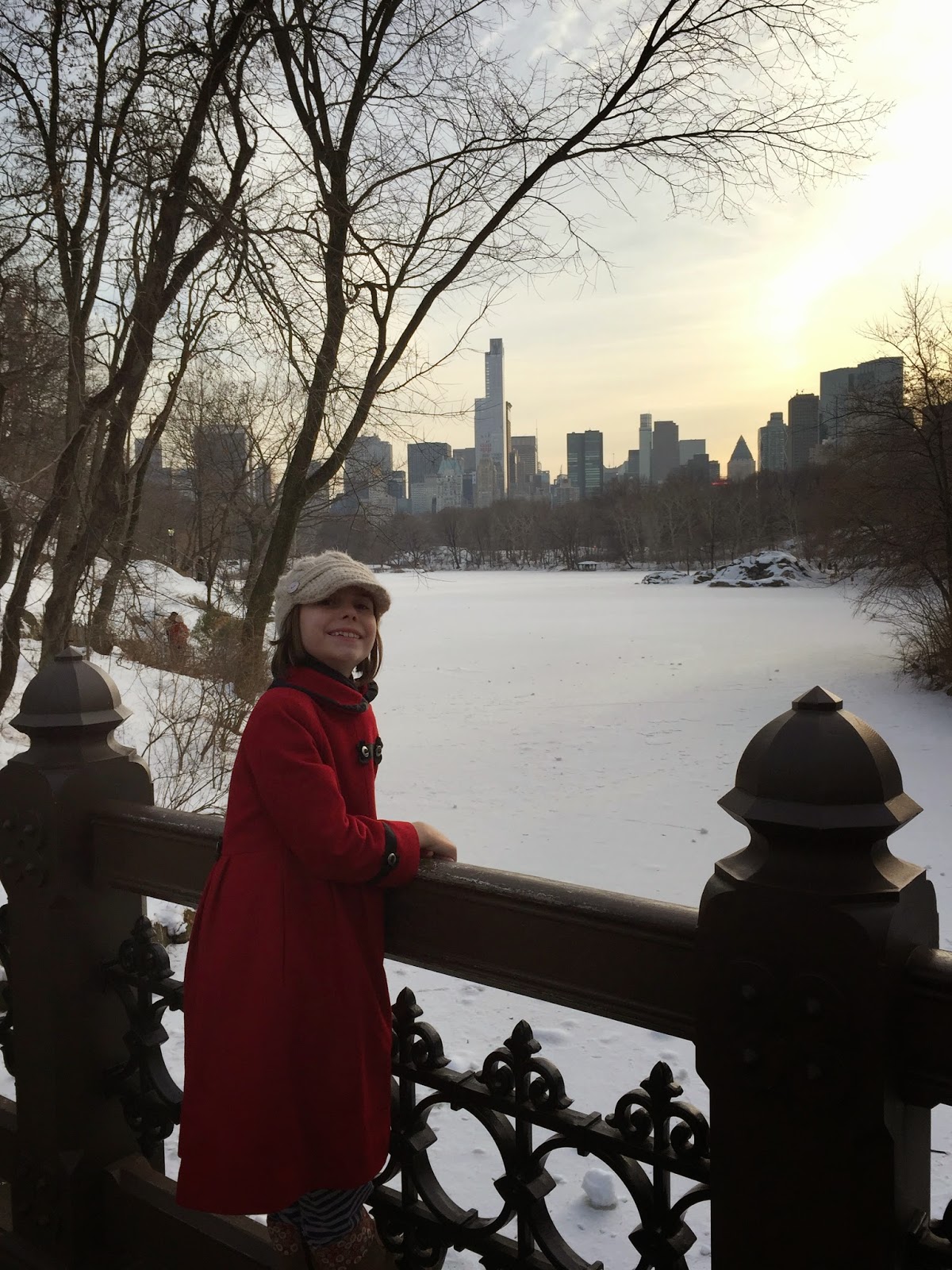 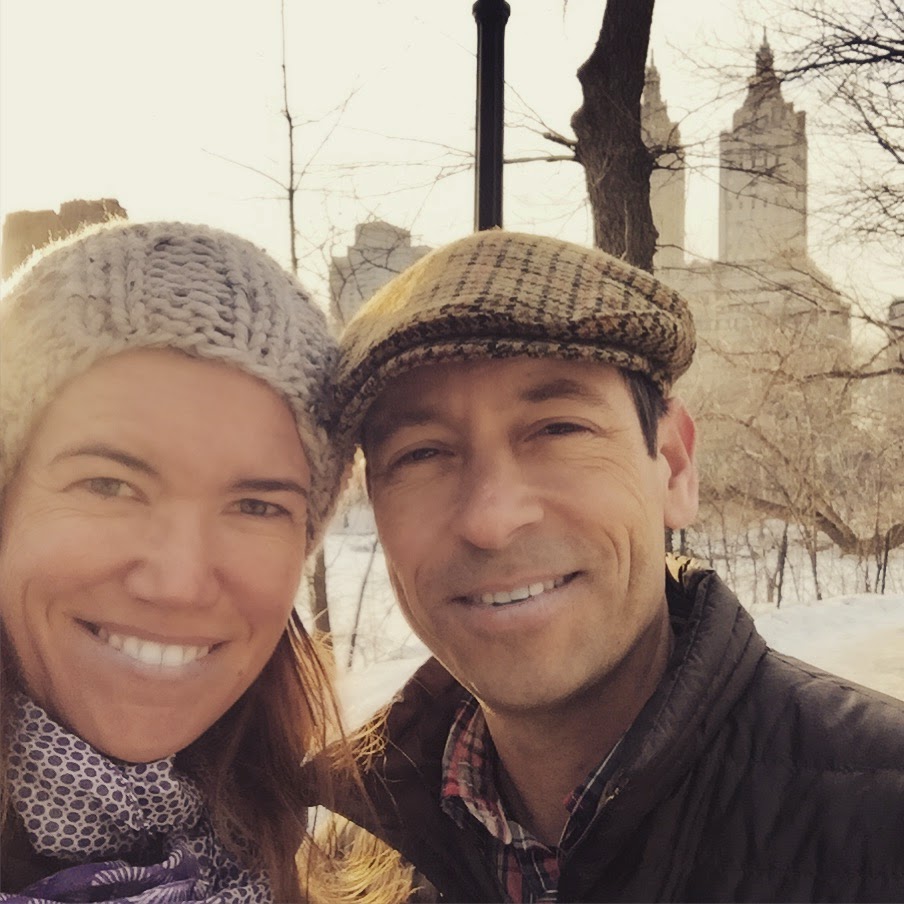 So we got out into it this weekend and took a couple strolls through Central Park.

Last week the kids and I spent as much time inside as possible.  Ella's been fighting a cold.  This is what a sick day looks like for homeschoolers. 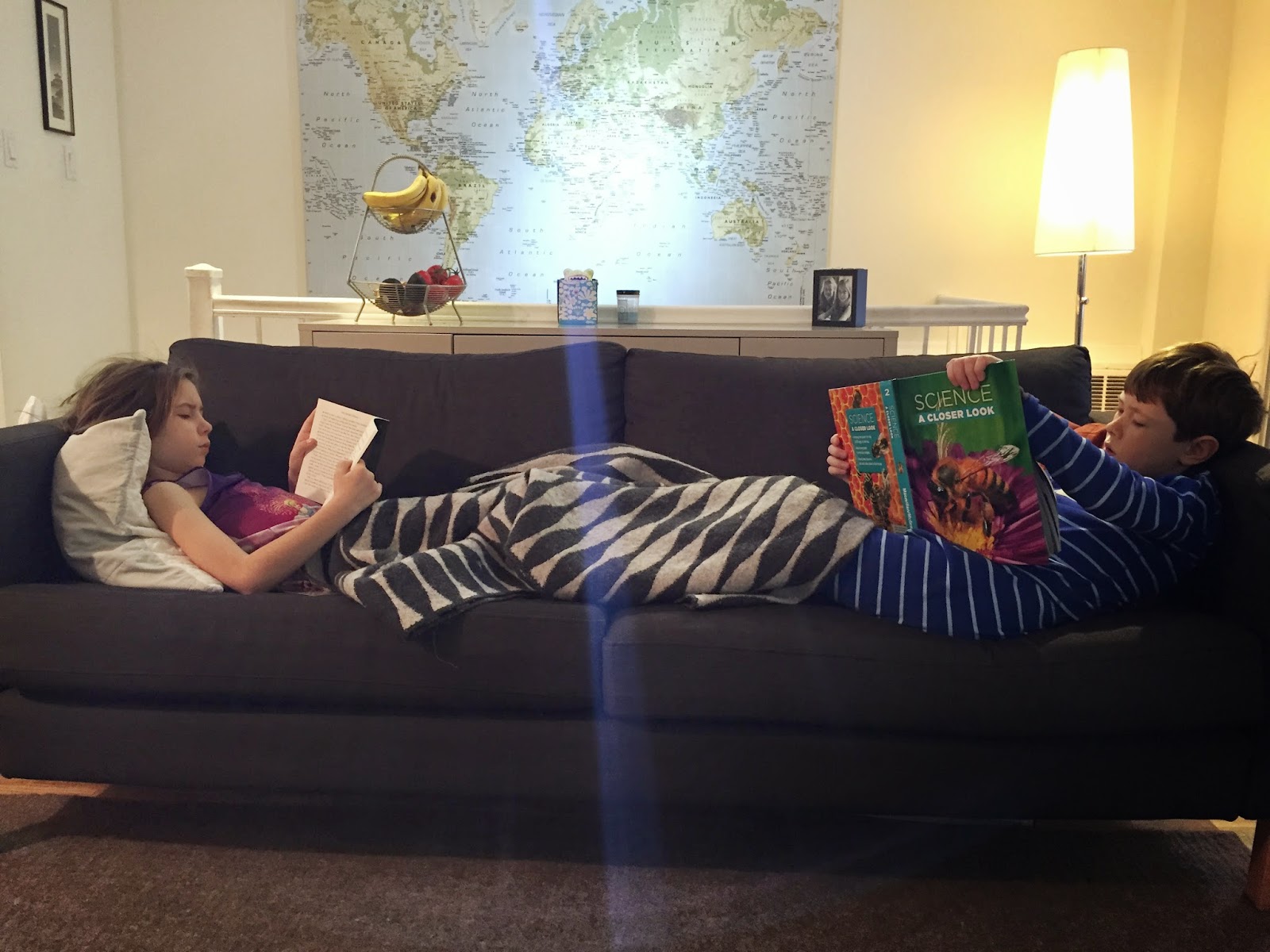 Some moms and I were laughing this week.  It was time to turn in our second quarterly reports as homeschoolers and one of the things we're supposed to report is how many days of school we had and how many absences.  Absences?  Where would we be?

Friday night continues to be the highlight of the week for our entire family.  The kids had a great time learning about Perseus and Medusa, and Andromeda and the Sea Monster while looking at 17th century Italian sculptures at The Met.  And Kevin and I were greeted by a text on my phone from a new homeschool mom friend who also happens to have kids in the Friday night Mythology class.  The text said, "It's Tequila Tasting Night in the Balcony Lounge.  Come up and meet us."  Can someone please pinch me?

Saturday was Meet the Scientist Day at the Natural History Museum.  You may remember that Kevin and Holden went alone last time (Holden met a herpetologist).  This time we all got to go and fortunately for Holden, this month's scientist was a real, live paleontologist. 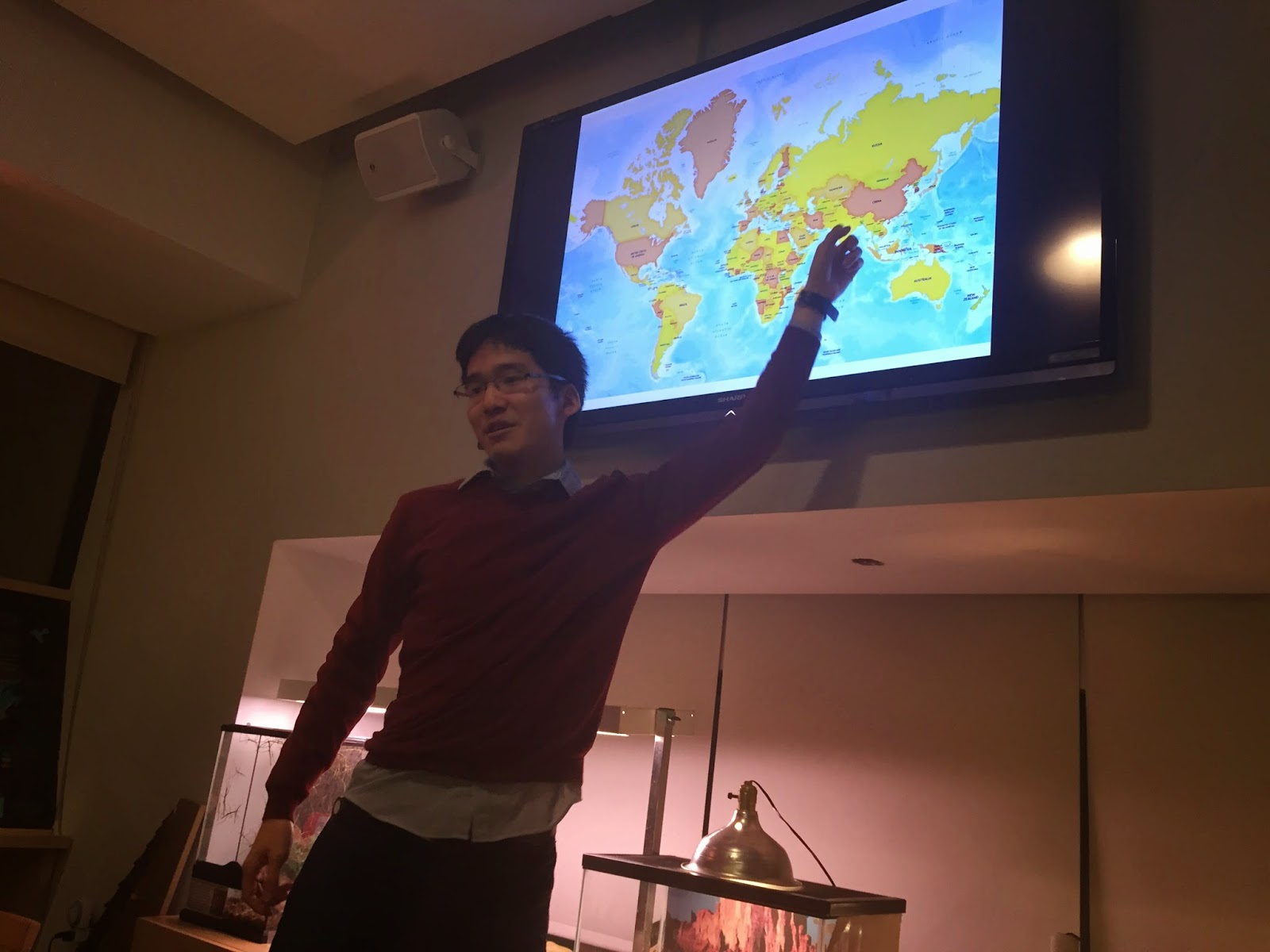 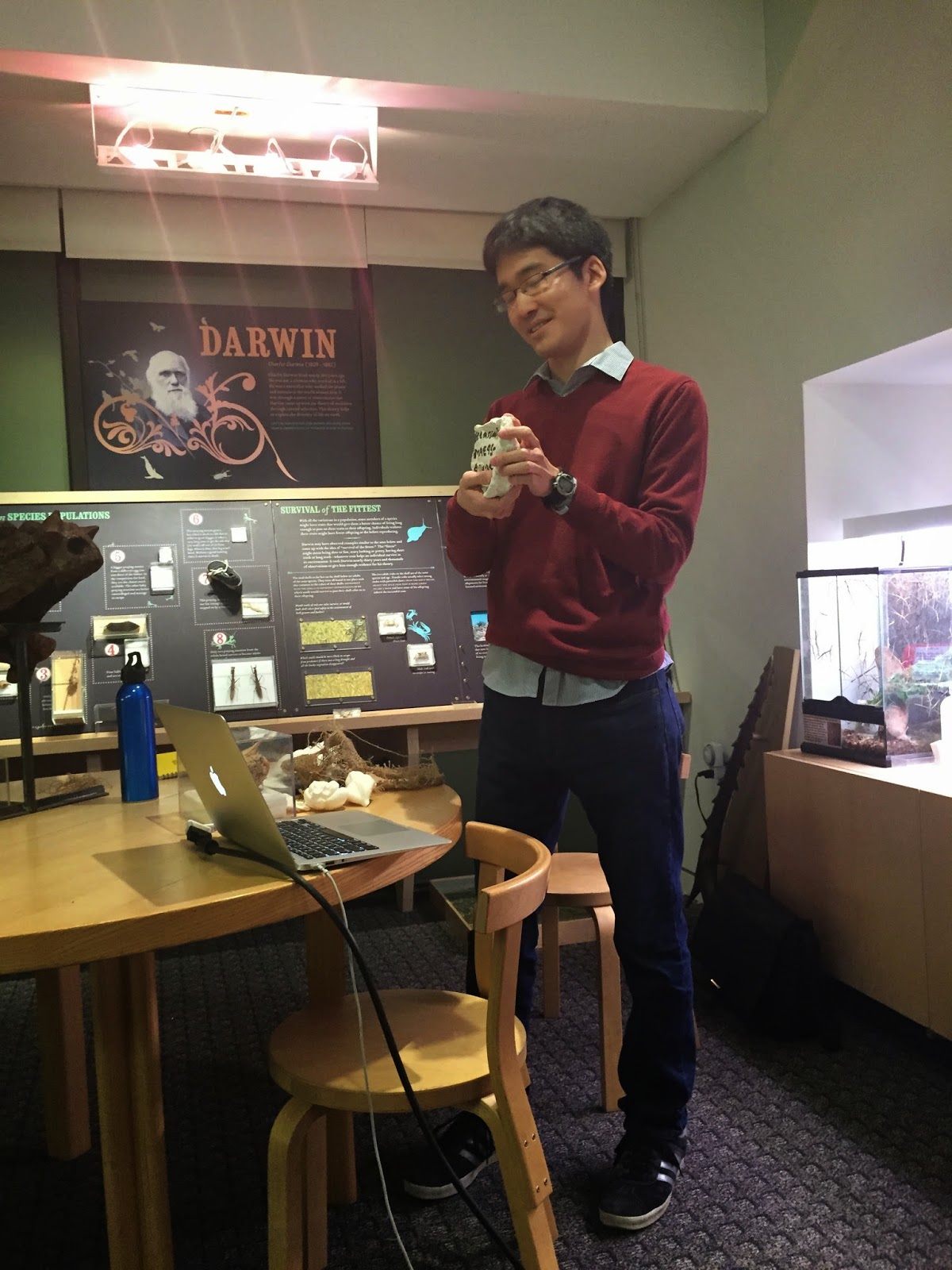 They also had some biological anthropologists hanging out in the Human Evolution area, waiting to answer questions.  Holden had many, like, "Is my brain grey?" 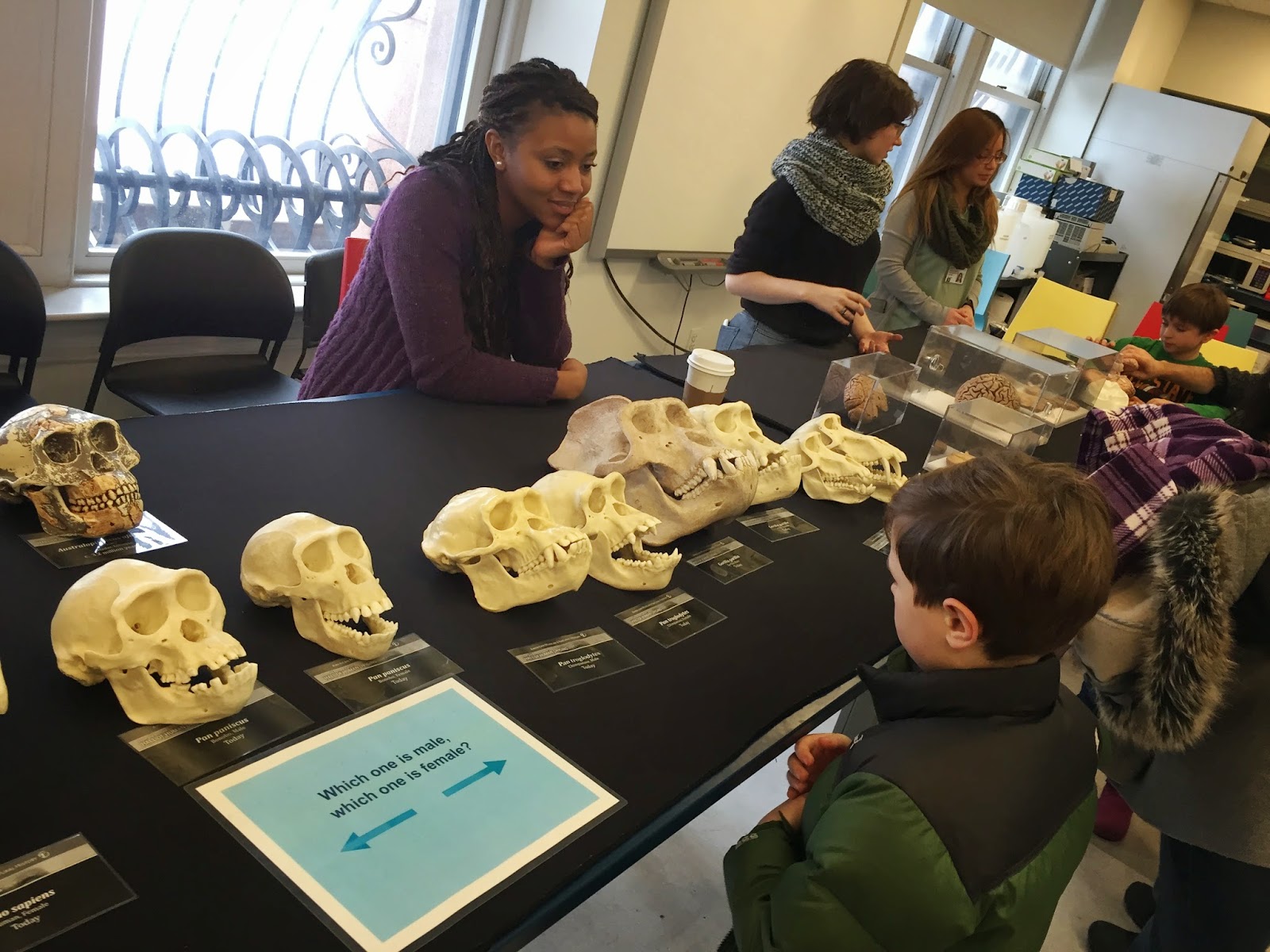 We started off Sunday, after a brisk walk across the park, at the Guggenheim Museum.  On the second Sunday of each month they lead children's tours and have art projects for them to do.  This was our first time taking part at this museum (although we've been there several times and are members). 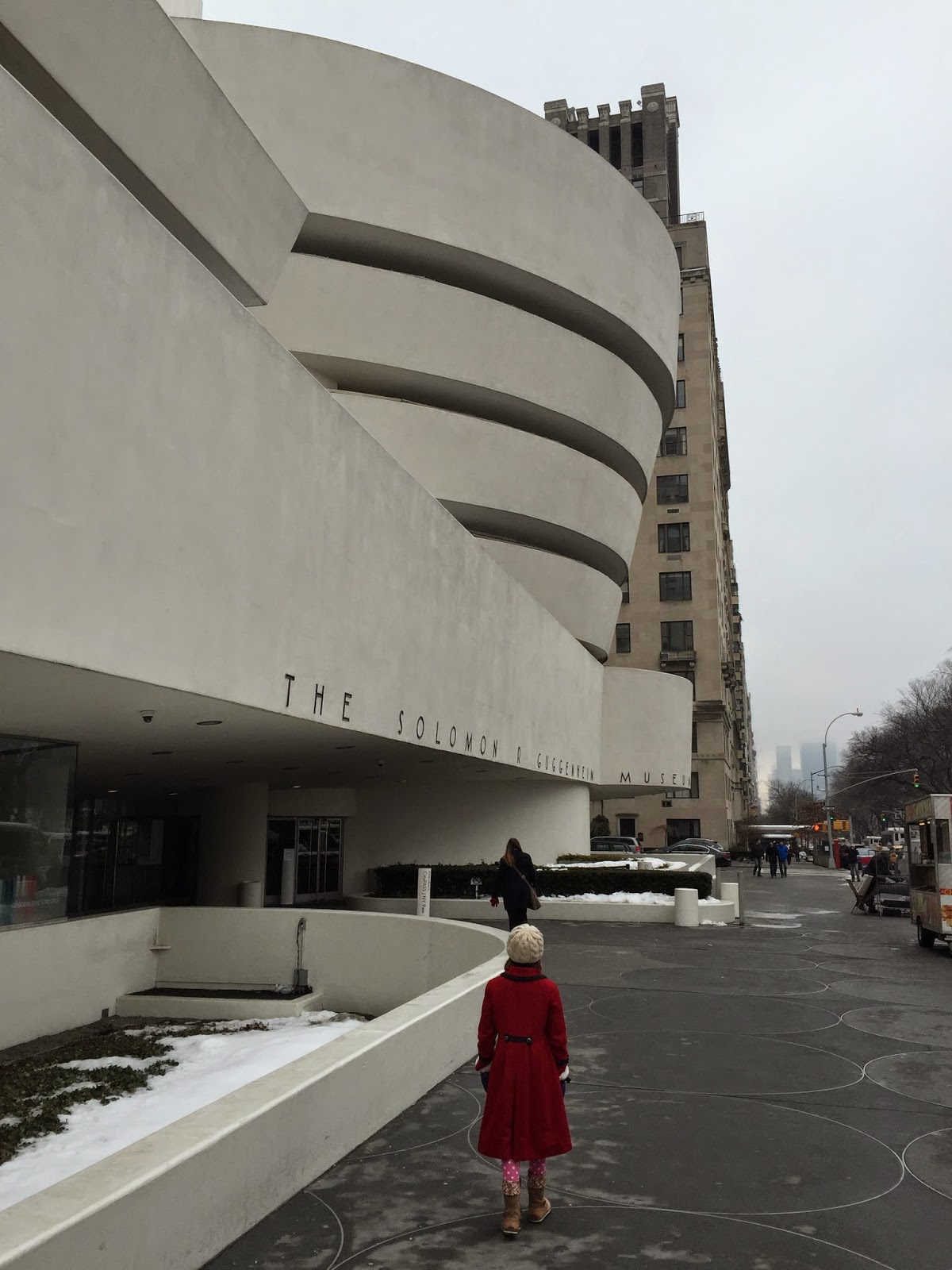 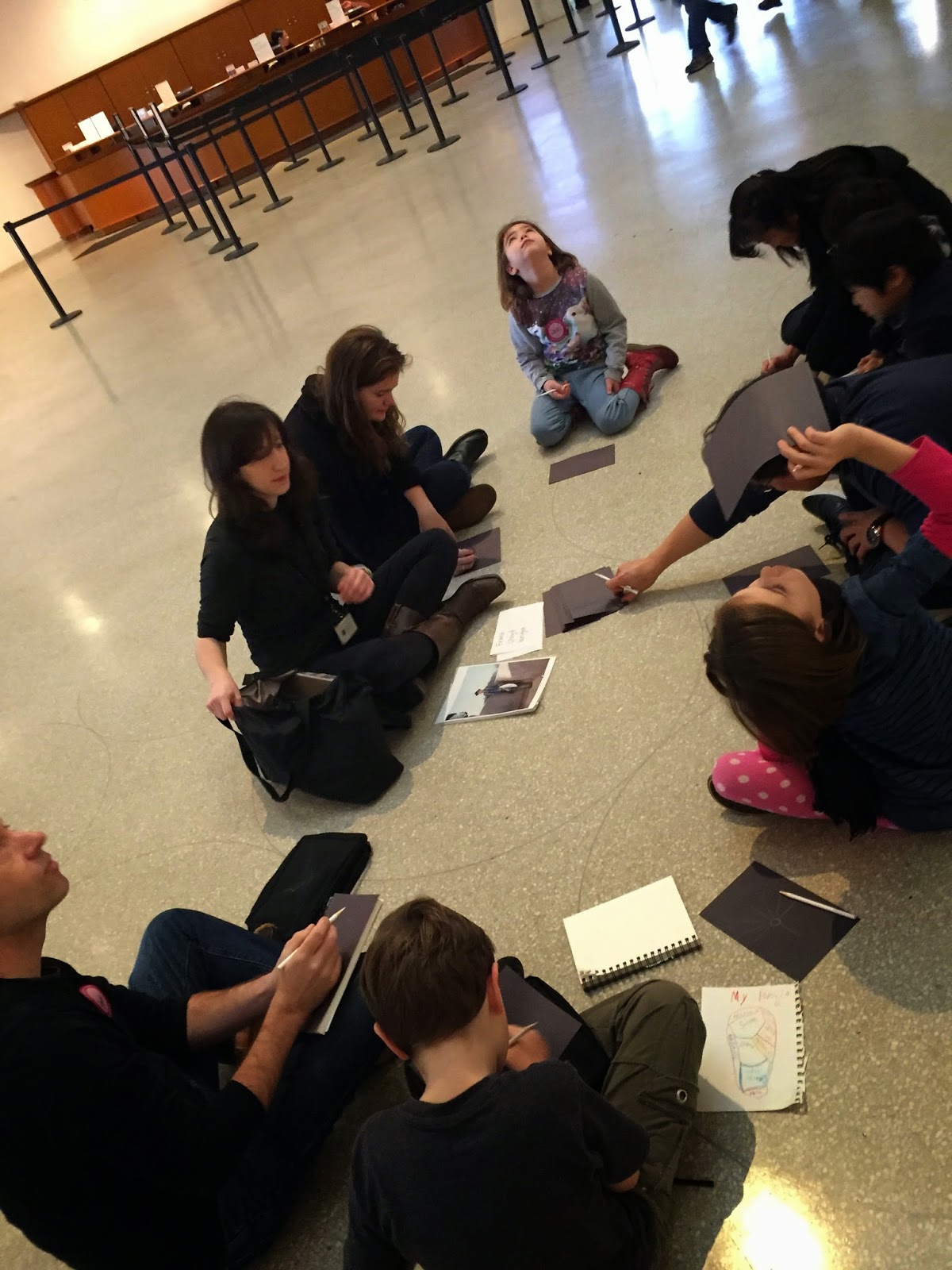 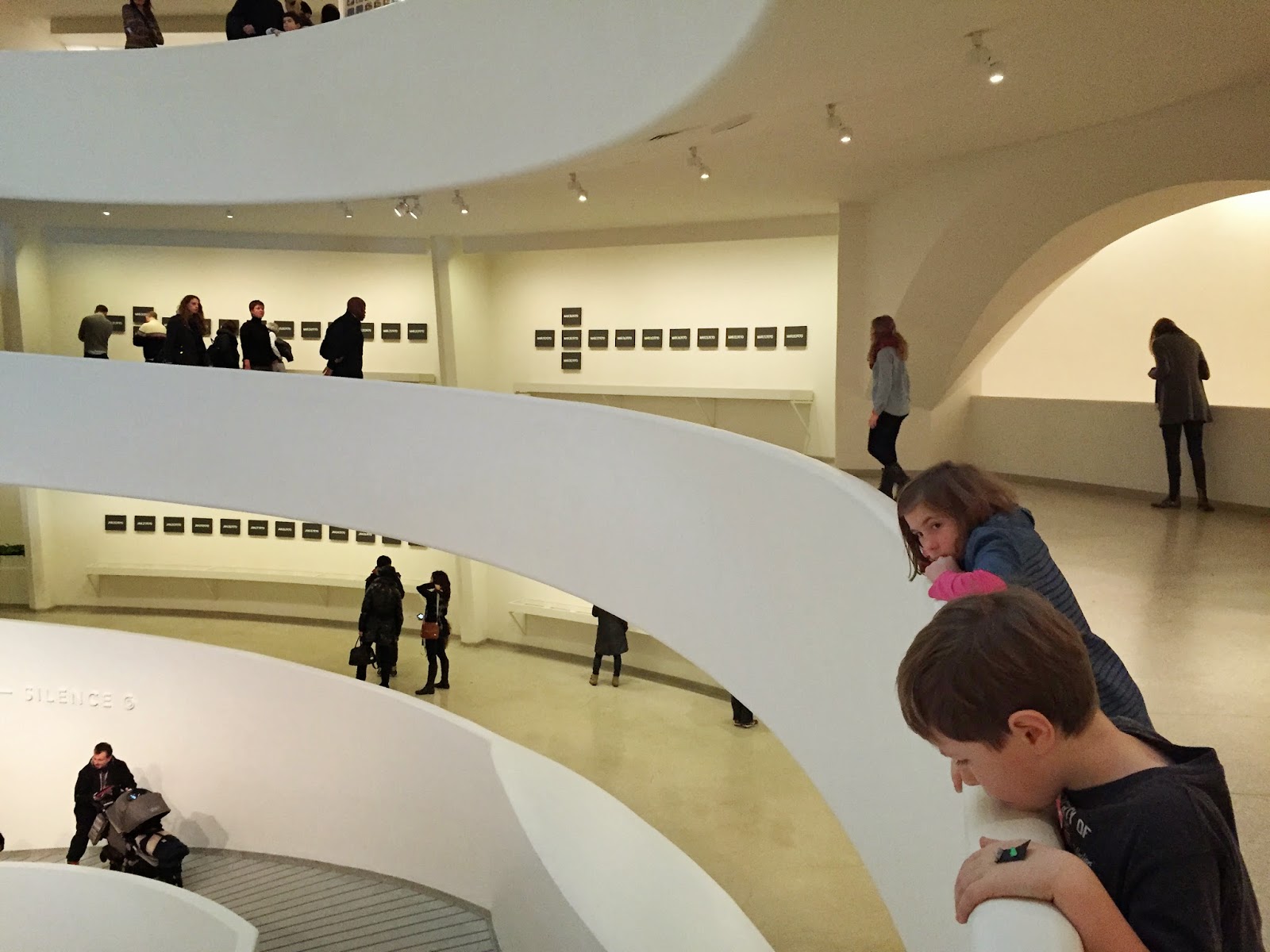 In just an hour we got a great tour of their current exhibit by an artist named On Kawara, saw early works by Kandinsky (pre-abstract) and we all got to do three different art projects.  An hour well spent. 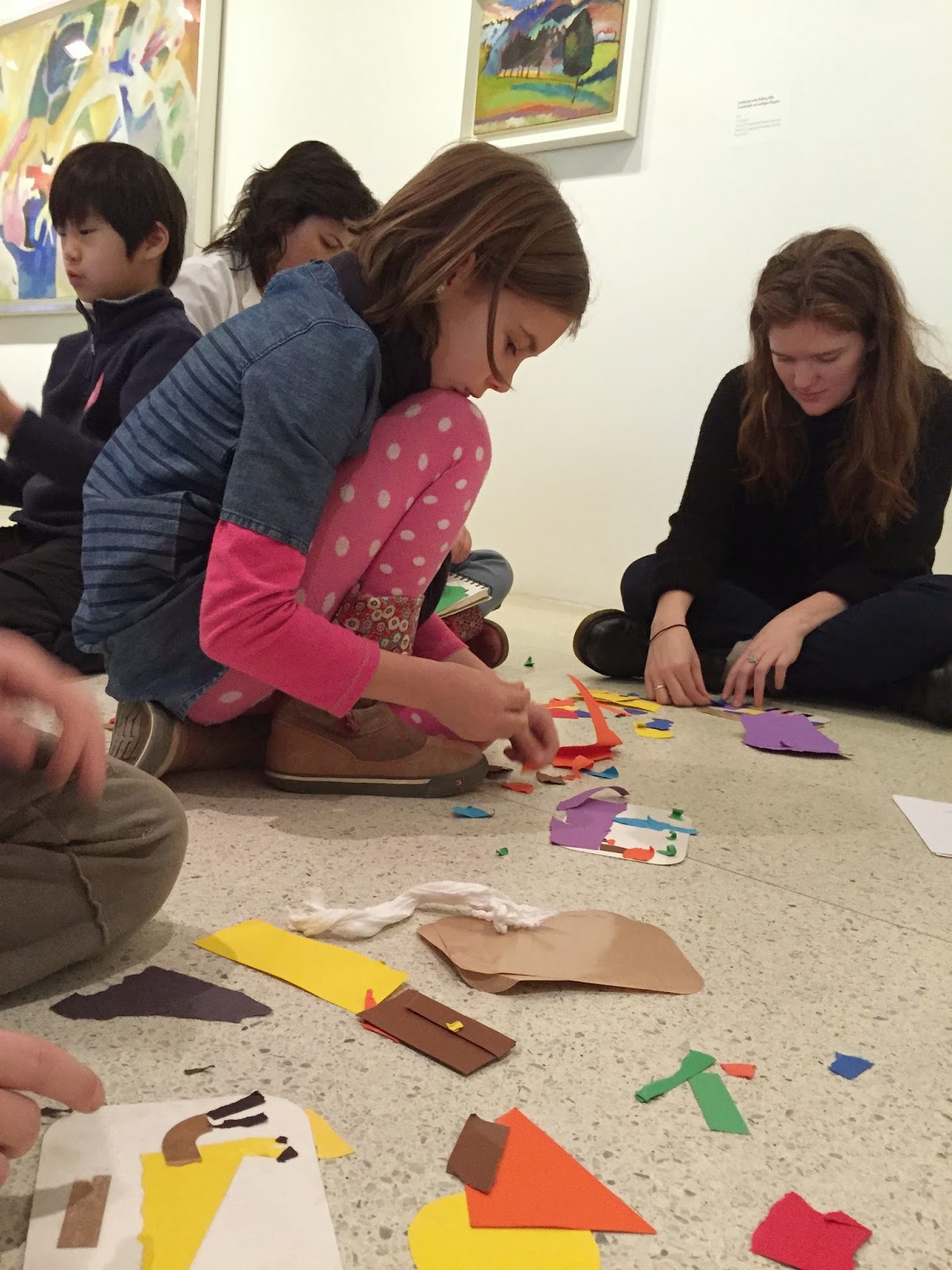 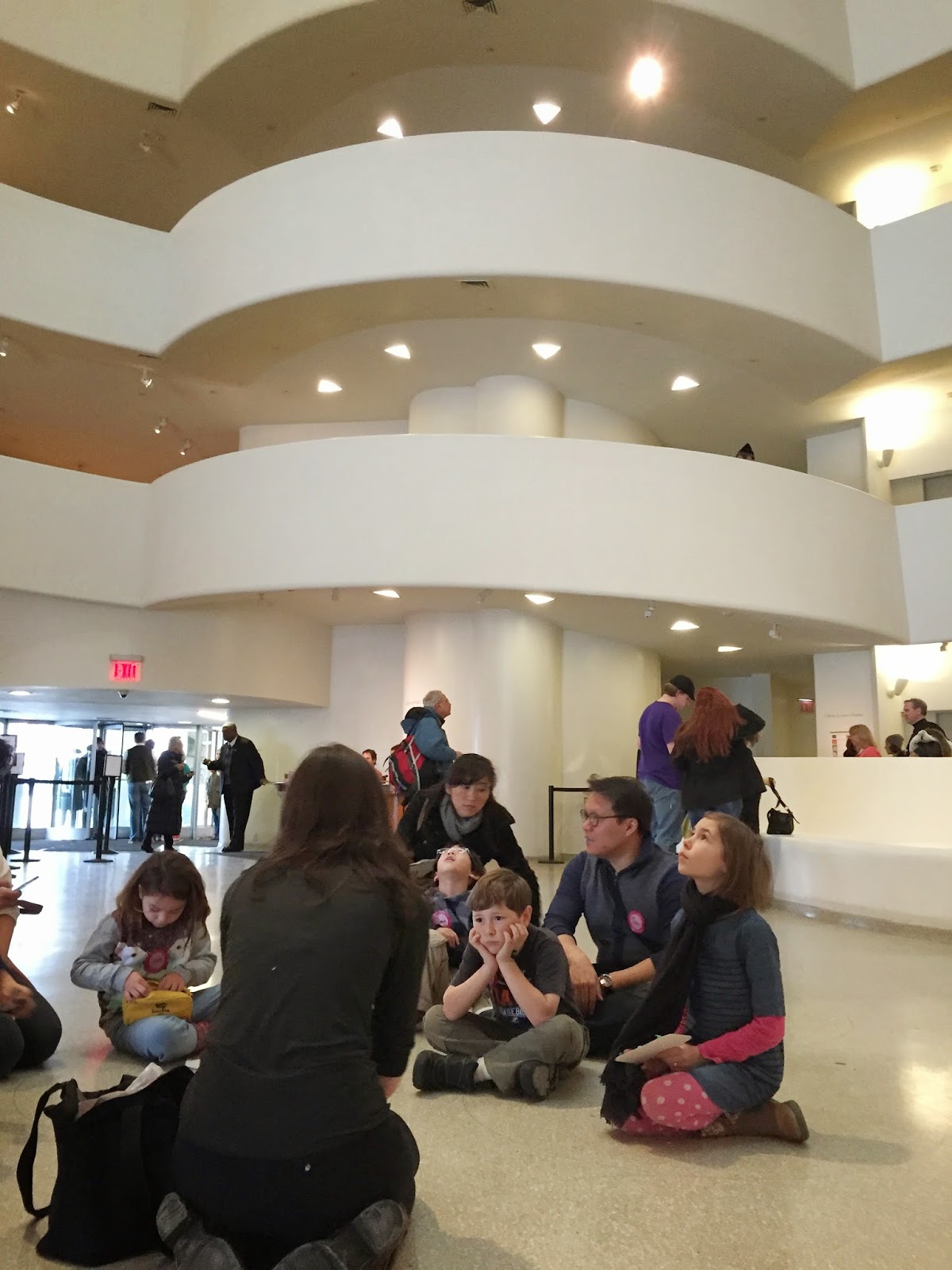 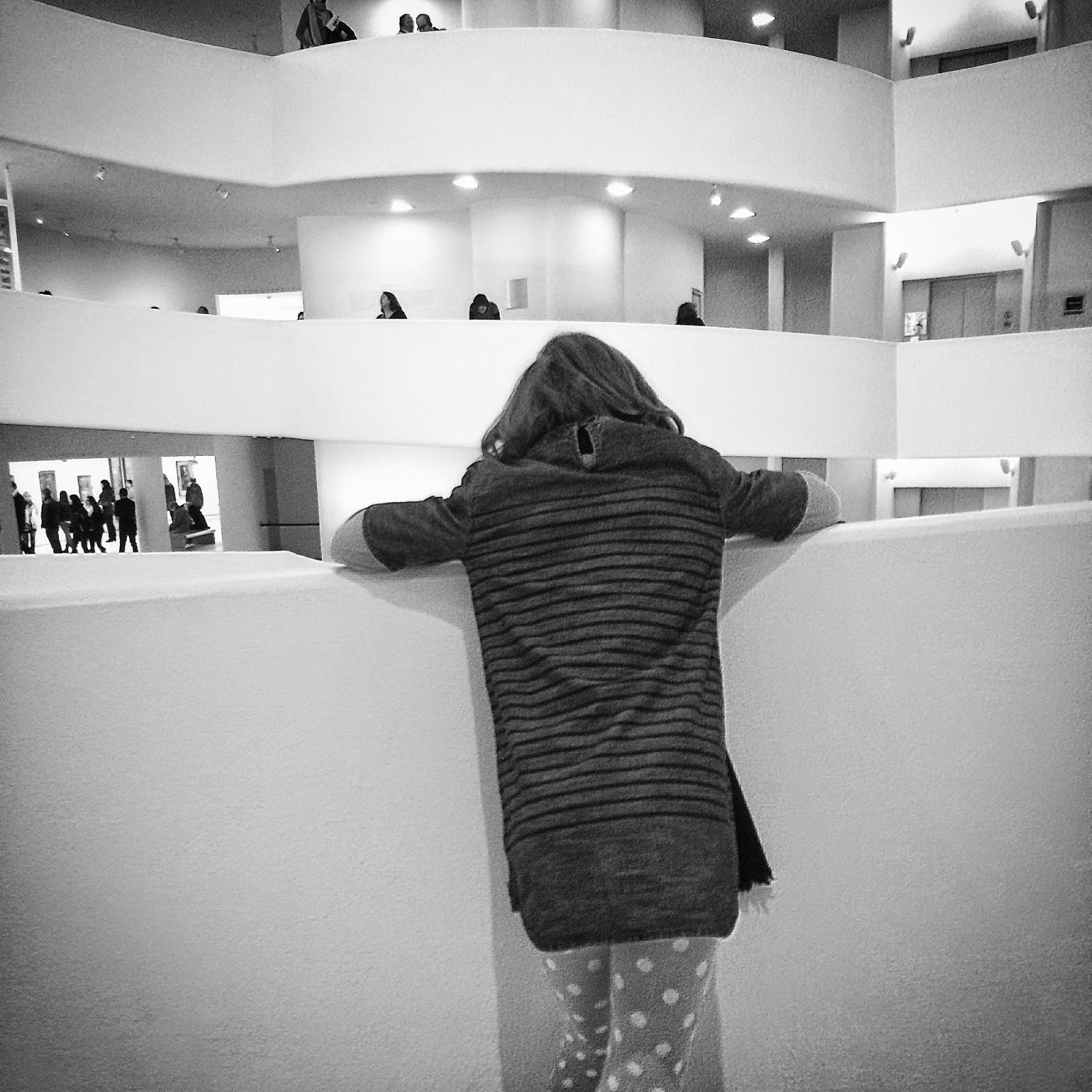 Once again, being led through a museum by a docent made all the difference.  Neither Kevin nor I were very excited about seeing the On Kawara exhibit.  Almost all of his paintings are of the date of the day that the painting was made.  He painted every day and if he didn't complete the work in the same day, he destroyed it (OCD much?).  But having someone explain to you about the artist and what went behind the work (especially when it's conceptual art), all of a sudden a bunch of paintings of dates become very interesting.  He also cut out newspaper articles for each day of each of his paintings and kept them in dozens (hundreds?) of binders that were on display.  He sent hundreds of postcards and telegrams to friends, one each day, just to say, "I am still alive." I thought it was not unlike posting photos of our meals or relaying our daily activities on Facebook and Twitter.  We just want to let someone know that we are still alive.

Also on the second Sunday of each month is the ever-favorite, Science Teacher Sarah.  This month's "class" was called Edible Astronomy.  The kids learned about the moon phases using Oreo cookies, and made complete Solar Systems out of Starburst candies.  They simulated asteroids hitting the atmosphere by throwing M&Ms at clouds of whipped cream.  Science and junk food?  The kids were in heaven. 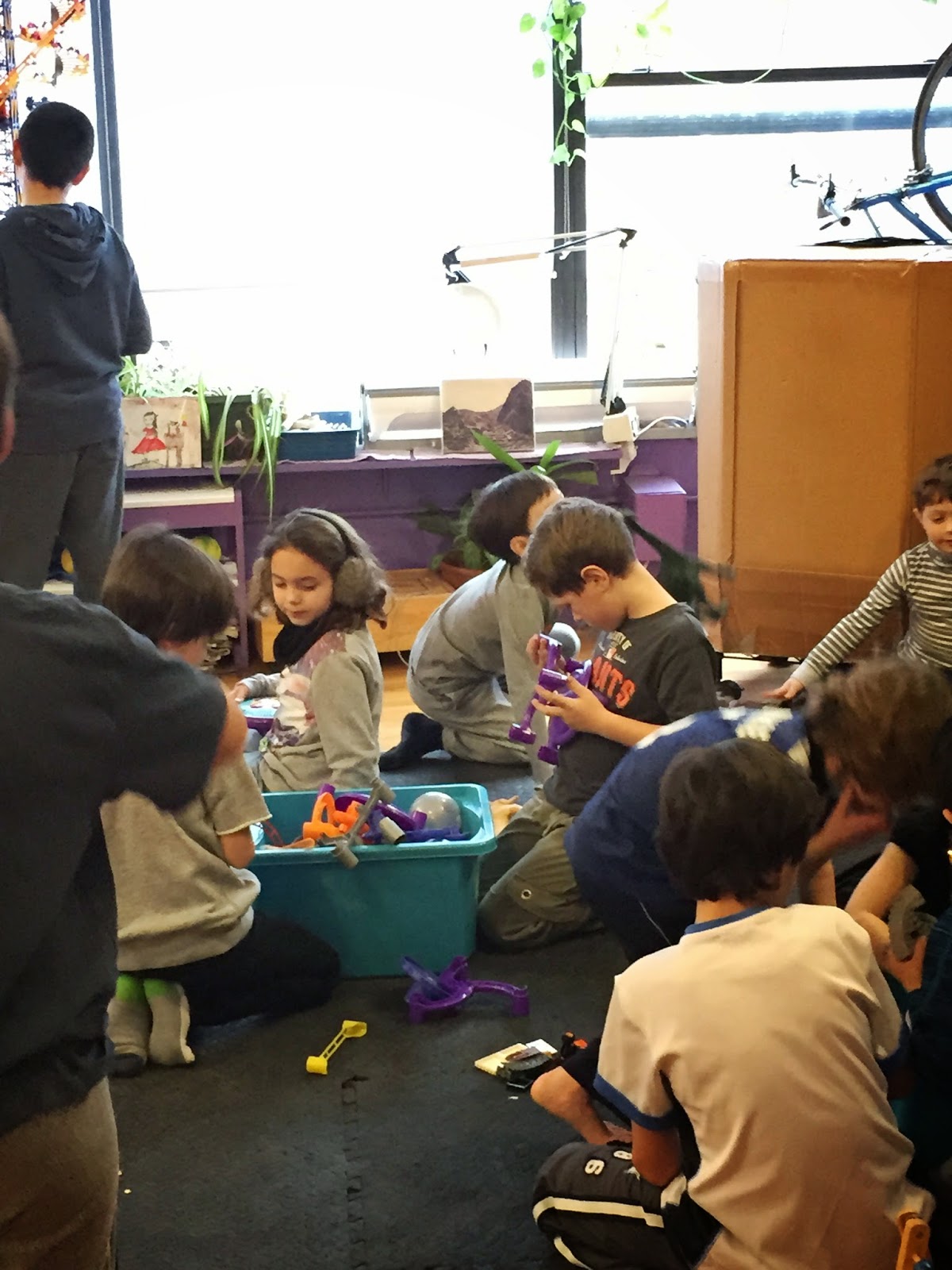 While Ella and Holden spent two and a half hours getting a sugar high, Kevin and I wandered down to the East Village and found an authentic Japanese tea house (I say authentic because everyone there was speaking Japanese, except us).  It was up a long dark stairway and we were instantly transported a few thousand miles away. 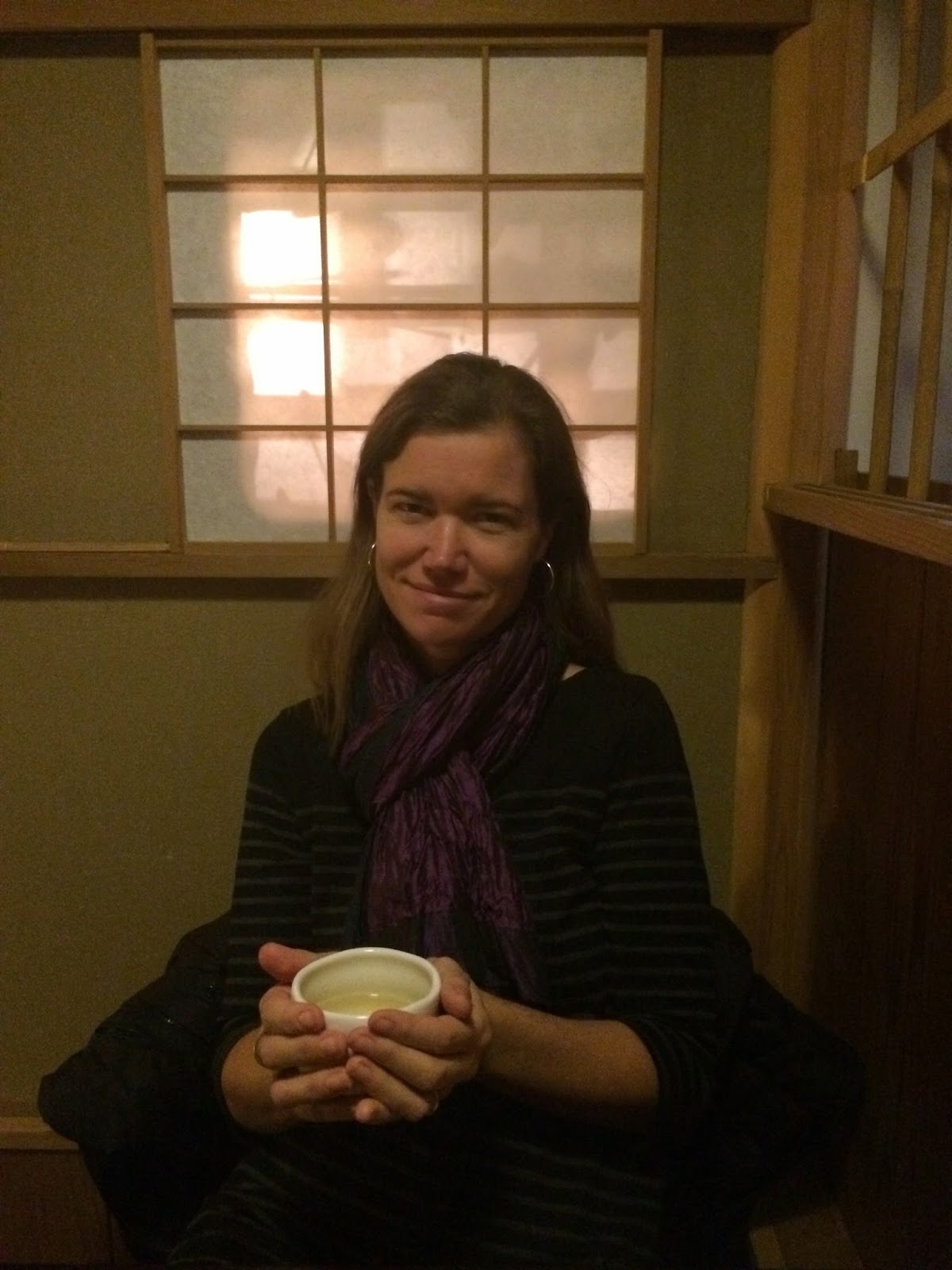 In case you didn't get my postcard, I am definitely still alive.
Posted by Gretchen at 2:59 PM