Saturday was another Divide and Conquer Day.  But rather than divide up along gender lines or even parent/child lines, Team Skaggs broke up into 3:1, leaving me to spend some much needed time alone. 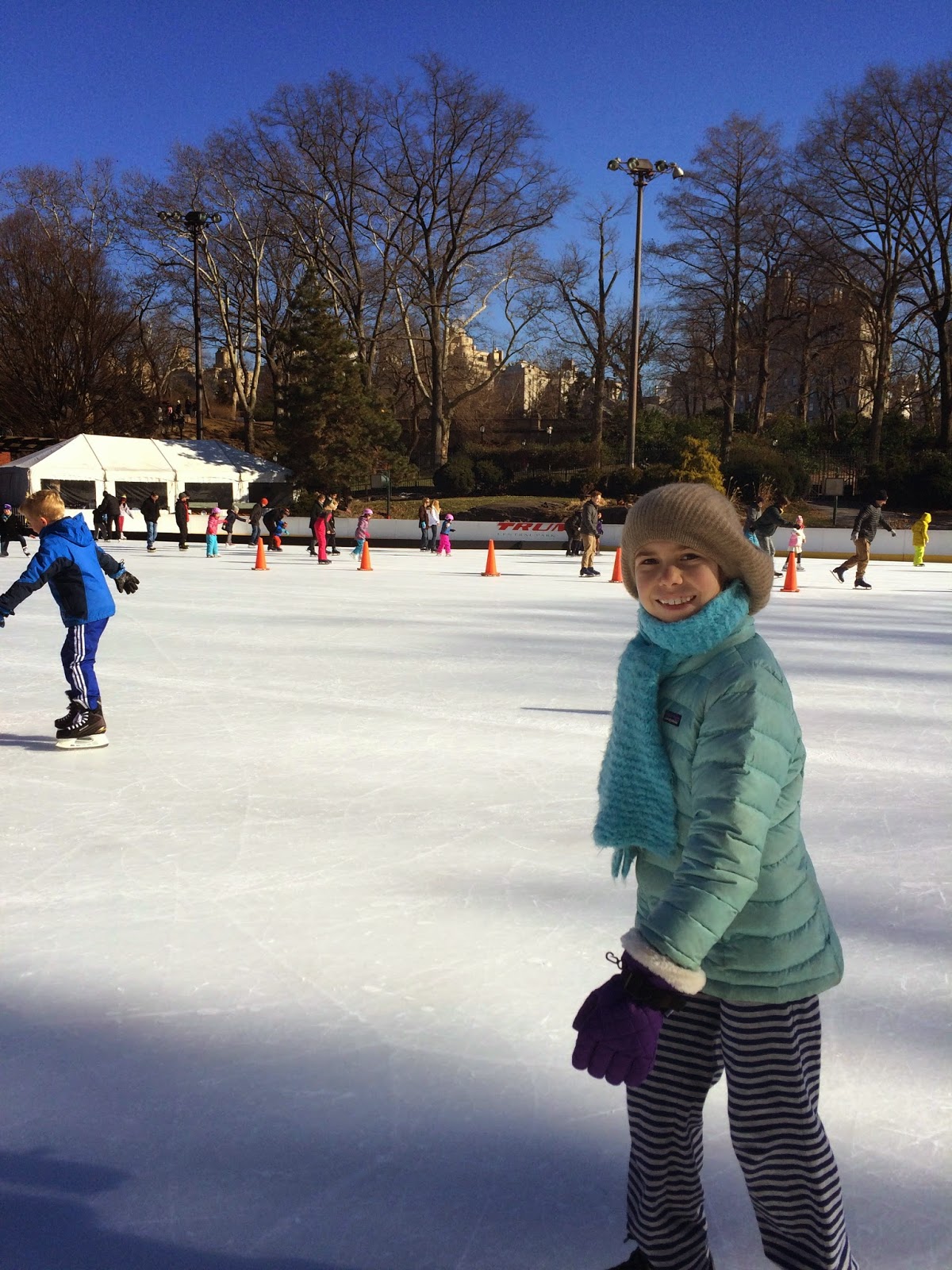 Kevin took the kids to Central Park where they ice skated (which went a lot better this time for Ella since the rink in the park was much less crowded than when we attempted skating back in December in Bryant Park), met Betty and Veronica, the new Grizzly Bears at the Central Park Zoo, and even stopped in the Park Conservancy where they found tables with chess and checkers, ready and waiting. 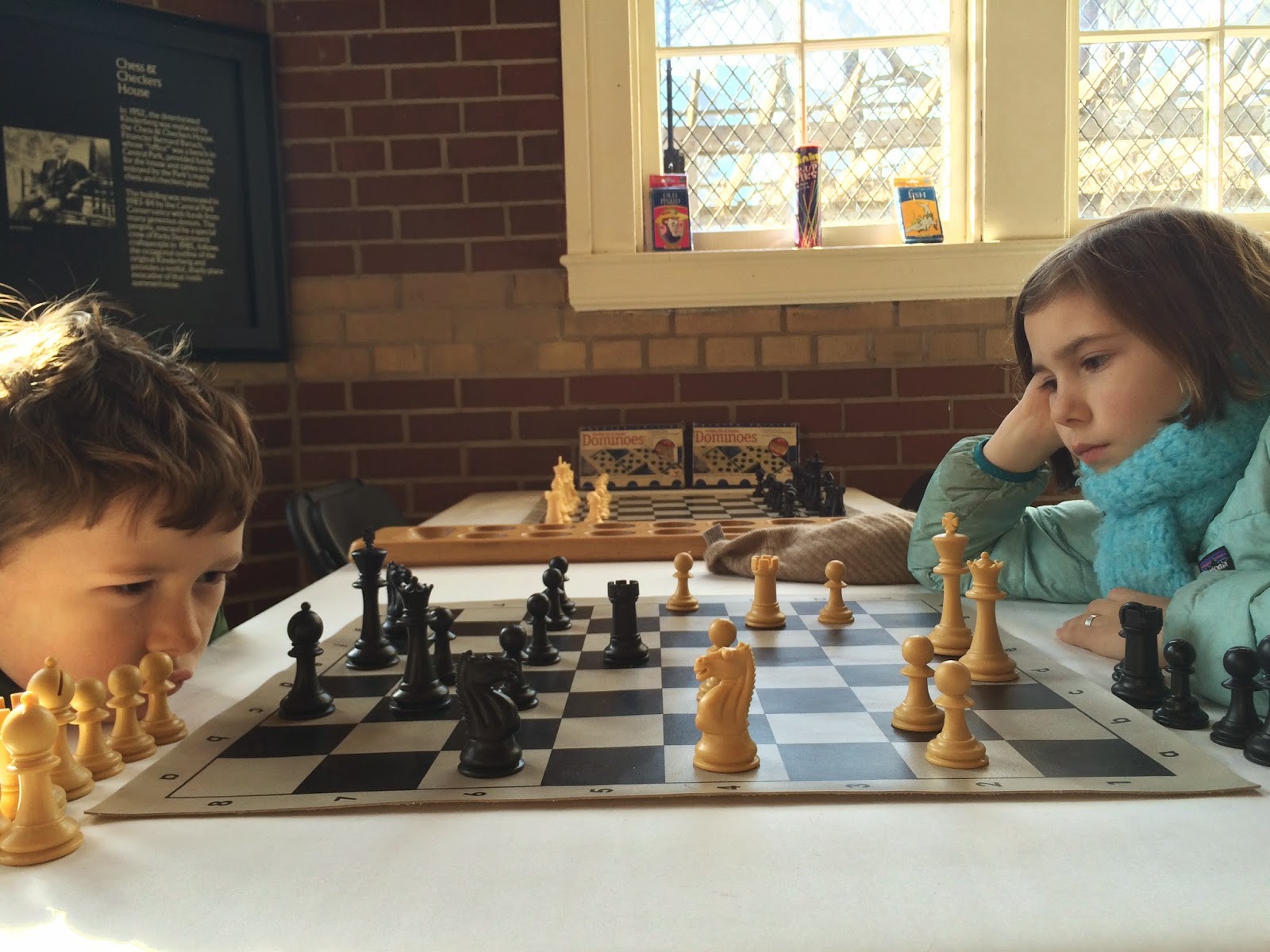 Before meeting up with them at the Main Public Library in Bryant Park, I had a leisurely day having breakfast alone with my newspaper and book, and then went to see the movie Citizenfour about Edward Snowden and NSA spying (highly recommend it).

We had a great time on Sunday at the New York Historical Society.  The kids and I are there at least twice a week (cross-stitch and their homeschool history class) but Kevin hadn't been in a while.  They were having several activities and events related to Martin Luther King Jr. and the Civil Rights movement. 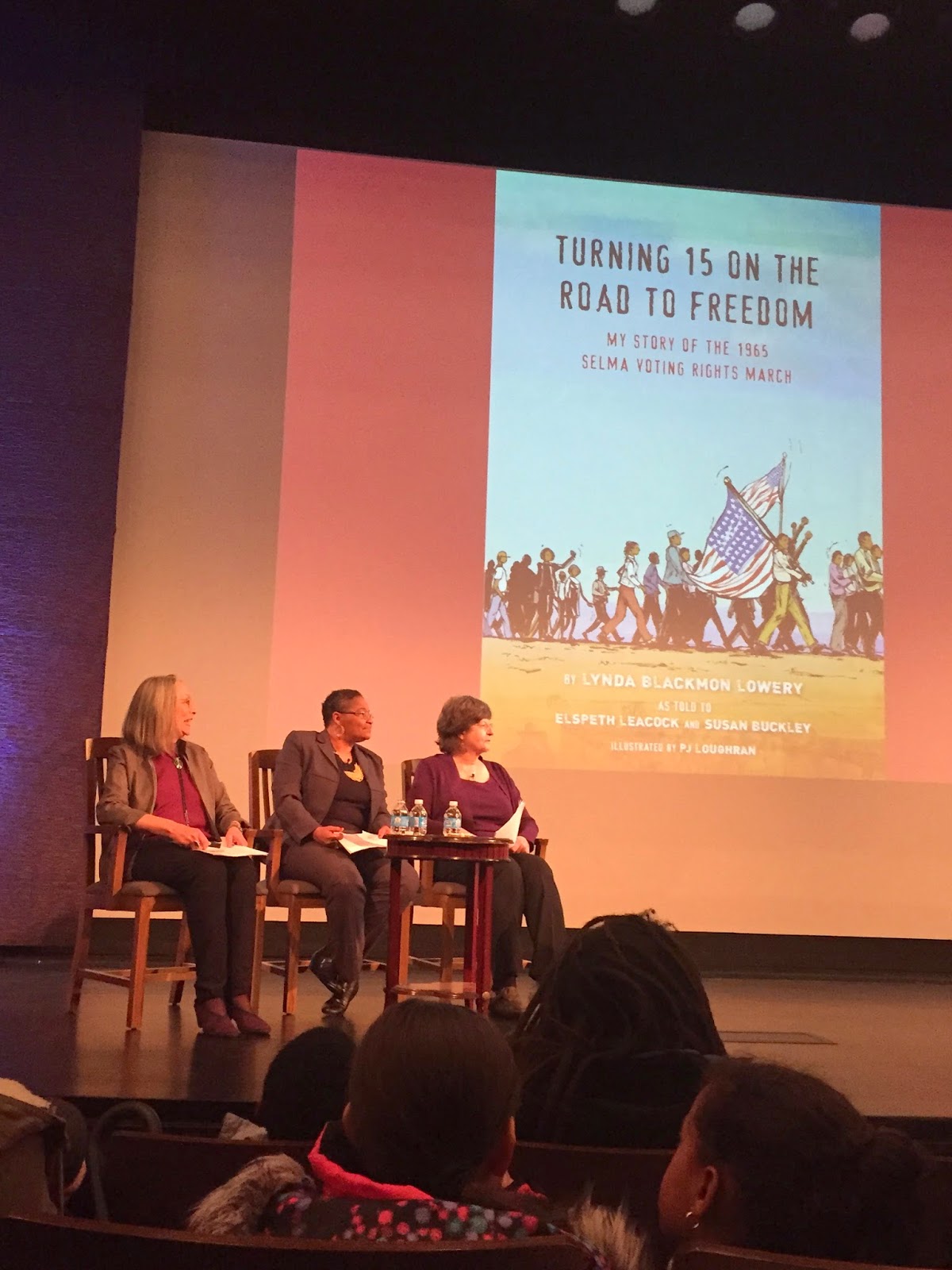 After the kids did a scavenger hunt throughout the museum, we were lucky enough to get to attend a reading of a children's book about the march from Selma to Montgomery, written by the youngest official member of the march, Lynda Blackmon Lowry.  She read from her book Turning 15 on the Road to Freedom: My Story of the Selma Voting Rights March and told us stories of being jailed nine times before that march for other peaceful protests and even of being beaten and sprayed with tear gas as a child, by law enforcement.  Because she was telling her story of being a child involved in these protests, Ella and Holden were riveted. 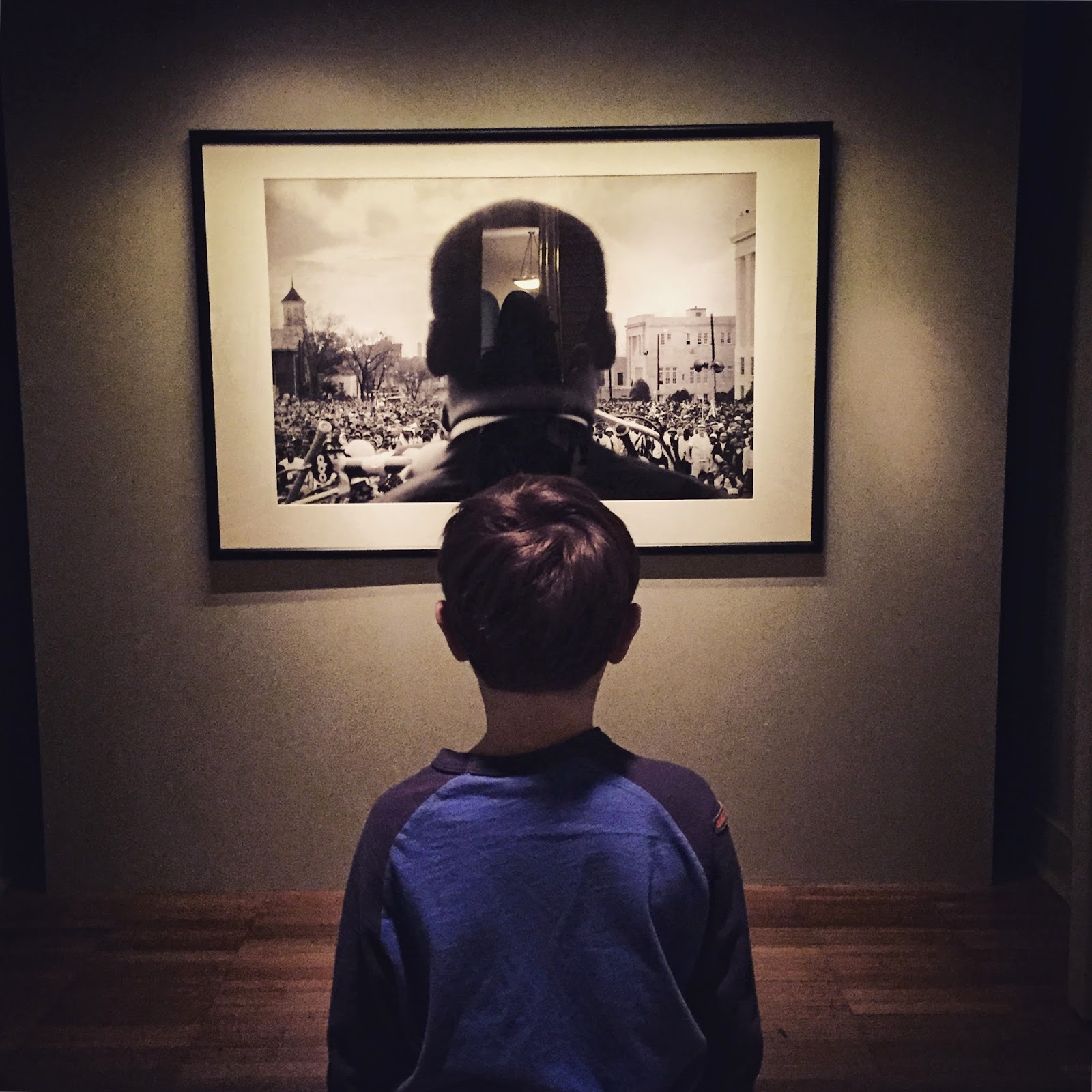 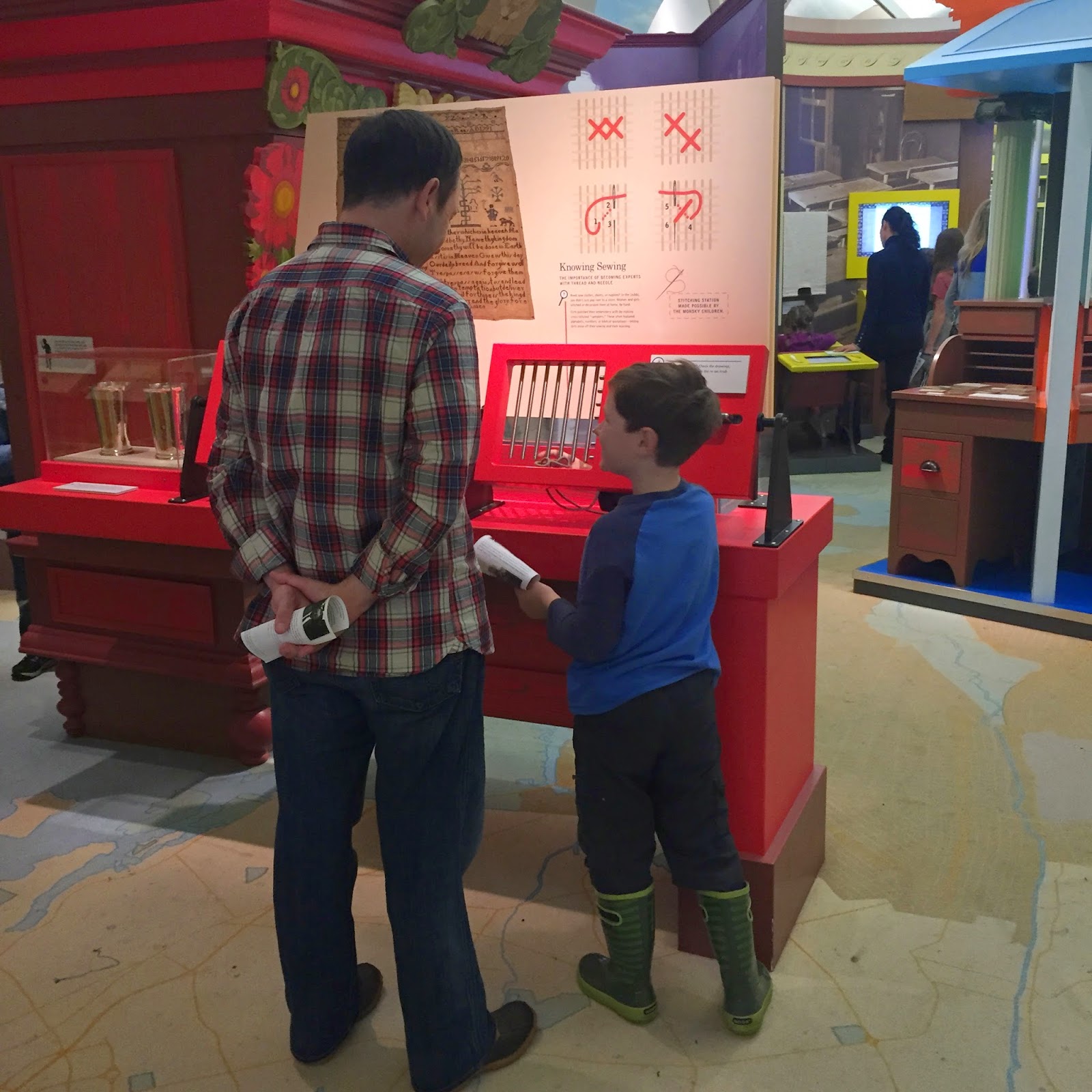 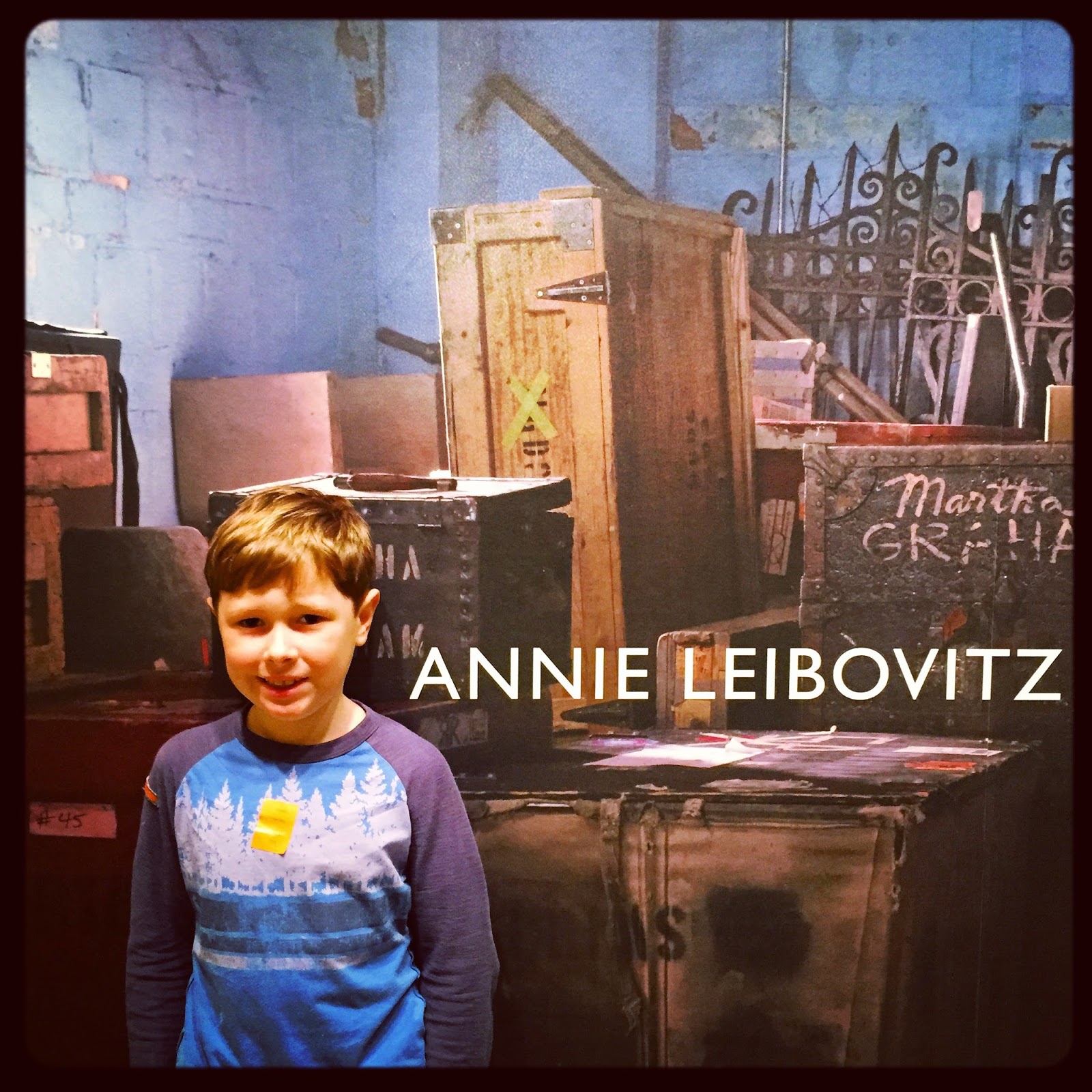 We showed Kevin the exhibits that I had previously seen - one of black and white photos taken at the Selma March, and one of an Annie Leibovitz exhibit, not of portraits but of landscapes and objects and interiors.  Holden even showed Kevin how to cross-stitch.

We realized a few weeks ago that Kevin was actually going to have MLK Day off of work for the first time since I've known him.  He rarely gets the Monday holidays off like MLK Day or Columbus Day.  And so far, the kids and I haven't taken any of them off of school because we've needed that time to catch up on Calvert work.  But for some reason, this year his officewas closed.  So I had the brilliant idea of signing the kids up for Science Teacher Sarah's all day camp and giving Kevin and I a day to hang out alone together.  It was our first since moving to New York.


The kids were so happy to spend the day making messes with crazy science experiments and exploring Science Teacher Sarah's wacky Greenwich Village apartment, and Kevin and I were thrilled to be able to go out to breakfast together and have a good, long conversation without being interrupted.  Like many people on Monday, we saw the film Selma which was very emotional.  Not for young kids, but I highly recommend seeing it.  We were both in tears.  After the movie we walked past Union Square where they were holding a Black Lives Matter protest against police violence.  It was a good reminder on Martin Luther King Jr's birthday that we still have a long way to go when it comes to civil rights.

We had a bit of time to spare before picking up the kids so we had lunch at Pete's Tavern, the oldest continuously operating restaurant and bar in New York City.  We even happened to sit in the booth where O. Henry wrote the short story, Gift of the Magi. 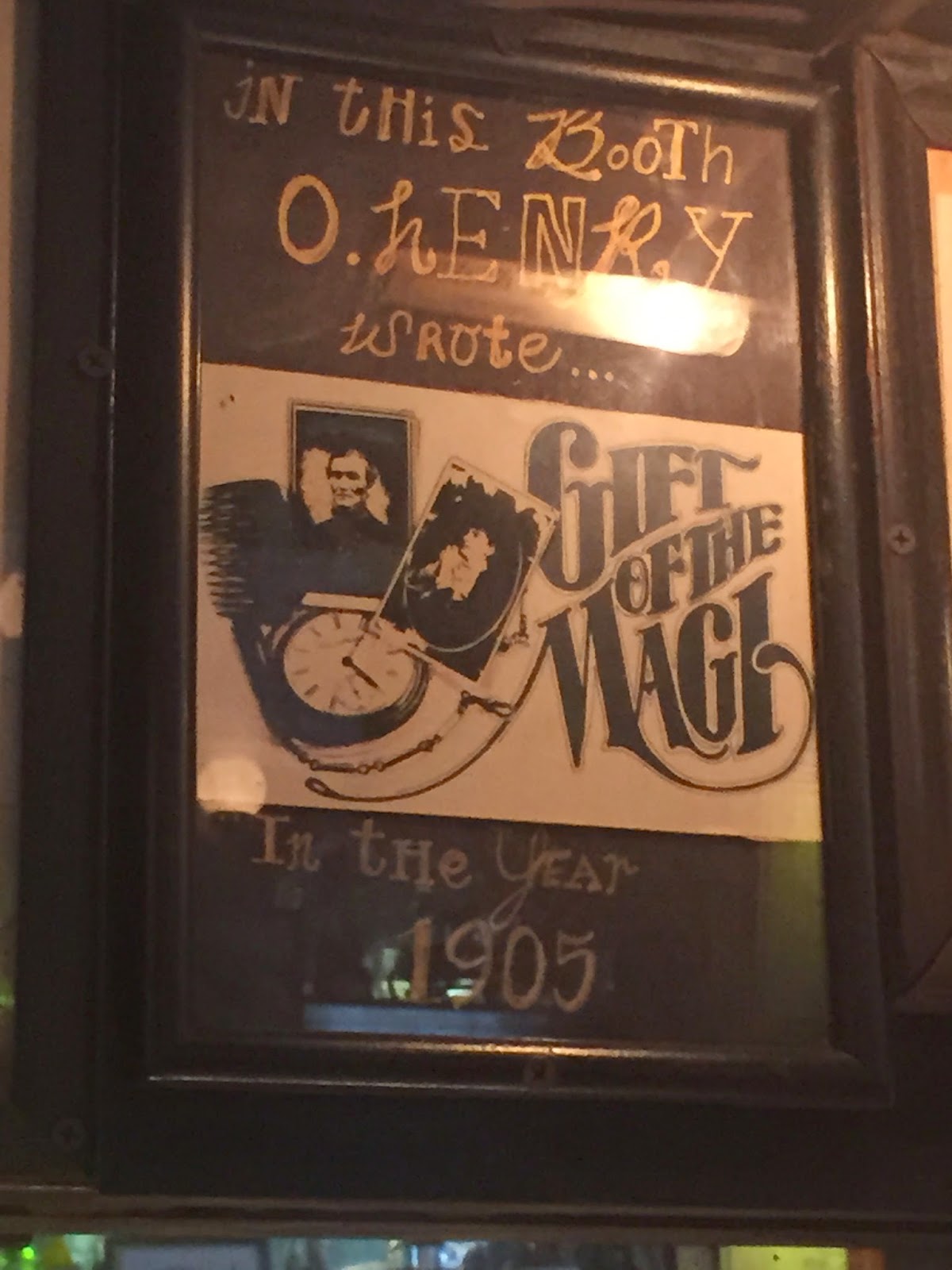 Having gotten our fill of adult time, we picked up the kids and surprised them with something we rarely do - take them out for ice cream sundaes, in the 30 degree weather and all. 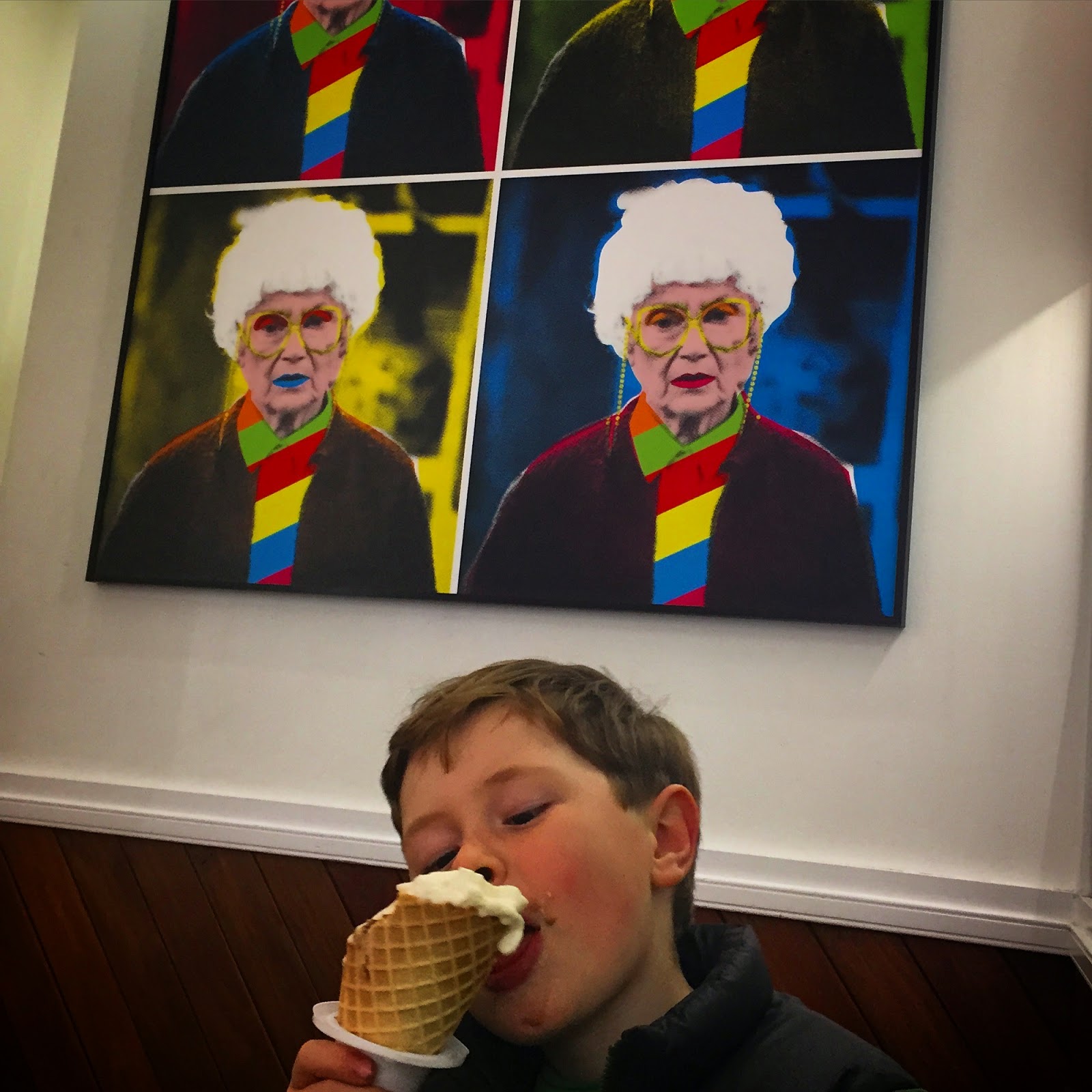