So the thing I realized about snow storms is that they are very quiet.  In California, if you're in the middle of a storm, rain or hail is pounding on the windows, thunder is cracking, trees are blowing in the wind.  You know it's a storm.  But snow is quiet and gentle.  It lands silently.  Even if the winds are high, there are no leaves left on the trees to rustle and make noise.  So on Monday night after we were warned by our mayor to expect the worst, I could hardly sleep.  I kept waking up trying to hear the storm.  When I would look out my window there was definitely more and more snow piling up.  But because it was snow and not rain, and because the only cars allowed on the streets were emergency vehicles, it felt like we were out in the country.  Quiet as could be.


When we all got up on Tuesday morning there was definitely snow out, but honestly, nothing worse than we've seen before.  Apparently, we were very lucky and the storm took a turn away from us and we didn't get nearly the hit that all were expecting.  But by then the mayor had already closed the subways so Kevin couldn't get to work in the morning.  Imagine what a 900 square foot apartment feels like with two homeschoolers, one teacher/mom, and one work-from-home dad.  Cramped, shall we say. 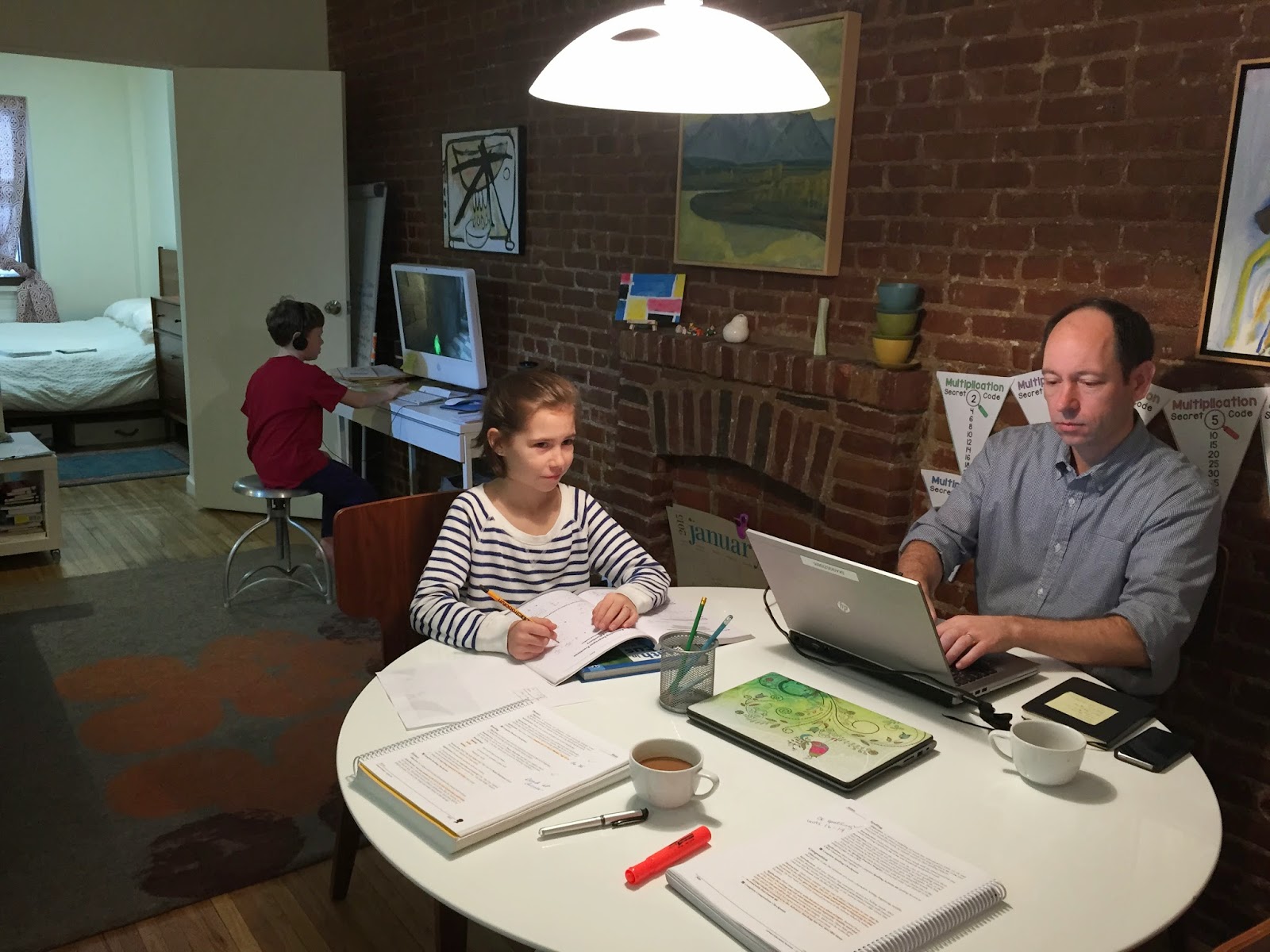 By early afternoon we all needed to get out of the dungeon apartment and get some fresh air.  As soon as we stepped outside we saw the line of kids dragging their sleds past our house towards Central Park.  They had the same idea we did. 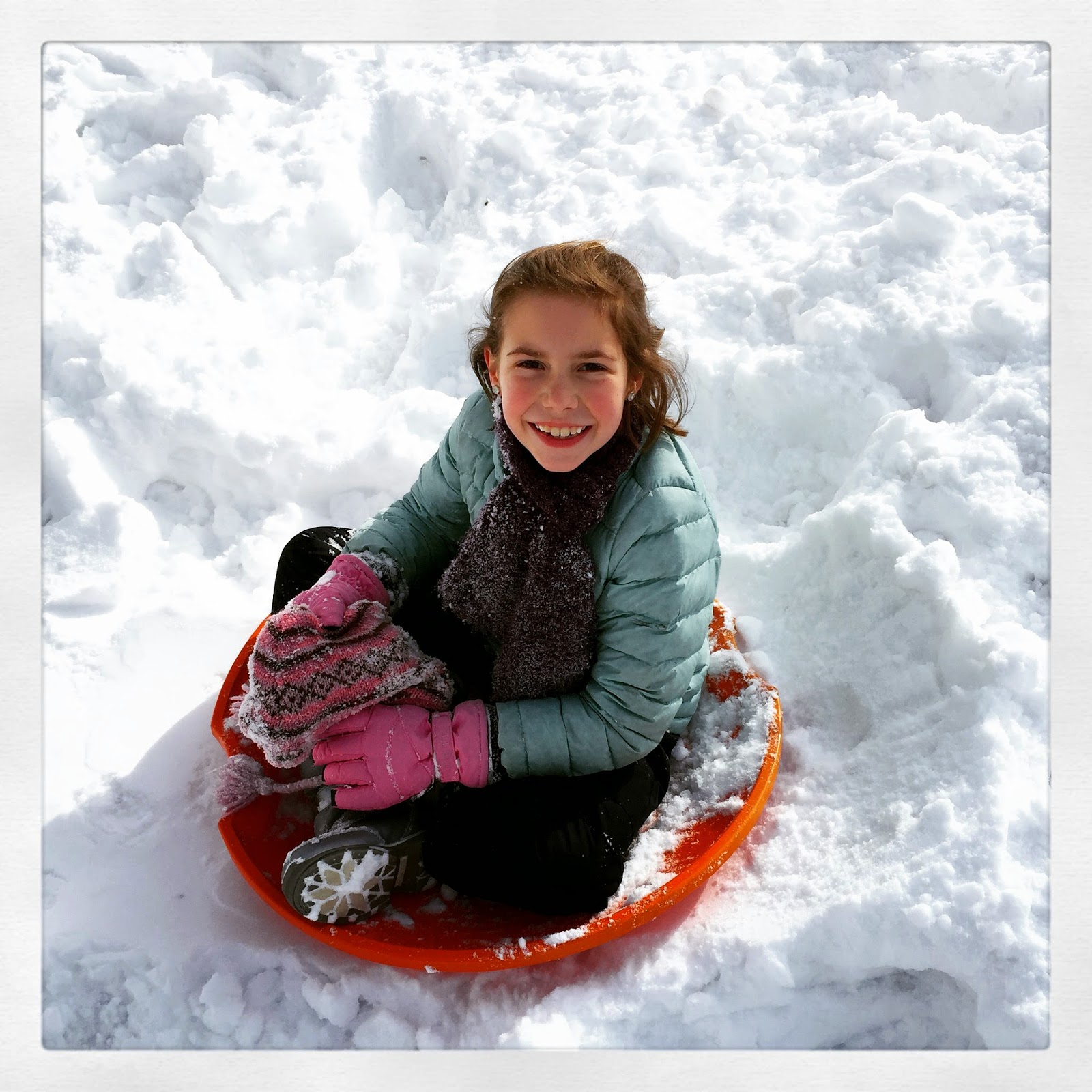 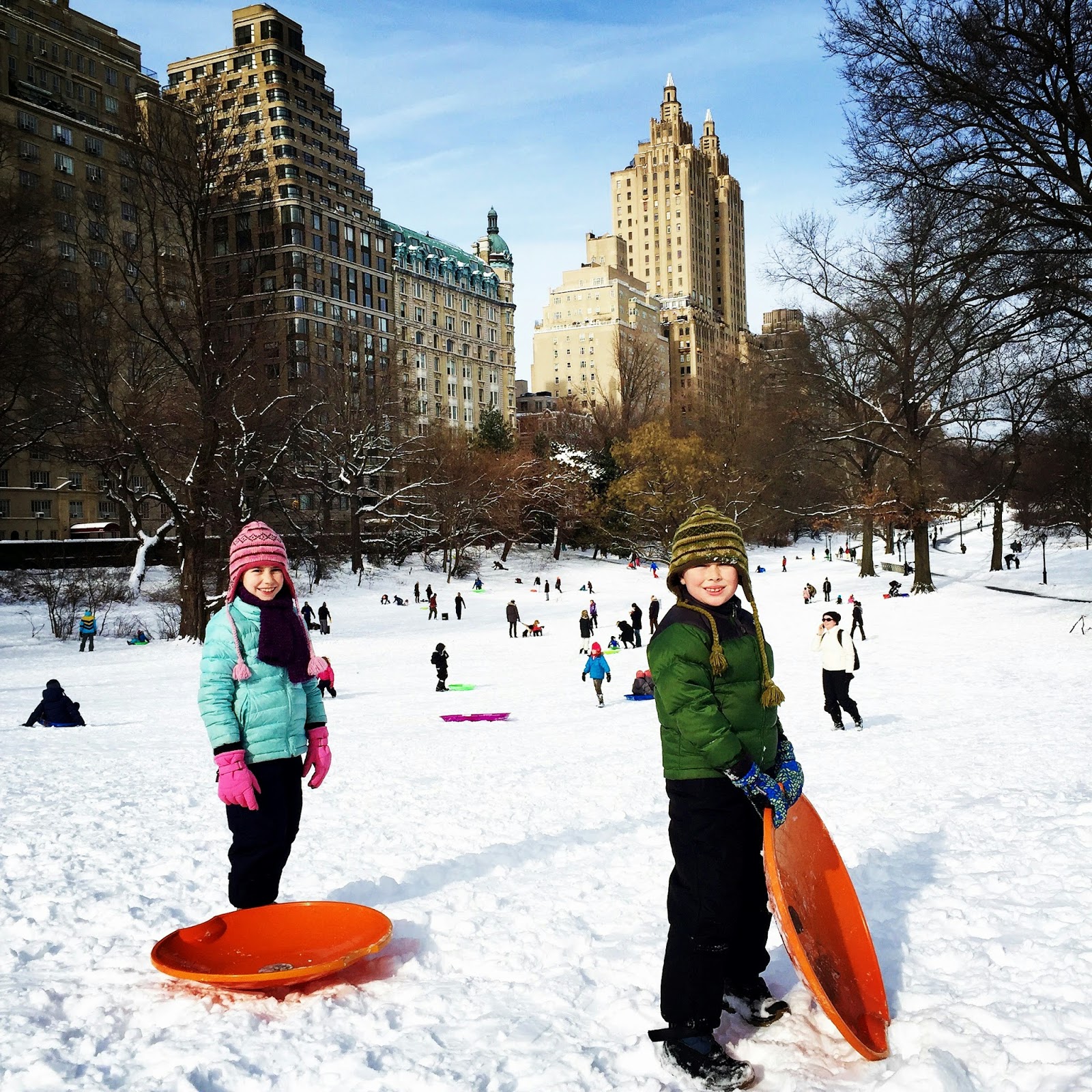 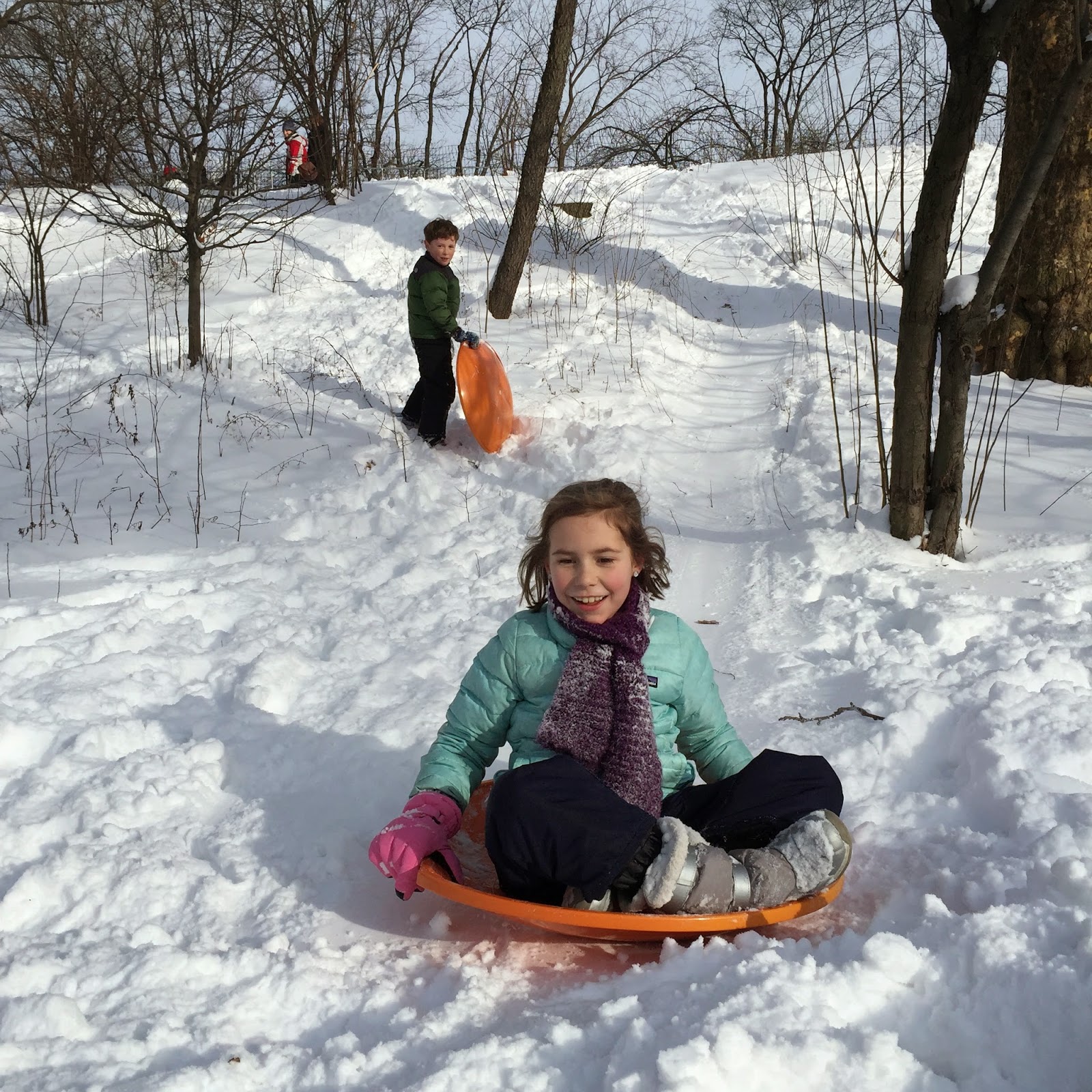 It was actually a gorgeous, sunny day out.  Snowmageddon only dropped about 6-9" of snow.  The temperatures weren't even that cold (high 20s) and very little wind.  Even Starbucks was open.  How bad could it be?
Posted by Gretchen at 4:38 PM