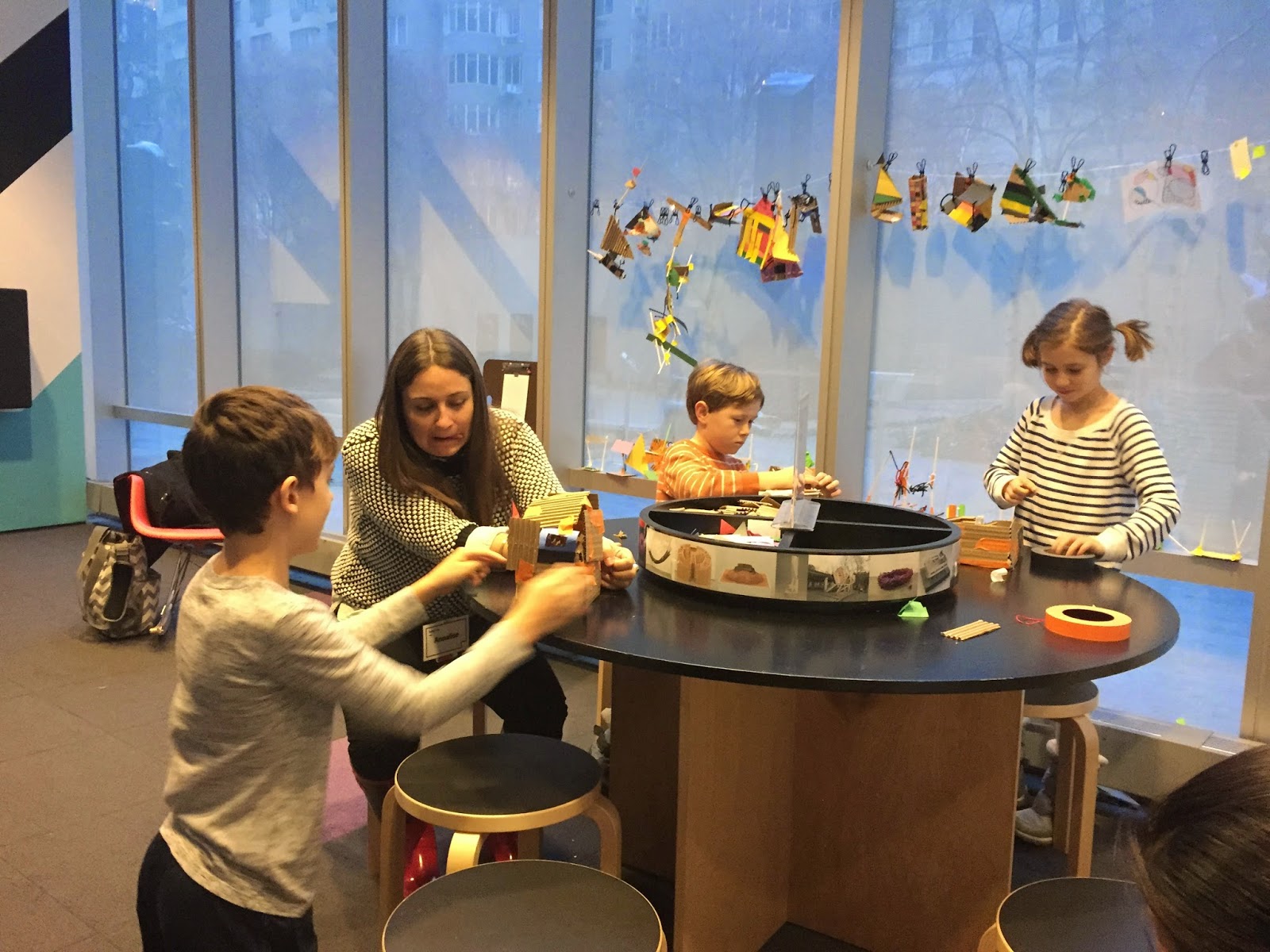 We met up with Luke and his mom at the Museum of Modern Art on Wednesday.  They have a creative space for kids called the MoMA Art Labs with various stations where kids can be creative.  We've stopped by once or twice but not in a while.

When we left the apartment to meet up with Luke, the first snow fall of the year had just started and the kids were beyond thrilled.  The novelty has yet to wear off. 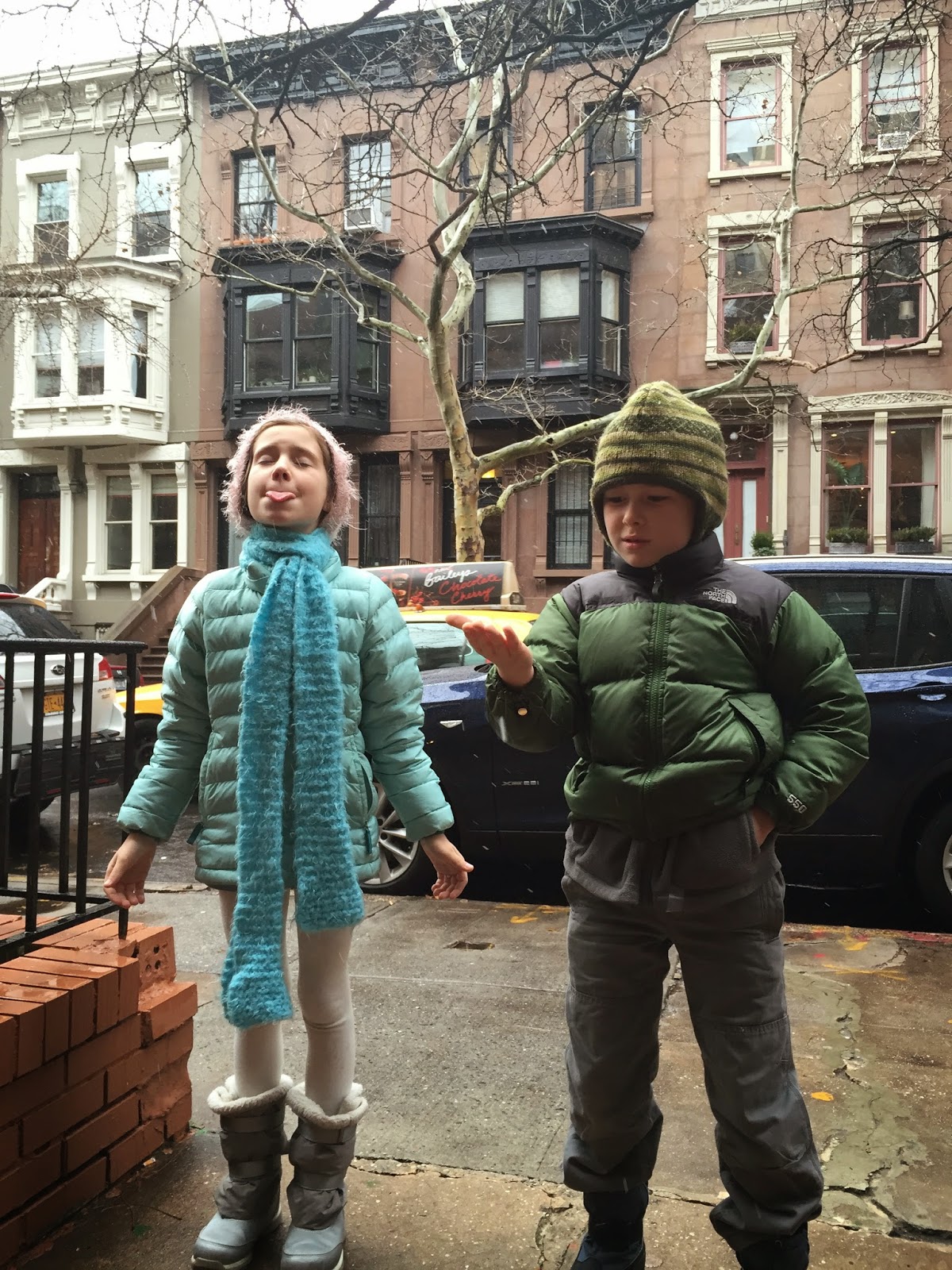 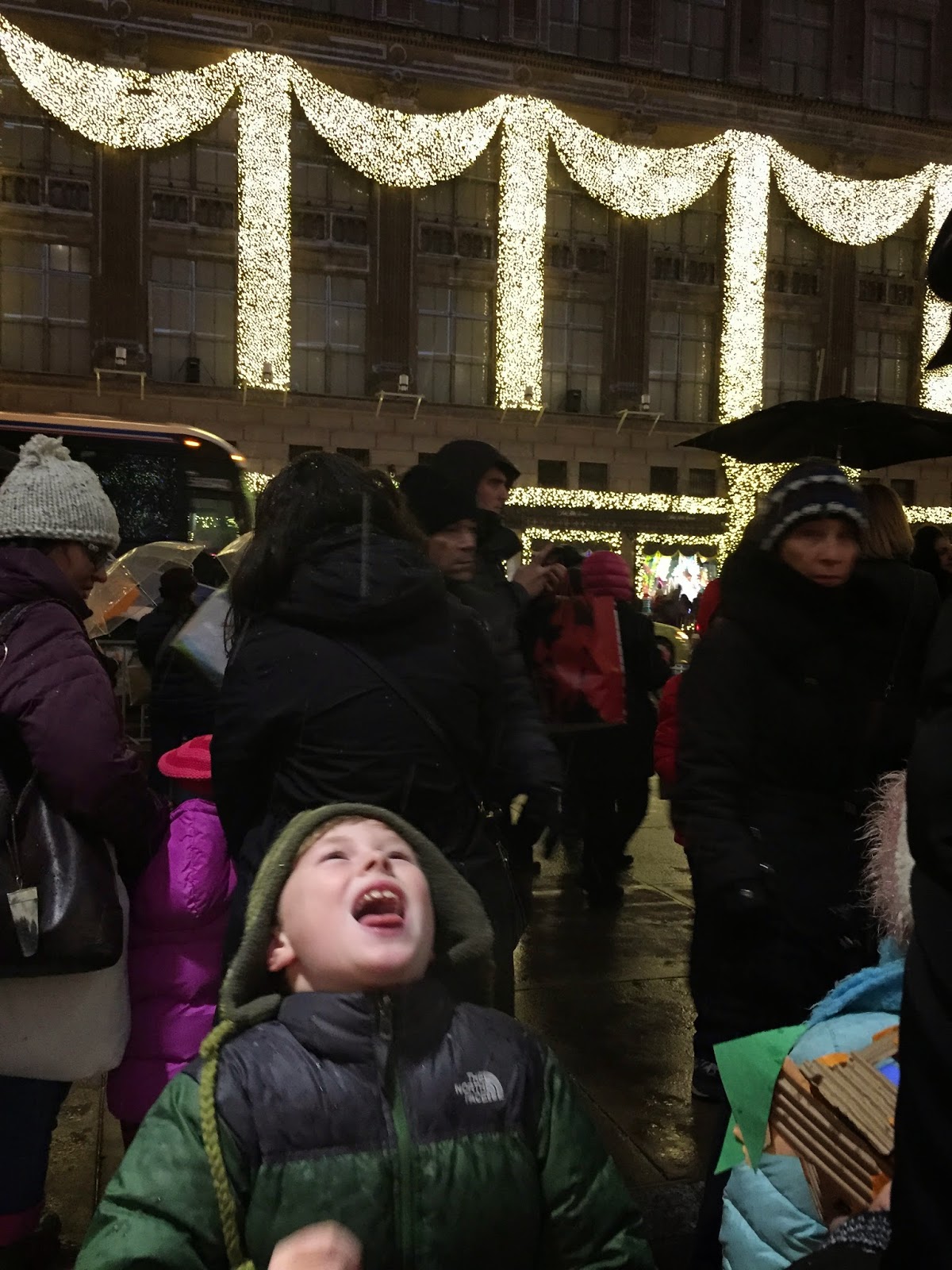 After the MoMA we wandered across the street to Rockefeller Center to get a good look at the big tree.  It wasn't quite as crowded as last Sunday and we were able to get right up to it without much struggle. 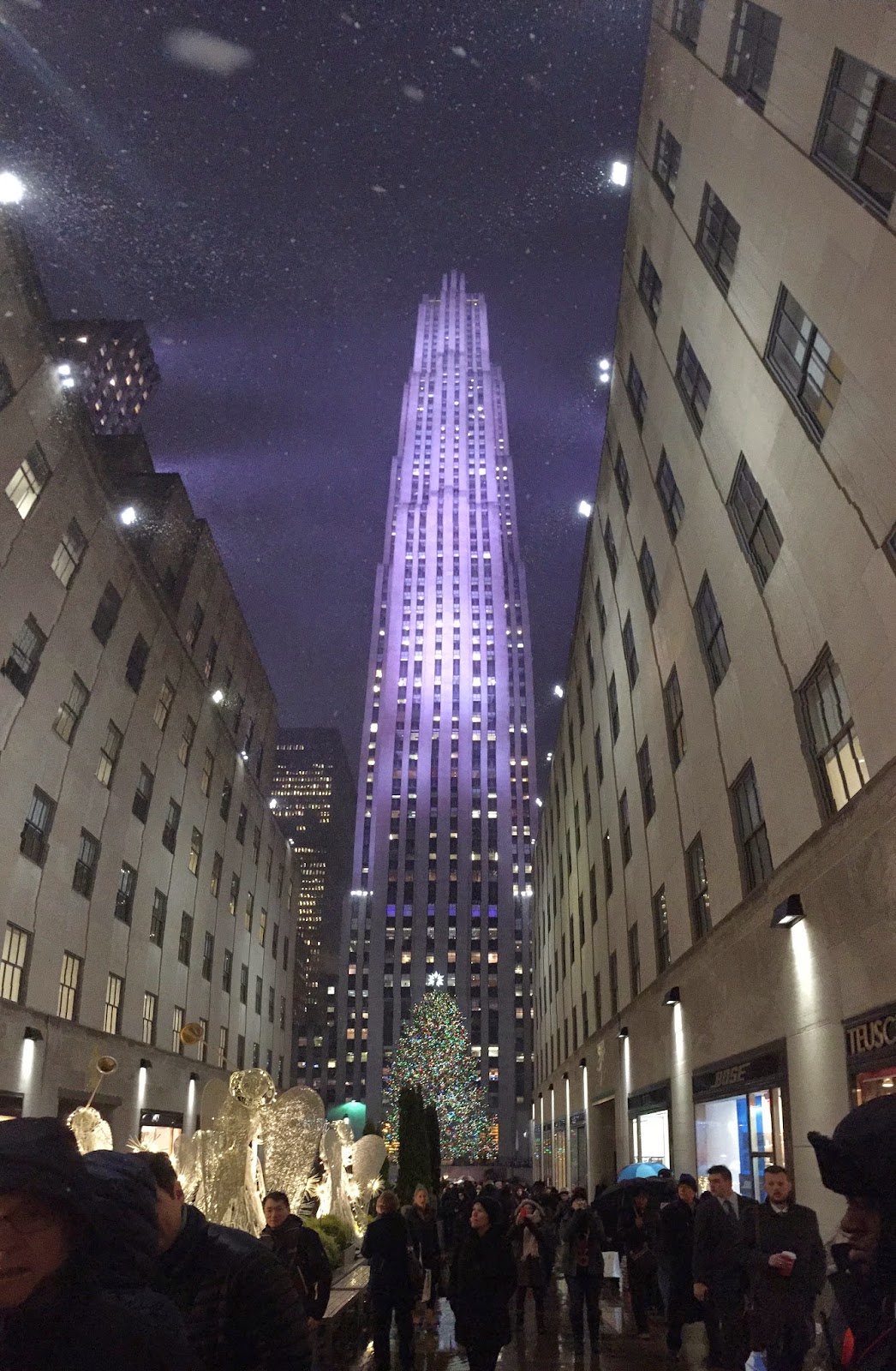 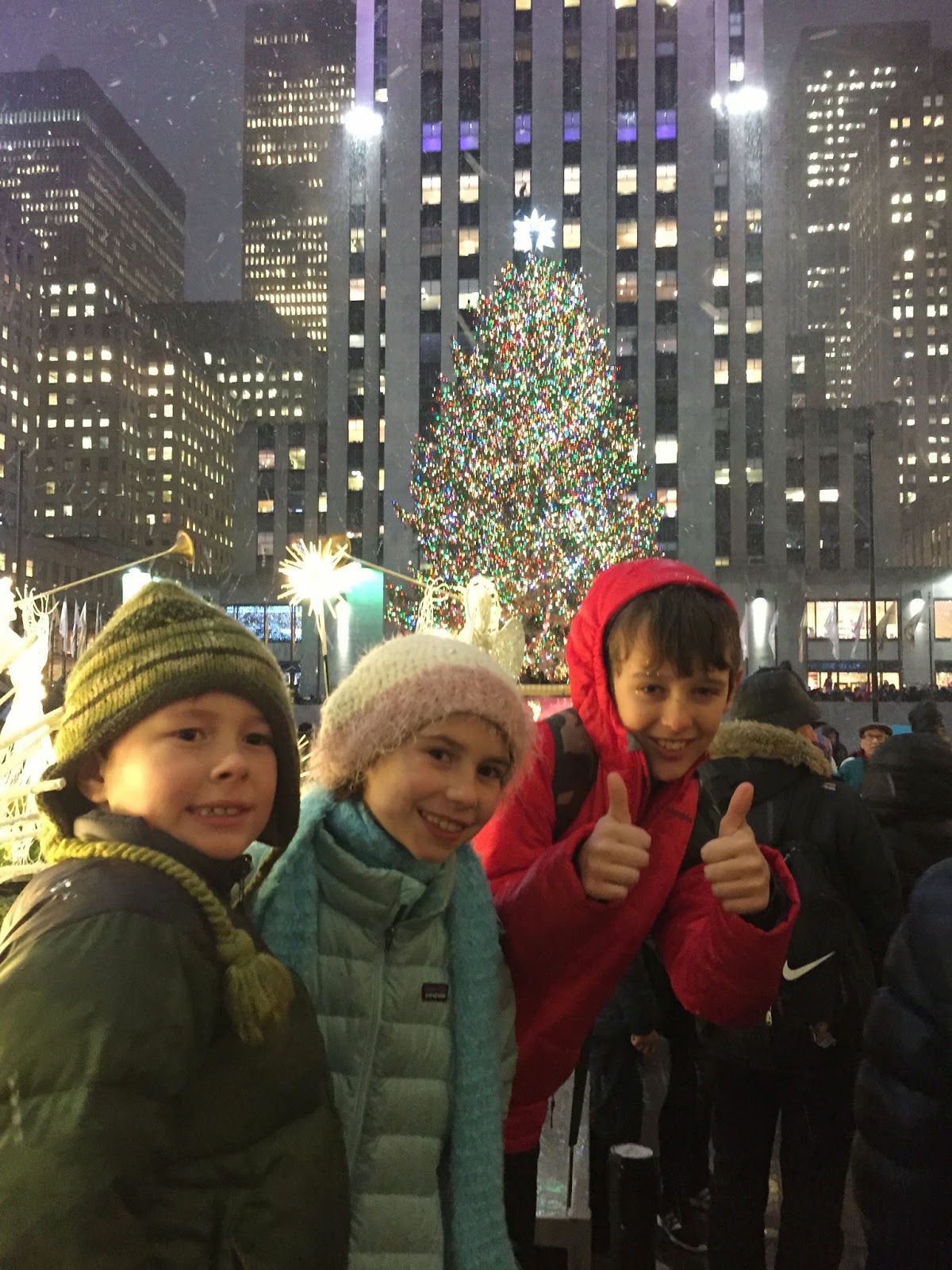 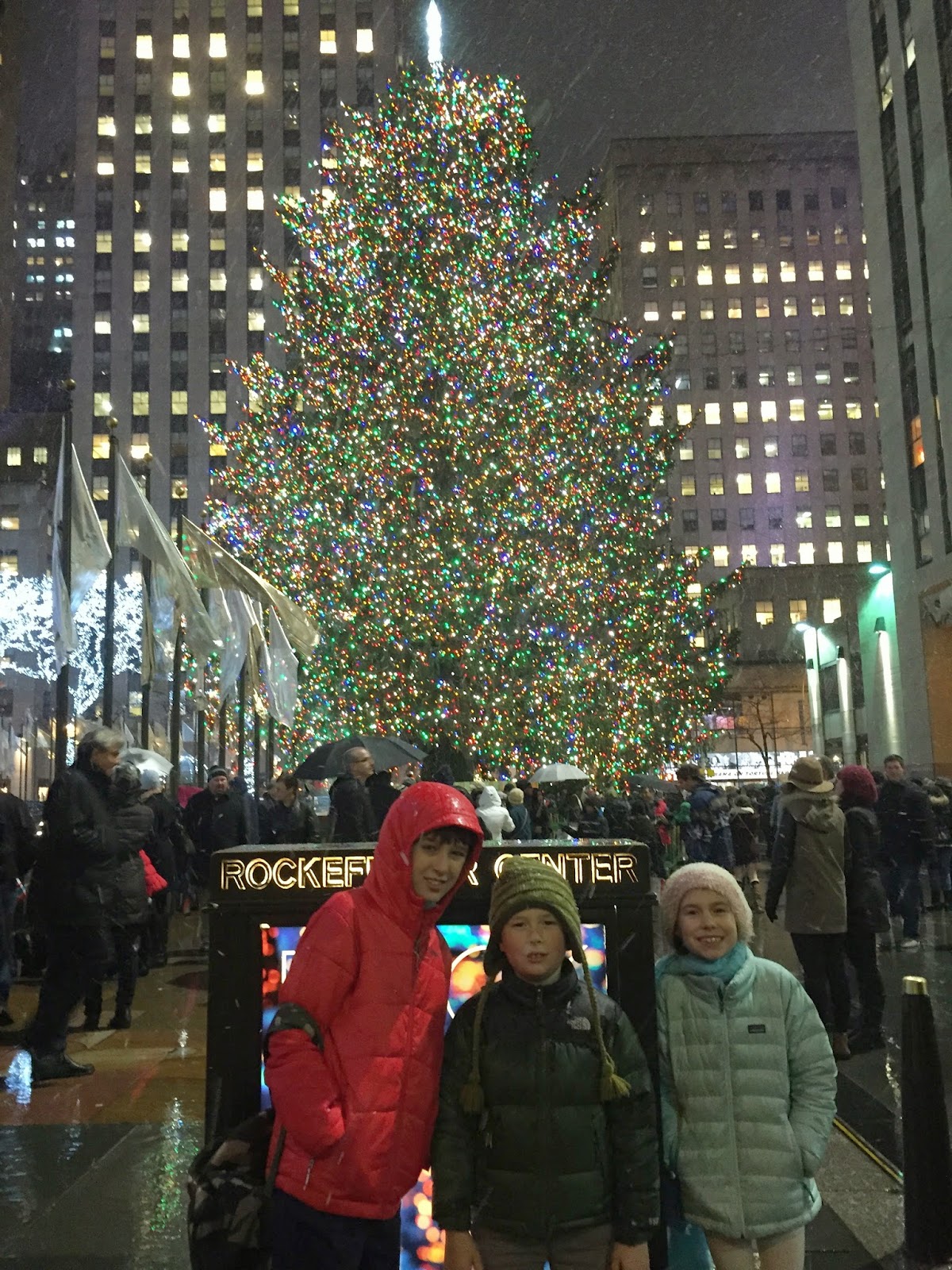 On Thursday night Kevin and I got the chance to say our goodbyes to David Letterman who is retiring in May.  We scored tickets to see his show live with special guest: Jamie Foxx (I love him). 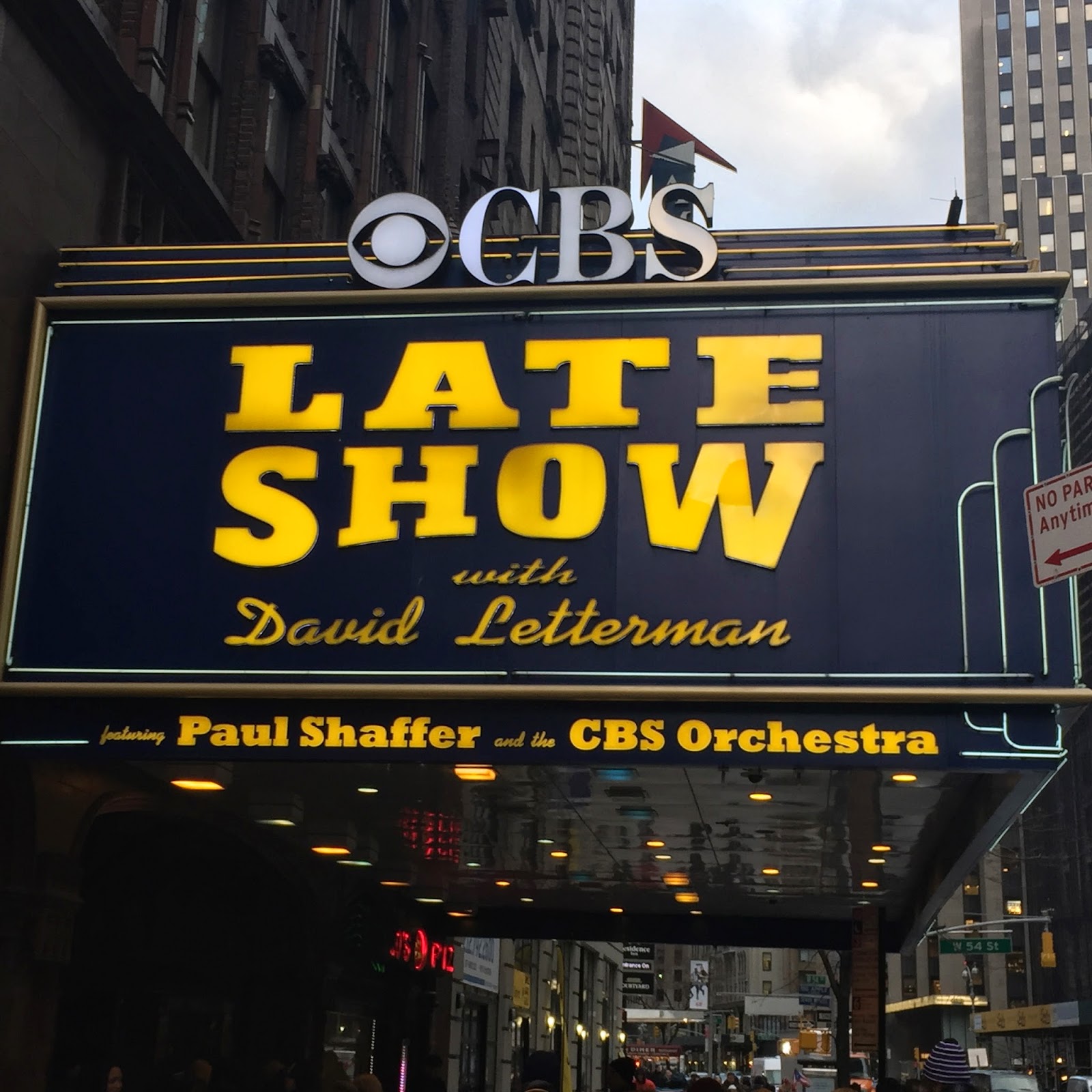 Just as cool was getting to sit inside the Ed Sullivan Theater where the Beatles made their U.S. debut.  Unfortunately, the building doesn't look like it's been renovated since and the chairs must be original.  I think Colbert is going to have to do some major remodeling.


I was wrong about Holden having no interest in painting pottery.  When he found out what Ella and I did he completely melted.  He was so mad to miss out.  So I caved and took him back to Make Meaning this week so he could paint his overpriced ceramic dragon. 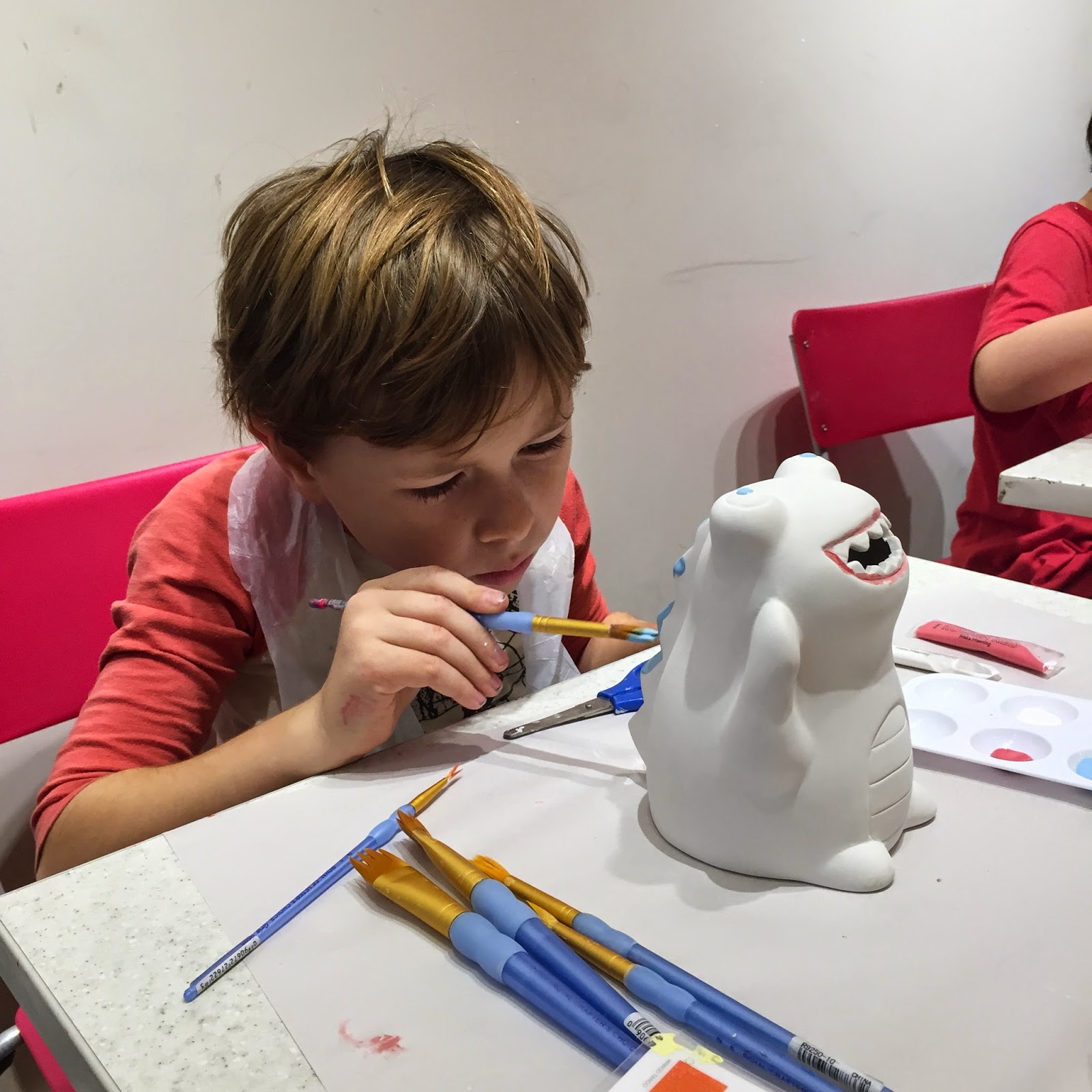 A week from right now we'll be on a flight to California.  I found a sealed letter to the North Pole ready to go in the mail, so I quickly opened it to get a peak in case there was valuable information in there.

Oh, no pressure.  She just wants a perfect Christmas. 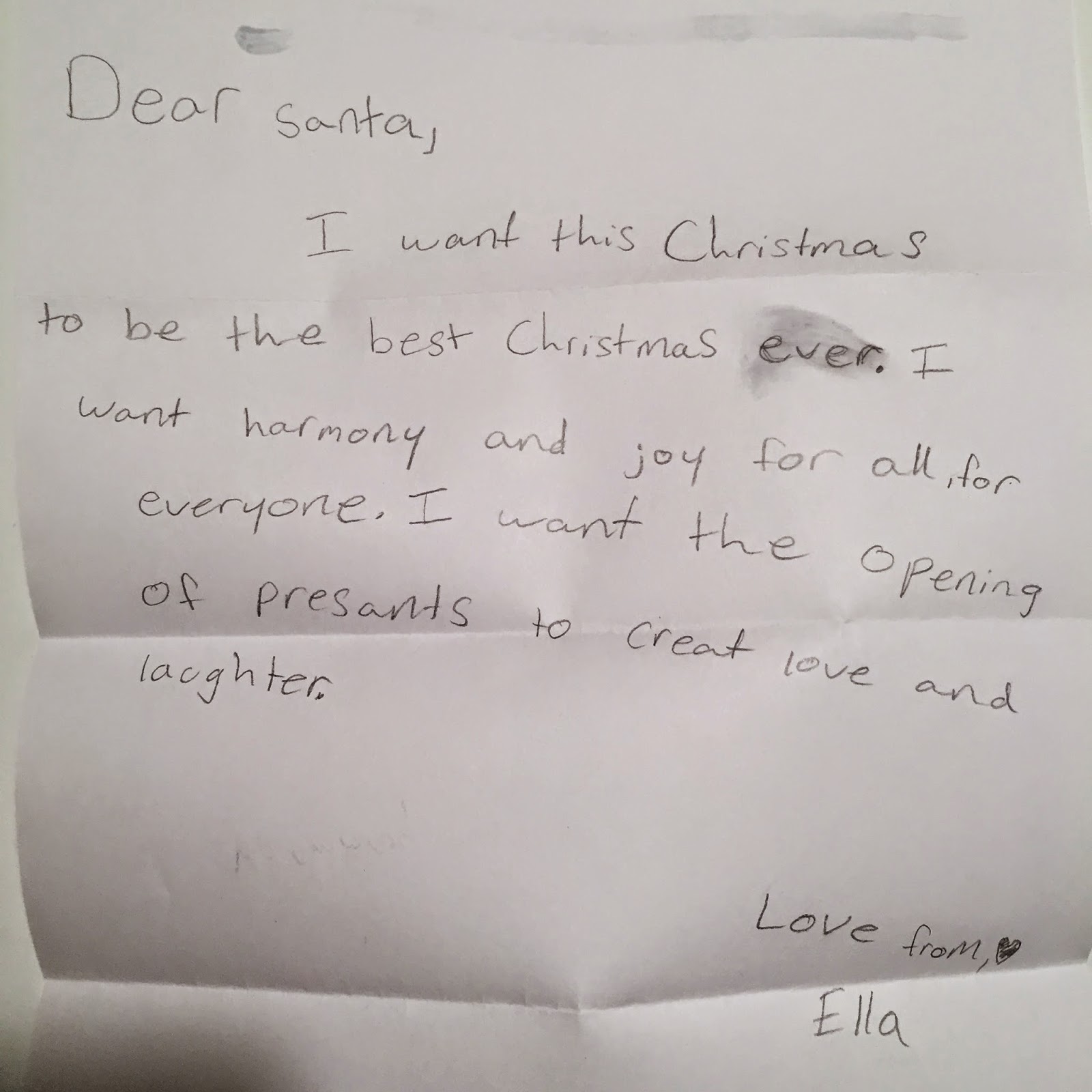 No more drama summer camp for her.