I Can't Wait for Monday

You'd think any weekend that begins with Ella vomiting can only get better.  You'd be wrong.


Friday night started off well enough.  The kids had their final mythology class at the Met for the semester and Kevin and I enjoyed wandering through the museum, checking out the Madame Cezanne exhibit.  It should have been a red flag that Ella had eaten nothing since her bowl of Cheerios in the morning, but unfortunately, that's not unusual for her.

She woke up on Saturday complaining of a stomach ache.  Convinced that she was starving, Kevin and I practically force fed her breakfast which came back up all over the living room couch.  I thought our day was over but she immediately bounced back and said not only did she feel better but wanted a plate of eggs.  We eased our way into the day but after a couple hours we were convinced that she did indeed feel better.  So we resumed our plans of seeing Santa and going ice skating. 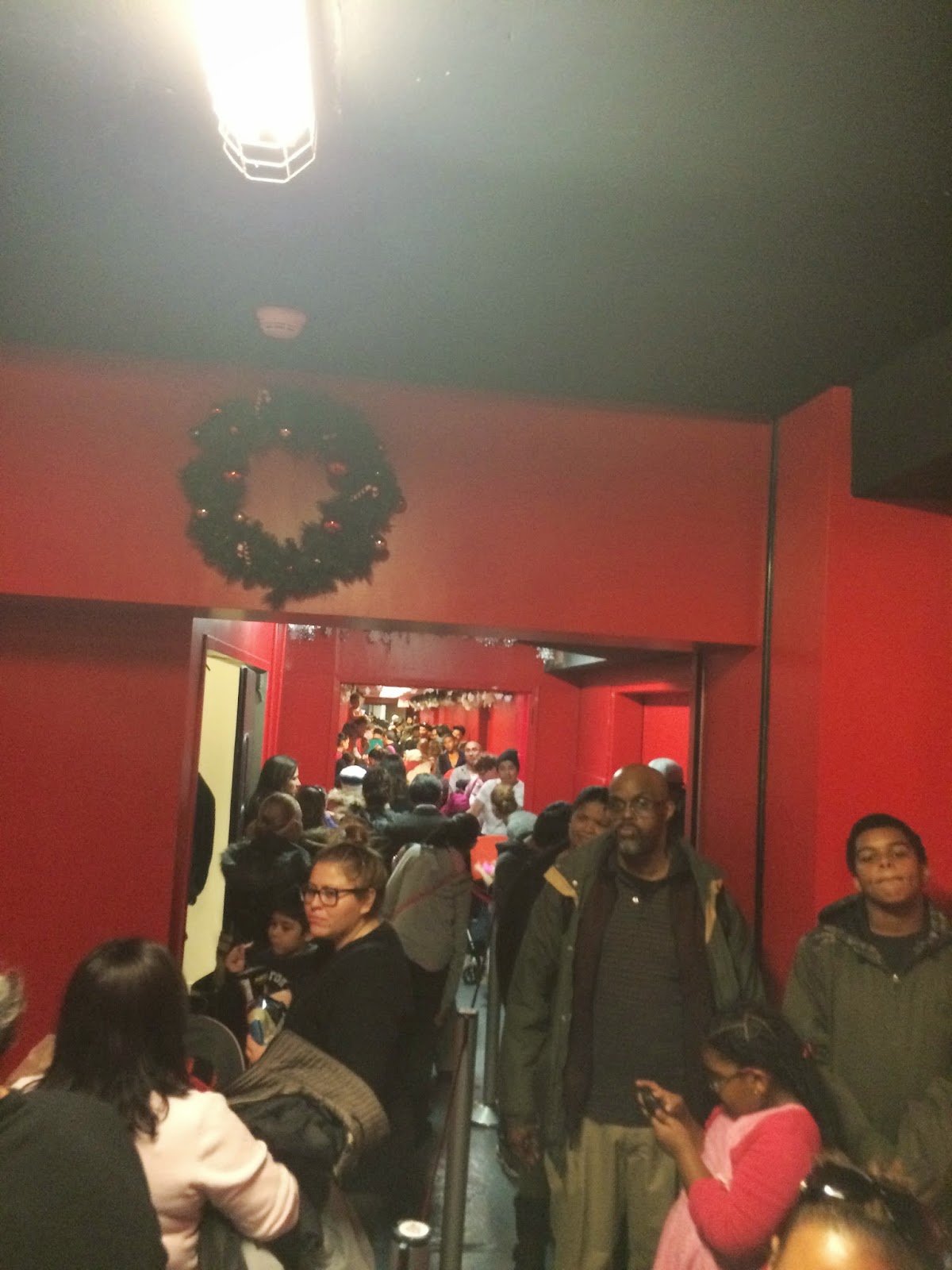 Guess what happens when you go to the world's largest department store a week and a half before Christmas to see Santa?

We saw the line and apparently we were in denial.  We got to the very end of the long snake and stood in line a half an hour before we came upon a sign we hadn't yet seen.  It said that from that point the wait is 3 hours.  Three hours long.  The crazy thing is that it took us another 15 minutes to decide to not spend our entire afternoon waiting in line to see Santa.

There were tears.  We promised to get up early and return right when Macy's opened on Sunday morning to get to the front of the line.  Kevin wasn't feeling well either, also nursing a stomach bug and in the early stages of a head cold.  He was ducking out every few minutes to take phone calls about some emergency going on at work.  But somehow he thought it was a good idea to suggest that we all still head to Bryant Park to go ice skating.  The kids were thrilled to have a Plan B.


Can you believe that we weren't the only people to think of ice skating in Bryant Park a week and a half before Christmas?  Again, we arrived to find a long, snaking line.  This time Kevin wasn't shaken.  He insisted we wait.  It took about 45 minutes to get to the front of the line and get on the ice.  It only took 10 minutes for Ella to glide off the ice crying because the rink was too crowded and she was scared of all the people falling all around her.  Can you see how thrilled she looks in that pink hat? 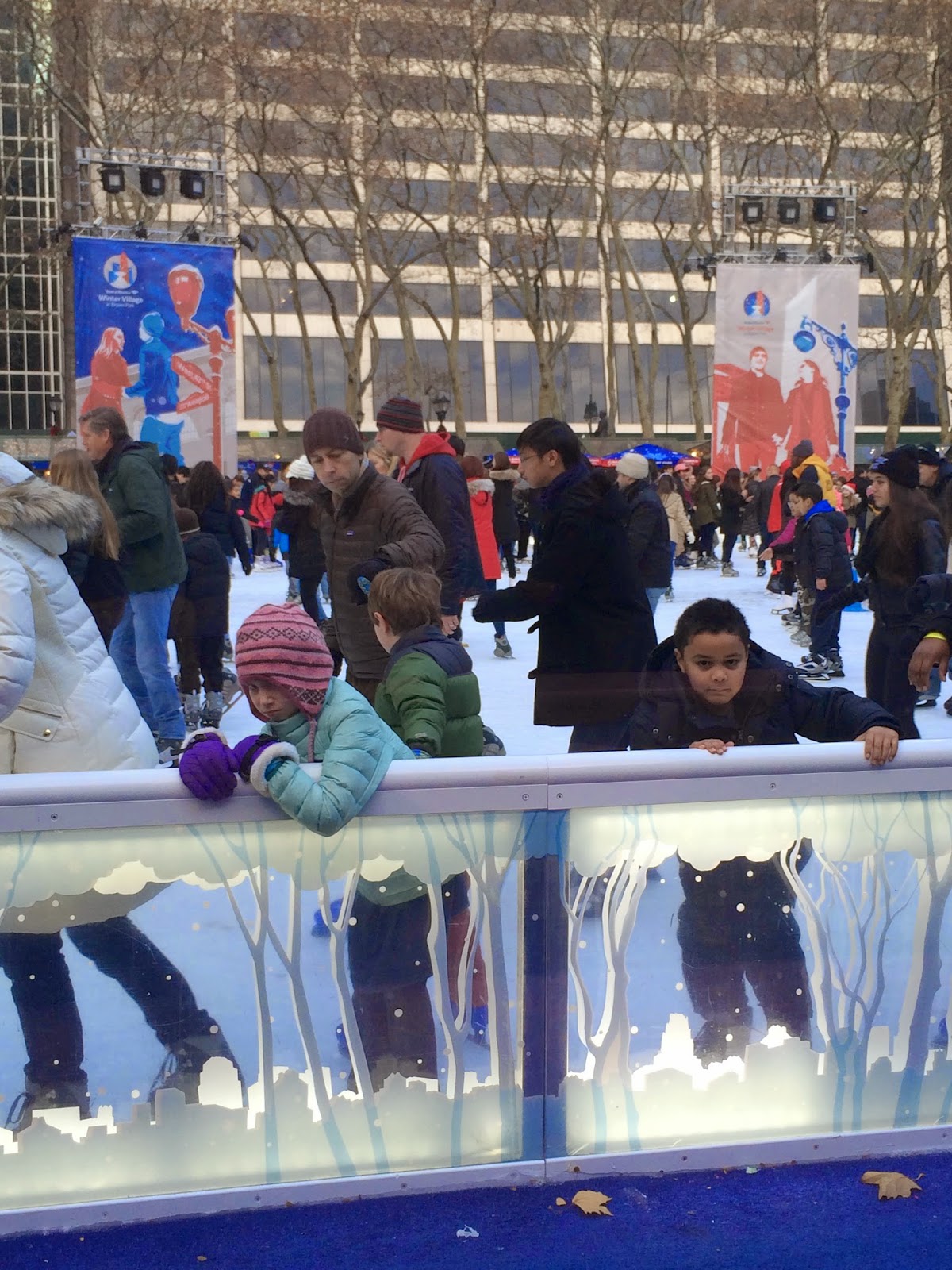 I was a ball of nerves dealing with the crowds.  Kevin and Ella are sick.  Kevin's work emergency continues.  Holden at this point is the only Skaggs having any fun.  We go to our favorite local Italian hole-in-the-wall restaurant and call it a night.

We rise on Sunday, not quite as early as we hoped, but still make it down to Macy's by 9am.  We're told the line is already over 2 hours long.  We can't stay.  We have tickets to see The Nutcracker in two and a half hours.  More tears.

We arrive at Lincoln Center by 11:45am to go to a Children's Workshop that I bought extra tickets to before the performance itself.  I thought it was going to be similar to one we went to in San Francisco where the kids make Nutcracker crafts while the adults sip Champagne.  We first find out that the Children's Workshop isn't where the performance is, but around the corner and down the block.  We go racing down the street and up 7 flights to find that the "workshop" is in a ballet studio.  And instead of crafts, the kids will get a mini-ballet lesson and do a small performance for the parents (there are about 100 there) before we all head back to the main ballet hall for the real performance.  Ella is not happy.  She refuses to participate.  She cowers behind me the entire 45 minutes.  Holden on the other hand, is surprisingly excited to learn to dance like a soldier. 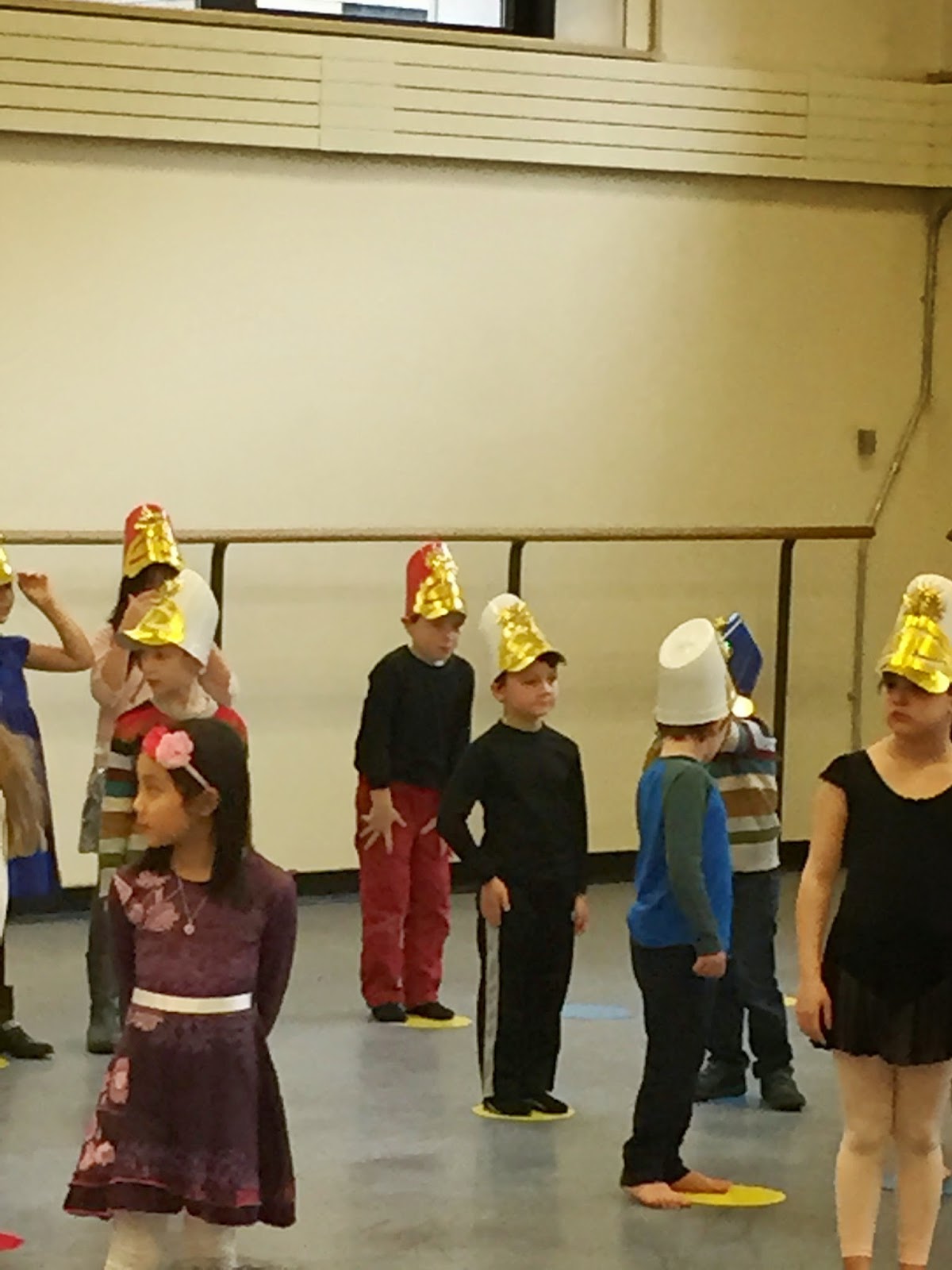 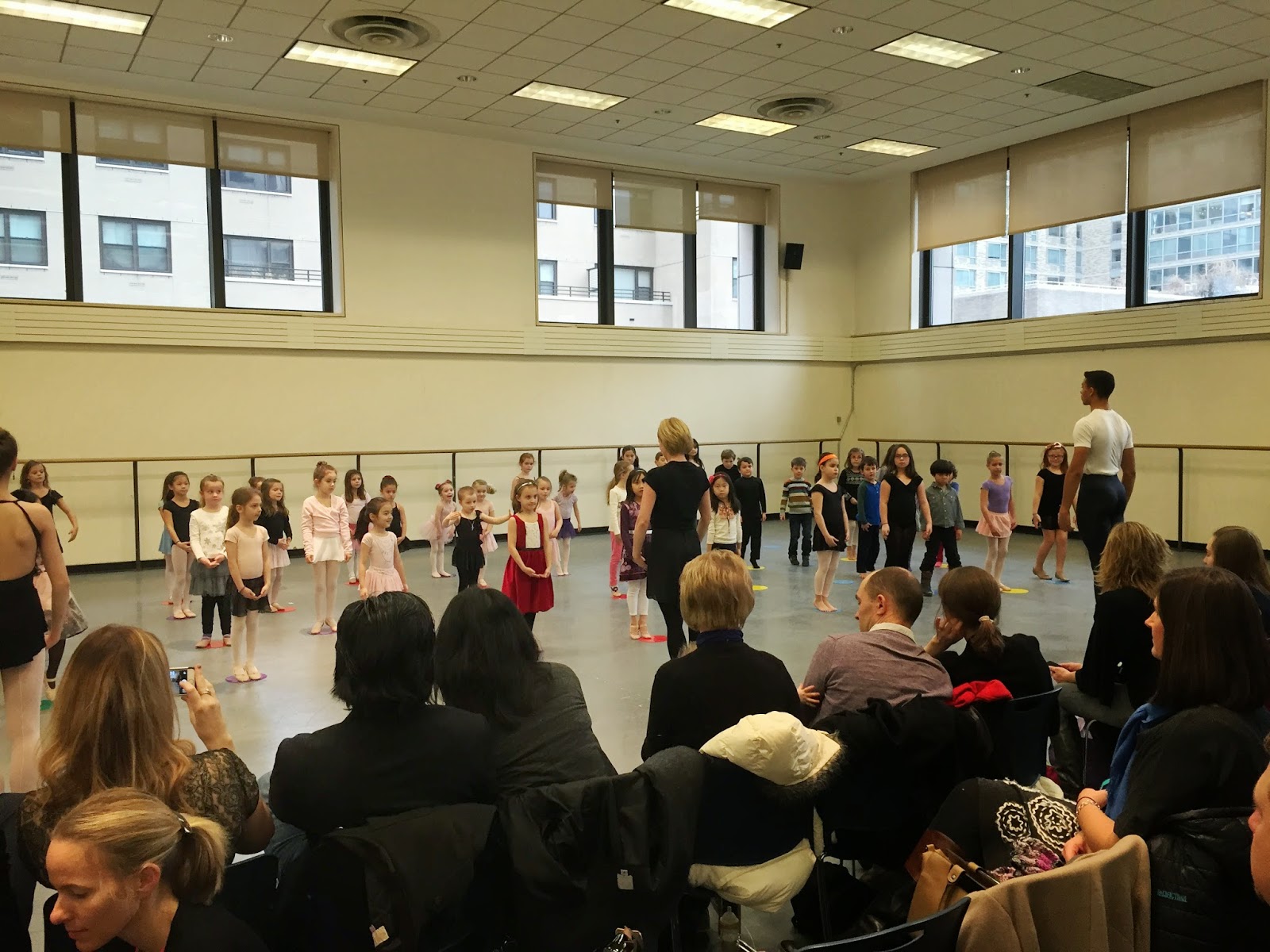 Ella then cries all the way back to Lincoln Center.  I can't figure out if she still feels sick, regrets not participating, or is just mad that she didn't get to take home a hat like Holden did.  She's not talking to me.

We get to our seats and are treated to the most amazing performance of The Nutcracker I've ever seen (and I've seen The Nutcracker more than any other performance).  This is the 60th anniversary of the New York City Ballet's Nutcracker choreographed by George Ballanchine and probably the most famous in the world.  We've been in the Opera House and the Symphony Hall of the Lincoln Center for the Performing Arts, but we hadn't yet been in the Koch Theater where the ballets are held.  Like the other buildings, it is pretty spectacular.  Ella was quickly cheered up. 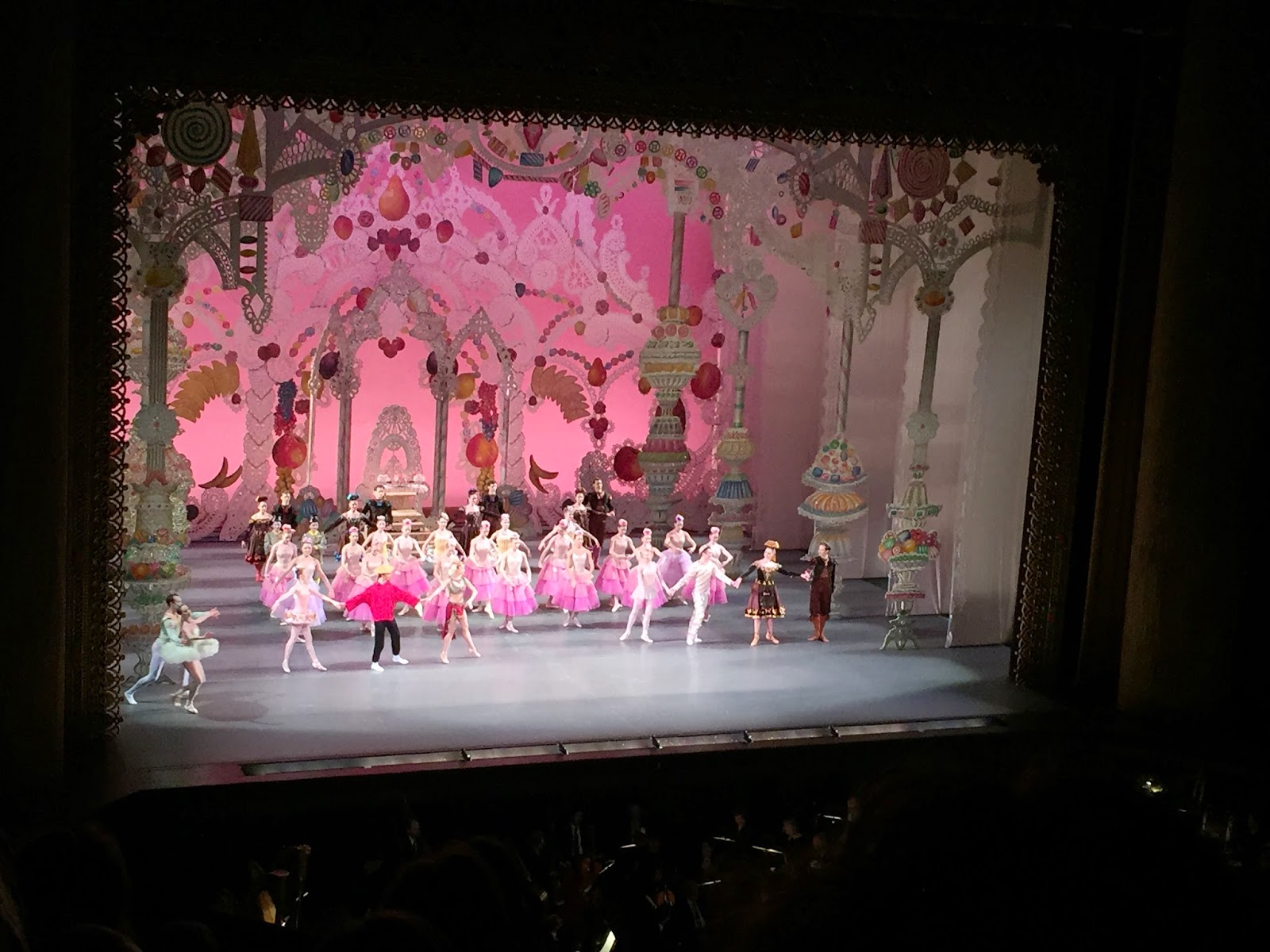 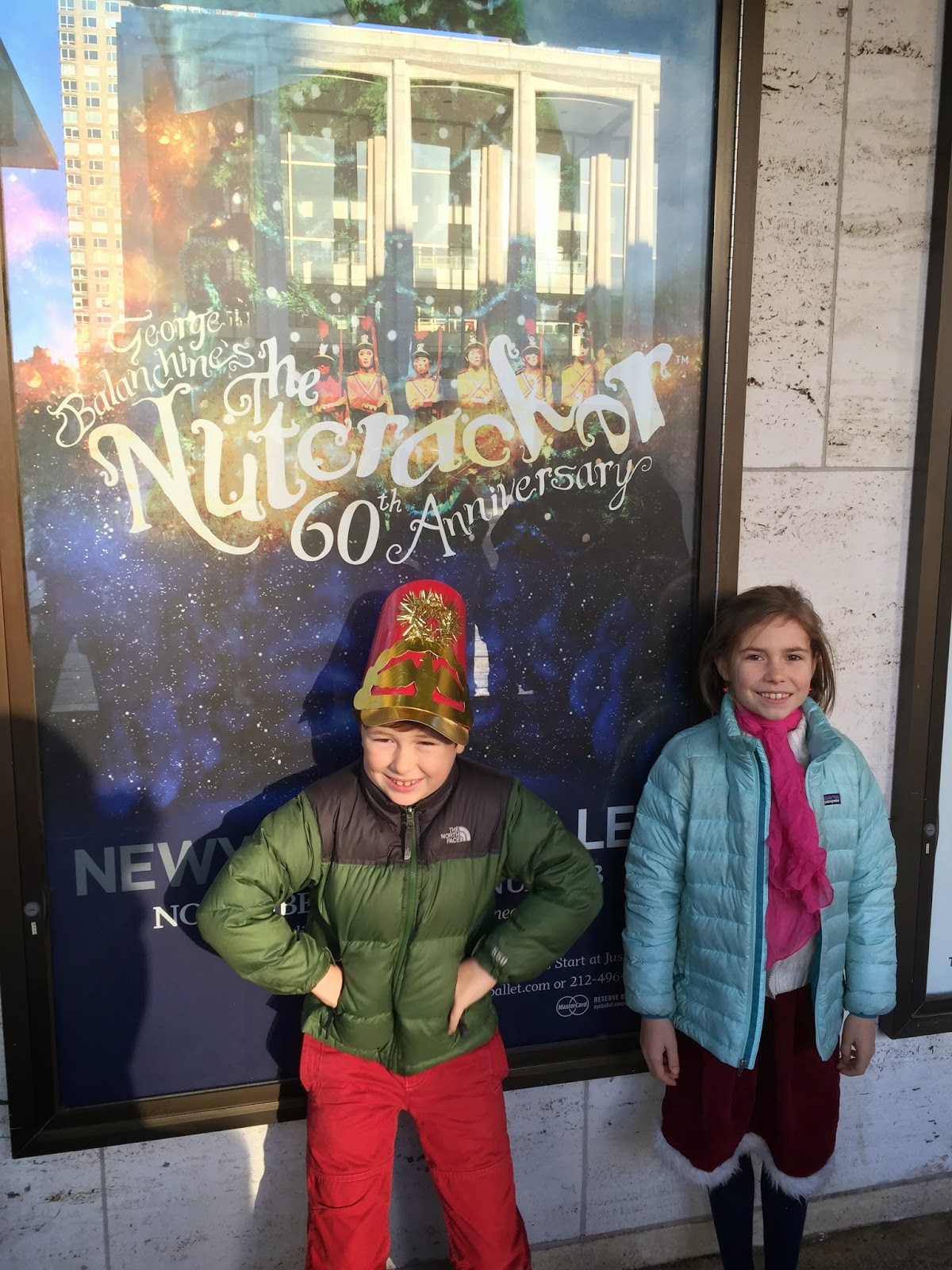 We're hoping that homeschoolers are the only kids in line to see Santa tomorrow morning.